Bulls manager jailed in SA Next
Back
Internationals

Bill Sweeney has revealed the Rugby Football Union is yet to receive any legal contact from the group of former players preparing claims for negligence against rugby’s unions.

World Cup winner Steve Thompson is among a group of players preparing lawsuits against the RFU, the Welsh Rugby Union and global governing body World Rugby.

Chief executive Sweeney insisted the RFU has not yet received any legal contact over the issue – but also conceded no one at the organisation has yet spoken to former Northampton and England hooker Thompson.

Chris Ashton lets it all hang out on All Access with his old friend, Big Jim.

Thompson is among a group of ex-players suffering early-onset dementia symptoms in their early 40s, with the former front-rower admitting he cannot remember any of England’s matches at their victorious 2003 World Cup.

“It’s important to point out that we haven’t received any formal legal approaches yet,” said Sweeney.

“So all we’re knowledgeable at is what we’re reading currently in the media.

“We don’t have any specific case or specific conditions laid out, so it’s a bit premature really and hypothetical to speculate on what’s going there.

“And we haven’t got into any detailed discussions on insurance or cover because we don’t know the nature of what’s been presented yet.”

Asked if the RFU has contacted Thompson this week, Sweeney said: “We have tried to contact him this week, unfortunately we had the wrong number for him to begin with, which didn’t help.

“We only found that out after 24 hours.

“That’s just to have a chat and see how he’s doing, but we haven’t made contact yet.”

'There has been contact… We will wait and see.'

Sweeney pledged that the RFU will remain “open and transparent” in reacting to the specific situation, but also in continuing their work to minimise concussions and improve player safety in rugby.

“This has been a very challenging week.

“First and foremost in these legalistic times this is very much a human story.

“…I think people are being a little disingenuous if they’re not prepared to say about the huge steps we’ve already taken.”

“And we recognise what’s happening here, we recognise the difficulties the families are going through and then bringing these stories into the public.

“We applaud them for doing that, but also in the context of their motivation which is to improve the game and make it better and safer for future generations.

“We would certainly share that and take it to heart. And it’s impossible not to be moved by it.

“We’ve got to make sure we’re making the necessary changes, to ensure we’ve got the safest possible game across all the different levels. 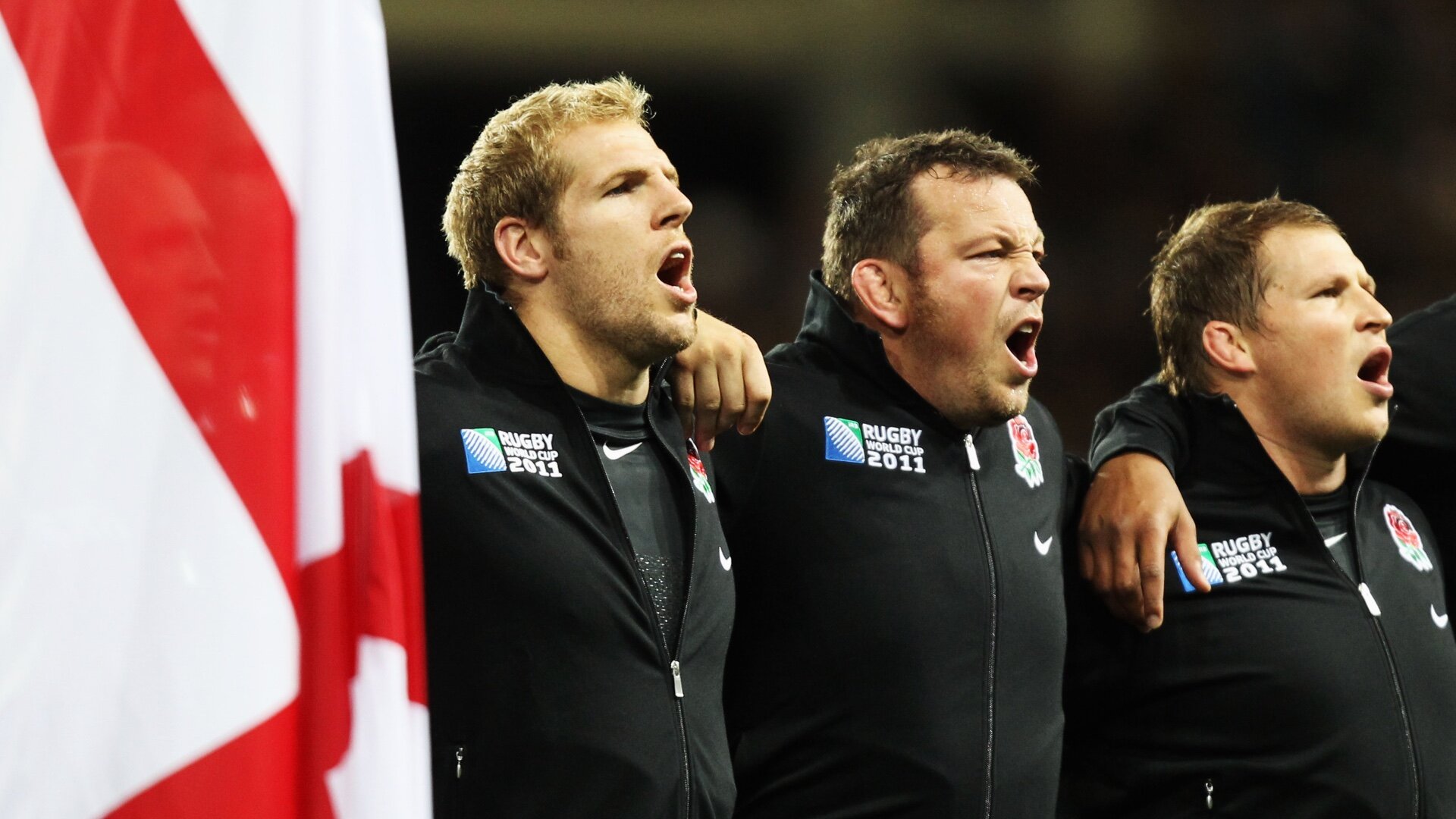 Steve Thompson, pictured here at the 2011 RWC, is one of a number of players that are set to sue the Rugby Football Union (Photo by Warren Little/Getty Images)

“And we do take player welfare extremely seriously, I want to reassure you of that.

“It features in every strategic document we produce.”

Sweeney conceded however that the RFU does not currently have any plan for monitoring or testing retired players when it comes to head or brain injuries.

“We don’t have any protocols for monitoring or screening players who have retired,” said Sweeney.

“It’s important to stress that the aim to make the sport safer, and all the work that goes into that, that’s a journey that has no conclusion to it.”

Sweeney also insisted the RFU now has its finances under control, despite expecting to return at least a £30million loss for the 2020/21 financial year.

“We expect to lose about £135million worth of revenue through this financial year,” said Sweeney.

“And that on current forecasts means we’re expecting something in the region of a high £30million loss, which of course is difficult but is better than we were projecting even a month ago.

“We’re on top of the situation, having restructured the business that resulted in 119 redundancies.

“So the RFU business model is inherently still sound, but it will take a few more years to get back to being debt free.”