Six England back row contenders Next
Back

Returning halfback Jake Gordon has jolted the NSW Waratahs out of their winter malaise in a record 45-12 Super Rugby AU rout of the Queensland Reds. Making his first start since pre-coronavirus, Gordon bagged a first-half hat-trick as the Waratahs racked up one of their biggest wins over the Reds in the arch-enemies’ storied 138-year rivalry.

The Waratahs piled on six tries in all, almost every one a gem, to finally breathe some life into their 2020 season.

The 40-point margin was the Waratahs’ largest in a win over the Reds since the inception of Super Rugby in 1996, eclipsing their 34-3 triumph in Brisbane in 2014.

The bonus-point victory was also the Tahs’ first over regular Australian Super Rugby opposition of the year, having lost five previous matches against the Reds, Brumbies and Melbourne Rebels.

It also propelled NSW above Queensland on the ladder into the all-important third spot in the race to the three-team finals series.

But, perhaps most importantly of all, the Waratahs won in style, thrilling their diehard fans who braved the cold and wet on Saturday night with some breathtaking tries.

There was none better than Gordon’s first in the 10th minute.

Spreading the ball from their own half, exciting young winger James Ramm regained his own chip kick before showing quick hands back inside to Karmichael Hunt, whose brilliant flick pass found Gordon.

Finally free of the nagging hamstring injury that has sidelined him since before the suspension of Super Rugby proper in March, Gordon crossed again in the 17th and 27th minutes.

Alex Newsome and Jack Maddocks added to the point-a-minute blitz with further tries while five-eighth Will Harrison slotted six goals from as many attempts to have the Waratahs home and hosed at 38-0 up before the break.

Not even a halftime deluge could stop the Waratahs’ newfound razzle-dazzle. 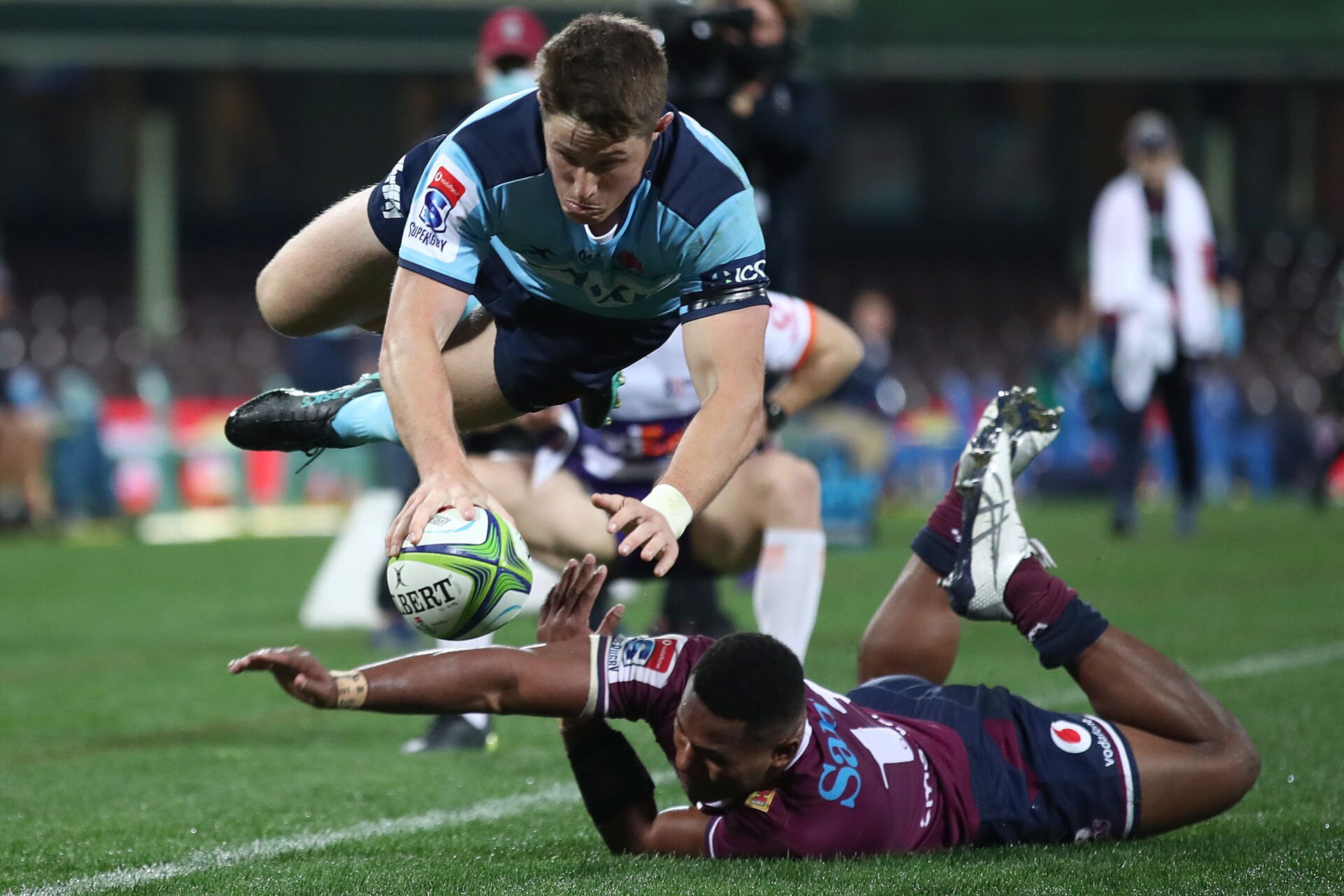 When hooker Tom Horton scored in the 52nd minute, the Tahs were leading 45-0 – the exact same scoreline as NSW’s previous biggest win over Queensland back in 1955 at North Sydney Oval.

The Reds finally got on the board when Jack Hardy touched down from a cross-field kick two minutes later, ultimately denying the Waratahs their heaviest win over their fierce rivals in more than a century of clashes.

James O’Connor added Queensland’s second try after the fulltime siren but it was little more than a consolation effort for Brad Thorn’s humbled side.