Hurricanes player ratings vs Chiefs Next
Back
Internationals

The established order in the England backrow seems unruffled. A settled trio. At the base of the scrum you have the guv’nor, Billy Vunipola. At the ripe old age of 27, the 45-cap No 8 gives Eddie Jones’ men precious go-forward. A three-time winner of the Champions Cup, he’s what Sir Ian McGeechan would label a Test Match Animal. It’s fair to say Billy’s had his fitness problems, however. Three arm-breaks has meant a missed Lions tour and numerous Six Nations games meaning back-up is essential. On the blindside is that strapping ball of muscle, Tom Curry, who at 22 is already rated as one of the most dynamic backrows in the world, able to cover any position across the backrow. Completing the power-packed triumvirate is Sam Underhill, the Bath openside. Slightly older than Curry, Underhill is pound-for-pound, one of the hardest hitting flankers in world rugby and has an improving carrying game. With injury and loss of form, however, it pays for the men in situ to have competition for the England shirt, especially in a Lions year. The following individuals have every opportunity to break into that rarefied backrow club with a series of eye-catching performances in the coming season.

The only caveat pinpointed by RugbyPass is that all players named are 23 or under (meaning Lewis Ludlum and Sam Simmonds both narrowly miss out) and thus have at least two World Cup cycles ahead of them.

It’s not often that captaincy is bestowed on one so young, but Worcester Warriors Director of Rugby, Alan Solomons had no hesitation in handing ‘Big Ted’ the club captain’s armband for the following campaign, calling him ‘intelligent and articulate’. He has also likened him to another muscular behemoth at the same age; Duane Vermeulen. Former Head of England Pathway and now Dragons coach Dean Ryan was another committed admirer, describing the bespectacled Hill’s point of difference being his ‘immense physical stature’ and at 6ft 5in and nearly 18st the blindside regularly drives opposition ball-carriers backwards at a rate of knots. With the ball-in-hand, he has the confidence to offer himself up for the collisions and prefers the direct, rather than scenic route. A star at England age-grade level, Hill has already been named as an apprentice by Eddie Jones, and he made a brief cameo against Japan. His progress will be closely monitored as France 2023 draws closer.

Barely two years ago, Alex Dombrandt was getting roughed up in the Welsh Premiership while studying at Cardiff Met, with two acts of skullduggery breaking his jaw. It made him question whether he wanted to pursue a career in rugby. Fortunately for England he quickly dispelled jacking it in. Like Ben Morgan before him, despite overtures from his Welsh brethren, the Croydon-born No 8 nailed his colours to the Harlequins mast on his return from the Principality and he has proved to be a shrewd acquisition by the powers-that-be at The Stoop. At 6ft 4in and nearly 19st, the slimmed down version of the hulking backrow is a sight to behold with the ball in hand in open space. The backrow reads the game astutely and can often hits holes in midfield to open up defences with a decent turn of pace. His break, offload and sleight of hand out of the back door against Saracens to put Danny Care away left fans purring and demands for his inclusion in the England squad. You wonder if his time will come sooner than later.

Most of the world’s best backrow breakdown operators are short and squat, in the mould of George Smith (a former team-mate), David Pocock or Josh Navidi but Willis is 6ft 3in and still one of the Premiership’s best snaffling the ball on the deck. Indeed those boffins at OPTA said he had made 24 jackal turnovers last season when no one else had won more than 10 in the same vein. Square-jawed and uncompromising, the blindside from Reading was enjoying a breakthrough season in 2017-18 and had been picked to tour South Africa with England before a serious knee ligament injury saw him miss the entire 2018-19 season. Able to operate with a No 8 and No 6 on his back, Willis carries with venom in midfield and has deft hands to offload out of contact. Along with Hill, he’s a viable option for 2021 and beyond.

The @WaspsRugby star is absolutely tenacious with and without the ball ?#RugbyReturnspic.twitter.com/5yuzZ2l9Wk

Reared by the feted Saracens academy, Kent-born Earl is to spend his year on-loan with Bristol Bears under the tutelage of a handy backrow in his day, Pat Lam, but the fact that Earl stood out in a season of utter turmoil for his boyhood club, does him immense credit. An England age-grade regular – he captained the England U20 side – before establishing himself amongst a Saracens backrow that included Billy Vunipola, Michael Rhodes, Jackson Wray and Calum Clark, Earl has long been pinpointed for great things. Muscular and low-slung, and physically, closest in size to Tom Curry, with a decent leg-drive, he powers through tacklers before pulling away from heavy-legged defenders. His form was noted by Eddie Jones who selected him for the 2020 Six Nations where he gained valuable minutes against Scotland, Ireland and Wales from the bench. He did not look out of place. 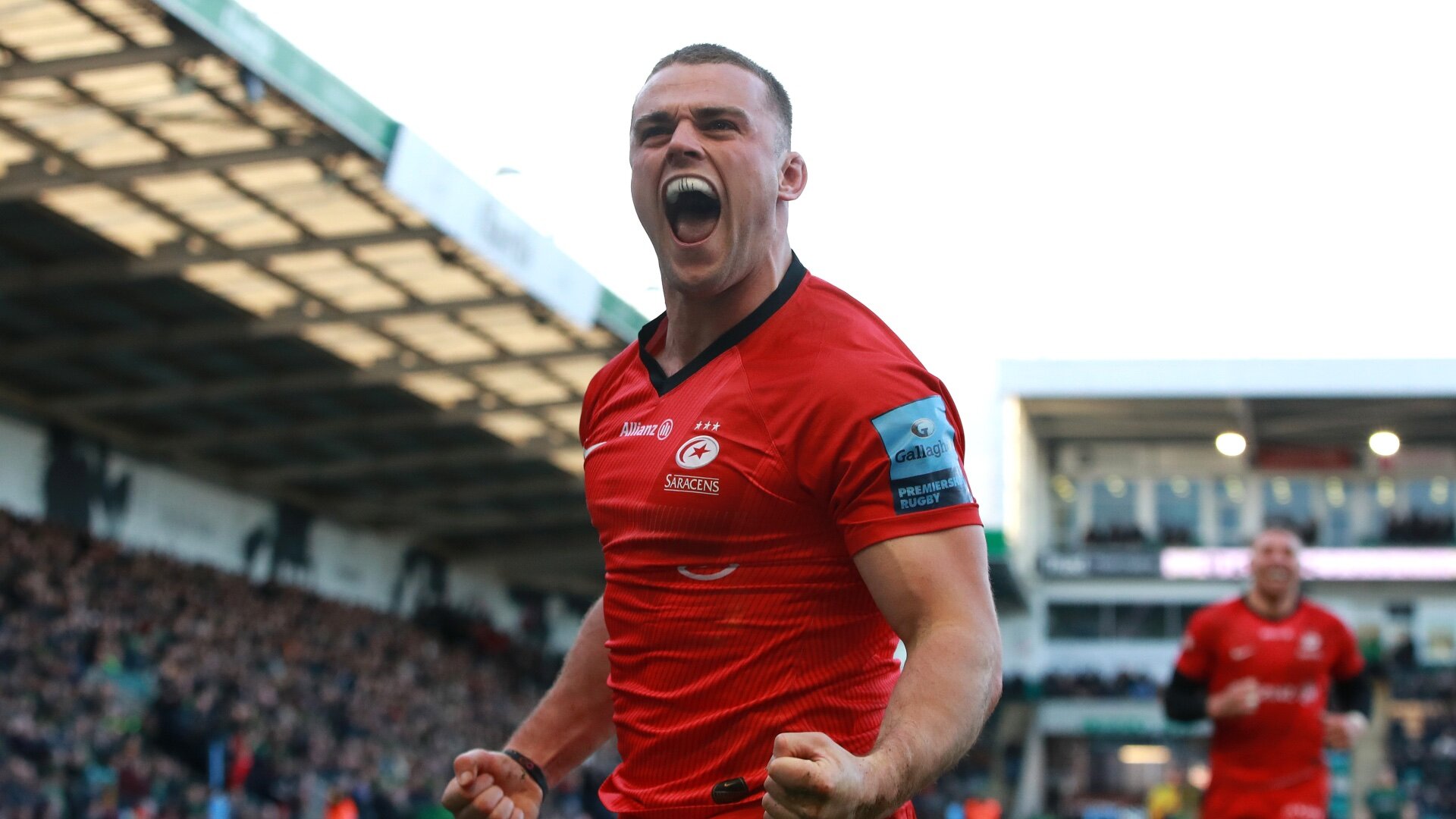 For some, it must feel like Zach Mercer has been playing professional rugby for quite some time, given he made his Premiership debut for Bath at 19, but he has already racked up  over 70 appearances for his club and only turned 23 in June. The son of Kiwi rugby league player Gary, the former Glasgow and Scotland defence coach, Mercer was another England star at U20 level and he has proven to be a high-quality Premiership player at blindside and No 8. Rangy, with long levers, Mercer has a V12 engine which was exhibited when he chased down Marcus Smith in a footrace from 90m and enough pace to give Alex Cuthbert the outside line before smashing him into touch. Mercer is on Jones’ radar and has had two caps for England in 2018,. While he is currently being overlooked, he is too good a player to not be part of the selection discussion in the coming years.

Ben Curry knows every strength and weakness of the England backrow, Tom, because it’s his twin brother, and while he couldn’t be blamed  for some sibling envy, he hasn’t hidden his ambition to join his brother in pulling on the Red Rose, as he did at England U18 and U20 level. He came close in 2017, when being called up for the Argentina summer tour but didn’t get any game time due to an ill-timed ankle injury. Jones had, tongue firmly in cheek, said Curry could play at No 9, but Steve Diamond speaks about his openside in glowing terms and knows his value. He’s made the No 7 shirt his own this season in brother Tom’s absence. Physically, he’s tenacious in defence and a canny operator at the breakdown. Ben’s name was mooted in dispatches for the 2020 Six Nations campaign, which suggest he is not too far away from joining his twin brother on the grandest stage. 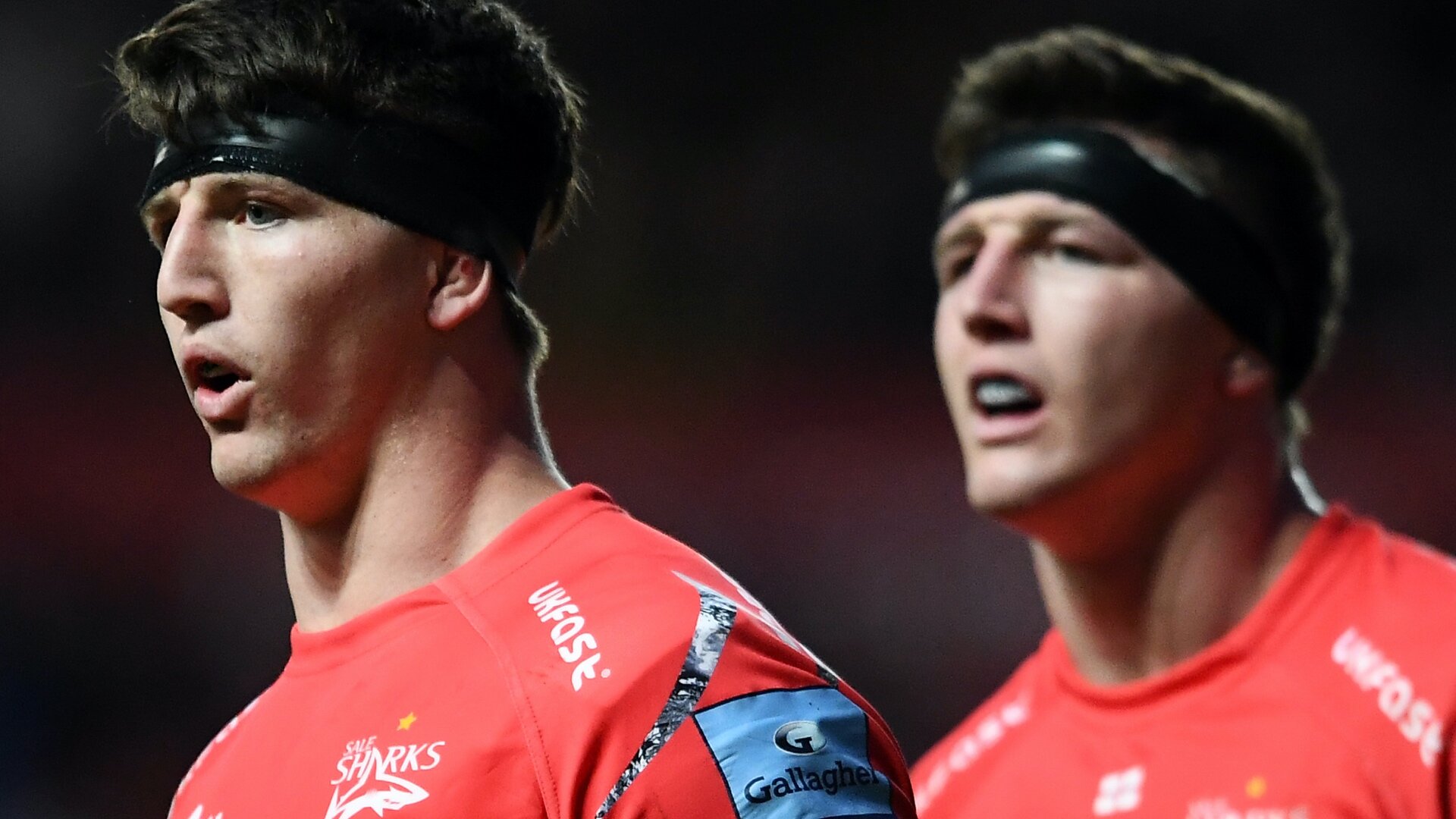