British & Irish Lions Managing Director Ben Calveley has seemingly ruled out relocating the three Tests with South Africa to the UK but the option should still be on the table.

I understand there are major complexities around creating a secure bubble and moving the location of that bubble and particularly the Test matches but if you can move them from Johannesburg to Cape Town, as looks likely with the second and third Tests, then it should be possible to move them to Twickenham.

I only use the home of English rugby as an example because I know it’s available on the date of all three of the Tests but I’m sure Cardiff, Edinburgh and other locations would be options as well.

It goes without saying but how good would it be to see fans watching what should be the pinnacle of our sport and atmospheres comparable with the scenes we’re seeing in football at the moment? Bring it home. 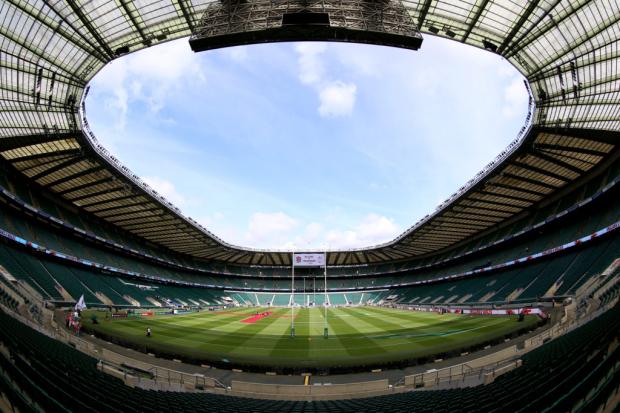 Stadiums and events across England are able to operate at full capacity from July 19, five days before the first Test is due to take place. I’m not sure what the South African Rugby Union or the Lions are really gaining from persevering with the original plans.

If we’re being honest, the reaction to this tour from people within the game, let alone the wider public, has been tepid at best and it isn’t even being noticed by a lot of people.

On the pitch, aside from the problems of games being called off and players being ruled out because of positive test results, nobody is learning a huge amount from these warm-up games.

I know the tour organisers have to make sure there are games going ahead in order to fulfil broadcast commitments and to get minutes into the players’ legs ahead of the Tests, so playing the Sharks for a second time in four days is necessary, but it isn’t exciting anyone and we aren’t gleaning much in terms of selection.

That said, I really feel that Bundee Aki is one player who has put his hand up and is guaranteed to start the Tests now at inside centre, particularly given the opposition and the style that Warren Gatland is likely to want to play.

Clearly, that means Owen Farrell, who was named as a centre, would be in a three-way battle for the number 10 jersey with Dan Biggar and Finn Russell and the Welshman is surely in pole position at the moment.

Gatland said he had no preconceived ideas about Test selection before the start of the tour but that’s just a line for the media, he’s bound to have had some concept of what his starting XV would look like when he named the squad.

With the quality of the opposition in these warm-up games being relatively poor compared to previous tours, it is difficult for players to play their way into his starting XV. Everyone is excelling against the likes of the Sigma Lions and the Sharks so it’s difficult to judge.

Farrell certainly falls into that category after a poor season with England and a campaign in the second tier of English rugby with Saracens. He has a lot of credit in the bank but you feel he needs really strong performances against tough teams in the build-up to push his case and he isn’t getting that.

In the back three, I think Josh Adams would have been earmarked as a starter anyway because of his history with Gatland but he obviously looks nailed on and then I think it’ll be two from Liam Williams, Stuart Hogg and Anthony Watson.

It’s more wide open in other positions but there’s so much talent at Gatland’s disposal. It’d just be great to see them playing in front of 80,000 fans on these shores in these exceptional circumstances, capturing the hearts of the home nations even more, and that should still be a possibility.