Wales had to settle for a draw against 14-man Argentina after a tense Principality Stadium encounter finished 20-20.

Pumas full-back Juan Cruz Mallia was sent off for a dangerous high challenge on Wales scrum-half Kieran Hardy after 29 minutes.

But Argentina led until 10 minutes from time before they were undone by substitute scrum-half Tomos Williams’ try that his fellow replacement Jarrod Evans converted, although Evans missed a long-range penalty to win it during the closing seconds.

Given that Wales were minus 10 players on British and Irish Lions duty in South Africa, it was a battling display against a team that beat New Zealand and drew twice with Australia last year.

But there will also be a sense of frustration that they could not capitalise on Argentina’s indiscipline ahead of the teams meeting again in Cardiff next Saturday. 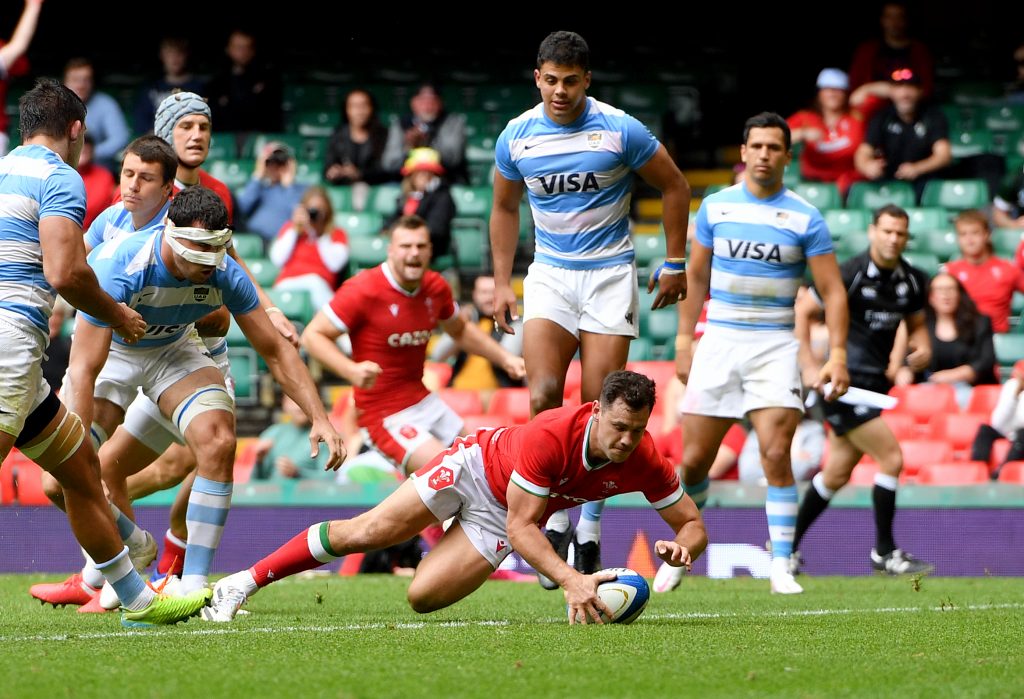 Elsewhere, Hallam Amos took over from an injured full-back Leigh Halfpenny and Hardy was handed a start instead of Williams.

The game had been due to take place in South America, but the coronavirus pandemic meant it was switched to Wales, with Argentina as the home side. 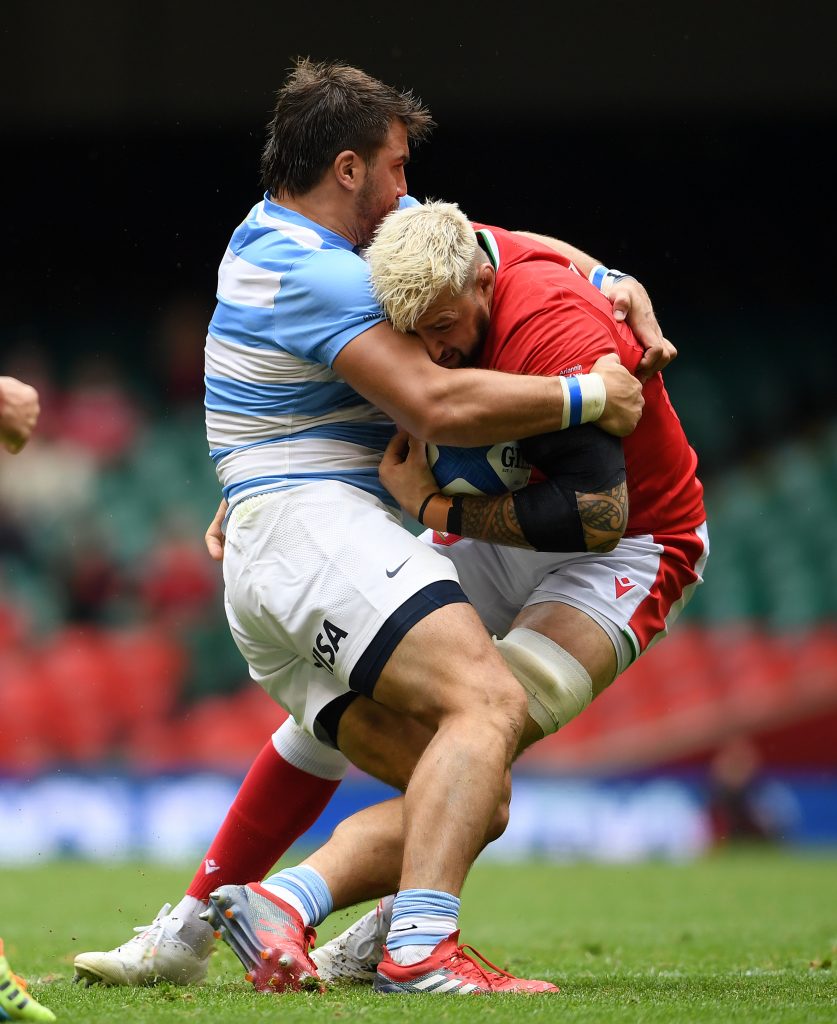 Sheedy’s opposite number Sanchez then opened the scoring with a penalty, yet Wales continued to offer some bright attacking moments, with Amos lively and Lane hungry for work.

Sheedy found the target from close range with an 18th-minute strike to level things up, before Wales suffered a blow when Wainwright’s afternoon ended early in the second quarter.

The Dragons forward departed injured, being replaced by Josh Turnbull, but Wales continued to show plenty of attacking verve ahead of Sheedy kicking a second successful penalty. 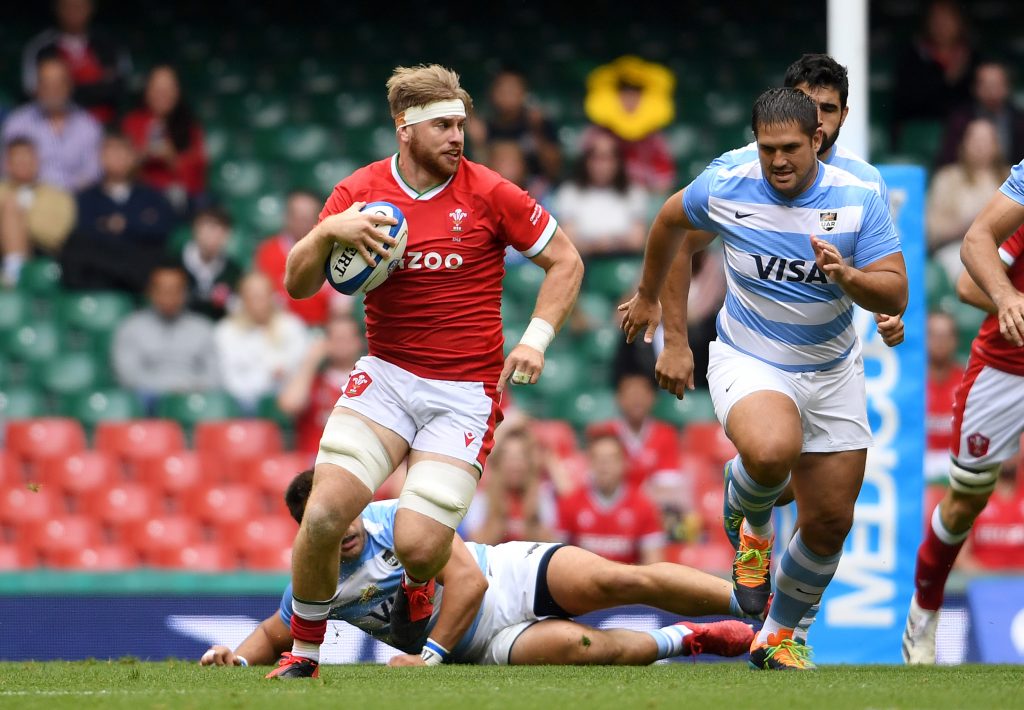 The Pumas had plenty of possession and looked to patiently go through phase-play, only for them to be hit by an injury setback as wing Santiago Carreras was forced off.

Referee Matthew Carley then lost his patience following the latest in a series of collapsed scrums, sin-binning Wales prop Dillon Lewis and the tighthead’s opposite number Nahuel Tetaz Chaparro.

Matters then deteriorated for Argentina, who were briefly reduced to 13 men when Cruz Mallia was dismissed for his challenge on Hardy, handing Wales a significant advantage. 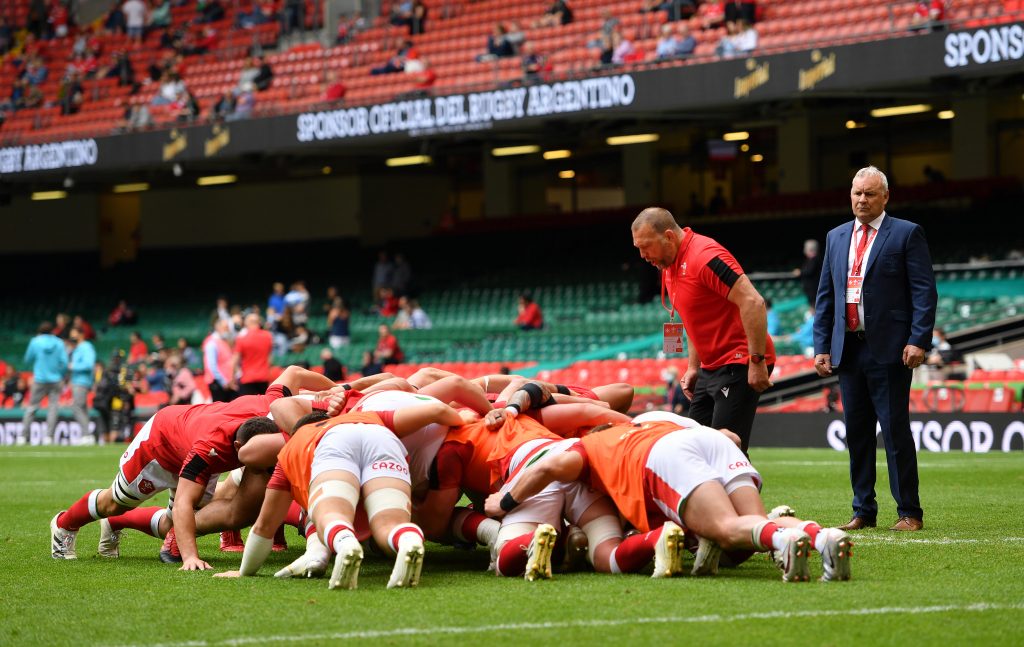 But Wales could not make it count as Sanchez hauled Argentina level with his second penalty five minutes before half-time.

And Argentina punished them as the seconds ticked down, with Matera rounding off a spell of concerted pressure as Chaparro rejoined the action, and Sanchez’s conversion opening up a 13-6 interval lead.

Argentina made a dream start to the second period when De La Fuente finished off a slick move, with Sanchez converting, and Wales head coach Wayne Pivac began making changes.

He had already sent on Saracens centre Nick Tompkins for Willis Halaholo, then he quickly followed that switch by replacing Sheedy with Evans.

Wales had to find another gear, and after they put a sustained spell together, Rowlands crashed over for his second try in successive Tests, and Evans’ conversion narrowed the gap to seven points.

Williams then pounced from close range, with Evans converting his half-back partner’s try to set up a grandstand finish, before Evans sent a last-gasp penalty wide.