98 kg
Thanks
Sorry there has been an error

Hallam Amos is a Welsh rugby player who represents Cardiff Blues and the Wales national team. Although he’s currently in the midst of a phenomenal career, he’s due to retire at the end of the season to focus on a career in medicine at the age of only 27.

Born 24 September 1994, Hallam Amos came through the Newport Gwent Dragons academy. When he made his professional debut for the side in October 2011, he became the youngest player to ever appear for one of the four Welsh regional sides. To complete this magnificent achievement, he even scored a try on his debut.

Between 2011 and 2019, Hallam Amos represented the Dragons more than 100 times. Due to the success he experienced for the Dragons, he was also called up to represent Wales for the first time in 2013. Since, he has been capped more than 20 times by his country. This includes an appearance at the 2019 Rugby World Cup bronze medal match and an appearance in Wales’ 2021 Six Nations Championship triumph.

In March 2019, Cardiff Blues announced that Hallam Amos was leaving the Dragons and joining them for the 2019-20 season.

However, even though he’s currently in the middle of a stellar career and appears to have the rugby world at his feet, Hallam Amos has announced his decision to retire from rugby at the end of the 2021-22 season in order to focus on a career in medicine.

When he retires from the game to take up medicine, Hallam Amos will follow in the footsteps of his parents, who are both doctors. 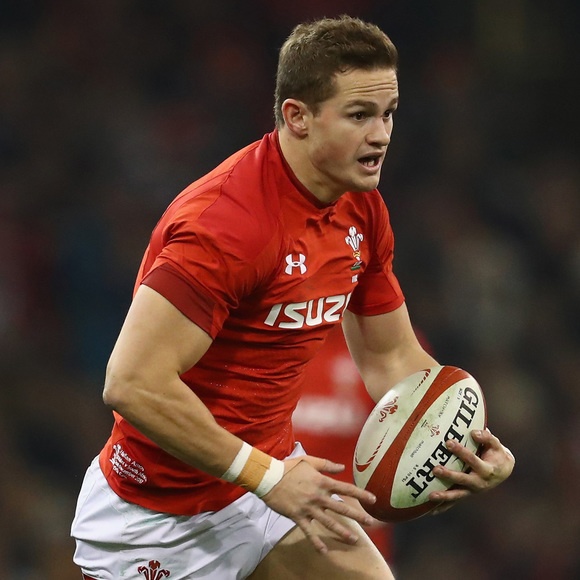 It's rare that players walk away from successful rugby careers in their mid-twenties, but that's exactly what Wales and Cardiff back three Hallam Amos is doing at the age of just 27.

Wales' Hallam Amos ruled out for Twickenham... and for remainder of season

The full-back sustained an injury in the closing stages of Cardiff's February 23 fixture and he now drops out of the Wales squad as they prepare to face England.

Cardiff Rugby
vs
All Teams