Joey Carbery to Ulster – the Irish rugby media can’t get enough of it.

Last weekend news broke – care of Peter O’Reilly in the Sunday Times – that the IRFU want one of either Carbery or Ross Byrne to move to Ulster to fill the vacant flyhalf spot left by the departing Paddy Jackson. This week former players, pundits and journalists in the Republic have been falling over themselves to recommend otherwise, variously describing Ulster as a ‘basketcase’, ‘rubbish’ and even a bunch of ‘Keystone cops’.

The speed and venom at which the boot has been stuck into Ulster has verged on the tasteless; it’s been less ‘shoulder to shoulder’ and more ‘boot to bollocks’. Remarkably now, in their desperation for Carbery not to go to Ulster, some are even suggesting Munster as an alternative despite the fact that they have three flyhalves on their books in Keatley, Bleyendaal and Hanrahan.

Dragons head coach Bernard Jackman has been one of the few voices of reason on the matter, pointing out that Ulster – while enduring a rough patch – have a setup that many professional rugby clubs could only dream of.

“There’s been a massive backlash and criticism of where Ulster are at,” Jackman told RTE this week. “But they’re a team who are consistently in the Champions Cup. I don’t think they’ve ever been in the Challenge Cup, and they’re on track to be in the Champions Cup again next year.”

And indeed Ulster are actually playing some very decent rugby in fits and starts. According to Opta, Ulster have made 206 clean breaks in the Pro14 this season, more than any other side, with the aforementioned John Cooney making the most of any player with 24.

2?0?6? – @UlsterRugby have made 206 clean breaks in the @PRO14Official this season, more than any other side, with @JCooney09 making the most of any player (24). Broken? pic.twitter.com/r1fDktM2lS

The focus, understandably, has been on Carbery and not the highly competent Ross Byrne.

Carbery is the next great hope at flyhalf for Ireland. As legend goes, when former All Blacks coach Graham Henry spent two weeks with Leinster in an advisory capacity, he pointed to the waif-like Carbery and said something to the effect that “that’s your flyhalf for the next 10 years”.

Leinster will be mindful that keeping Ross Byrne and letting Carbery go means that when Sexton is away on international duty they have a safe pair of hands to fall back on. Currently, they lose both Sexton and Carbery during international windows.

There’s something everyone can agree on. Carbery is far too good to be wasted on the bench.

“When the time came and I decided to move on, it was tough and it was a decision I took a lot of time on and made sure to talk to people that I really trusted and who have given me good advice along the way,” Madigan told RugbyPass in 2017. “At the time I felt the best thing was to challenge myself at a new club.”

If anything Madigan was probably poising a more genuine threat to Sexton’s position before he left than the 22-year-old Carbery is now. Since then Sexton has solidified his position as Europe’s premier flyhalf and Carbery is very much his apprentice.

Madigan’s chosen path, while lucrative, had its pitfalls too. His year in Bordeaux didn’t pan out and his confidence took a knock as a result. What followed was a reported £500,000 a year deal, three season deal with Bristol.

“When I was weighing up going to Bristol, I knew the club was very ambitious. Not just to get promoted this season but to climb right up the Premiership and to in two years time be a Champions Cup competing side.”

RugbyPass understands that Madigan – with two seasons to run on his contract – has only Bristol Rugby and his inaugural season in the Aviva Premiership in his sights, and in any event, the IRFU simply couldn’t compete with his current wage packet.

A move to Ulster for Carbery represents an opportunity that was not available to Madigan when he left in 2016.

Carbery can play 10 week-in, week-out, presumably enjoy an increased salary and still be available for Irish selection, and all at a club that has first-rate facilities, infrastructure and players around it. 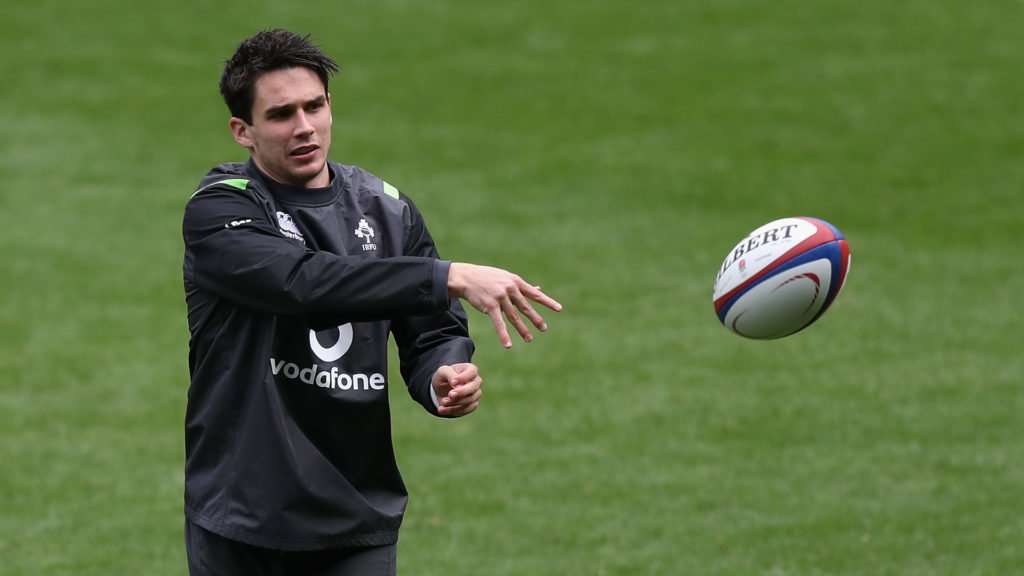 The Auckland born Carbery’s loyalty to Leinster is laudable, but at twenty-two, he remains a young man. As a counterpoint, Sexton is about to turn 33 and the 2019 Rugby World Cup in Japan will surely be his last. What’s to say Carbery couldn’t return to Leinster a better player in two to three years time?
,
People talk of the danger of moving to a troubled club, but surely there is an inherent danger in languishing on the bench as a utility back, even at a great club like Leinster.

It’s time for Carbery to step into the unknown and detach from the comforting but stifling bosom of Leinster.

England to target Schmidt, Gatland Next