Give Geordan Murphy more time Next
Back
Gallagher Premiership

He’s one of the highest-paid players in the Gallagher Premiership, but Ian Madigan is yet to play a minute in this year’s competition for Bristol Bears.

Instead the Irishman is slogging it in the Premiership Rugby Shield as first-choice flyhalf for their A team. Not since Quade Cooper’s Queensland Reds’ expulsion and subsequent stint at Brisbane City has such a salary been paid for a player plying their trade in a second grade rugby union competition.

It’s been a dramatic fall from grace for the 30-year-old playmaker, who just four years ago was a standout performer for Joe Schmidt’s Ireland side in their 2015 World Cup win over France.

Despite steering Bristol back into the Premiership in 2017, the rise of Callum Sheedy last season has seen the Dubliner cede his starting berth.

Having spent the guts of three years being loaned out, Sheedy has enjoyed a Cinderella-like ascent to the first team. A relative unknown just two years ago, the 24-year-old is now receiving rave reviews.

Madigan speaking to RugbyPass in 2017

While Sheedy’s rise with Bristol had started in the Championship, what Madigan may not have seen coming was losing his place on the replacements bench to 18-year-old Ioan Lloyd. The Wales under-18s star has been Sheedy’s bench back-up all season.

With his three-year contract coming to the end at Bristol, the exit door looks like a real possibility for Madigan. The outhalf spoke candidly about dealing with selection issues recently on a mental health podcast –  Owning It: The Anxiety Podcast.

“At the moment I’m at the end of my contract cycle,” Madigan told podcast host Caroline Foran . “There’s pressure there – will you sign a new deal with the club. If not, where else might you be going? The older you get, the harder that becomes.”

The Blackrock College alumnus spoke remarkably openly about being out of favour –  temporarily at least – with Bristol director of rugby, Pat Lam.

“Over the years that would have been a big cause of anxiety, worrying about selection. The way that is done is the team isn’t picked at the start of the week. Over the weekend you would be thinking, ‘am I going to be selected?’ for this game if there’s a big game coming up.

“You’re doing your best to train well on the Monday and Tuesday and the team might be picked on Tuesday and you’re literally reading into absolutely everything, from how the coach said hello to you to what other players are thinking about the team. 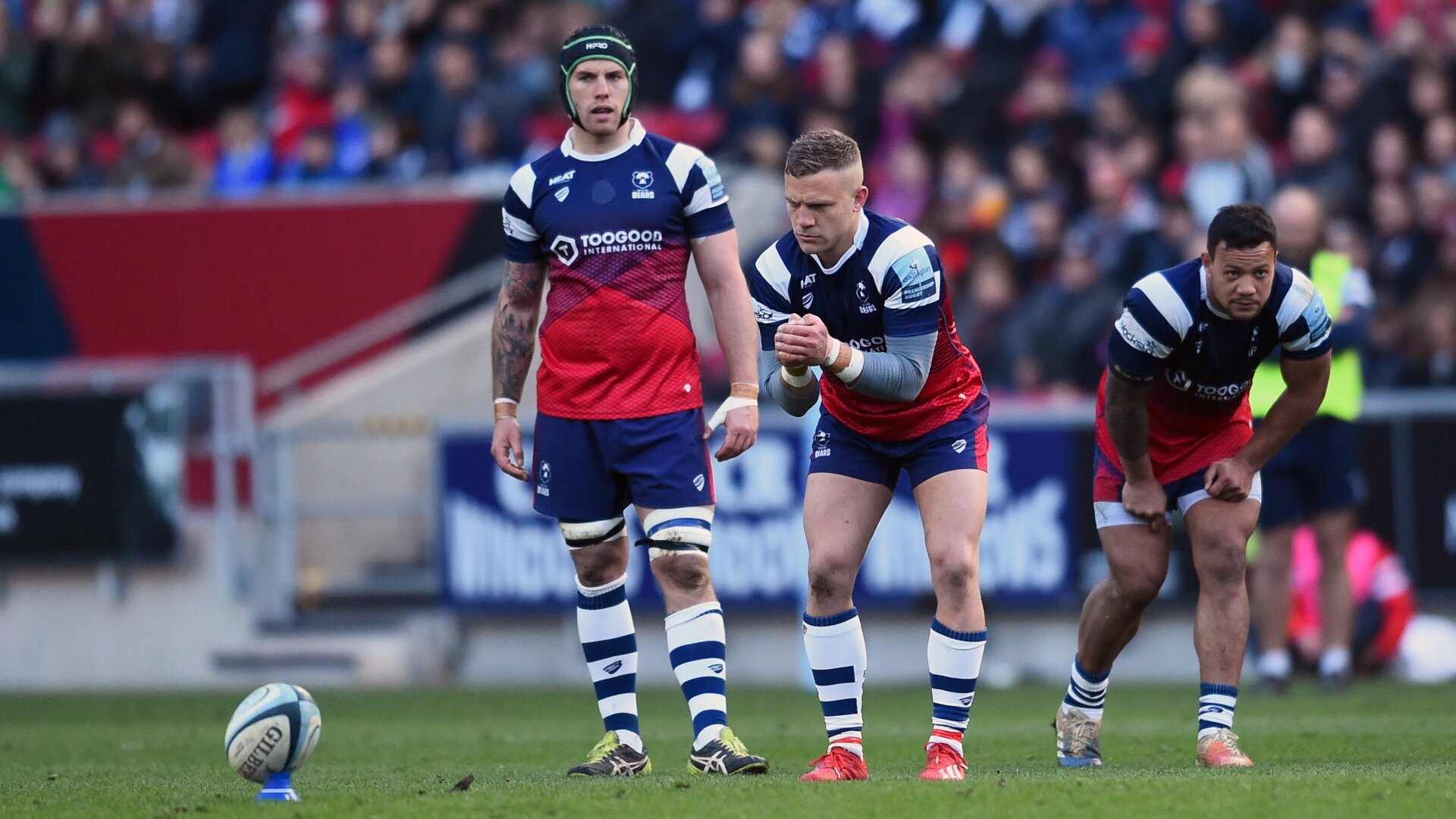 “Like anything you have got to be able to mourn it and park it and try to use it to drive you on. Again, it’s often the stuff associated with not getting picked – it’s disappointing for you personally but (what) might be the worst part is ringing up your dad to tell him ‘look, I’m not in this weekend’.

“He might have tried to travel over for the game and now you’re not picked or on the bench or whatever and that can be harder to deal with than not getting picked yourself. (Then) having to read it in the papers when they don’t always have the full picture.”

Two appearances in the Premiership Cup during the Rugby World Cup window is all Madigan has got to show for the season so far.

He hasn’t featured in a full-blown Premiership game for the Bears since last May, his side’s final home game of the 2018/19 season at Ashton Gate. That’s seven months and counting. And he hasn’t started at 10 for the West Country club in the Premiership since February 14.

“When things are going well, guys are inclined to read the positive stuff. But once things start going down that route and the tide turns – which it inevitably will do – when negative stuff starts getting written, it’s hard to stop reading. 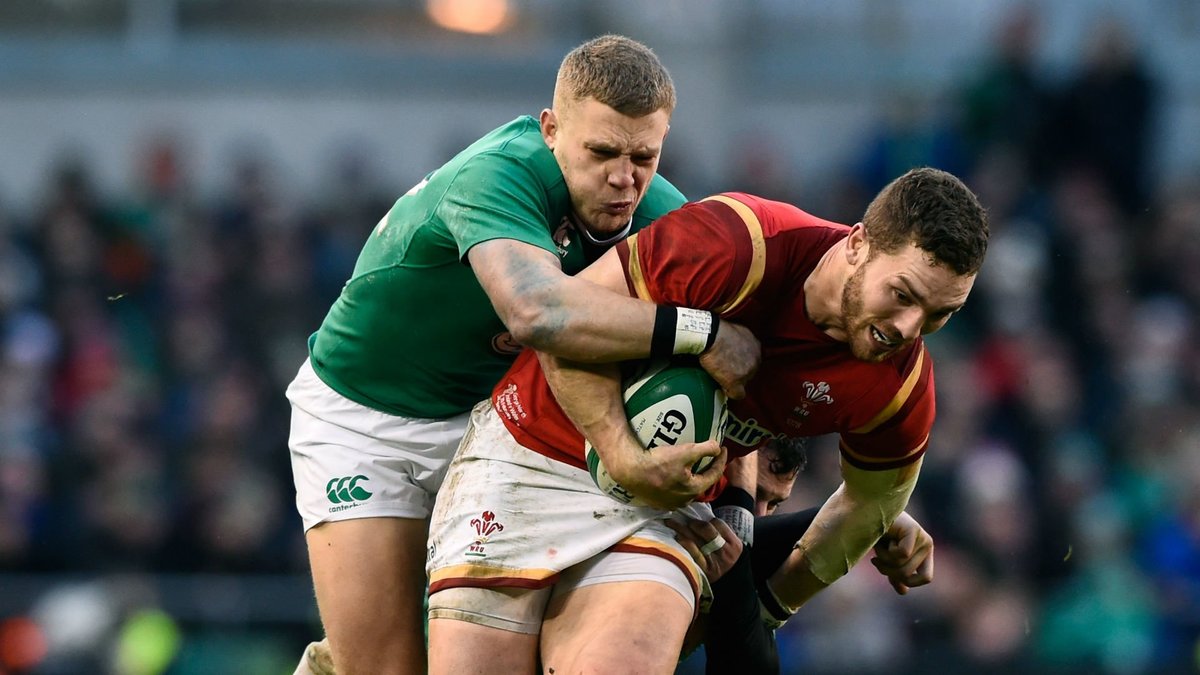 “It is hard, because people say, ‘Did you read that nice article about you?’.  Once that’s said to you, you’re kind of going, ‘Ah, I wouldn’t mind reading that.’

Madigan says his relationship with his fellow 10s remains positive, despite the competition for places. “With outhalves, you have a good relationship with them, you have got the attitude that one of you isn’t going to get selected for the entire season.

“It’s important that when you’re in for your given week – let’s say you’re picked – you try to drive the team on the best way you can. At the end of the week the team is in a better position than it was at the start of the week, so the guy that gets it the following week can drive it on again.

“That’s what a real positive atmosphere and culture in a team is. When it’s negative, the guy gets picked ahead of you, you’re thinking, ‘I hope the guy has a bad game’. Once you start thinking that way it only has a negative effect on you.

“It (negativity) can feed into other areas. Suddenly you’re not pushing yourself as hard in the gym. Because we are around each other so much, it very hard for anyone to pretend for any lengthy period of time. Their personality will come out over three months, six months, a year, two years. With younger guys coming through you can help guide them on basic things like accountability.

“If they said something or acted on something in a game and it came up in a review after a match and they weren’t accountable for their actions, you might just have a word with them afterwards and say, ‘Look, we’re all in this together and we’re trying to get better as group, it’s okay to put your hand up and go ‘my mistake’ and people will respect you for that.

“Quite often you will find it’s just fear and there’s no malice in it. When you talk to then about it and educate them on it, before you know it at the following meeting they have gone ‘I’ve said that. It was the wrong call’.”

Despite the lucrative contracts Madigan has enjoyed at Bordeaux and now Bristol, the consensus remains that he played his best rugby at Leinster. When Johnny Sexton left Irish rugby for Racing 92 in 2013, Madigan was the heir apparent after an exceptional 2012/13 season. He played 32 games for Leinster, scoring nine tries from 1,991 minutes, moving between 10, 12 and 15.

Not that he had it all his own way. The Matt O’Connor era saw Jimmy Goperth take a grip of the 10 jersey in Sexton’s absence. While the pair rotated in the position, tellingly it was the New Zealander who was preferred in Europe. In Goperth’s second and final season with Leinster, Madigan would make the majority of his appearances at 12.

Sexton returned in 2015 and a season later, Madigan left for Bordeaux, a desire to start at 10 his primary motivation. Three years later, the feeling remains that his prodigious talent continues to be wasted.

A return to Ireland could suit both Madigan and the IRFU. Sexton is now 34 and an elder statesman of Irish rugby. With Joey Carbery struggling with injury, Madigan could prove an able stop-gap with Leinster and potentially Ireland. He could also potentially help replace the inevitable experience void likely to be left by 33-year-old Rob Kearney – who last May was only able to secure a cut-price, one-year contract after a protracted negotiation with David Nucifora.

With Ross Byrne (24) and Ciaran Frawley (21) waiting in the wings at Leinster, the question is whether Nucifora and the IRFU could broker a deal with Madigan that they see as good value for money or whether they bet on (presumably cheaper) emerging talent.

Madigan’s obvious talents and an abundance of experience aside, it’s hard to fathom how a player who could cover 10, 12 and 15 couldn’t find a home somewhere in the Irish system. Make no bones about it, Madigan is more than open to the idea of a ‘prodigal son-like’ return to Irish shores.

“At the moment a big priority for me is getting fit, playing well and ensuring that I get a new contract because I’m out of contract now. It’s one of those ones where you have to wait and see if the club wants to keep you on and there’s a few things that go with that.”

“I love my time playing here in Leinster and Ireland and if an opportunity opened up, I’d love to come back.”

You can listen to the full Owning It: The Anxiety Podcast HERE.

I really enjoyed being on @CarolineForan podcast on anxiety. I hope some of the listeners can take something positive from it. https://t.co/H1uBk9NKld