The 2021 Super Rugby Aotearoa season is just three days away from kick-off, leaving fans, players and pundits across New Zealand brimming with excitement for the campaign ahead.

With the new season comes the emergence of new talent and the return of familiar faces plying their trades for new teams.

Players of both backgrounds have attracted significant public interest in the lead-up to the new season, and recently-retired Blues hooker James Parsons has taken it upon himself to formulate a XV made up of the most hyped players throughout pre-season.

Naming his fictitious side on the Aotearoa Rugby Pod, the two-test All Black, who announced his retirement from all rugby last month, said the team was based on those who have garnered the most media attention over the off-season and during pre-season.

“The point of the Hype XV is that not always a player is as good at the end of the season that people were talking about them at the start,” Aotearoa Rugby Pod host Ross Karl clarified.

Parsons added a Form XV would be selected at the end of the season to see if anyone from his Hype XV had lived up to expectation throughout the Super Rugby Aotearoa season. 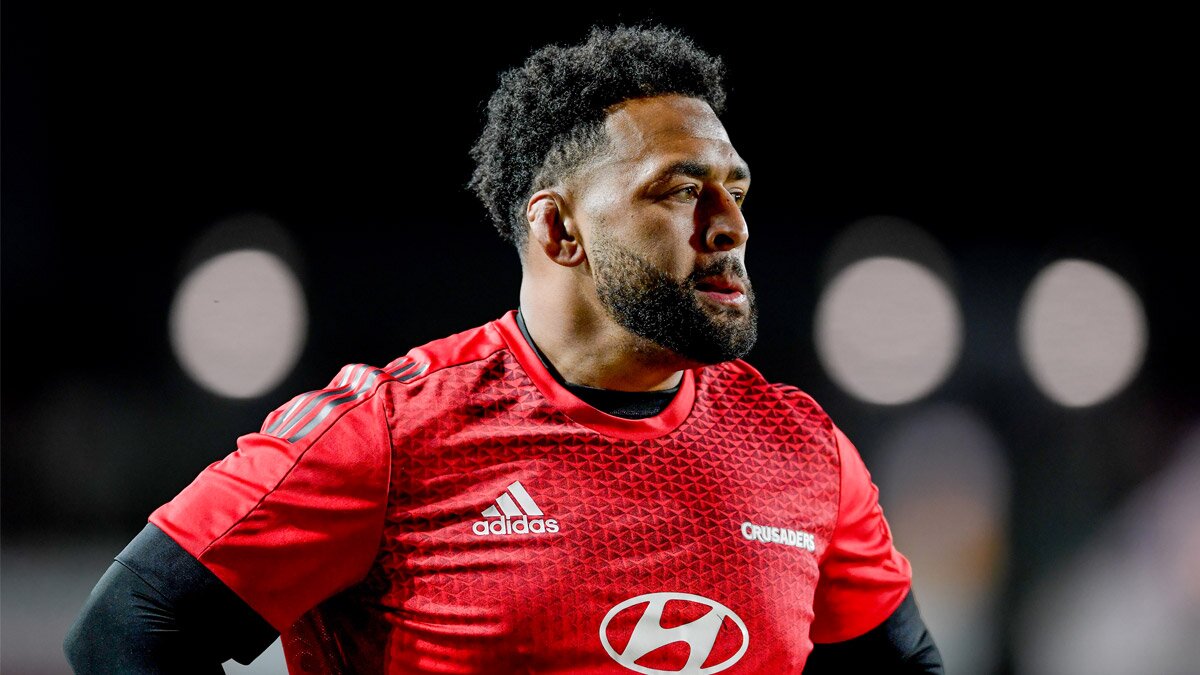 The Hype XV was kicked-off with the selection of Crusaders prop George Bower, who Parsons said has grown in stature following his call-up to the All Blacks squad for last year’s Tri Nations.

Whether or not the uncapped 28-year-old will receive much game time remains to be seen given the presence of veteran loosehead prop Joe Moody at the Crusaders, but that didn’t stop Parsons from picking Bower in this team.

“No. 1, another Crusader, George Bower. Got into the All Blacks and there’s a bit of hype around him living up to that. He didn’t play for them, but he’s been in and around that [environment],” Parsons said in explanation of his selection. 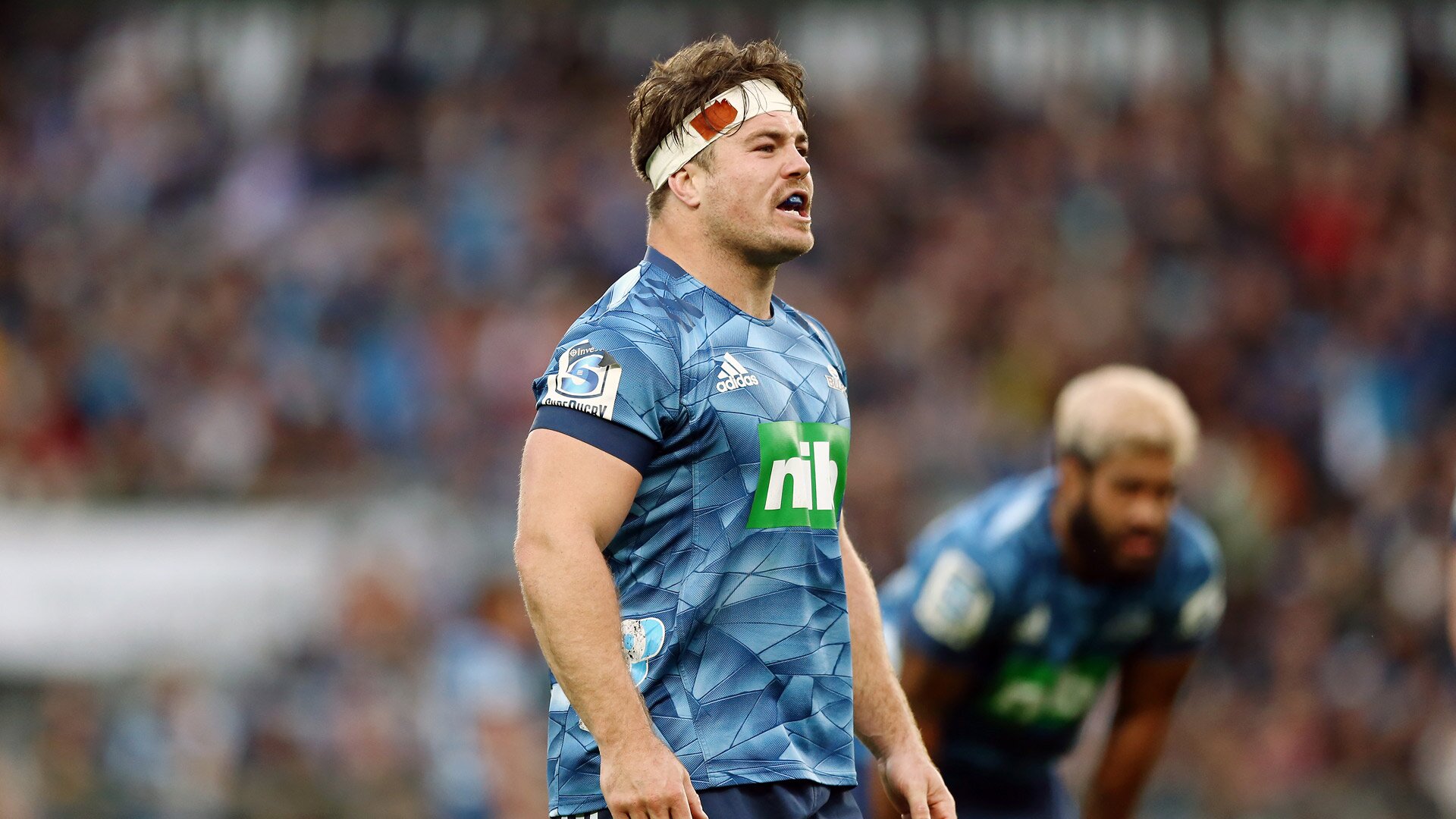 Blues hooker Kurt Eklund rose in prominence last year after establishing himself as the franchise’s starting No. 2 with a strong of strong displays.

He also earned himself a reputation as a jokester after downing a bottle of Powerade during a post-match interview on live TV.

“No other gets more hype than this man in the hooking jersey, Kurt Eklund. He’s got a lot of hype,” Parsons said.

“Should I boof it?” – @BluesRugbyTeam hooker Kurt Eklund ??? 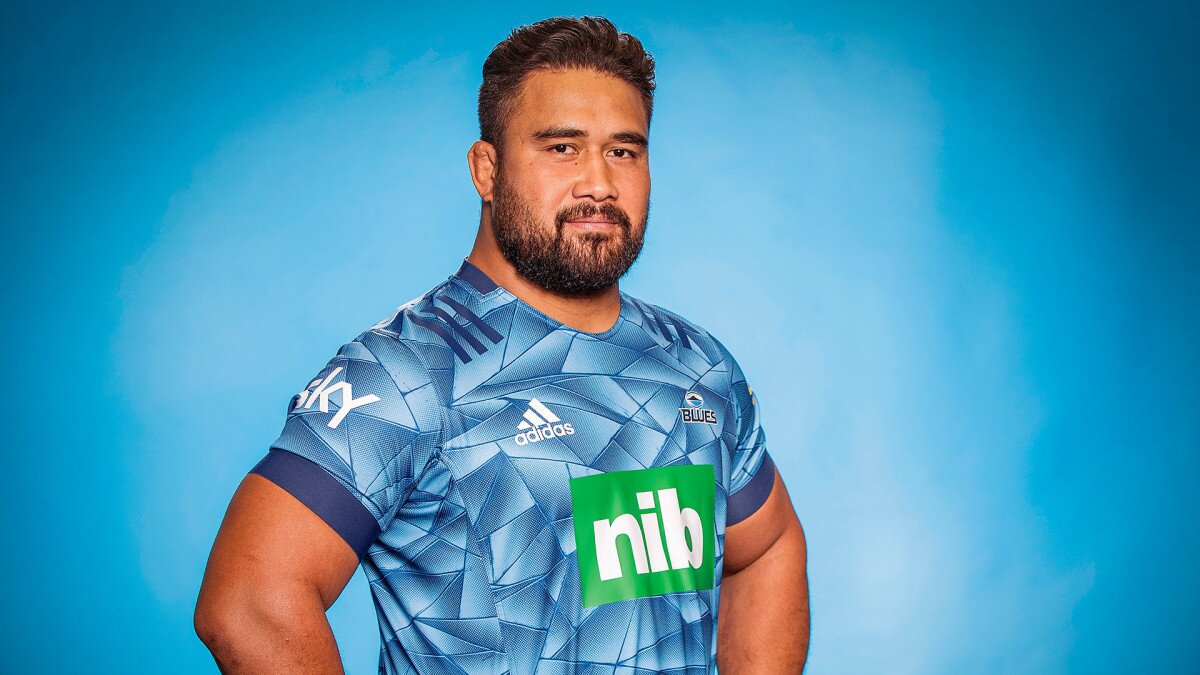 Despite the impressive gym work of Crusaders rookie Fletcher Newell, who broke the Crusaders academy squat record with a 255kg effort last year, Parsons opted for All Blacks prop Nepo Laulala due to his move to Auckland from the Chiefs.

“Tighthead prop’s a hard one. There’s that Fletcher Newell from the Crusaders because there’s big hype around him squatting about 290 kilos or something and breaking Owen Franks’ record or something,” Parsons said. 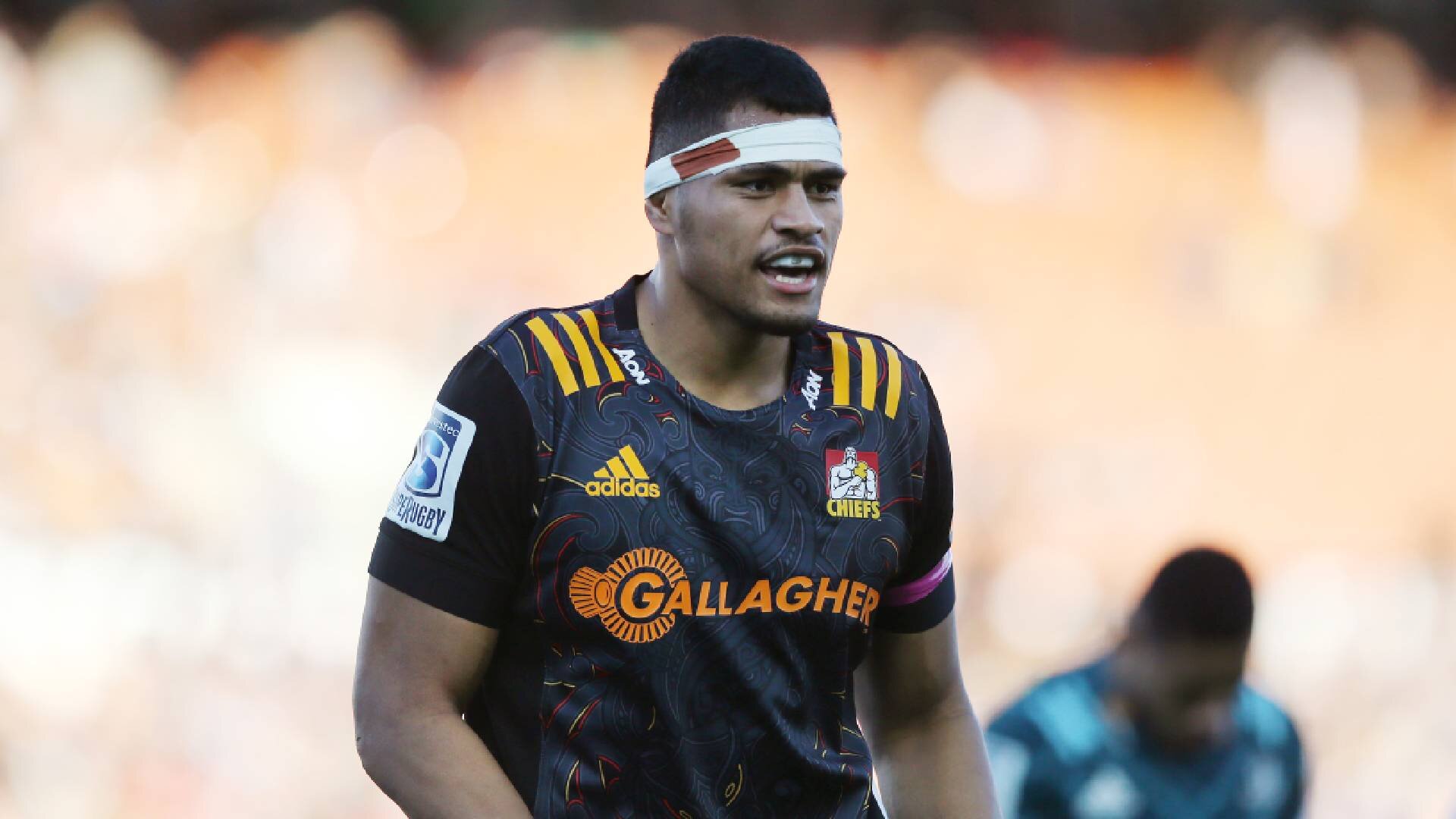 An unheralded prospect who didn’t even have a full-time contract with the Chiefs when he made his debut in the first-ever Super Rugby Aotearoa match last year, Tupou Vaa’i is now one of the most highly-regarded locks in New Zealand.

From obscurity on the professional rugby scene at the beginning of the year, Vaa’i was a four-test All Black by the end of it as he helped alleviate New Zealand’s shortage at lock.

It was, however, his rapid ascent to test rugby and the emotional video of him telling his family that he had made the All Blacks for the first time that made Vaa’i a household name, and it’s for that reason he is in Parsons’ side.

“Obviously a lot of hype around him. Sort of the unknown last year, now the known. Big talking point is the Chiefs lineouts, stepping up there.” 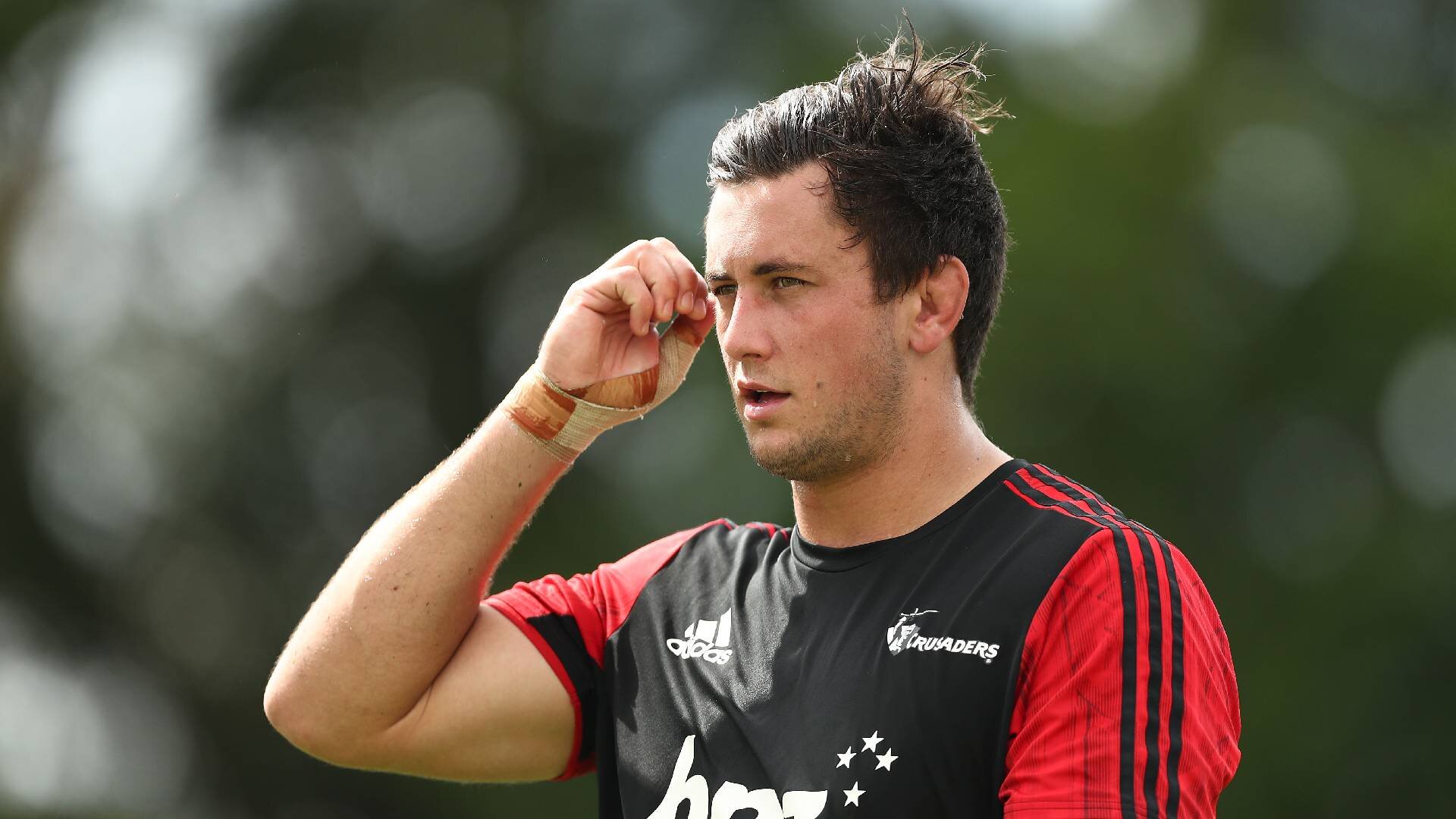 Named in the All Blacks but robbed of a chance to debut for the national side due to injury, Parsons suggested there is a weight of expectation on Quinten Strange’s shoulders this season as he looks to regain his place in Ian Foster’s squad.

“Quinten Strange re-signing to 2023, just made the All Blacks, got injured, pulled out, so a lot of hype around Quinten Strange stepping up for the Crusaders.” 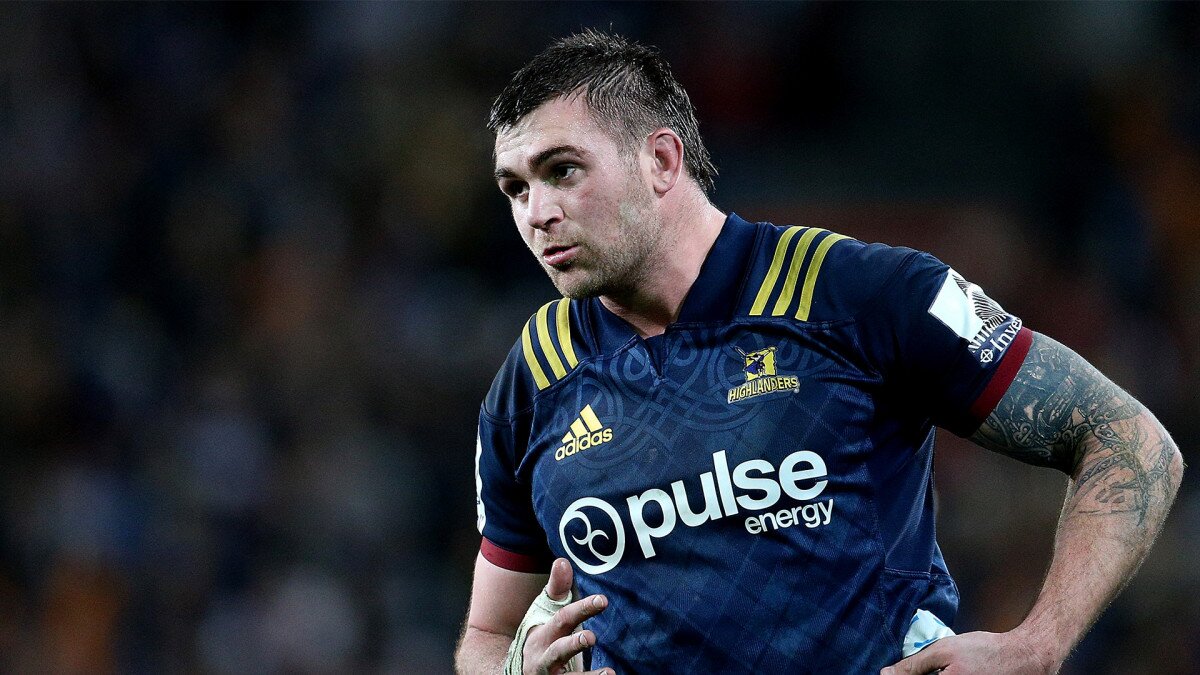 Returning to the Highlanders after a year away to recuperate from the mental and physical toll of professional rugby in New Zealand, Liam Squire is back in Dunedin and ready to reclaim his place in the All Blacks set-up.

Despite being unsure of how often the 23-test All Black will play after he missed both of the Highlanders’ pre-season matches against the Crusaders and Hurricanes, Parsons said the amount of media attention Squire has received validates his inclusion. 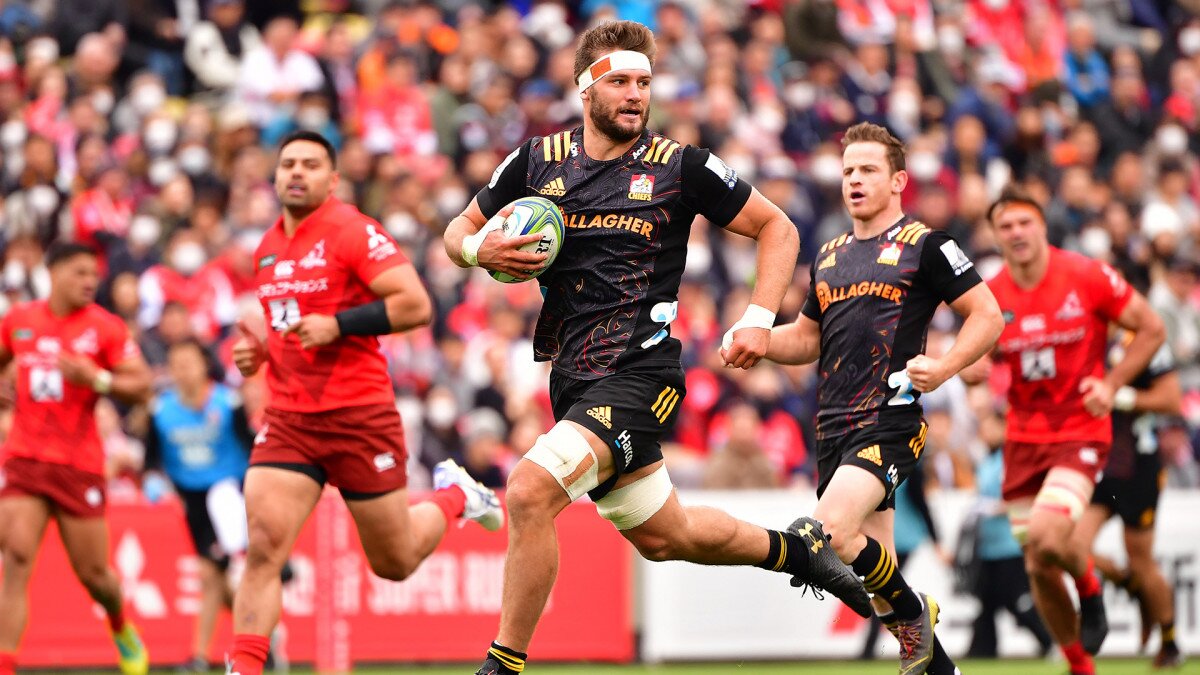 One of Super Rugby Aotearoa’s best players last year, Lachlan Boshier was the subject of plenty of media attention when he was continually omitted by the All Blacks in favour of bigger, more physical flankers.

That is exactly why Parsons picked Boshier in his side, as well as the fact he felt there are few other openside flankers in the public spotlight because of Sam Cane’s All Blacks captaincy.

“No. 7, really hard. There’s just been no talk because the All Black captain’s 7, I feel, so I’ve gone with Lachlan Boshier because he got left out of the All Blacks and there’s always that talk about why is he not in there,” Parsons said. 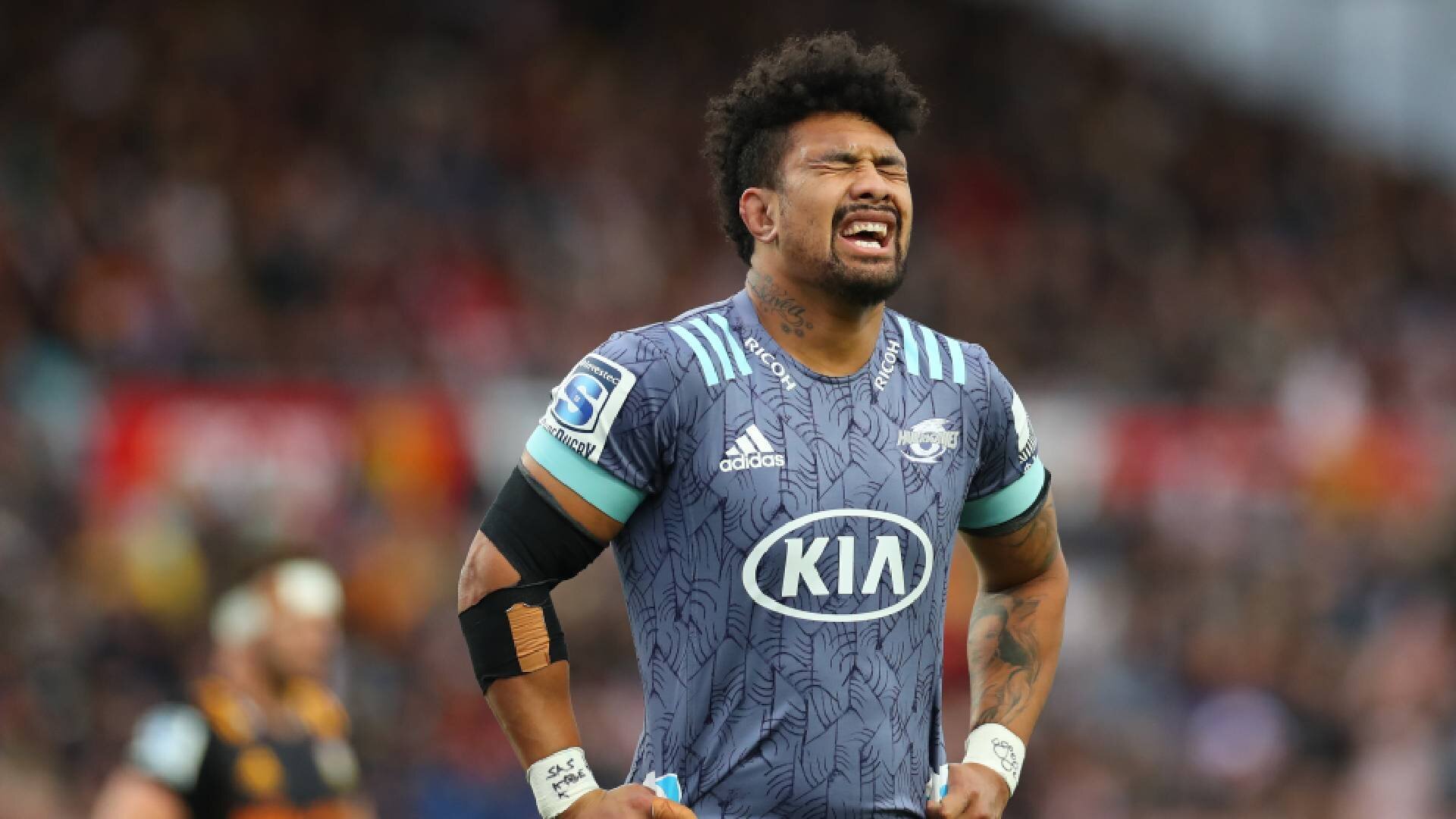 It’s long been known that Ardie Savea has played an integral role in the Hurricanes set-up due to his immense ability on the field as well as his influence off it.

His stature in the squad became official last week when he was appointed Hurricanes captain for the 2021 season, which is why Parsons named him as his team’s captain.

“The new skip for the Hurricanes at No. 8, Ardie Savea – and he’s captain of the Hype XV.” 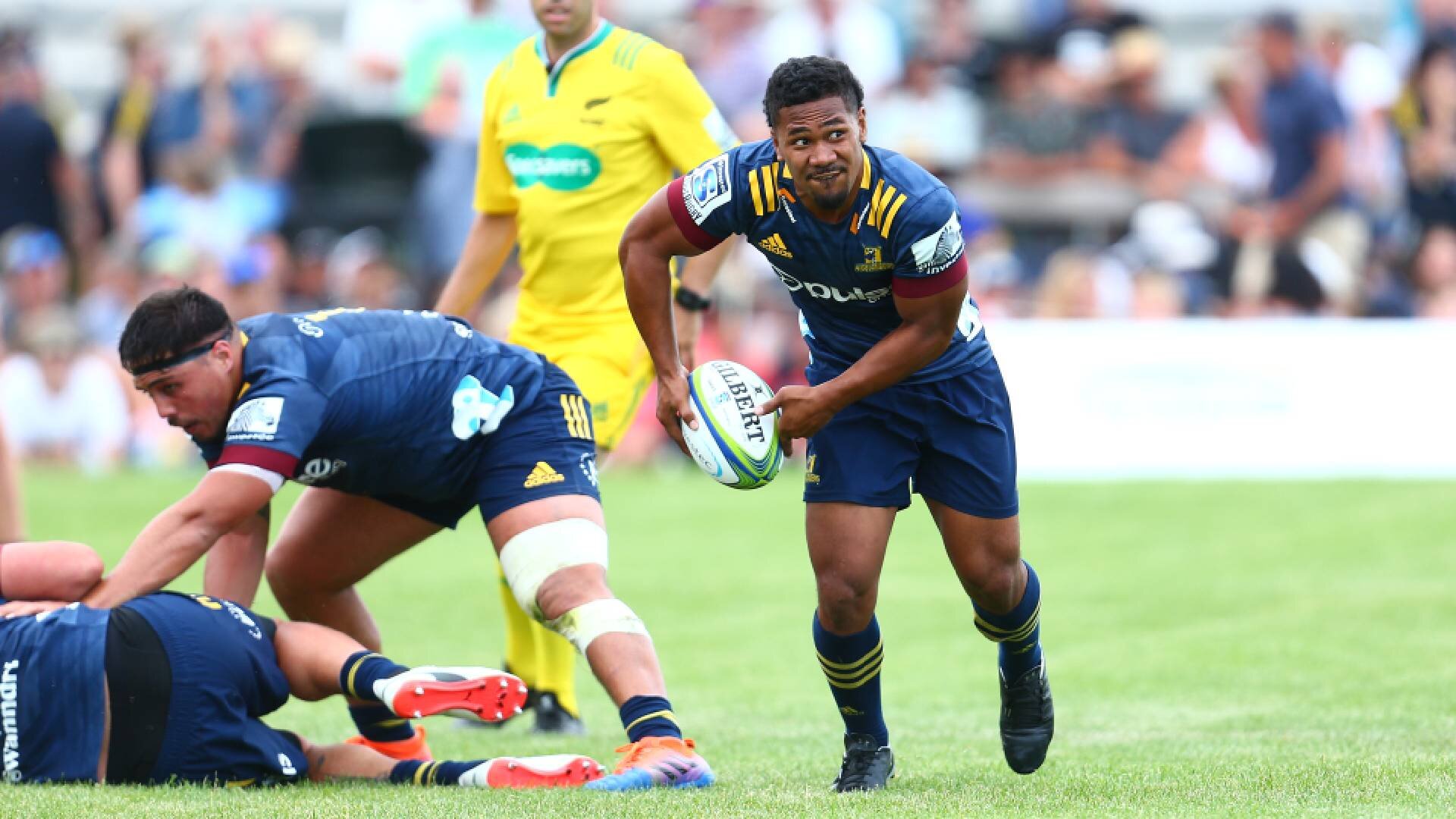 A tightly-contested position in Parsons’ book, controversy erupted when the podcast was led to believe Blues halfback Sam Nock had been given the nod, with Karl pointing to Chiefs rookie Xavier Roe as a frontrunner for this spot.

However, Parsons clarified his stance and said that while Roe was a credible contender, Folau Fakatava had been handed a place in this side due to his growing reputation as Aaron Smith’s potential long-term successor for the Highlanders and All Blacks.

“Folau Fakatava took it, because [he won the] Duane Monkley [Medal], there’s been a lot of comparisons to Aaron Smith and I just think there’s more hype around him and, potentially, he’ll get more game time, so he’s got more opportunity to live up to it.” 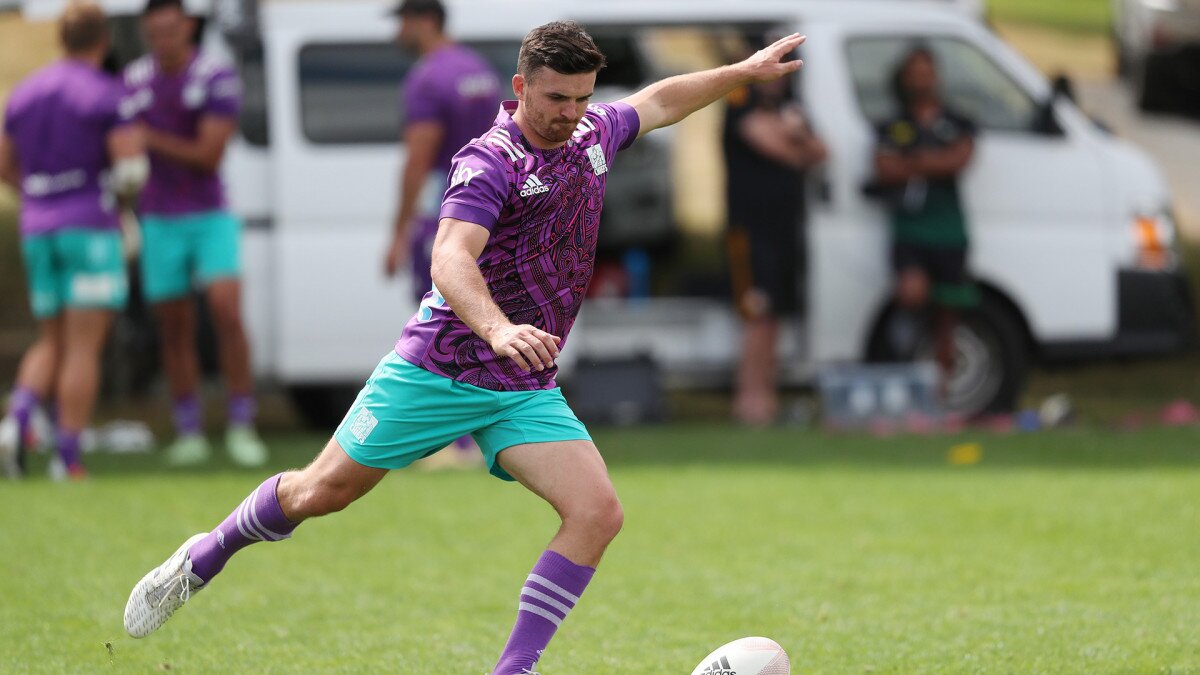 In the wake of his move from the Highlanders to the Chiefs, Parsons opted to pick Bryn Gatland as his first-five, even if Karl mocked the selection, quipping: “Most of the hype has happened in the last 15 minutes.”

Nevertheless, Parsons stuck to his guns and picked his ex-North Harbour teammate, citing minimal media scrutiny of No. 10s across New Zealand in recent times.

“Bryn Gatland at 10. There’s no other. There’s a lot of talk about him obviously moving to the Chiefs.” 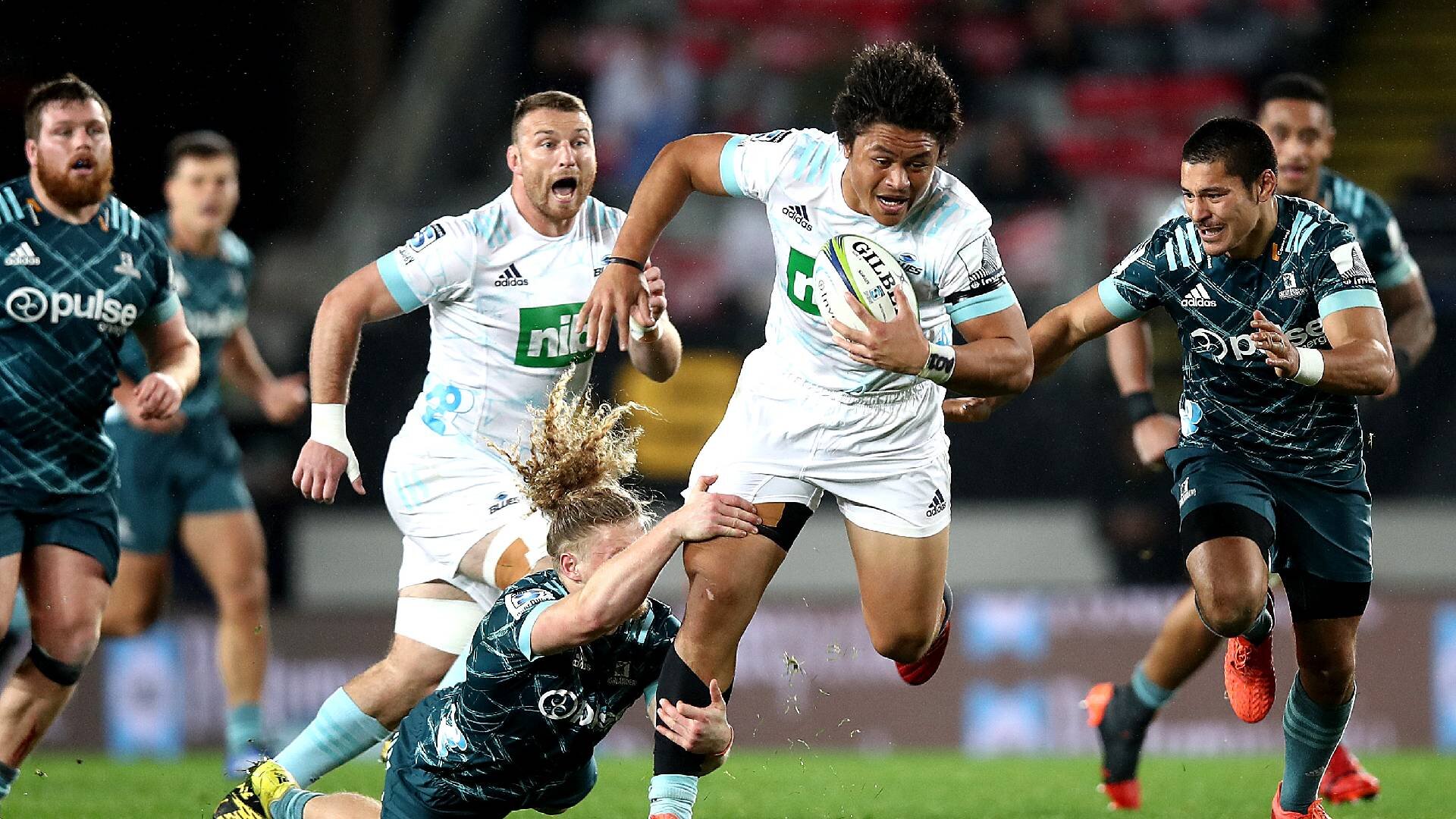 Another one of the more controversial selections on Parsons’ XV, as fellow panellist and Crusaders halfback Bryn Hall expressed outrage that his teammate and rising star Leicester Fainga’anuku was snubbed from this position.

However, Parsons was adamant his former Blues teammate Caleb Clarke warranted a place in the team after his breakout year in 2020, even if it meant one of the standouts of the Super Rugby pre-season missed out.

“It was a toss-up. Jona Nareki, who was obviously performing really well in the pre-season, there wasn’t a lot of hype. I was creating a lot of hype because he just seemed to be stepping everyone,” Parsons said. 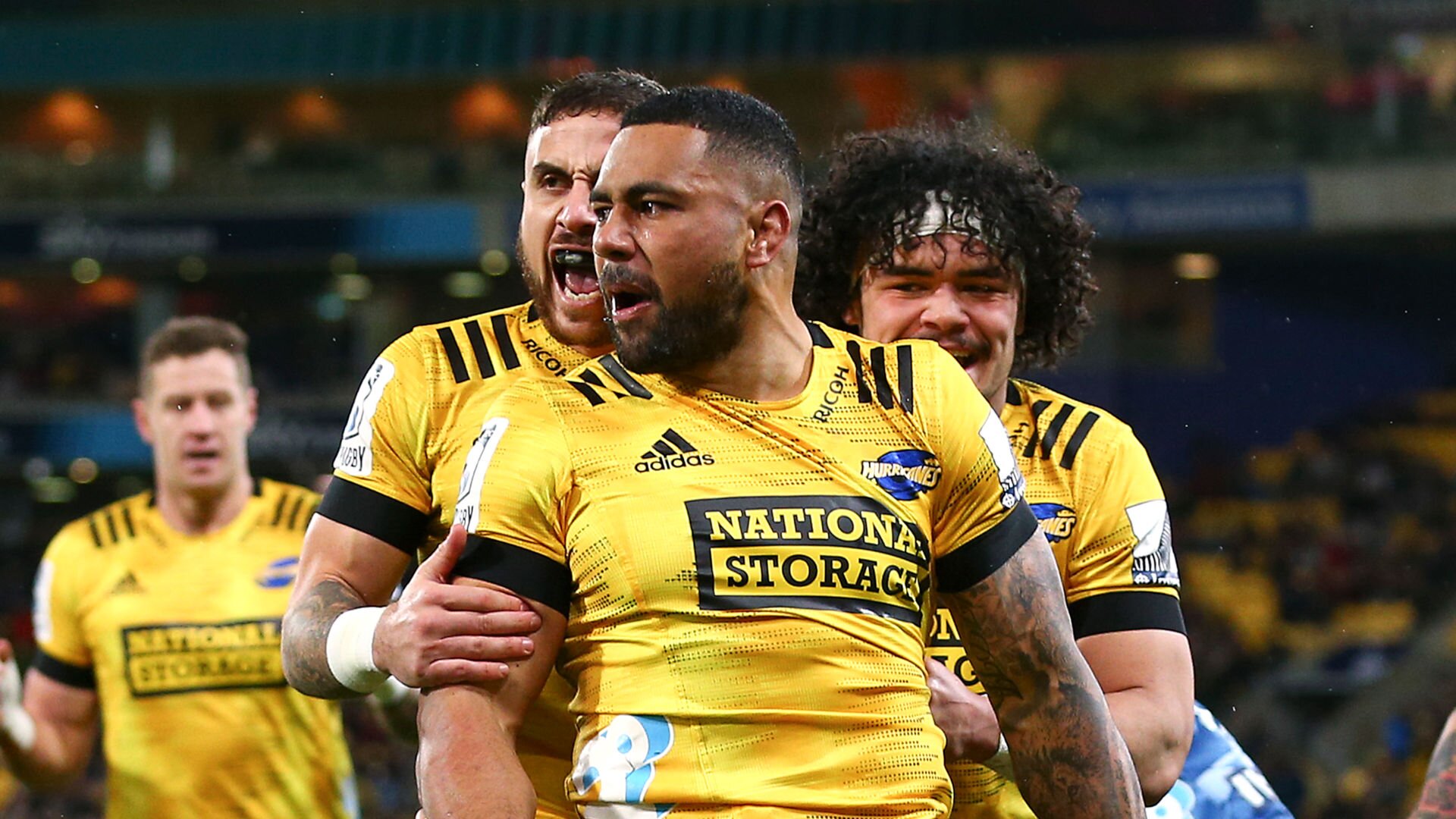 Parsons conceded there weren’t an array of candidates that stood out to vacate the No. 12 jersey in the Hype XV, but he landed on hard-running All Blacks midfielder Ngani Laumape due to discussions about his desire to refine his all-round game.

“Ngani Laumape at 12 because he spoke about finding that balance in his game in linking and kicking, so there’s been a bit of talk around that.” 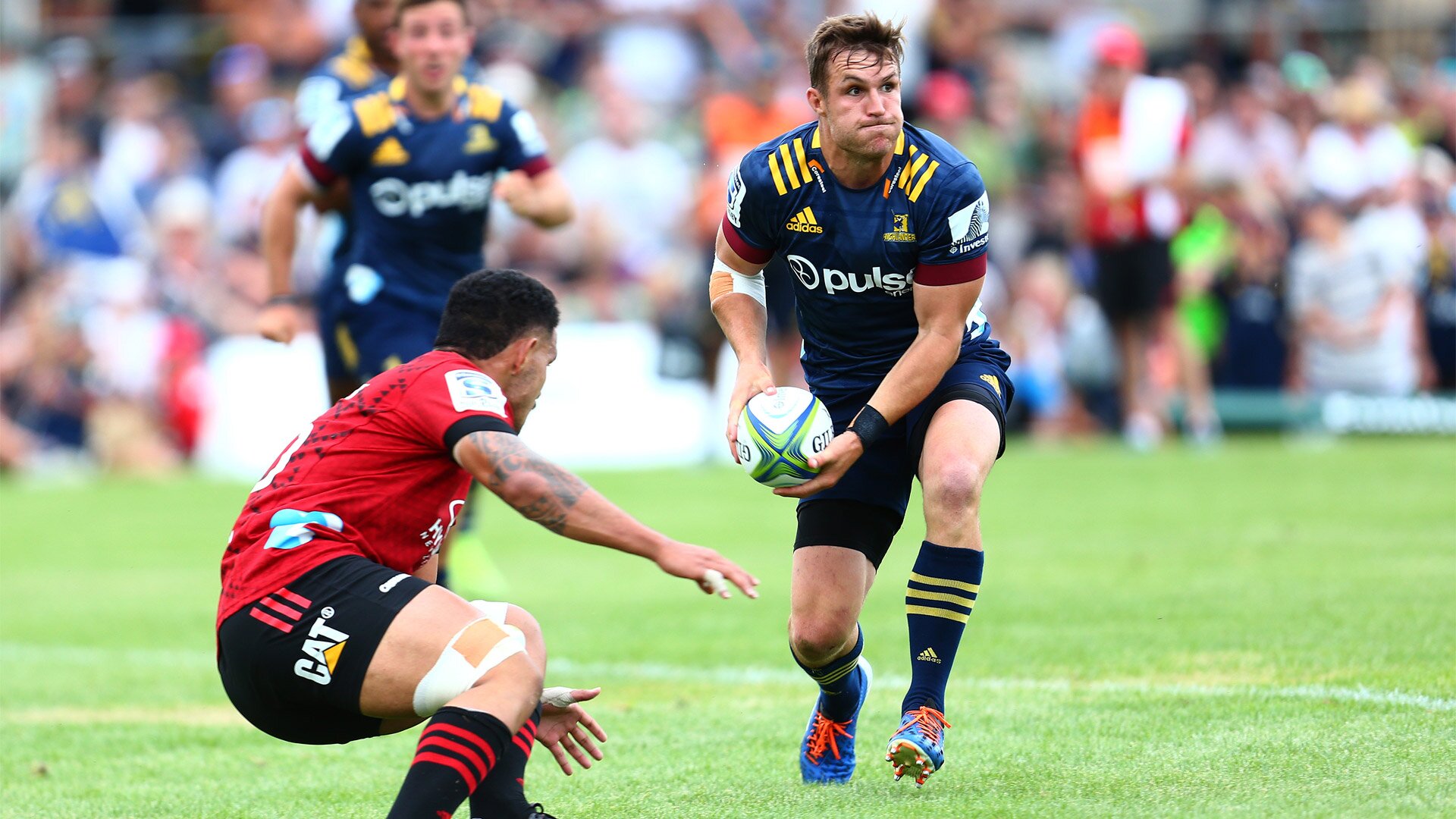 A surprise selection in this side, Parsons selected his former Blues teammate Michael Collins at No. 13 given the Otago captain may have to fill that role for the Highlanders after Fetuli Paea limped from the field against the Hurricanes last week.

“Michael Collins has got a lot of attention around his midfield spot after his success with the Otago team,” Parsons explained

“So, he’s in at 13, which works out really well because the centre, [Fetuli] Paea, got a little niggle, so Michael Collins might slip into the 13 jersey Friday night.”

Along with Squire, former All Blacks wing Julian Savea is one of the biggest signings of the 2021 Super Rugby Aotearoa season, returning to the Hurricanes following a tumultuous spell abroad in France.

His arrival back in the capital led Parsons to include him in this side, as did his performance against the Highlanders in a pre-season fixture last Friday.

“He was exceptional the other day, his work off the ball. He was living up to the hype already.” 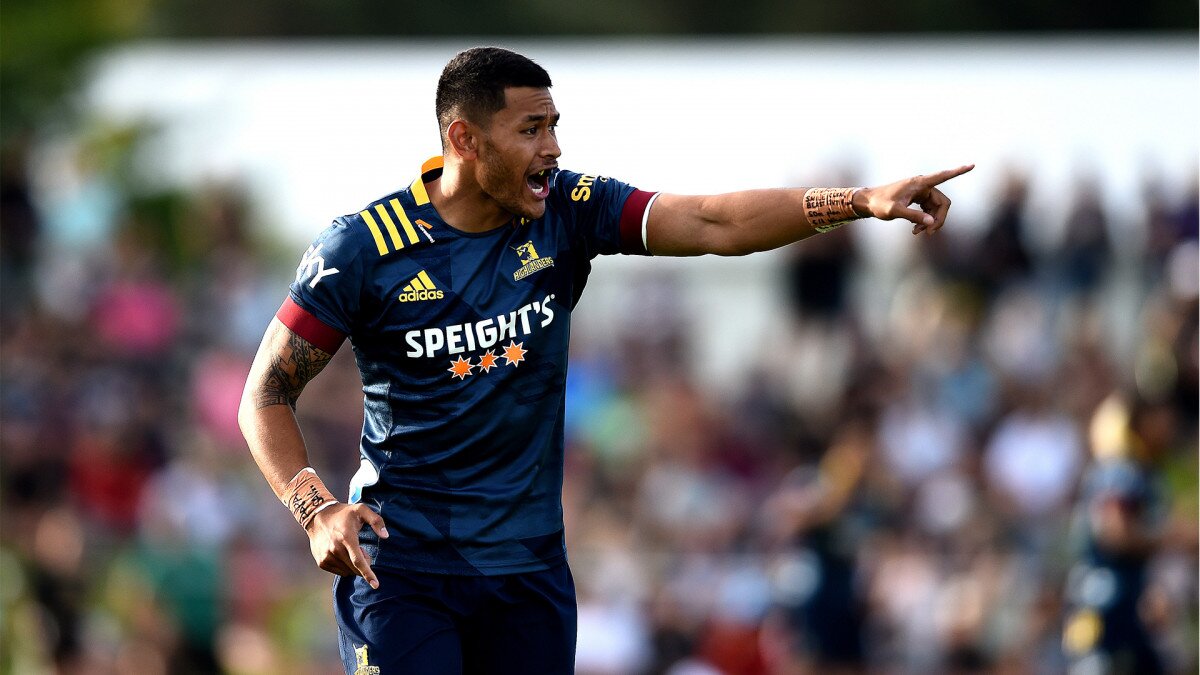 Another fiercely-contested position, Parsons said the fullback position came down to three players, who all warranted inclusion for different reasons, but it was eventually Solomon Alaimalo who came out on top following his move south from the Chiefs.

“At 15, we had three guys in the running because there were a lot of articles,” Parsons said. “One guy came in late – Connor Garden-Bachop was getting a lot of hype during the pre-season games.

“Will Jordan obviously was getting heaps around cricket [due to his involvement in the T20 Black Clash game] more than rugby, but there’s a lot of hype.

“But, Solomon Alaimalo, when he signed with the Highlanders, he’s taken out the 15 spot.”

Listen to the latest episode of the Aotearoa Rugby Pod below:

The All Blacks have evolved ahead of the Bledisloe Cup Analysis: There are already signs that the All Blacks are changing the way they play the game in 2021. Ben Wylie Rassie Erasmus’ Lions meltdown isn’t entirely unfounded Rassie Erasmus was wrong to be so public with his complaints, but he wasn’t wrong to be concerned. Gregor Paul Trans-Tasman relations under more duress Whenever there has been tension between the New Zealand and Australia unions, it hasn't ended well. Gregor Paul The nation best placed for southern dominance With different build-ups faced by the competing nations, who are favourites for the Rugby Championship? Justin Marshall David Havili proving All Blacks dream is alive and real More often than not, it can take a little bit of time before players really embed themselves into test rugby. Gregor Paul