'He turned his body around in 48 hours... he's one of the best back-row forwards in the world'

The £35m Prem price tag Next
Back

'He turned his body around in 48 hours... he's one of the best back-row forwards in the world'

Bath boss Stuart Hooper praised his team’s composure in the closing minutes after they edged out Gallagher Premiership rivals Gloucester 16-14.

Hooper’s team were down to 13 men following lock Mike Williams’ earlier sending-off and centre Jonathan Joseph was in the sin-bin after conceding a 75th-minute try to Gloucester captain Lewis Ludlow.

But Bath marksman Rhys Priestland then stepped up to kick a match-winning penalty from just inside Gloucester’s half, thwarting the visitors, who had prop Val Rapava-Ruskin red-carded in the ninth minute.

“It was not the best rugby if I am honest, but for us to find a way with 13 men out on the field, guys out of position, I am just proud to get the result,” Bath rugby director Hooper said.

“The plan from behind the posts (after Ludlow’s try) was really clear. It was about the kick-off, how we were going to get the ball back, Rhys stepping up and hitting it through the posts.

“It was a big finish for our guys. Rhys has kicked 27 in a row and knows how to put the ball between the posts.”

Referee Wayne Barnes was spot-on with both calls, yet despite trailing by only a point at half-time, Gloucester were sunk by a Taulupe Faletau try and 11 points from Priestland, with Billy Twelvetrees adding three penalties to Ludlow’s touchdown for the visitors.

Hooper added: “The effort was absolutely outstanding. There will be parts we can be massively proud of, and parts we can brush up on.

“We gave away too many penalties at scrum time, and that is something we will definitely work on, but the result outweighs those performance points.

“I’ve been at this club a long time, and Bath-Gloucester games are massive. It’s more pride and the enjoyment I took from that last bit, rather than relief.”

Hooper also paid tribute to Faletau, who backed up an outstanding display for Wales against Scotland last Saturday with another towering effort. 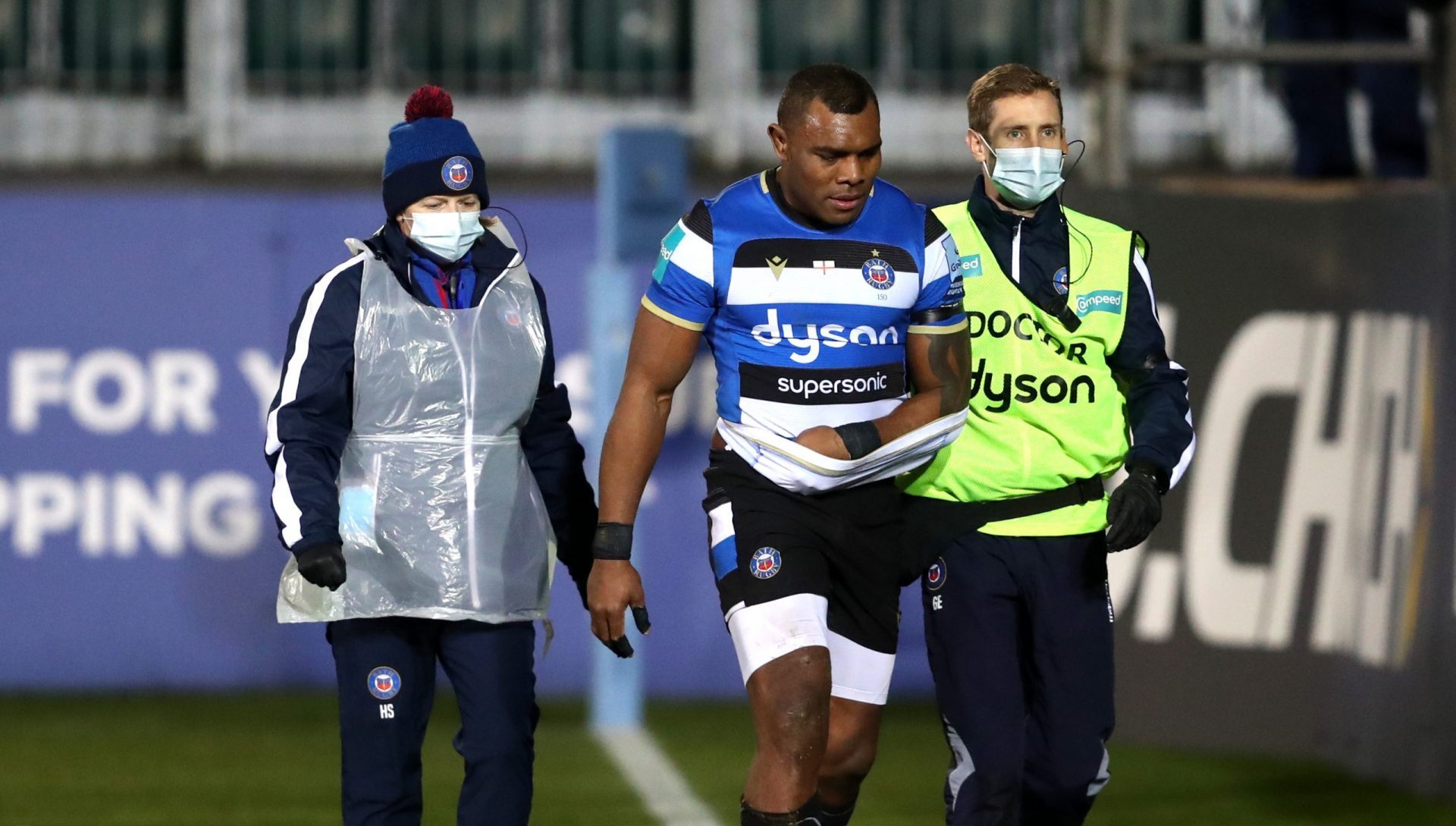 “Taulupe is a quality guy, as well as one of the best back-row forwards in the world,” Hooper said.

“On Tuesday, he was sore, having played two massive internationals for his country, but he turned his body around in 48 hours, and then to put in that shift out there is a credit to him.”

Gloucester are without a win in the Premiership since late November, yet they came desperately close to ending that run.

Gloucester head coach George Skivington said: “If you get a red card after nine minutes there is a very good chance you are going to lose, but the boys fought unbelievably hard.

“I thought they were unbelievable in the first-half with their fight and collectiveness. I can’t not be proud of them today.

“I don’t think either of the red cards were malicious, but they are the rules and you have to live by the rules.”