Kyle Sinckler has no recollection of the World Cup final despite watching much of England’s defeat by South Africa from the sidelines after being knocked unconscious in the opening moments.

Sinckler admits it took almost four weeks to come to terms with the cruel misfortune of seeing the biggest match of his life ended by an accidental collision and he has not watched a replay of the November 2 showdown since.

Once the explosive Harlequins prop had risen to his feet he was able to walk to the replacements bench where he witnessed England fall to a deflating 32-12 defeat, but the battle being fought out before him passed in a fog.

“It took three or four weeks to get over the final. It was dark,” the Maximuscle ambassador told the PA news agency in his first interview since the World Cup.

“You go through phases where you’re distraught, feeling sorry for yourself and down in the dumps.

“I was struggling because I tore my calf just before the semi-final, it was a pretty bad one as well so I couldn’t really walk.

“That was getting better and then in the final I got a pretty big concussion, so I didn’t really know what was going on.

…according to @Argentina_2027 is about switch to the @usmlr https://t.co/MmmzJmekh8

“It was an innocuous incident which was just meant to be, but it was really, really tough.

“You ask yourself, ‘why me? I’ve trained so hard to get to this moment. I’ve dreamed it, this is my life’.

“But then I snapped out of it, realising that you can either be the guy who is always feeling sorry for yourself or use it as motivation to push on.

Josh Raisey considers why the Test level partnership of Leicester's Ford and Saracens' Farrell has been Eddie Jones' go-to in 28 of his 50 England matcheshttps://t.co/SL9er6gHTp

“So I just flipped it on its head – it wasn’t meant to be so crack on, just keep doing what I’m doing and keep working hard and hopefully I’ll get selected for England again. Because I never take that for granted – ever, ever.”

The incident ended an outstanding World Cup for Sinckler, who showed his athleticism and rugby smarts to run in his debut Test try in the quarter-final rout of Australia.

In the following round he was among the stars of a stunning victory over New Zealand, but he sees no value in revising the events of the Yokohama climax to a “bittersweet” tournament a week later.

“No, no. I’m done with it. It wasn’t meant to be. There’s nothing I can learn from it for myself,” Sinckler said. 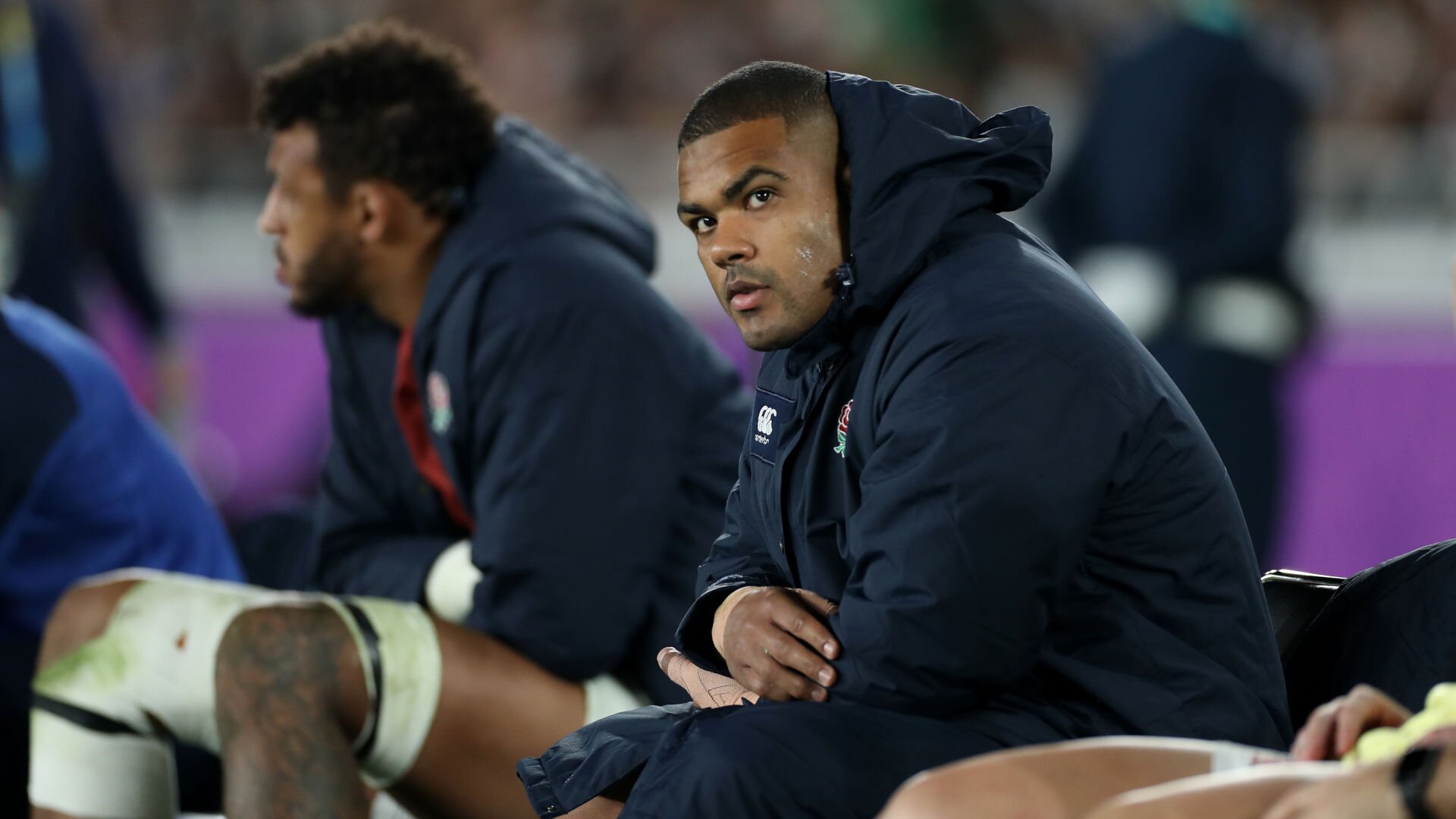 Kyle Sinckler on the sidelines

“From what I heard South Africa played unbelievably well and were deserving winners on the day.

“When you look back at the World Cup you have a sense of pride to have gone so close, but our aim was to win and become world champions and we fell short of that.

“It’s bittersweet, but that’s sport and we’ve got to keep going. We’ll dust ourselves off and go again.”

Sinckler watched the Springboks’ celebrations upon their return to South Africa with goodwill following a chance meeting with their captain Siya Kolisi during the summer leading into Japan 2019.

“We were in a petrol station and it was 11pm. It’s the off-season and I wanted some ice cream and this was the best place to get some ice cream,” Sinckler said. 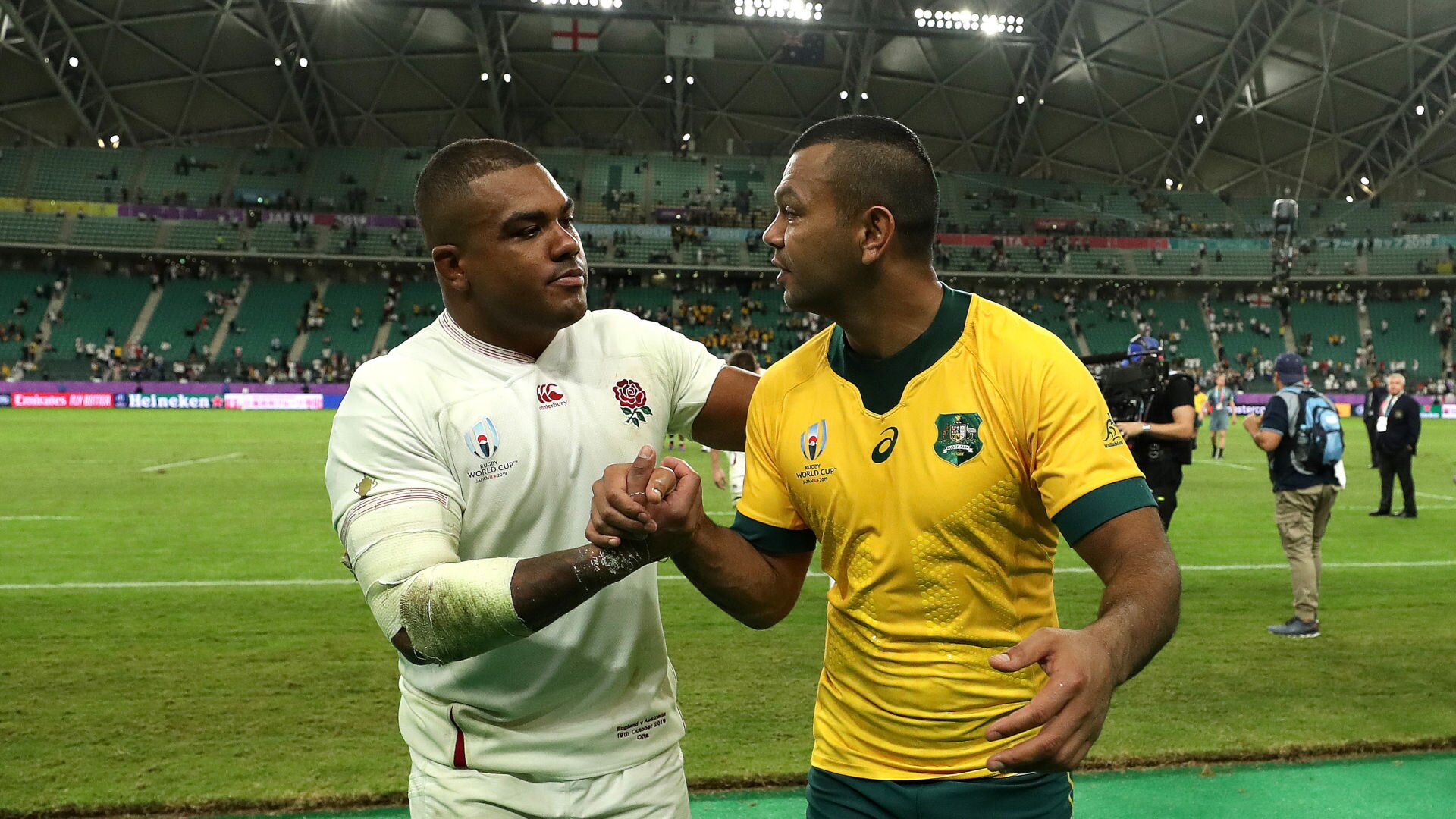 “Then Siya walks in – it was really random. He had a knee brace on and he was struggling with his injuries. He said, ‘Kyle, what are you doing in Cape Town?

“Siya is such a genuine guy. He took my number and then next day he drove us around and took us to a township.

“He told me about the struggles they have in South Africa and the quota system. In the township we saw kids with no shoes or socks, they had nothing, but were happiest kids in the world.

“Siya looked after us, we went to a braai (Afrikaans for barbecue) and he dropped me off at the airport when I was leaving. I just had a feeling that our paths would cross again.

“If anyone was going to win the World Cup, I’m glad it was him. He’s such an honourable man.”

Eddie Jones masterminded England’s march to the final and while his future beyond 2021 remains in doubt, Sinckler is grateful to the coach who spotted a diamond in the rough.

“Eddie made me, man. Eddie made me. He changed my life. To not see him as England coach whether I’m there or not would be pretty weird,” Sinckler said.

:: Kyle Sinckler is an ambassador of Maximuscle, the UK’s leading sports nutrition brand that’s helping him become the best in the world.