'I am a bit worried, to be fair...There just aren't the numbers now in terms of boys actually playing'

Haskell: 'My body's falling apart' Next
Back
PRO 14

'I am a bit worried, to be fair...There just aren't the numbers now in terms of boys actually playing'

Come February, though, the dazzling little winger was watching Scotland fall to an agonising defeat in Dublin from his sofa. He sat nursing a knee injury that threatened to rule him out of the Six Nations and even wreck his plans to help Edinburgh’s quest for a maiden Pro14 title. For a player who had followed a blistering upwards trajectory from the age grades to Edinburgh to a Twickenham try-scorer, it was a brutal blow.

In that regard, the coronavirus-enforced suspension of rugby came at a good time for the effervescent 23-year-old. Graham had breathing space to recuperate and reset, scrutinise his game and study clips of the world’s greatest wingers sent to him by Gregor Townsend, the Scotland coach.

He last played in January, and to say he is champing at the bit to face Glasgow in back-to-back Murrayfield derbies, beginning this Saturday evening, is akin to describing Richard Cockerill as being fond of contact sessions.

“It’s feeling great now. I’m flying out in training and I was probably ready to play two weeks ago. I’m very keen to get back now,” Graham said.

“We’ve been cramming so much into the last four weeks, it’s been pretty intense and tough on the body but it’s about getting us ready for the knocks and bumps that are coming.

“We’ve been doing contact pretty much every day. That’s been bone on bone or on the bags, just trying to harden us up and get us ready for what’s coming on Saturday.”

Edinburgh sit proudly atop the Conference B summit, two points clear of Munster. Maintain that berth over the derby brace that ends the regular season, and Cockerill’s men will net a home semi-final for the first time in history.

“This first Glasgow game is a must-win, do-or-die, so it’s putting a bit of pressure on us,” Graham continued. “We know we’ve got to go out and perform. All the teams are in the same boat, nobody has played for a long time. Whoever turns up on the day and plays really well is going to get the results.”
That afternoon in December was a fizzing Edinburgh display, a demonstration of their evolving attack and the expansive weaponry that they now boast. Upon arriving in 2017, Cockerill drilled a rugged set-piece, aggressive defence and a no-frills tactical blueprint to bring order to a chaotic club. But with Graham, Duhan van der Merwe, Eroni Sau, Mark Bennett, Blair Kinghorn and the burgeoning George Taylor among their backs, Edinburgh can unleash havoc in open prairie.

“That was definitely the best team attacking performance we’ve seen from us this season,” Graham said of the 1872 Cup triumph. “We’re playing a lot more expansive rugby now and we’ve got the players to do it.

“In the first few years after Cockers came in, him and [defence coach] Calum MacRae really hammered into us about defence and now we’re building. We’re getting better and better and it’s nice to now be able to attack and get the ball.

“We’re now not just looking to exit and kick the ball, we’re looking to play from anywhere. It’s really enjoyable.

“I’m getting more of the ball which is exactly what I want. I want to get my hands on the ball and get running, so it’s definitely suiting my style of play.” 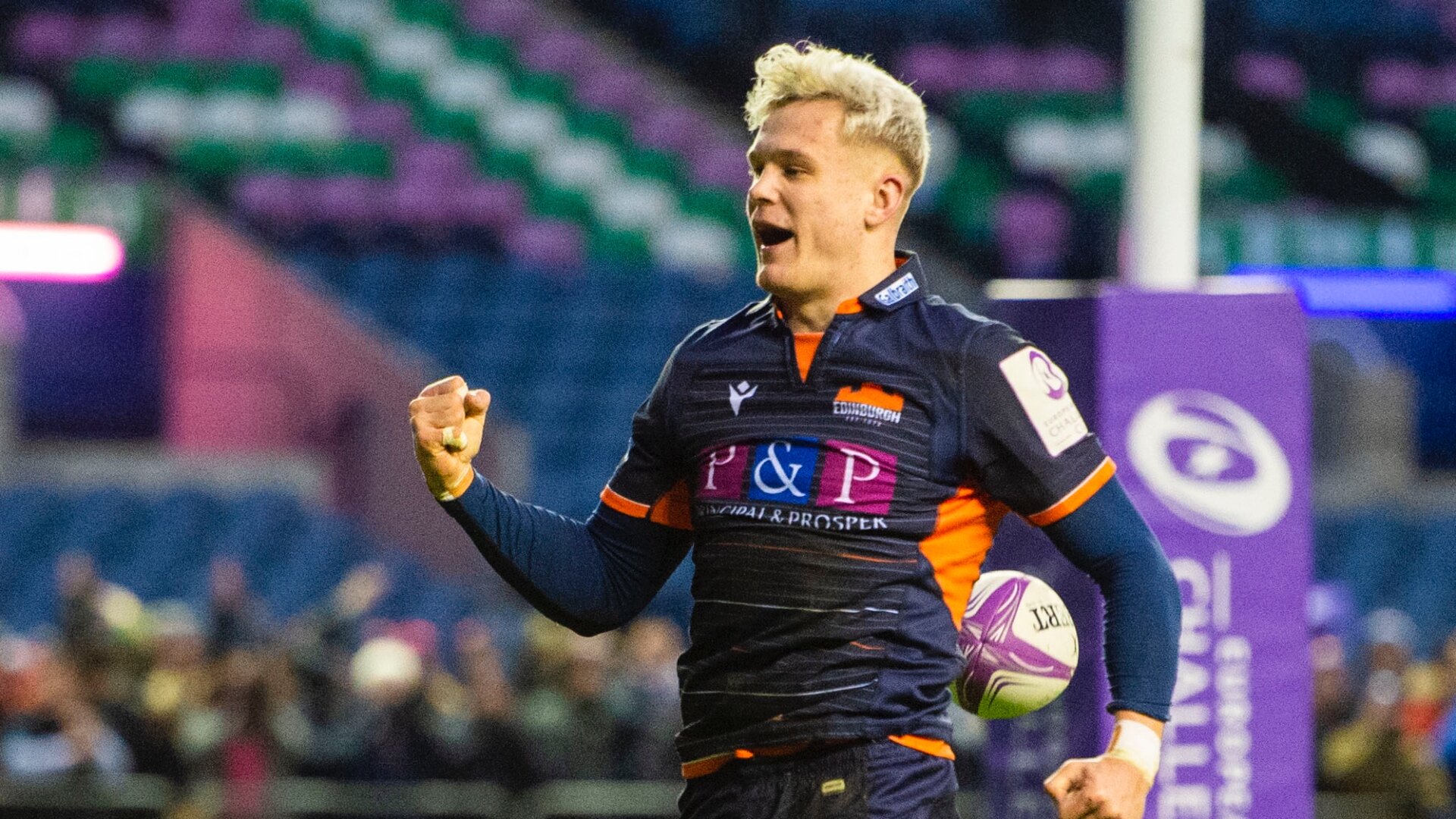 Van der Merwe, the colossal South African wing, has been a tremendous acquisition, one of Cockerill’s first signings. Having served three years of residency, he is now eligible for Scotland and with 31 tries in 57 club matches, a call-up will surely follow.

At 6ft 4in and 106KG, Van der Merwe is hulking and rapid, but has had to add footballing intelligence to his raw physical wares.

“Duhan will add huge strength to the team. He’s a world-class player – and he’s only going to get better,” Gaham said.

“He’s night and day now compared to when he first started with us a few years ago. He’s a much more complete player now. 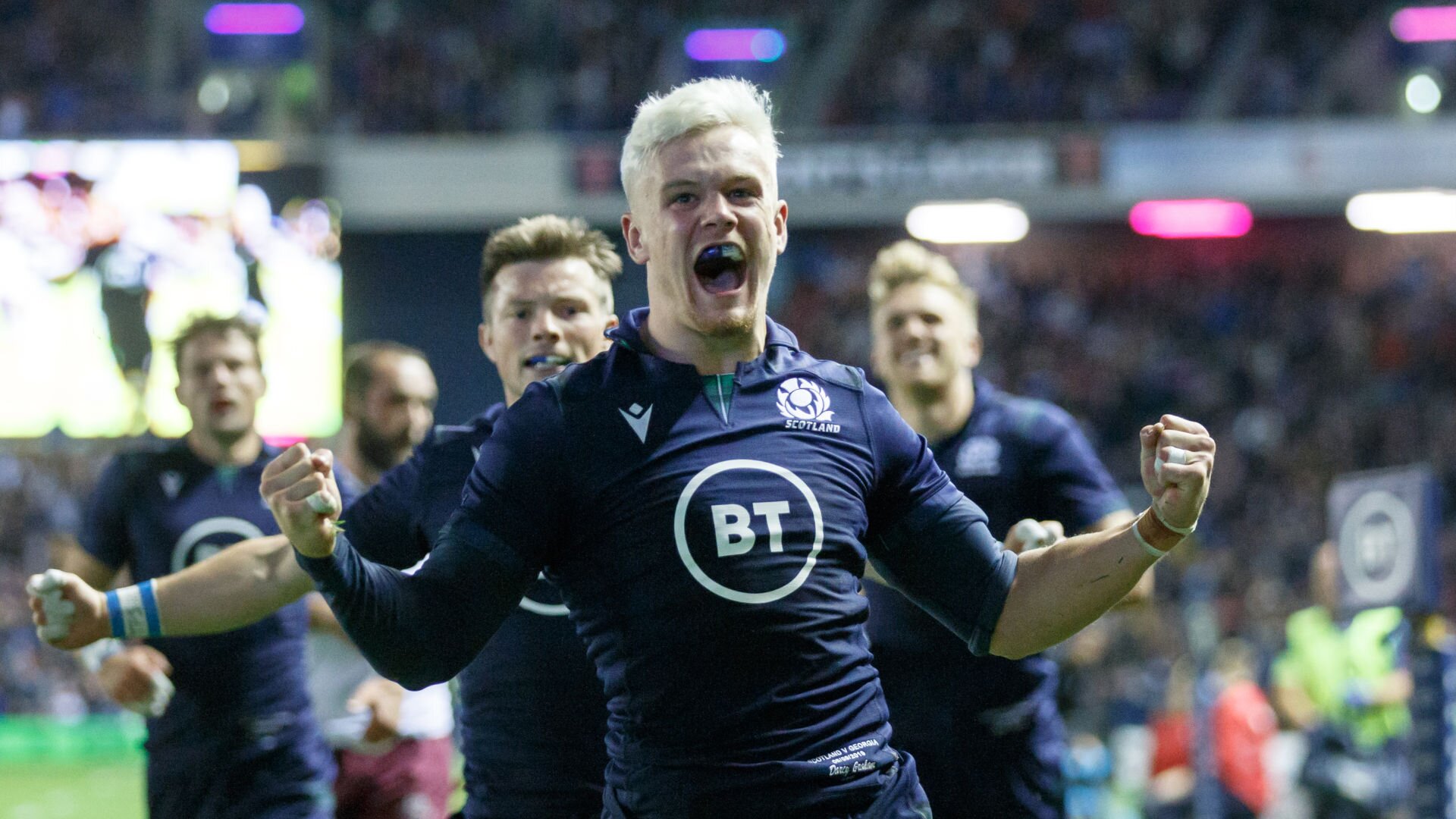 “He’s in good form, looking sharp, and looking very quick in training. If he can keep up that form, there’s no doubt he’ll be getting a call-up [for Scotland].”

Away from more immediate matters, when Graham, one of Borders rugby’s finest recent products, laments the state of the old heartland of the Scottish game, it is wise to listen. A fiercely proud Hawick man, Graham is concerned by the region’s waning influence over the past decade, with no professional team since the disbandment of the Border Reivers in 2007.

“I am a bit worried, to be fair,” Graham said. “It’s quite a difficult one. There just aren’t the numbers now in terms of boys actually playing.

“Taking it back to when I was playing Under-16s at school, I used to train Tuesday, Thursday, Friday – and then play a game on the Saturday and another game on the Sunday as well.

“I look at my brother at that age just a couple of years ago – he was only getting one or two rugby games per month, if that. They’re just not getting the amount of games.

The electric pace from Darcy Graham ?

“When I was in the Under-16s, we used to come up to Edinburgh every week and play the Boroughmuirs, the Curries and the Ayrs. It was a big competition we were in. But the boys now just don’t get that rugby. They’re not getting exposed to enough rugby now. It is kind of worrying.”

The money isn’t there to finance a reincarnation of the Reivers – even pre-pandemic – and the issues in the Borders are complex. Wizened Scottish coach Rob Moffat feels the pathway to the elite level is too distant, fuelling apathy towards pursuing professional honours. Graham feels there should be an age-capped franchise in Scotland’s new, semi-professional Super6 competition, designed to bridge the gap between amateur clubs and Glasgow and Edinburgh.

“A lot of boys just aren’t interested,” he added. “There are some great players down there, but they’re just getting lost through the system.

'I don’t know what journalists and spectators know about rugby – that would be a generalisation which I don’t want to make'@Scotlandteam & @gloucesterrugby back @charris_13 doesn't need your validation, but he would like it

“They are maybe in the academy, maybe at stage three, but just falling through the system because they can’t afford to live off the academy wage at 23. They could have a mortgage or be trying to buy a house, so they have to go and find a full-time job. There are a few like that and it is a shame.

“It’s such a difficult one. Some boys are really good players and they maybe get asked to go into the academy, but they’re turning it down. It is down to commitment as well. I was so lucky. There were a few of us. The likes of me, Grant and Fraser Renwick, we were really dedicated in the U-18s. Our parents were all dedicated driving us across the country to where we needed to be.

“Fraser was probably the big one I was speaking about in terms of getting a mortgage and kind of holding on to that dream of playing professional rugby. It just kind of runs away. It’s a shame.
“I think they missed a trick with the Super6. They missed a trick by not having the likes of an U-25s or U-26s team. That was a big one.

“As soon as you finish U-20s, there’s nothing. If you don’t get pro contract once you finish at U-20s, you’ve got nothing to go for. It’s very difficult after that to break in.”