England set Ireland the challenge of claiming a seven seven-point or bonus-point victory in Paris to win the Guinness Six Nations title after they dismantled Italy 34-5 at the Stadio Olimpico.

Ben Youngs celebrated his 100th cap by crossing twice, a brilliant second try coming moments after the interval when Eddie Jones’ men looked for a response to a ragged and bad-tempered first half.

Suffering from the cancellation of the Barbarians fixture that was to be their warm-up, they looked every bit a team that had been inactive for the last seven months because of the coronavirus pandemic.

Italy fought hard but when Jamie George touched down on his 50th cap, any remote hopes of staging an upset faded and England registered the crucial bonus point when Tom Curry surged over from close range.

Henry Slade added the fifth and final try to set up an anxious wait, knowing the destiny of the title is in Irish hands and hoping the challenge of toppling France while scoring four tries is beyond Andy Farrell’s side.

England have won all 26 previous meetings with Italy, scoring an average of over 40 points each time, and a year to the day after losing the 2019 World Cup final to South Africa they inflicted a 33rd successive Championship defeat on the Azzurri.

All week they talked about the need to show patience in shaking off the rustiness of having not played since mid-March, but it took only four minutes to breach the home defence.

Mako Vunipola was the engineer, the Saracens prop standing at first receiver and sending Owen Farrell into a gap before Youngs appeared on his shoulder to finish the move.

TRY ENG | Another try for centurion @benyoungs09 who gets us off to the perfect start in the second half. Faz slots the conversion. #ITAvENG #GuinnessSixNations pic.twitter.com/OgwskTj2dK

Italy were in full retreat in every department and it took furious defence to keep out the white shirts, so it was a conservative decision when Farrell opted for three points when offered a penalty in front of the posts.

England pressed again but a fumble by Kyle Sinckler was pounced upon by centre Carlo Canna, who gathered and carried before a rampaging Jake Polledri arrived on an excellent line to storm over the whitewash.

TRY ENG | @TomCurry98 spots a gap and sprints over to score our fourth try of the match. The conversion is missed. #ITAvENG #GuinnessSixNations pic.twitter.com/FXGR2Lop7f

Another setback came in the 23rd minute when Jonny Hill’s debut soured upon catching Edoardo Padovani on the head with an arm, forcing the Italian wing to undergo an HIA and earning the Chiefs double-winner a yellow card.

Jones slammed down his radio device in anger at referee Pascal Gauzere’s decision and what followed would not have pleased the Australian head coach either.

Italy began to attack with tempo and made inroads, winning successive penalties which they cleverly used to build pressure. 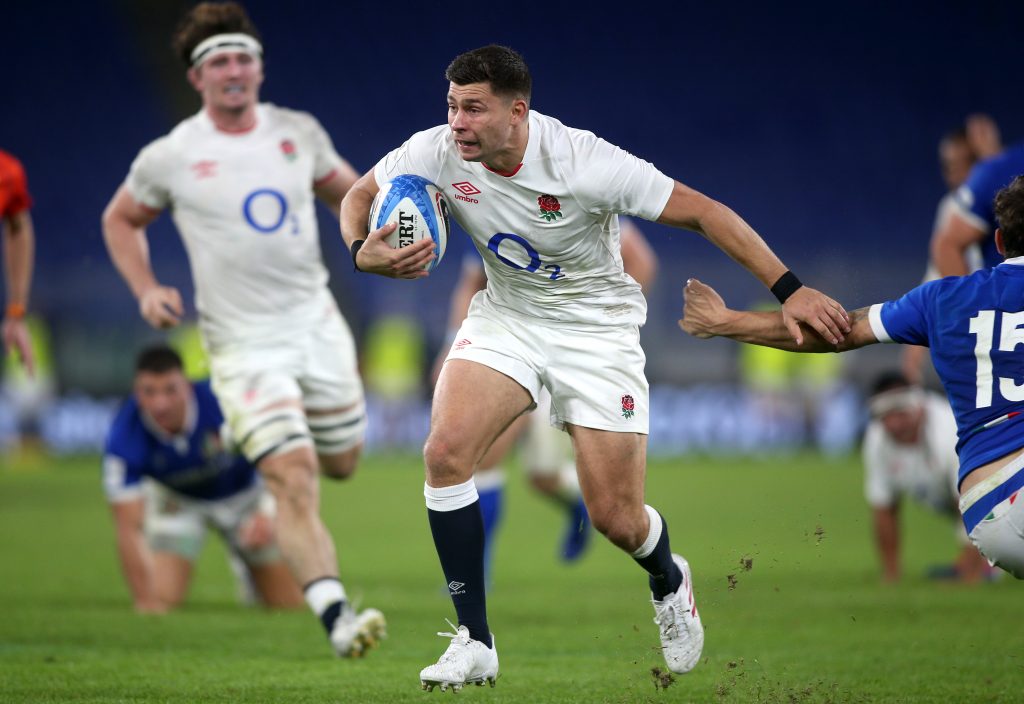 A driving line-out took them over the whitewash but they were held up with Hill under the ball and they crumbled at the ensuing five-metre scrum, costing them a glorious chance.

Polledri entered the sin-bin for going in at the side but just as England began to hammer away from close range, they conceded a penalty to enable Italy to escape and even momentarily threaten at the other end.

An unimpressive 10-5 interval lead was extended 56 seconds into the second half when Hill charged down a box kick and Maro Itoje secured the loose ball. 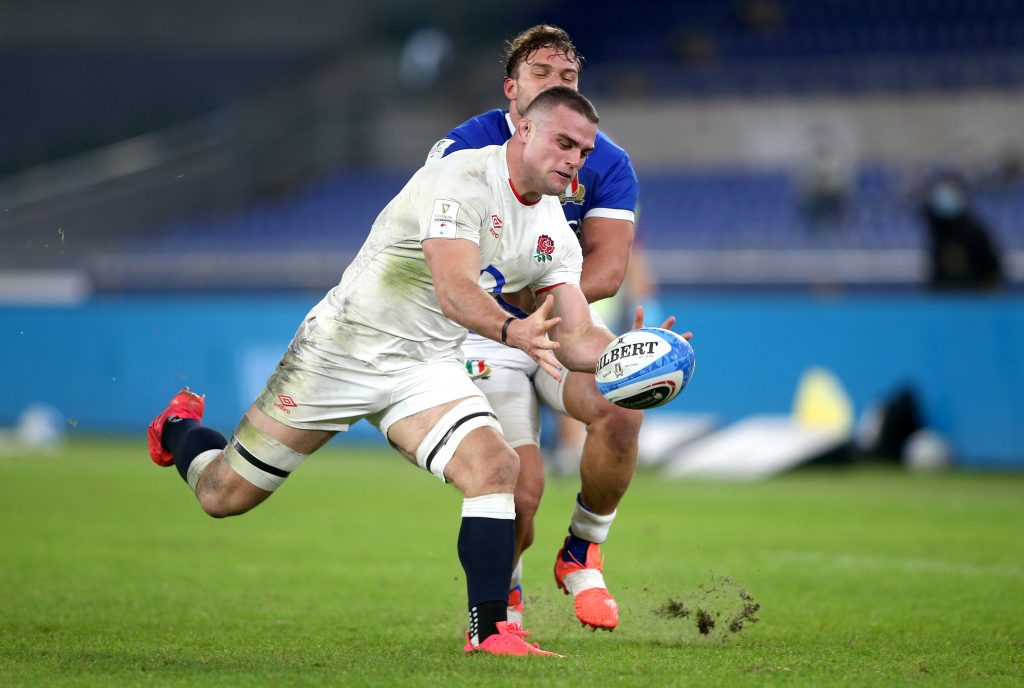 Spotting a gap at the ruck, Youngs dummied and slid through the hole before beating full-back Matteo Minozzi.

With half an hour to go, daylight opened up as George finished a driving maul but Italy refused to fold as they continued to scrap.

Finally they began to buckle, Curry spotting an unguarded blindside to scamper over before Ben Earl and Slade took advantage of an absent Azzurri defence for the latter to complete the rout.

England player ratings vs Italy Next