END_OF_DOCUMENT_TOKEN_TO_BE_REPLACED

Why Hastings would always pick Russell ahead of his son Adam

END_OF_DOCUMENT_TOKEN_TO_BE_REPLACED

'Her technique could not be much better': Caslick's yellow card tackle has gone viral
P
Poe 2 hours ago

Not sure if I believe blue deliberately forced the penalty. I would suggest that unless there is clear failure technically then it should be play on and sort out tackle improvement through clear communication. The idea of assigning responsibility seems inappropriate in this instance.

END_OF_DOCUMENT_TOKEN_TO_BE_REPLACED
Dave Cherry: 'If I see lads wasting an opportunity, I have a word'
S
Stuart 4 hours ago

Sale have not claimed a league win on the road this season, and Bristol extended that sequence following three first-half tries.

Full-back Luke Morahan, deputising for an injured Charles Piutau, claimed a double, while hooker Will Capon also crossed, with Bristol posting two of their scores during sin-binned Sale and England flanker Tom Curry’s spell off the field.

Sale could not build on a solid first 40 minutes when hooker Ewan Ashman and centre Robert Du Preez scored tries, failing to register a point in the second period.

AJ MacGinty, who will join Bristol next season, booted a penalty and conversion, yet it proved a frustrating night for Sale after they saw two second-half tries disallowed for knock-ons.

Sale welcomed back Curry after victory over Wasps six days ago, with skipper Jono Ross and number eight Daniel Du Preez lining up as his back-row colleagues, while Sam James started in the centre.

The visitors made a strong start and went ahead after just four minutes through an outstanding try sparked by MacGinty, whose half-break breached Bristol’s defence.

Robert Du Preez was on his shoulder in support, before wing Marland Yarde delivered a scoring pass to Ashman for what was an immediate statement of intent.

Bristol needed a quick response, and they produced one after Curry was yellow-carded by referee Wayne Barnes, who was in charge of his 250th Premiership game, for a technical infringement. 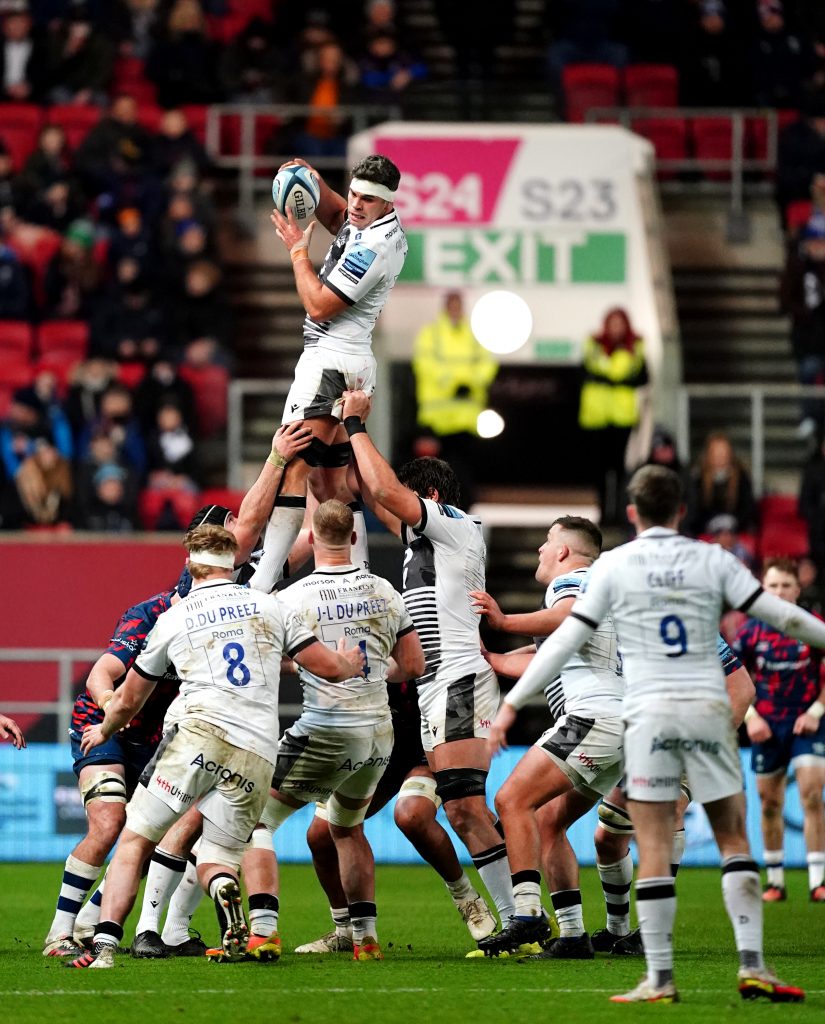 Sale were put under a huge pressure from a driven line-out, and Capon claimed the touchdown, with Sheedy converting for a 7-5 advantage after 10 minutes.

Bristol had the bit between their teeth, and they claimed a second try as Sale struggled to cope without Curry.

Centre Sam Bedlow played a critical role after scrum-half Harry Randall took a quick penalty, as his long pass found Morahan in space, and he applied a clinical finish.

It proved an expensive yellow card, as Bristol scored 12 unanswered points while Curry was off, yet the visitors drew level just eight minutes after he returned, with Robert Du Preez rounding off a flowing move, and MacGinty’s conversion tied things up. 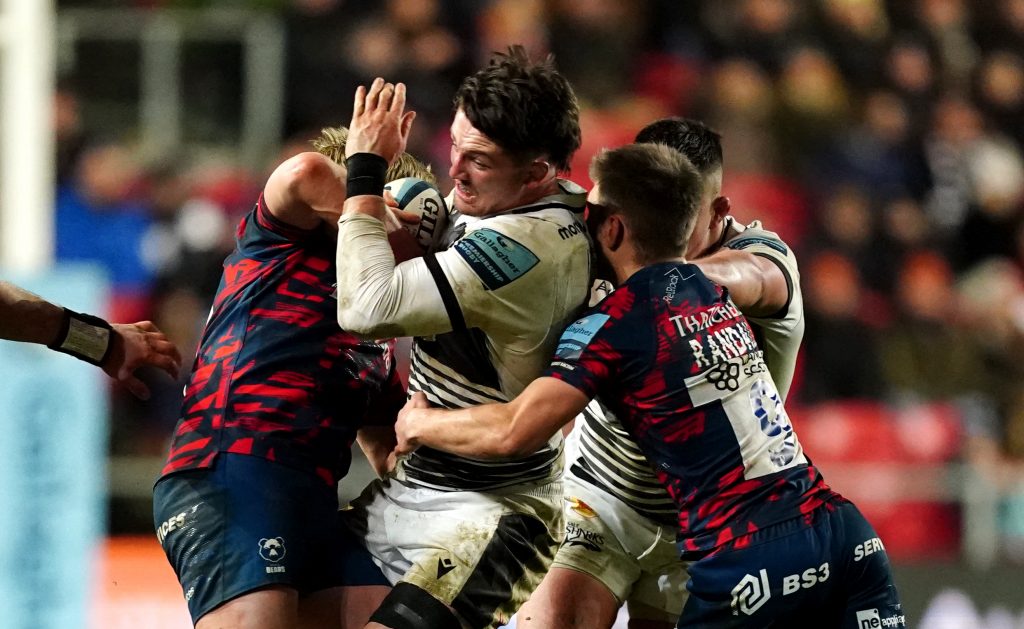 Back came Bristol, though, and Morahan again showed Sale’s defence a clean pair of heels to post his second try, converted by Sheedy, before a MacGinty penalty narrowed the gap to four points.

Both sides had further chances before the break, but Bristol took a narrow lead into the interval as they chased a first Premiership win for two months.

Sheedy opened Bristol’s second-half account through a long-range penalty, and when he repeated the feat approaching the end of an error-strewn third quarter, Sale had it all to do at 10 points adrift.

It looked like the Sharks had narrowed the deficit when full-back Luke James won a kick and chase to touch down, but the score was ruled out for a knock-on earlier in play after Barnes consulted television match official Tom Foley.

James’ brother Sam then had a try chalked off for a knock-on by substitute Simon Hammersley, and there was no way back for Sale after that as Bristol collected some much-needed Premiership points.