Kolisi proud of Boks Next
Back 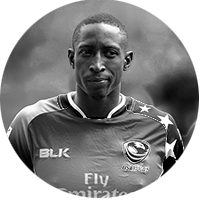 This is a massive year for sevens with the top four teams at the end of the HSBC World Rugby Sevens Series automatically qualifying for the 2020 Olympic Games in Japan.

We believe we are a top four side and now it is up to all of us in the USA Sevens squad to deliver the consistent success that will be needed to ensure we don’t have to take part in the other qualifying tournaments to find the 12 teams that will be competing in Japan.

As a team, we are ready to take our game to another level because we are growing and evolving all the time and everything we do is focussed on becoming better. It is now all about bringing that hard work together and while I don’t think I have got quicker maybe Carlin (Isles) has, which is exciting.

Coming into this opening leg of the series in Dubai as the Player of the Year for the second successive time is truly humbling. I only knew I had been shortlisted with Ben O’Donnell of Australia and Jerry Tuwai of Fiji when my Eagles team mates came up and were congratulating me.

I was really curious as to why they were all saying well done and when I realised why, it was like “Wow!”. When I then got the phone call telling me I had won it again I was truly shocked but when I thought about it I realised it wasn’t about me, it was actually about my team mates and what they do to make the game so much fun and helping create opportunities to score all those tries.

To win the award again was amazing, but is also challenging and I am super excited heading into the first day of competition in Dubai.

This is the opening leg of the HSBC World Rugby Sevens Series and while the heat is the big factor for everyone taking part I really don’t mind the high temperatures because it helps with my warm up! I get ready quicker in this kind of heat and we came out here early to adapt to the climate.

I am hoping to contribute more than last year when I was concussed in the opening seconds of our first pool game. While the rest of the squad was competing in the pool matches, I was heading to hospital in an ambulance. I then had to sit out the Cape Town sevens as I recovered from the concussion and I really don’t want to through a similarly frustrating period again without being able to help my team mates.

My only recollection of that first game last year was the ball being kicked off, we turned it over and two phases later I was knocked out! The next memory is at the hospital.

The last series led up to the Rugby World Cup Sevens in San Francisco which was won by New Zealand and the tournament dominated the season which saw South Africa defend their HSBC World Rugby Sevens Series title staying ahead of Fiji. The series came down the last round in Paris and we believe we can be a top four side by the time this one is over because even though we started slowly in Dubai last year, we still had opportunities to one of the best teams in the final table.

The World Cup really made an impact in the USA with fans more aware of the sport and game has definitely grown and is a new level at home which is great. Now, it is all about maintaining that momentum.