England won’t look for style Next
Back
Internationals

In Jamie Ritchie and Hamish Watson, Scotland boast two of European rugby’s premier flankers, rampant demons to quell who can burgle ball, scythe down opponents and lance through defensive lines, men who are performing at the very top of their game. To complete the back-row trident, Scotland need a number 8 to make the position his own.

It is a berth of traditional bounty for the nation, but oddly enough, Gregor Townsend is still seeking the man who can force himself to the top of the pecking order and complement the brilliance of Ritchie and Watson.

Number 8 remains one of the few positions in the Scotland team that has not been truly nailed down since the World Cup, nor in the three games of the six-Test autumn programme. In 2020, Townsend has started Nick Haining (twice), Magnus Bradbury (twice), Matt Fagerson (once), and Blade Thomson (twice).
Scotland don’t have a ball-carrying colossus in the mould of Billy Vunipola or Louis Picamoles. Very seldom do they cultivate – or naturalise – players with these beastly physical attributes. Only Josh Strauss and Dave Denton would fall into that bracket in recent years. What they do have are lithe, dynamic loose forwards, athletes with brains and skills who can play at a high tempo and bring striking points of difference.

These are the players vying for the jersey, and what each of them brings to the table.

Blade Thomson
The man in possession for the wins over Wales and Italy, Thomson has yet to bring his considerable footballing talents to bear on Scotland duty. Of all the contenders, the rapid New Zealand-born Scarlet has the most exciting running game and ball-playing skill-set, and ought to be a fabulous option for Townsend.

His time in the UK has been blighted by the pervasive symptoms of brain injury following numerous unfortunately-timed concussions, as well as the horrific loss of a close friend.

Thomson’s two autumn performances were more workmanlike than wonderous – which is, frankly, in tune with Scotland’s highly effective style of late – but to really cement himself as first choice, he will need to show more.

Matt Fagerson
“This kid will be a Lion,” purred one of Fagerson’s Glasgow team-mates last year.

Were it not for an ankle injury suffered in the shellacking of Georgia, he might very well have started those past two games. Still just 22, he has so much to like about his game and the scope for development and growth is tantalising. 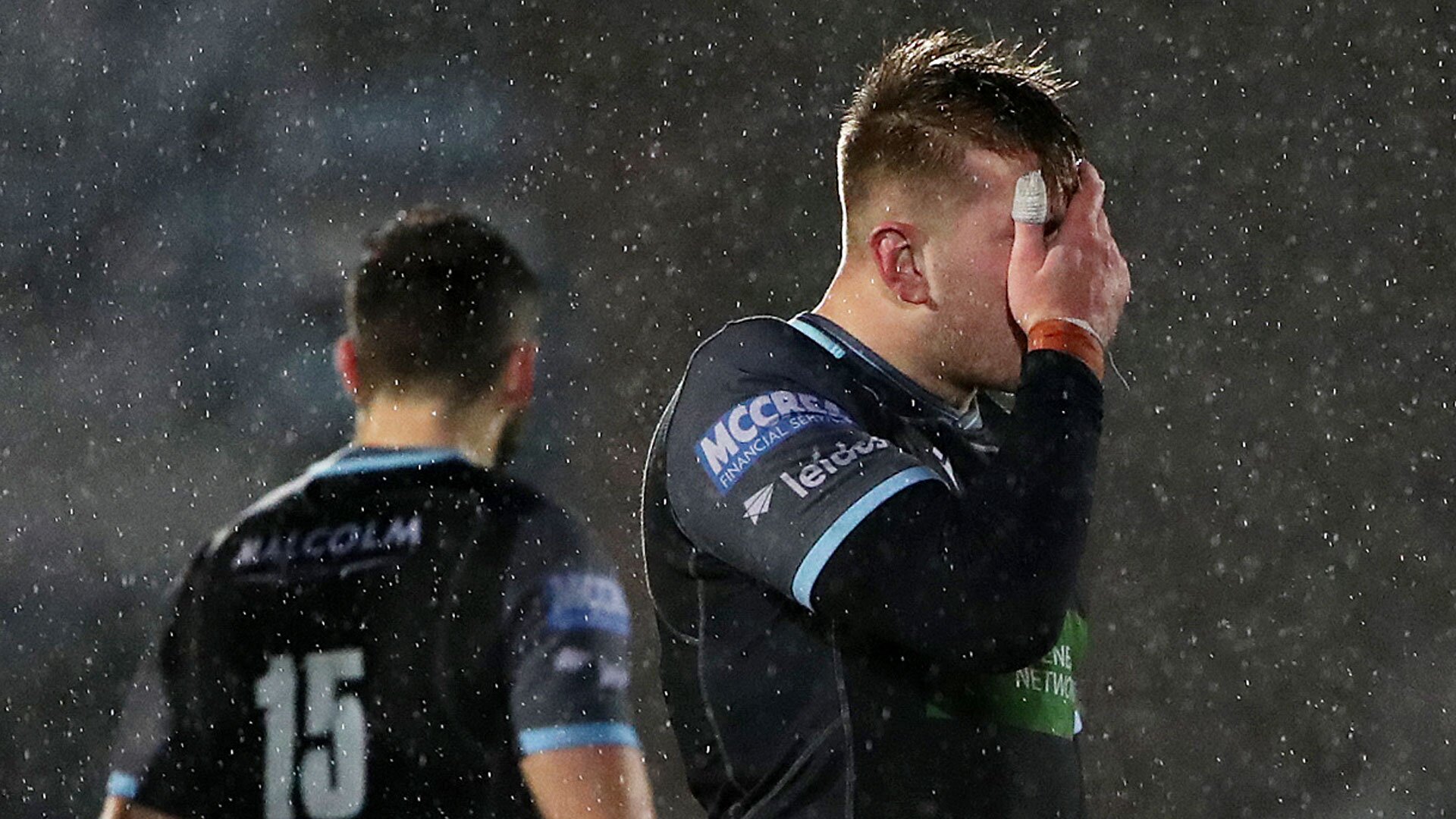 Matt Fagerson of Glasgow Warriors walks from the field after being shown a red card. (Photo by Ian MacNicol/Getty Images)

Fagerson has both ballast and agility in spades. While he is not a giant by modern rugby standards, he has clearly added slabs of beef to his physique without losing any of the nimbleness that sets him apart. His explosive footwork is outstanding, he has soft hands to augment his power game and leg drive and a relentless work rate.

He is already Glasgow’s go-to man on the carry, sometimes to his detriment when teams recognise that shutting him down removes the Warriors’ fulcrum, but coming up against the might of Leinster and Saracens and Exeter Chiefs will only enhance his talents.

Now that Fagerson has regained fitness, he has been given another start against the mighty France. Seize his opportunity, and he can fortify his place at the top of the pile.

Nick Haining
Haining was one of Scotland’s oldest debutants in the professional era when he started the Six Nations opener in Dublin aged 29.

He shone that day, a hugely aggressive carrier who fits the ruggedness and abrasion of the new game plan. Scotland need big, nasty customers to implement that style and live with the brawn of the Test arena. Haining delivers that and more, an elusive runner and thunderous tackler. He might not hit a million rucks a game or plunder masses of turnover ball, but jackaling is not Scotland’s priority at eight with Ritchie, Watson and either Fraser Brown or Stuart McInally in their arsenal. 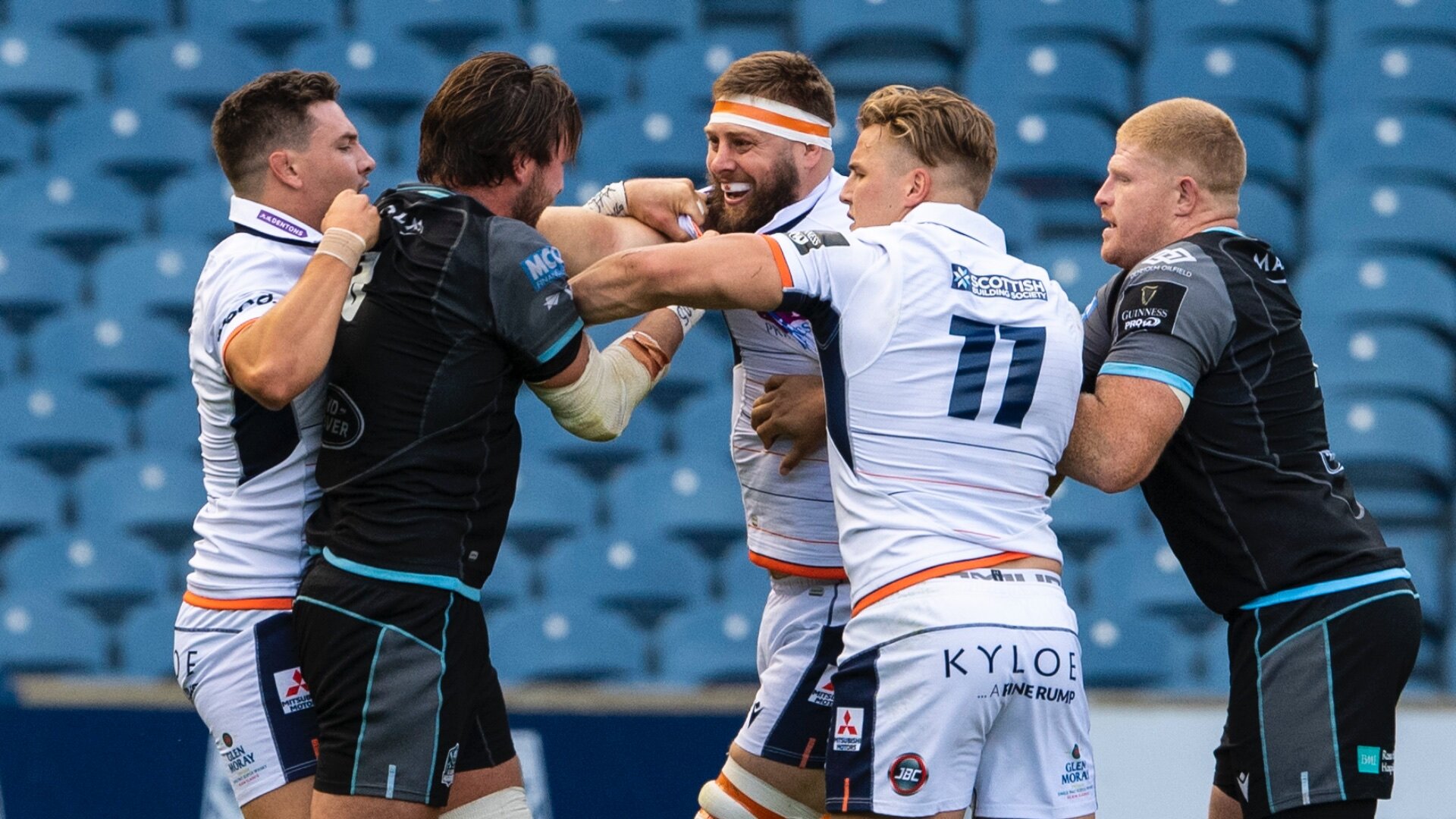 Although he turned 30 in September, Haining is a relatively late entrant to the weekly rigors of the professional game, having joined Jersey in 2014 after being let go by the Western Force, and has many years of rugby in him yet.

Magnus Bradbury
Bradbury ousted Haining from the XV for the games against England and Italy, and remains a very attractive foil for Ritchie and Watson.

The problem for the Edinburgh juggernaut is his wavering form, the perception that he waxes and wanes too much in the throes of Test matches. At 6’4 and over 110KG, he is a real bruiser and a devastating runner. He was pivotal in the bonkers Twickenham comeback of 2019, and put in some fine displays earlier in 2020, notably in coming off the bench against France. 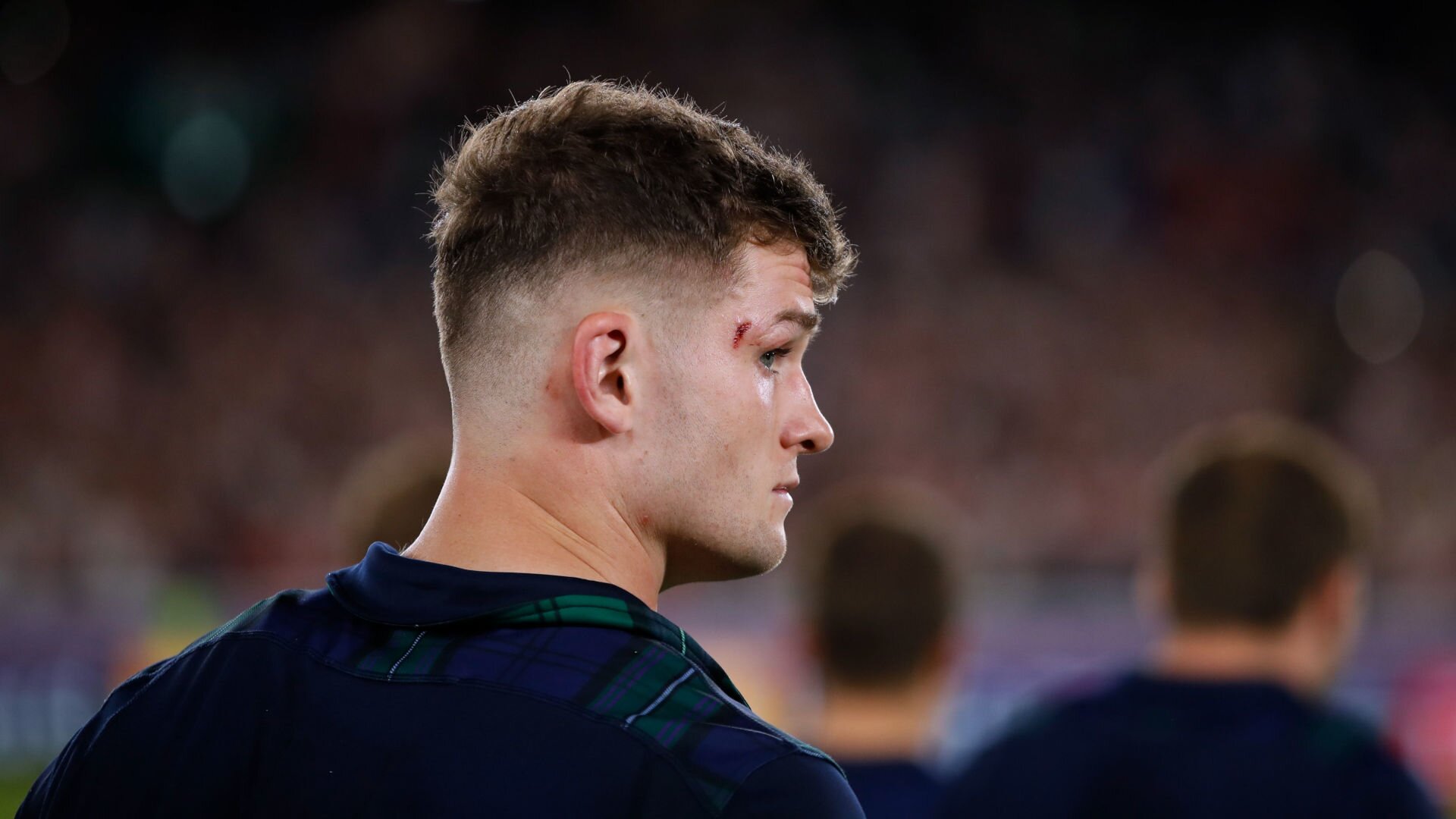 Bradbury wasn’t sufficiently recovered from injury to make the autumn squad, and even had he been, Townsend may have left him to regain form and fitness at Edinburgh. At 25, if he captures the consistency of performance and truly harnesses his physical weaponry on a weekly basis, he could make himself a starter again.

Cornell du Preez
Du Preez has overcome two of the most heinous injuries in his time in Britain, either of which might have finished off other players. His foot was quite literally dangling off after a sickening leg break on Edinburgh duty six years ago, then on his Worcester debut in 2018, he fractured his larynx, struggled to breathe, and ate through a tube in his nose for six weeks. 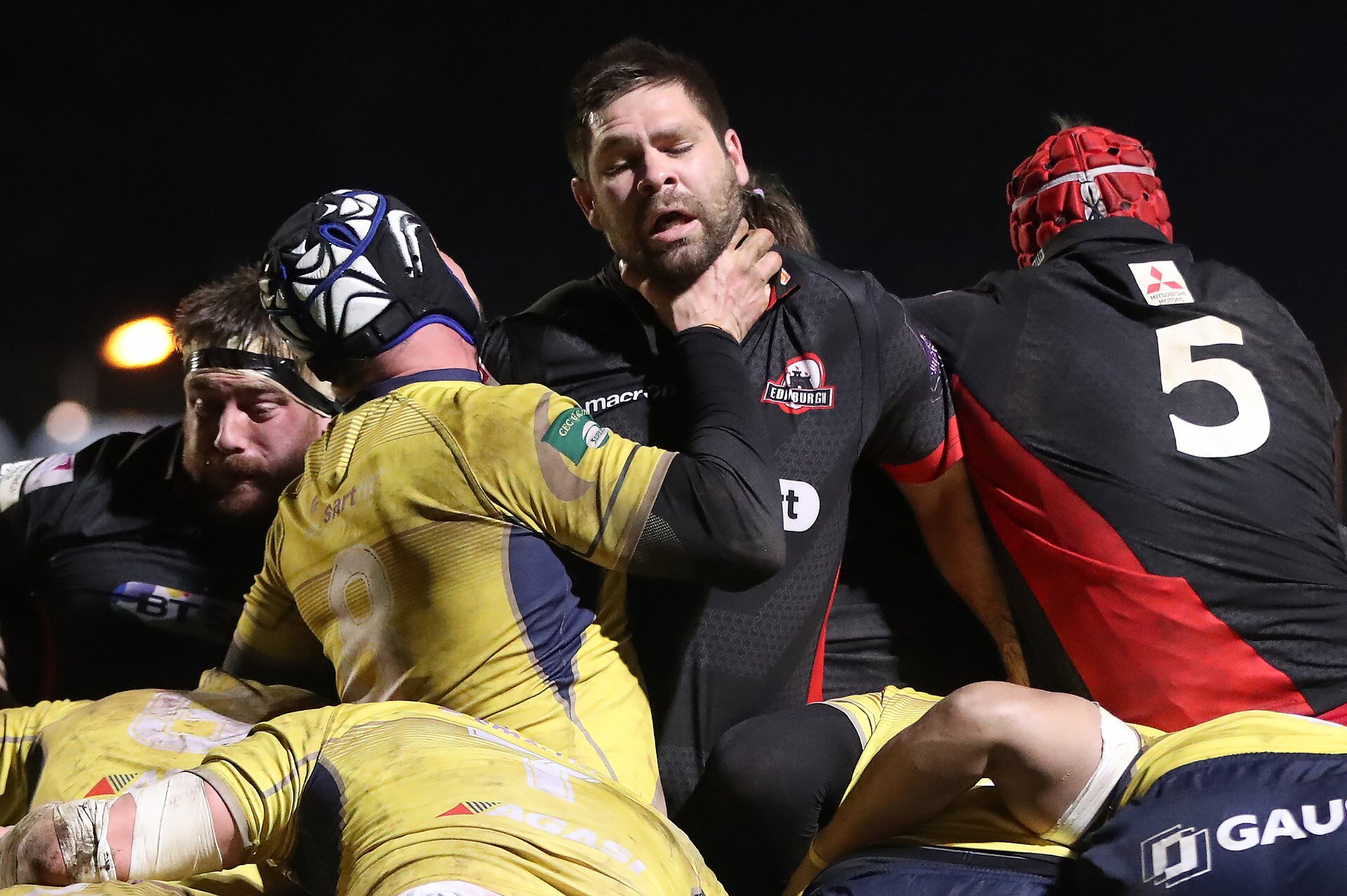 That he is able – physically and mentally – to play rugby again after this lot is incredible, never mind the kind of barnstorming displays he is delivering for Alan Solomons’ Warriors.

Du Preez is Worcester’s defensive bulwark in the back-row, allowing young captain Ted Hill to do much of the open-field galloping. His tackle counts are outstanding – he made more than 30 in a single game against Exeter Chiefs last term – and he has the all-court, off-loading game as well as belligerence.

Cast into the wilderness in the wake of a grim performance in Cardiff two years ago, at a time when he was still carrying too much beef post-leg break, Du Preez has roared back to form after the horrors of his throat trauma. Three substitute outings in 2020 show he has work to do to compel Townsend that he brings more than brutality off the bench.

Beyond those five, Ryan Wilson has not featured since the World Cup. While he still longs to represent his country and breach the 50-cap milestone, at 31, the Glasgow co-captain will have to produce some scintillating form and perhaps require injuries to his rivals to move Townsend to pick him again.

Adam Ashe was one of the top performers in the early days of Dave Rennie at Glasgow, but fell out of the team, got injured, and will soon be playing in America’s Major League Rugby. Bruce Flockhart is a titanic prospect with speed, size and footballing acumen, but is taking time away from the sport.

Fagerson, now that he is fit again, is leading the pack, but there is very little in it. There may not be a candidate towering head and shoulders above the rest, but the competition is ferocious, and competition will only yield gains.