The £35m price tag to join the English Premiership

Carter announces retirement from rugby Next
Back
Gallagher Premiership

The £35m price tag to join the English Premiership

Ealing Trailfinders could face a bill of more than £35m to join the Gallagher Premiership if English rugby’s elite clubs insist on future promoted clubs buying a share in the organisation.

A £20m price tag has been put on a share in Premiership Rugby to be allowed into the “club” and this one-off payment would be on top of the annual running costs of being part of English rugby’s professional competition which is understood to be between £15m and £20m. The financial commitment to be part of the Premiership is why ring-fencing has been a constant debate and with an agreement that no club will be relegated this season and Saracens favourites for promotion, there will be 13 clubs next season – all holding shares.

RugbyPass has been briefed on the financial challenges Premiership clubs are facing including the prospect of a 50 per cent drop in central funding from the Rugby Football Union next season plus the ramifications of a COVID-19 hit season.

Who were the best players in last weekend’s Six Nations games?

The Premiership clubs have seen revenue slashed by the pandemic with loss of gate receipts, hospitality and sponsorship revenues while having to pay between £20,000 and £40,000 a month for COVID-19 tests for their players and staff.

Ealing are funded by Trailfinders owner Mike Gooley who has an estimated personal wealth of more than £300m and they will challenge Saracens for promotion next season. Saracens already hold one of the Premiership shares and if, as expected return to the top flight, it would then leave Trailifinders as favourites to come up at the end of the following season – if they satisfy a range of criteria that will be put in place. 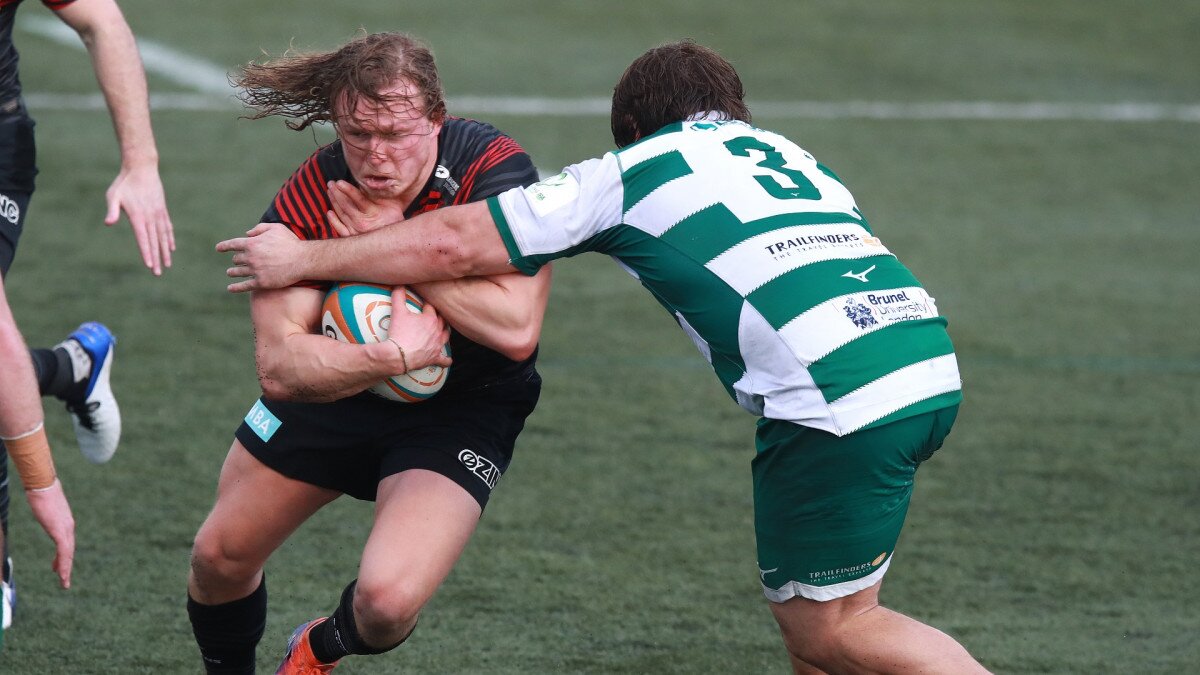 This includes a minimum stadium capacity of 10,000 which Trailfinders are expected to satisfy by agreeing to ground share with Queens Park Rangers, something Wasps did during their nomadic period before moving to Coventry. Besides the capacity criteria, a promoted club will also have to satisfy targets for club administration and other key roles, community development programmes, ground tenure and ground moves, facilities, medical and safety, marketing, plans to increase attendances, adherence to the Salary cap and playing and contractual commitments.

Even if the demands for £20m for a share in the Premiership is dropped, a promoted club would still face annual running costs believed to be between £15-20m with the final bill depending on factors including squad size, coaching team, women’s rugby, stadium operation and administration. Around 85 per cent would need to come from sources other than the RFU, including centrally distributed through Premiership Rugby.

Given the financial problems being faced by English rugby’s second tier clubs – the Championship – it is difficult to see other club’s being able to match the financial clout of Ealing unless they can attract a wealthy new owner. That would mean future winners of whatever competition is agreed for the Championship are highly unlikely to satisfy the criteria for promotion, creating a glass ceiling in the sport.