END_OF_DOCUMENT_TOKEN_TO_BE_REPLACED

This, surely, is Scotland's time to come of age

The making of Capuozzo: 'That's where his intelligence comes from'

END_OF_DOCUMENT_TOKEN_TO_BE_REPLACED

Scotland player ratings: Gregor Townsend made three changes to his Scotland XV to play France in Murrayfield. Fresh from the round three win over Italy in Rome after opening defeats to Ireland and England, the Scots changed up their pack for the visit of the Grand Slam-chasing French.

In their 20 meetings in the Guinness Six Nations, France have won 17 times, but Scotland had won two of their last four, both in Murrayfield. The RugbyPass Index also predicted a 71 per cent win chance for Townsend’s men.

Here are our Scotland player ratings:

Noises from inside the camp are that Hogg was to the manor born as a captain, and if you allow for his first-round fumble, this Six Nations has been a return to form after a flat Rugby World Cup. His vision and smart decision making with ball in hand told in many of Scotland’s most productive plays. However, his kick selection and accuracy let him down here at times. No doubt his initial steps as skipper will see a temporary depreciation in his own game.

We’ve been quite harsh on Maitland’s performances to date in this tournament on the back of some phoned-in performances in the opening rounds. The Saracen opened brightly here however – carrying well and brilliantly won the ball in the air in the 16th minute. Bagged his two tries liked he worked in Tescos.

He’s earned his way into the team after the strangely flat form of Huw Jones in the first two rounds, and his second start in a row saw him get a chance to showcase his rangy running style.  He doesn’t seem to miss tackles, so a gold star for that.

Sometimes when you look at the game Townsend wants Scotland to play, Johnson might look like the odd one out – a short-term rather than a long-term fix. A sliced kick into touch wasn’t a great start, but his selfless pass to Maitland in the 41st minute summed up his game. An altruistic grafter.

Solid under the highball and survived when put under the pressure by the French when turning in defence. Ran hard and chased ever kick like a trusty Golden Retriever. Deserved a try at the end but the kick ahead didn’t quite play out.

A return to form after a patchy performance in Italy in which he missed three kicks. He kicked a lot of ball in the first half despite what looked like a dry Murrayfield track. Has lots of time on the ball.  He’s said in the media that he wants to prove himself but here we saw him truly expressing himself.  Finn who? (Jokes, please don’t write in) 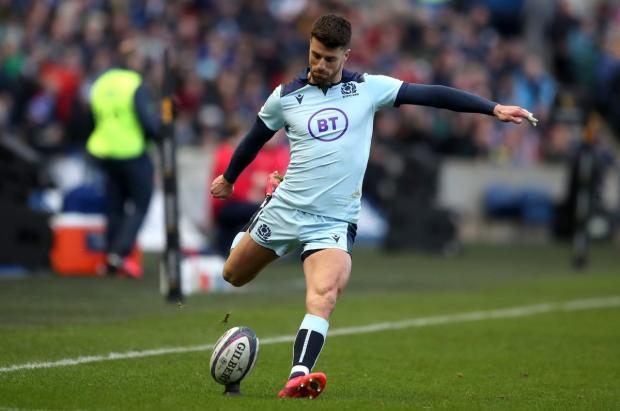 Thoroughly middle of the road contribution at the base of the scrum. Scotland used to base their game on super-fast ruck speed – some of the Scottish rucks today could be measured in minutes. If Scotland want to play the fastest rugby in the world, then Price needs to press the fast forward button. His excellent 20 metre angled run in France’s 22 was a highlight in attack.

Scotland’s prop duo of Sutherland and Fagerson have probably been the form pairing in the 2020 Six Nations. Carried well when and didn’t take a backward step all day.

Brown won his 50th cap today and it was his best performance in this year’s competition to date. Great work over the ball helping to earn a turnover in the 14th minute was one of his many excellent contributions. A landmark cap to be very proud of.

It was 70-30 in favour of the Scots in the scrums, until the sending off of Mohammed Haouas. Fagerson got the better of Jefferson Poirot.

Can be a bit of a non-entity at times. It’s very early days in his career but this game largely passed him by. No doubt there is more in the tank from this 23-year-old prospect.

Up-ended by Cros in the opening minute in a weird contact that won a yellow card. Got the ball away from the ruck for Scotland’s try just before halftime and a hell of a lot faster than Ali Price too.

Continues to be a nuisance and managed to incite a big right hook from France’s Haouas. That alone warranted two of his eight points here. Brian Moore’s Man of the Match. While he was kept in check with ball in hand, his savagery over the ball was there for all to marvel at. His 42nd turnover might well have won the match.

Today was always going to be a massive test for the 6’4, 115kg No.8 against a powerful but mobile French forward pack. Was unlucky to give away the first penalty, which Ntamack duly missed. Plenty of aggression and in the thick of it when things boiled over. Litmus test passed.

Townsend seems to be swapping him and Brown in a sort of horse-for-courses manner. His bodged lineout throw as conditions deteriorated wasn’t a great start. His 8th try for Scotland came moments later when he pounced on a fumbled stolen lineout (off his own throw), and all was forgotten. 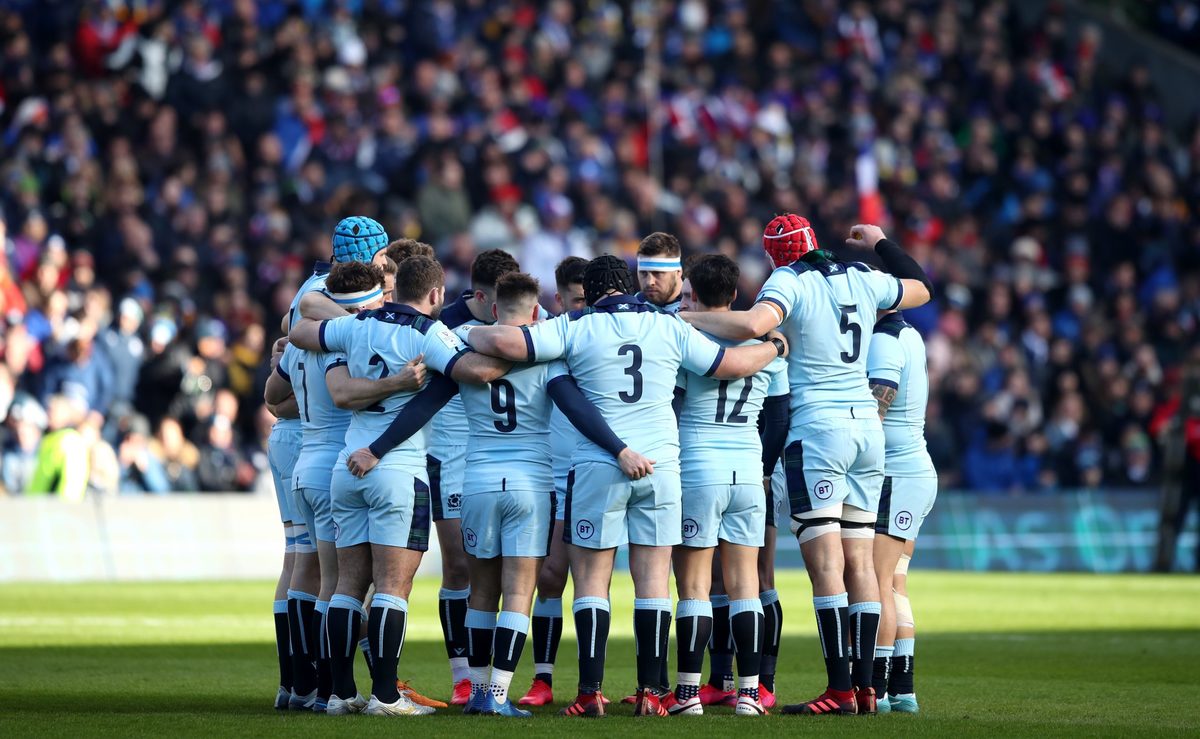 Again, the scrum looks a tad shakier with Scotland’s Dell n’ Nel coming off the bench. Bamba put a lot of pressure on at scrumtime.

Known for his scrummaging, but as with his dance partner Dell, the Loeriesfontein bron tighthead didn’t get much of a chance to put a stamp on the game.

Not on long enough to rate.

Swapped back out to accommodate Hainings’ return. Tackled hard and brought physicality.

The wet conditions that he came into aren’t ideal conditions for a livewire like Horne. Looked dangerous but maybe a little too eager to make a big play. Playing second fiddle as an impact sub but would like to see him start a game.

Hardly on long enough to rate but he did manage a turnover so why shouldn’t he get a seven?

Won his first cap in the 66th minute. Made a positive contribution disrupting on kick-chase duty.