England star Maro Itoje made a try-scoring return to the Gallagher Premiership as rampant Saracens humiliated rock-bottom Bath with a 71-17 victory at the Recreation Ground.

The British and Irish Lions lock had not played a Premiership game since Saracens drew with Bath 12 months ago in their final top-flight fixture before the club’s salary cap breaches meant relegation to the Championship.

After completing his rest period following the Lions’ South Africa tour, Itoje showed impressive form in front of England head coach Eddie Jones – although his afternoon ended early in the second half after he took a blow to his left shoulder.

Jones is certain to want early updates on Itoje and Bath wing Anthony Watson, who went off with what appeared to be a knee issue.

Saracens, though, made it three wins out of four, racking up a remarkable 45 points in the first half through hooker Jamie George’s try double, another two from wing Max Malins and one each by Itoje and flanker Ben Earl. 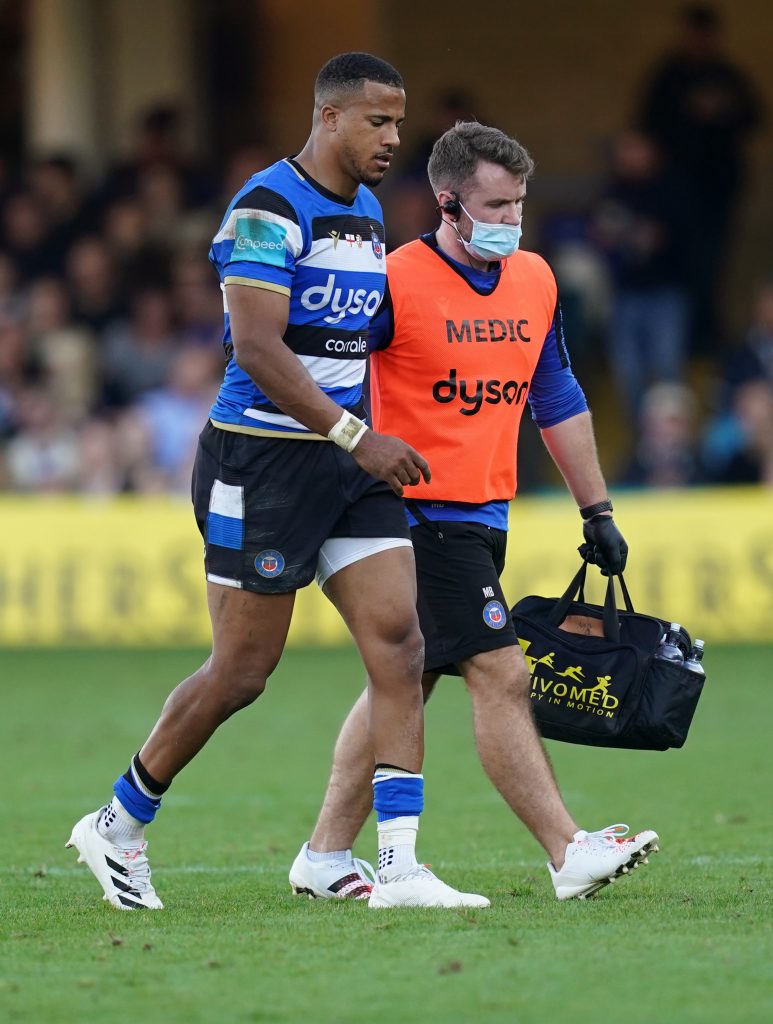 Full-back Tom de Glanville, back-row forward Tom Ellis and wing Will Muir claimed Bath consolation scores, and Danny Cipriani added one conversion, but it was a horrible afternoon for the west country club.

George, Mako Vunipola and Billy Vunipola were among those left out of Jones’ recent England training squad but they all made powerful claims for a recall when he names his Autumn Nations series group on Monday.

Cipriani returned to action for his home debut after successfully completing return-to-play protocols after suffering a head knock during Bath’s defeat against Sale last month, while there were also starts for Watson and hooker Tom Dunn. 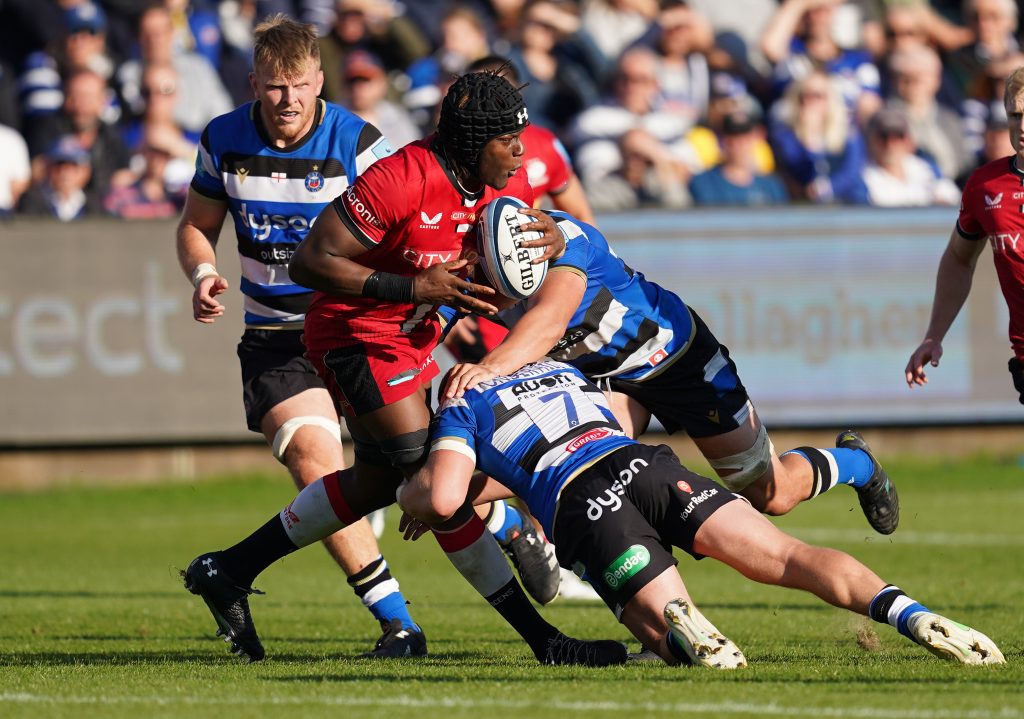 Saracens made a bright start and after Farrell kicked them into a second-minute lead, they prised open Bath’s defence, initially through fine work by number eight Billy Vunipola, before Itoje stormed through a huge gap to score.

Farrell converted, underlining the size of Bath’s assignment, and matters deteriorated for them after 16 minutes when Saracens struck again.

The visitors had to absorb a spell of pressure but Bath were unable to make it count, and Saracens broke upfield before Goode sent a scoring pass to Malins, with Farrell’s conversion leaving Bath 17 points adrift.

Bath continued to have chances, yet they continued making mistakes and Saracens did not require a second invitation to strike again 12 minutes before half-time.

Bath will feel aggrieved that no action was taken against Saracens wing Sean Maitland after he challenged De Glanville in the air, but they were immediately under pressure from a driven close-range lineout and George touched down.

Farrell converted, as he did for Saracens’ bonus-point try after just 30 minutes when a woeful midfield pass by Cipriani was gathered by Malins, who sprinted 50 metres to score.

There was no let-up from Saracens, and further tries arrived before the break for Earl and George as Bath faced the third-biggest interval deficit in Premiership history 13 years after they led Saracens in a league game by exactly the same margin.

Bath at least scored first in the second half after Josh Bayliss charged down a Farrell kick, Sam Underhill almost crossed, and then quickly recycled ball allowed De Glanville a try that Cipriani converted.

Saracens soon resumed normal service, though, with further tries following for Mawi, Malins, Segan and Morris to complete an afternoon of total domination.

Leinster 'looking for big win' Next