Sale Sharks up to second in Premiership with Newcastle win

Sale moved up to second in the Gallagher Premiership after defeating Newcastle 31-16 at the AJ Bell Stadium.

The Sharks controlled the opening period and deservedly moved 18-6 in front at the break thanks to tries from Marland Yarde and Lood De Jager.

AJ MacGinty converted one of those efforts and also added two first-half penalties, while Newcastle’s response came via the boot of Brett Connon.

Connon was successful for a third time off the tee in the second period but two more MacGinty three-pointers effectively sealed a thoroughly deserved win for Alex Sanderson’s men.

AJ MacGinty how have you found that pass! ? Superb!

Lood de Jager with the try and Sale in the mood ? pic.twitter.com/1UrTSouVb9

Joel Matavesi and Simon Hammersley traded late tries in what was an exciting finale, but it was the Sharks that went home much the happier.

Following successive defeats to Bath and Harlequins, play-off challengers Sale got back on track against Exeter and took that momentum into the early stages of Friday’s game.

In contrast to the Falcons, who were slack from the start, the hosts played with tempo and accuracy and opened the scoring inside three minutes as Faf De Klerk’s brilliant pass was matched by an equally impressive finish from Yarde.

MacGinty converted superbly from out wide and then played a crucial role in the Sharks’ next try.

Sanderson’s charges were finding gaps in the opposition defence with regularity and, after Josh Beaumont had scampered down the right, the lock found his fly-half.

The US international was put off balance by the retreating Logovi’i Mulipola but still managed to produce a sumptuous off-load to send De Jager across the whitewash.

Newcastle battled back and earned a penalty which Connon converted to reduce the arrears to 12-3, but they continued to make needless errors. 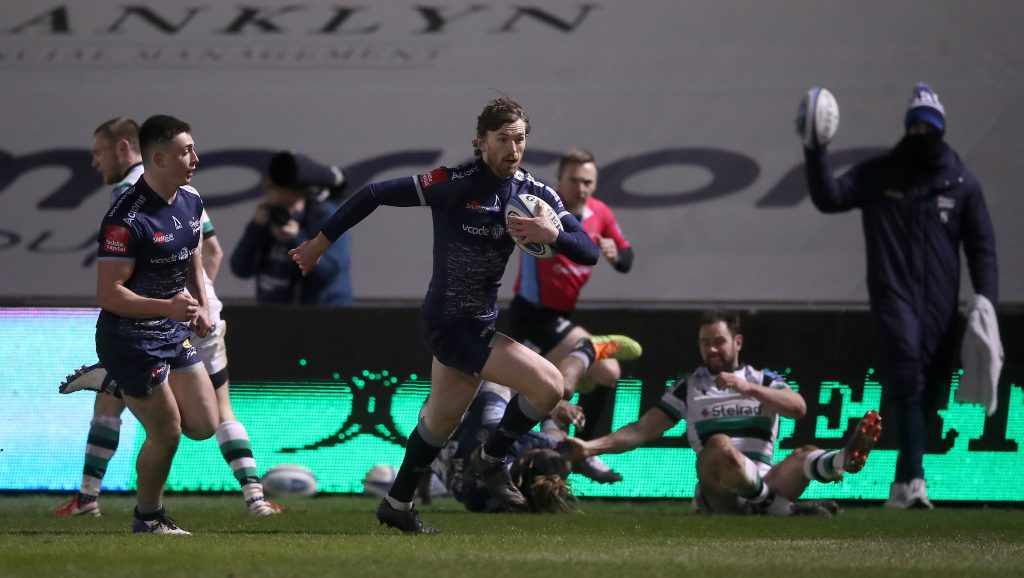 MacGinty was on hand to punish them as he slotted two three-pointers to move the hosts 18-6 in front at the interval – Connon responding with one of his own to keep the visitors just about in touch.

Newcastle boss Dean Richards needed an improvement from his team in the second half and he received it as they pressured the Sale line. However, they were only rewarded with a Connon penalty.

The Falcons were then boosted when Sale prop WillGriff John was yellow carded for a dangerous clearout, but they failed to benefit and instead MacGinty restored Sale’s 12-point buffer. 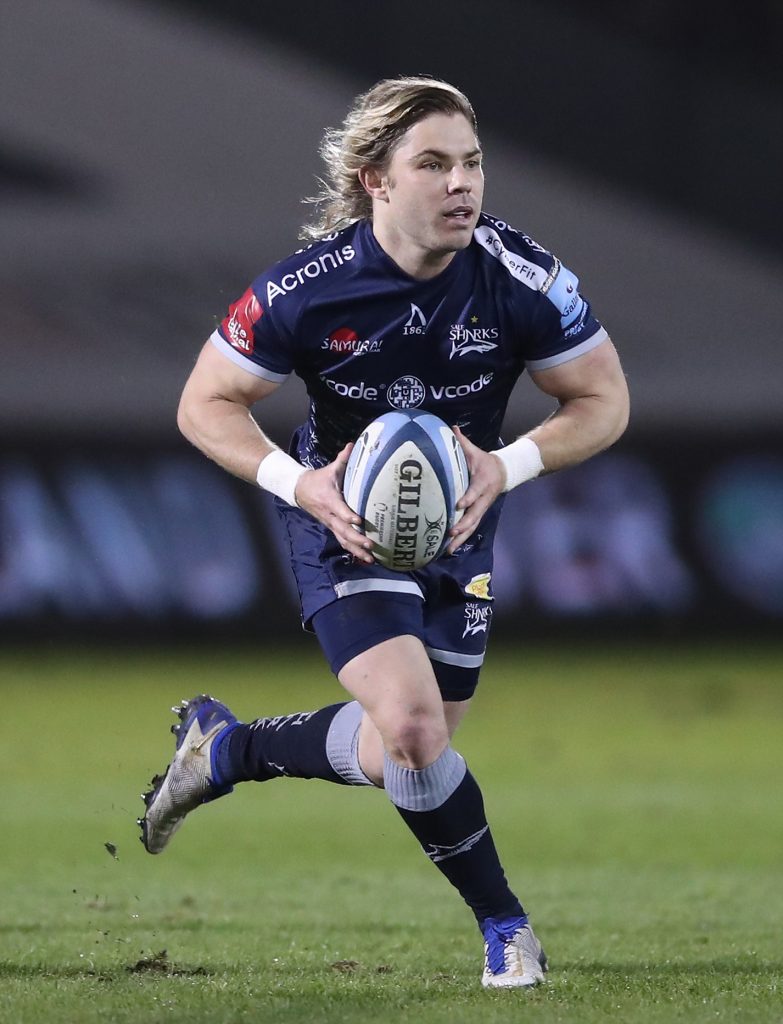 Richards’ men needed tries and it led to them overplaying, resulting in a penalty that the Sharks’ fly-half kicked to effectively seal the win.

Newcastle did finally get over the line in the latter stages, though, as a Micky Young break was finished off by Premiership debutant Matavesi, but it proved to be mere consolation.

In fact, the Sharks had the final word when Yarde sprinted down the left and fed Hammersley, who touched down against his former club.