The prospect of more offshore-based Wallabies donning the green and gold of Australia has taken a step closer to coming to fruition in the wake of Dave Rennie’s comments made on Monday.

In what could prove to be a groundbreaking move, the incoming Wallabies head coach said he is open to altering the Giteau Law.

Named after former Wallabies star Matt Giteau, the rule allows Australian players with 60 or more test caps and seven years of service in the domestic game who are now based overseas to be eligible for international selection.

Rugby Australia first introduced the law five years ago to make Giteau and Drew Mitchell – both of whom were playing club rugby for Toulon in France, which initially ruled them out of Wallabies contention – available for the 2015 World Cup.

The move worked wonders for the side then-coached by Michael Cheika, as the duo played pivotal roles in guiding Australia through an unexpectedly successful campaign that saw them top the ‘Pool of Death’ and finish runners-up to the All Blacks.

The Giteau Law has since been used in the ensuing years to make a raft of overseas-based Australians – such as Sekope Kepu, James Horwill, Will Genia, Adam Ashley-Cooper and Tatafu Polota-Nau – eligible for Wallabies selection.

Players with under 60 caps who have played club rugby abroad – like Nic White, Matt Toomua and James O’Connor – have also become eligible for the Wallabies in the past after signing deals that will see them return to Australian Super Rugby in future years.

Fronting media in a video conference earlier today, Rennie said he is eager to reassess the Giteau Law, though.

The outgoing Glasgow Warriors boss outlined he didn’t want to scrap the ruling entirely to let all offshore-based players eligible for the Wallabies, as South Africa did in the lead-up to their World Cup success in Japan last year.

He said that would devalue the domestic product in Australia as the nation’s top players would move away to “chase the big money knowing they can still play for their country”.

The two-time Super Rugby-winning former Chiefs coach revealed he is “not a big fan of trying to pluck guys out of France”, and instead wanted to shift the focus of the Giteau Law closer to home.

Toying with the idea of a revamped Super Rugby competition that would include franchises from New Zealand and Australia, as well as Top League clubs from Japan, Rennie suggested that Australians playing in that competition, but for Kiwi or Japanese teams, could still be available for Wallabies selection.

Incoming @wallabies coach Dave Rennie plans to stop Australia's player drain by tinkering with the Giteau Law to best harness the talent at his disposal.https://t.co/vvpqxiiGYD

“We’ve certainly got players playing in that (Top League) competition and whether that would make them eligible for selections (is worth considering) because you can compare apples with apples,” he said.

“If we had a Wallaby playing for the Blues, for example, we get to see him playing against the best Aussies.

“From a selection point of view that makes sense.”

By keeping Australian players in contention for international rugby by letting them play for offshore clubs in a competition that still involves Australian teams would open up numerous options selection-wise for the new Wallabies boss.

There are plenty of former Wallabies and uncapped Australians signed with wealthy clubs in Japan, but have made themselves unavailable for international rugby in doing so as they haven’t met the 60-cap threshold under the current ruling.

The concept of capped Wallabies playing Super Rugby in New Zealand isn’t that uncommon either, but it makes those less experienced players – from an international standpoint – just as ineligible as those playing in Japan.

Rennie’s new law change suggestions would blow those barriers out of the water, though, which could markedly strengthen his upcoming Wallabies squads.

While there are some players signed with Japanese clubs who are still eligible under the current Giteau Law rules – including Bernard Foley, Quade Cooper and Adam Ashley-Cooper – there are others who would benefit from an alteration to the law.

They don’t include the Panasonic Wild Knights’ David Pocock and Genia of the Kintetsu Liners, as they have both announced their retirements from the international game, but here are five ex-Wallabies who could be in line for a test re-call if the ‘Rennie Law’ is implemented.

One of Australia’s key players at the 2019 World Cup, former Queensland Reds midfielder Samu Kerevi has cut short his promising international career far earlier than most would have liked in favour of the financially-rich Top League.

Making his debut for the Wallabies against England in 2016, the barnstorming 26-year-old played the last of his 33 tests against the same opposition the the 40-16 World Cup quarter-final defeat in Oita last October. 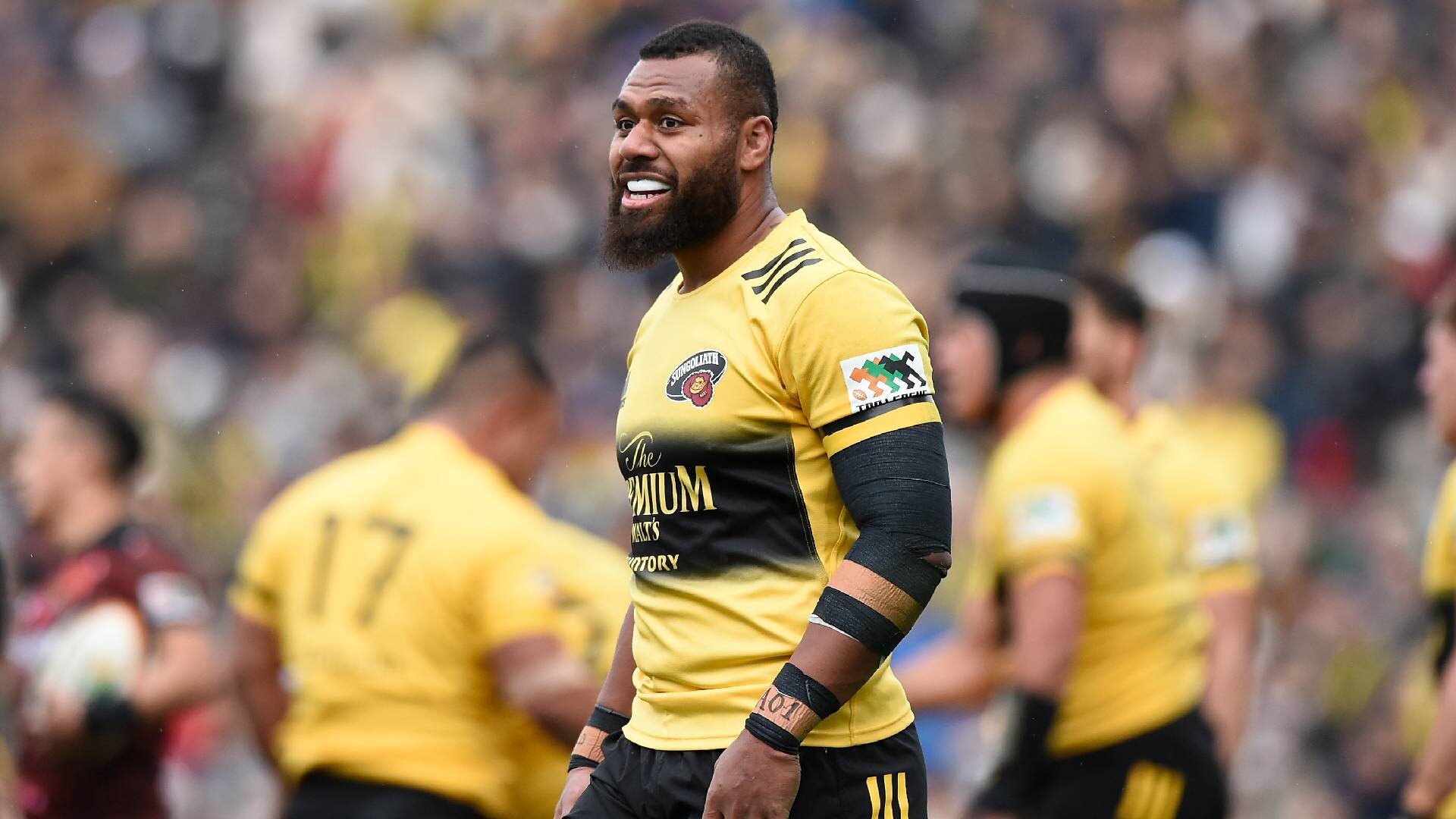 Three months later, he made his Top League debut for Suntory Sungoliath, scoring a try in their 26-19 loss to the Toshiba Brave Lupus in Tokyo.

Among the world’s best ball-carriers from the midfield, Kerevi would be a valued asset in the Australian No. 12 jersey, where he would thrive alongside the likes of fellow centres James O’Connor, Jordan Petaia and Tevita Kuridrani.

The Wallabies were dealt a hefty blow when it was announced in 2017 that upcoming loose forward Sean McMahon would be taking his talents to Japan after he signed a deal with Suntory Sungoliath.

The ex-Melbourne Rebels youngster has been a highly-regarded prospect ever since he burst onto the international scene following his test debut against Wales in 2014 as a 20-year-old, and would still be a shoe-in selection for the Wallabies. 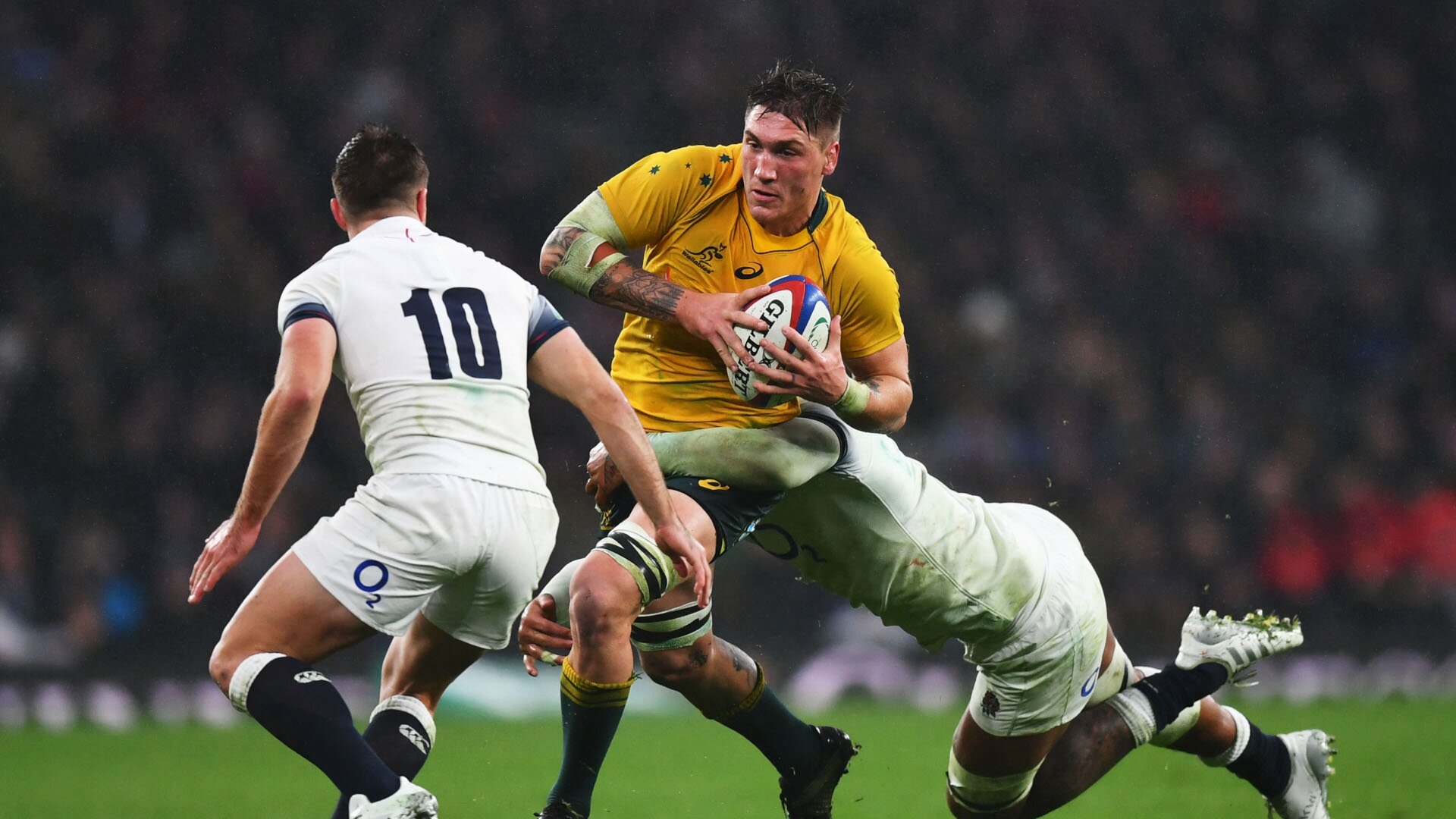 In what may be a positive sign for Rugby Australia, a deal was struck between the governing body and Suntory late last year to allow McMahon to play for the national sevens side as he eyed a place at the now-postponed Tokyo Olympics.

Rennie would be eager to strike a similar agreement to allow the 26-test star to play for the Wallabies once again, as he would create a formidable loose forward trio with any one of Michael Hooper, Isi Naisarani, Pete Samu, Liam Wright, Rob Valetini or Harry Wilson.

The decision to sign a well-paid deal with NTT Communications Shining Arcs ahead of the 2020 Top League season was a richly-deserved one for Christian Lealiifano, who completed a comeback of miracle proportions last year.

Diagnosed with leukaemia four years ago, the ex-Brumbies playmaker recovered within a year and made his first Wallabies appearance since 2016 when he took to the field against Argentina in the Rugby Championship last July. 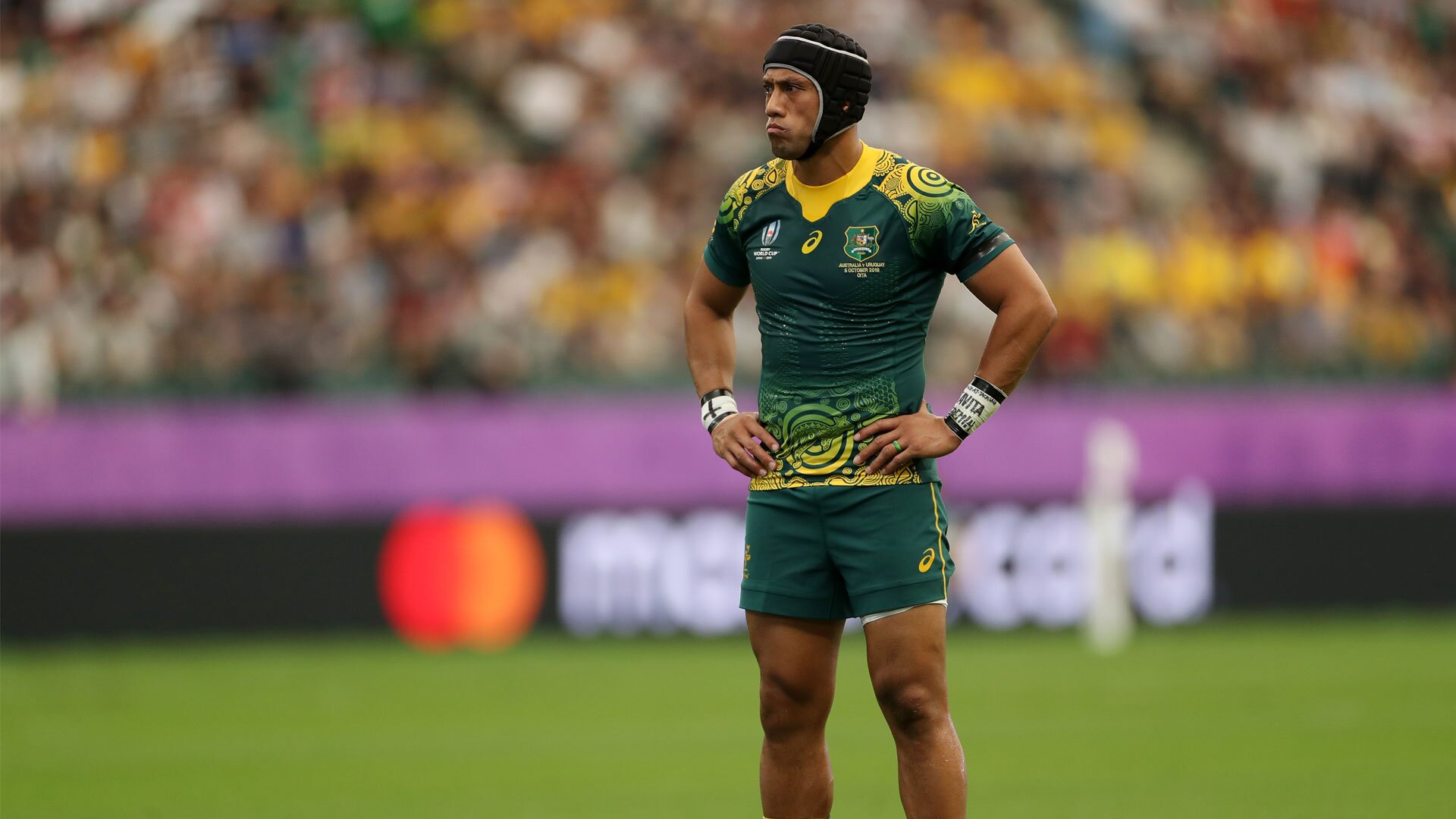 His fairytale rise to the World Cup came to an end in the quarter-final defeat to England, seemingly bringing the curtain down on the 31-year-old’s 26-test career.

That might not be the case should Rennie’s amendments be made to the Giteau Law, though, which could see Lealiifano – who still has plenty to offer – reinstated into the national set-up alongside fellow pivots Matt Toomua and Noah Lolesio.

It’s been a long time between drinks for former Wallabies playmaker Mike Harris, who last represented his adopted nation in 2013.

The New Zealand-born five-eighth, who can fill either the No. 10 or No. 12 jerseys, has since enjoyed a journeyman-like career since he played the last of his 10 tests, turning out for the Reds, Rebels, North Harbour and Lyon. 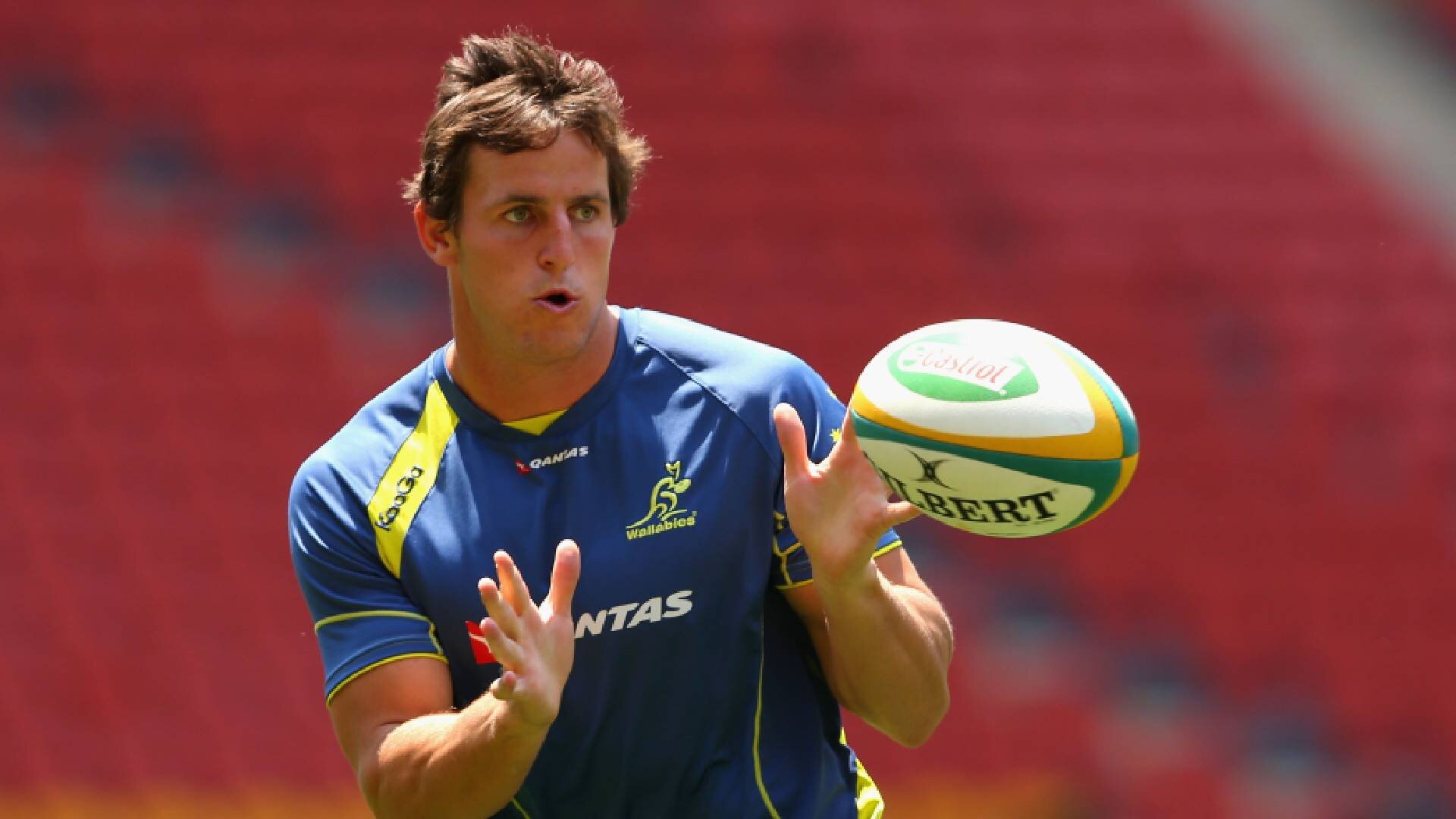 Now at the Toshiba Brave Lupus, where he has been since 2018, Harris could come into contention for a Wallabies re-call for the first time since 2016 under Rennie’s recommendations.

That may be a tough ask given the likes of Lealiifano, Toomua, Lolesio, O’Connor and Kerevi would be pushing for places in his positions, but the 31-year-old would nevertheless be available for selection if required.

Following in the footsteps of Australian-born one-cap All Blacks prop Tyrel Lomax, Melbourne Rebels front rower Jermaine Ainsley has penned a two-season deal to join the Highlanders from 2021.

The transfer means the 24-year-old tighthead prop will return to his hometown region, having been born and raised in Otago before jetting off to Western Australia after completing his schooling at Otago Boys’ High School. 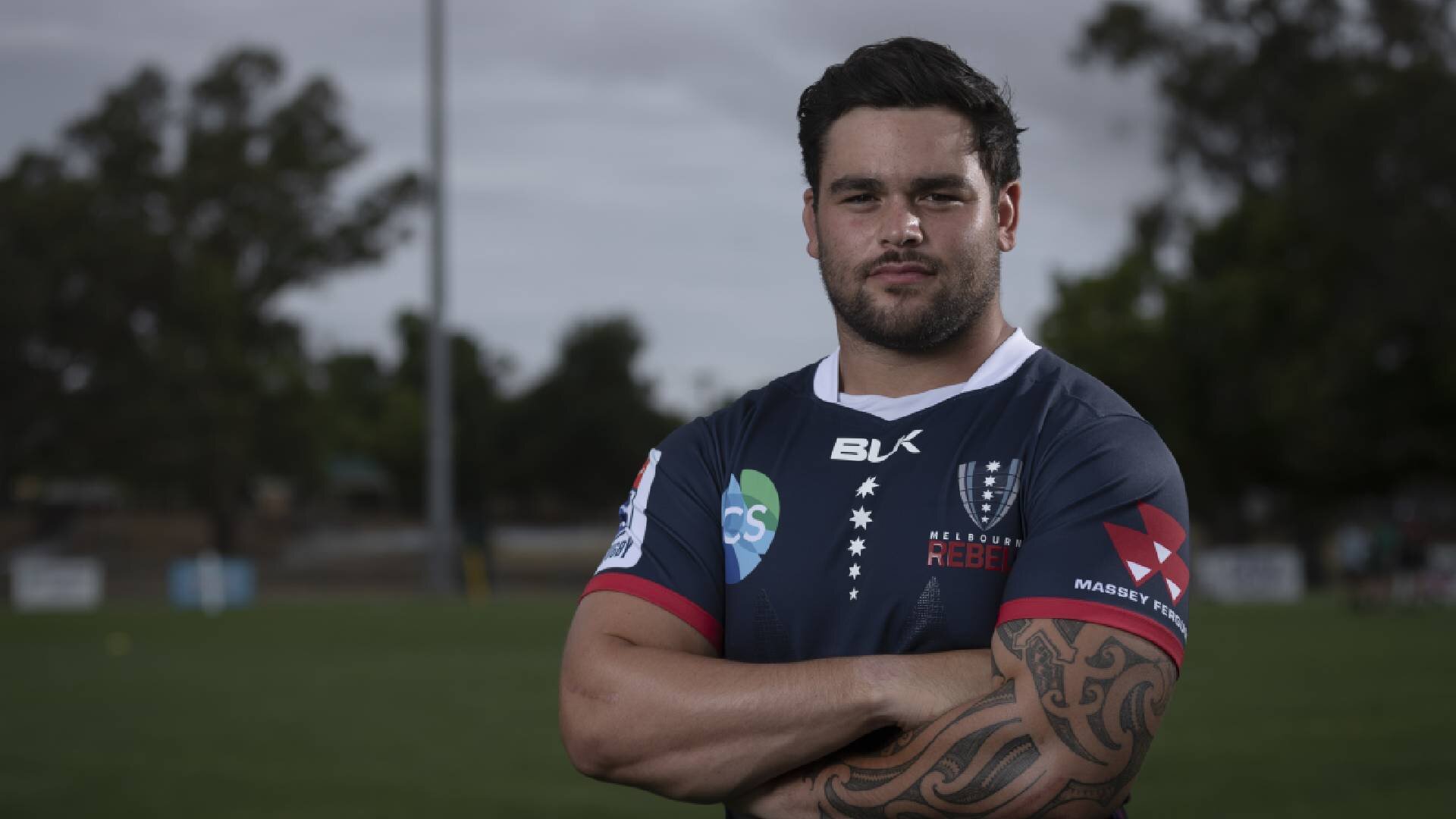 However, the flip side of that deal means the three-test Wallaby will be ineligible for an international call-up for the next two seasons under the current Giteau Law, which may be detrimental to his chances of playing at the 2023 World Cup in France.

Rennie’s law changes would alleviate those concerns, though, and the experience Ainsley would bring back from New Zealand would undoubtedly add quality to Australia’s propping stocks, which already boasts the services of Taniela Tupou, Allan Alaalatoa, Scott Sio and James Slipper.