END_OF_DOCUMENT_TOKEN_TO_BE_REPLACED

'Spineless': When the All Blacks massacred the Boks in 2011
m
marc 8 hours ago

Paddy Jackson landed a tricky conversion in the final minute to rescue London Irish a 27-27 Gallagher Premiership draw at The Stoop that extended Harlequins’ victory drought to over a month.

Oli Hoskins celebrated his 100th appearance for the Exiles by crossing for the 78th-minute try that gave Jackson the opportunity to secure a share of the spoils, complete with a try-scoring bonus point.

Former Ireland fly-half Jackson had a stoppage-time chance to snatch victory from a penalty won by replacement flanker Sean O’Brien but his long-range kick drifted wide of the right post.

It was a major setback for Quins, who at one point led 27-15 with Marcus Smith the ringmaster as his team closed in on the end of their three-match losing streak.

England head coach Eddie Jones watched from the stands as a player who has dropped down his fly-half pecking order, slipping behind Wasps’ Jacob Umaga, ran in one try and saved another with a critical tackle.

But Quins head of rugby Paul Gustard will be seething with his team’s game management that saw a comfortable match-winning lead thrown away.

Harlequins started with intent as Alex Dombrandt was denied by a try-saving tackle down the left touchline but the raid ended with the reward of a Smith penalty.

But a recurring vulnerability of the season to date was exposed yet again in the 12th minute when feeble defending in the wake of direct running allowed Curtis Rona to force a route over the whitewash.

Quins responded by exploiting an overlap with Smith riding a tackle by full-back Tom Parton to score in the left corner and frantic pace continued with the England prospect stopping Albert Tuisue as he careered towards the line. 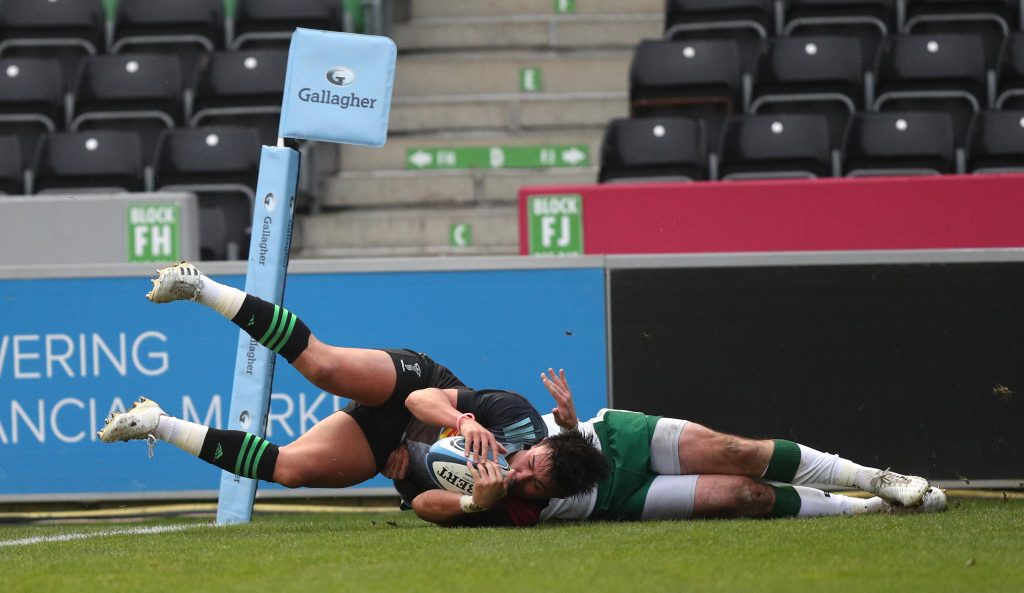 Hoskins spilt the ball over the line and pressure continued to mount, but this time the home side showed resilience and on their next visit to the 22 they capitalised when Mike Brown drove over from close range.

Quins showed some neat flourishes in attack but when they were pinned back on their own line, they leaked a try too easily from a line-out drive that was finished by Motu Matu’u.

The second half began with Smith and Jackson exchanging penalties and while they trailed by only five points, Irish were slowly and surely being driven backwards.

A period of sustained Harlequins pressure followed as a series of scrums tested the Exiles and finally they cracked when Dombrandt was stopped short before Scott Steele dived over the ruck. 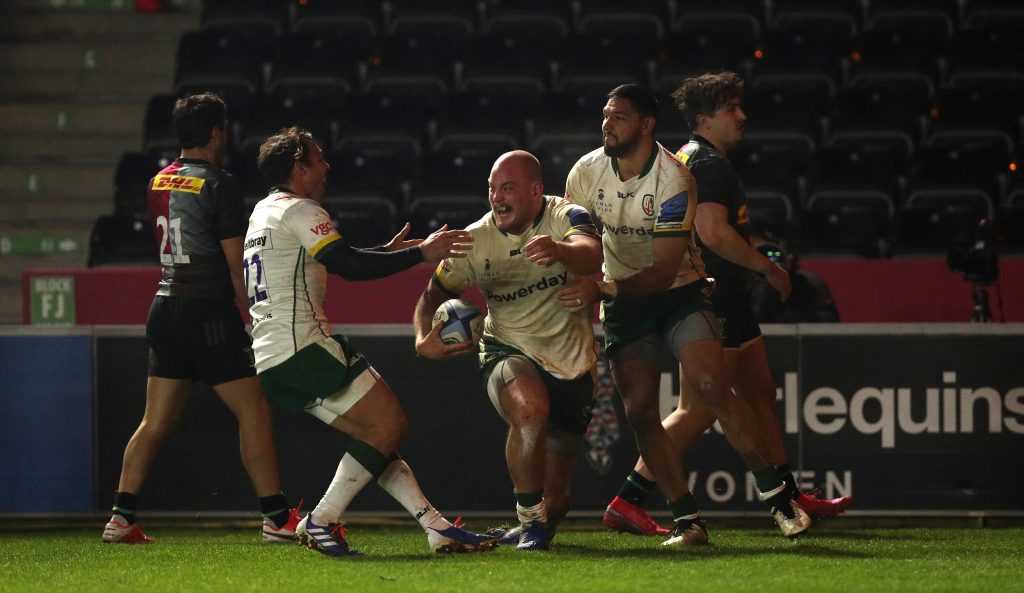 It was far from over, however, as Irish kept the ball alive through a clever series of offloads until Tuisue rounded off the move by storming over.

And they continued to press for the next score and were rewarded when Hoskins touch down, allowing Jackson to do the rest. 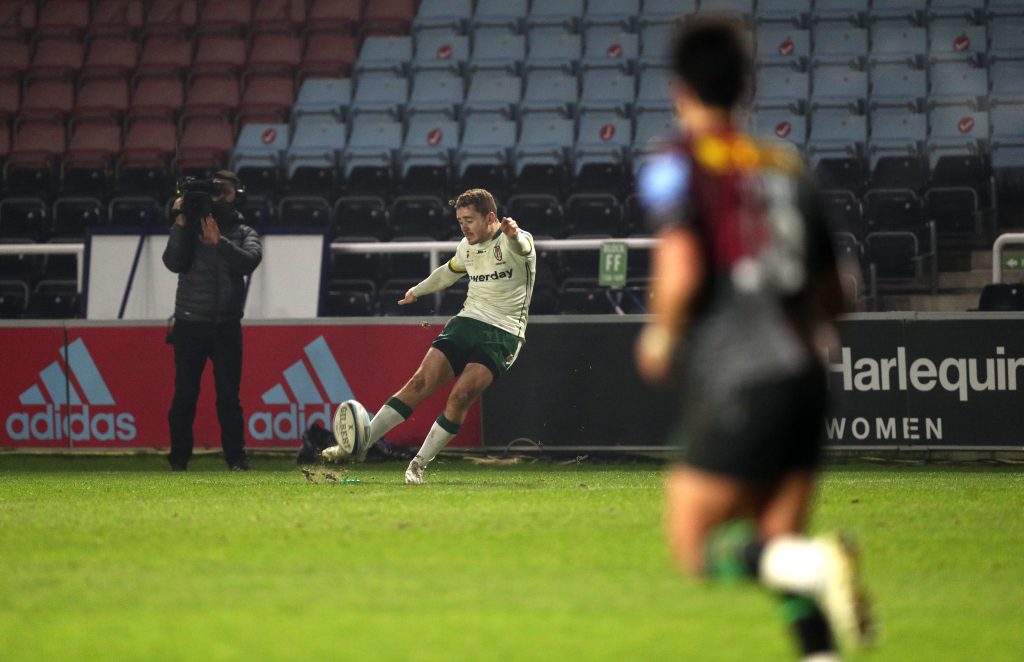