Northampton completed a season’s double over Wasps despite seeing their play-off hopes ended before kick-off.

Harlequins’ five-point win at Bath ended Saints’ chances of reaching the post-season but with rivals Leicester threatening to overtake them, they showed a desire missing in the two previous rounds to secure a 30-25 win.

Courtney Lawes had 66 minutes on the field after returning from injury ahead of the Lions tour and made an immediate impact as Northampton used two penalties in the opening minute to set up a line-out five metres out. When Wasps failed to guard their maul’s right side, Sam Matavesi took advantage.

Wasps had won on four of their five previous visits to Franklin’s Gardens and as they adapted to the referee Adam Leal’s low tolerance threshold for infringements at the breakdown, drew level with a gem of a try.

After Brad Shields lost possession 10 metres from the home line, Northampton kicked to halfway where Wasps set up a ruck. Thomas Young picked up and, spotting a gap at the side, ran through it and weaved his way to the 22, committing two defenders to set up Dan Robson.

Young blew a chance of his own after knocking on following an interchange with Josh Bassett but at the point Wasps appeared to have taken control, Northampton regained the lead.

Charlie Atkinson, out of position at full-back, fumbled Tommy Freeman’s kick deep in his 22. Jacob Umaga picked up as Matavesi and Fraser Dingwall challenged, but from an offside position. Northampton were awarded a penalty try and the outside-half was sent to the sin-bin.

Wasps equalised in his absence when Brad Shields scored after a line-out, but Dan Biggar put the home side in front again after Biyi Alo was penalised at a scrum, only for Umaga to respond to make it 17-17 at the interval.

Wasps had started by driving Northampton back in the scrum, but it became the weakest part of their game. Biggar put the Saints back in front for the fourth time after another collapse, minutes after a Zach Kibirige try was ruled out because of a forward pass.

Ollie Sleightholme thwarted a Wasps break-out by overhauling his opposite number Bassett and, as the game started to break up, was denied a 95-metre try after a review showed he had knocked on after taking possession from Bassett.

Biggar and Umaga exchanged penalties to make it 23-20 before Wasps, sloppy all afternoon, gave the match away. Will Rowlands, who had earlier wasted a three-man overlap, lost possession after a line-out near his line and Tom Wood pounced, although Dave Ribbans appeared to have knocked on.

Biggar, who had escaped a review for a challenge on Umaga that may interest the citing commissioner, limped off before Tom Willis’s try earned Wasps a bonus point that did not dim the 4,000 crowd’s joy. 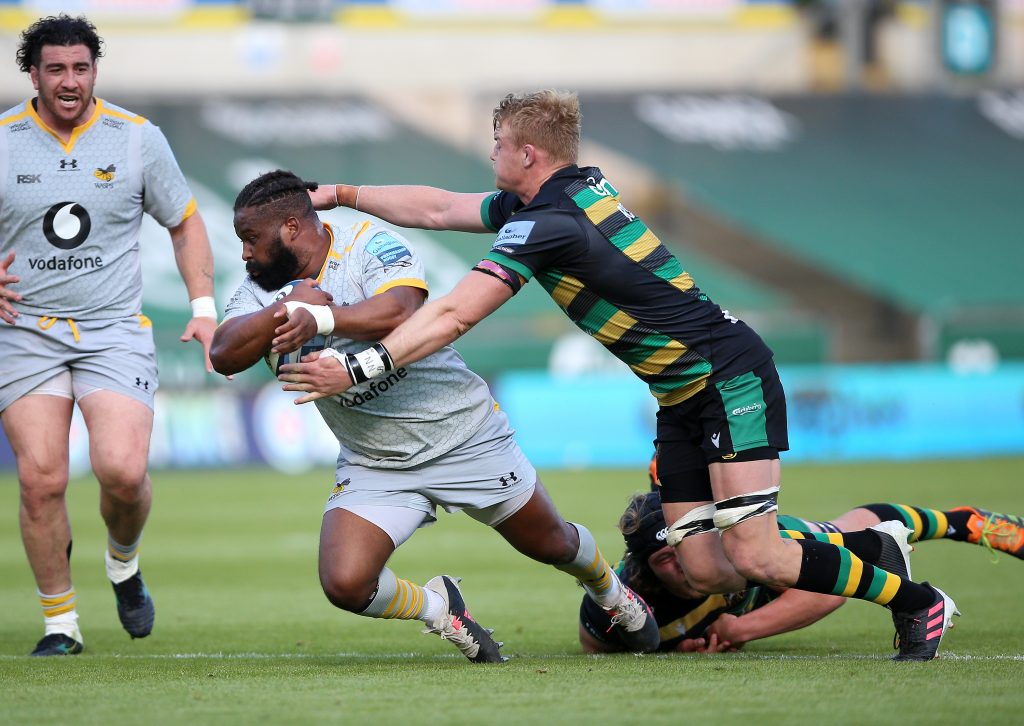 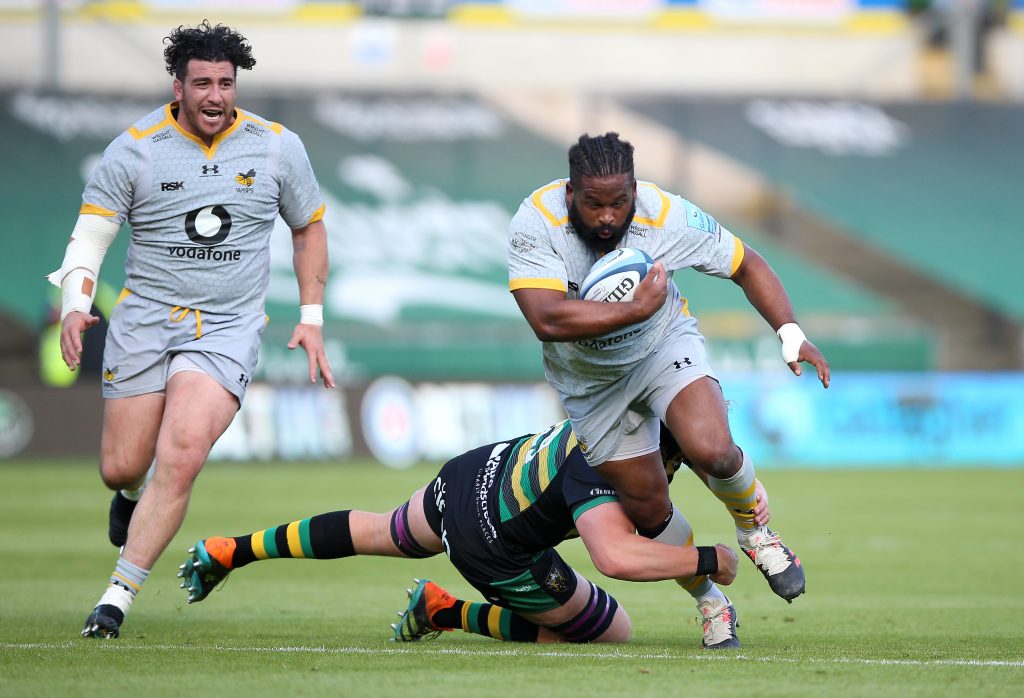 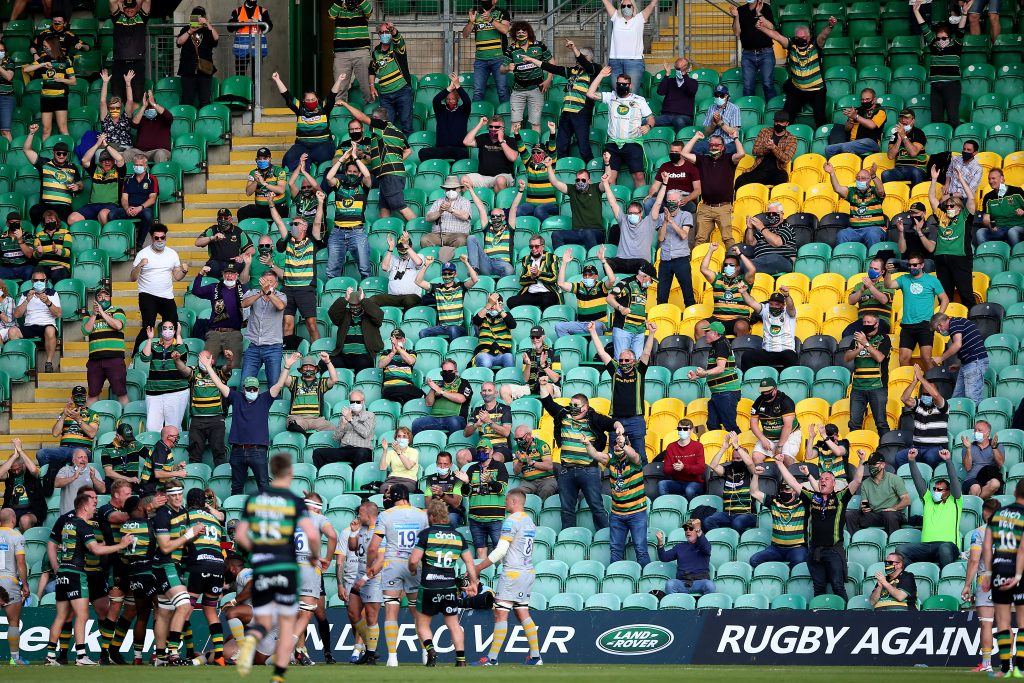 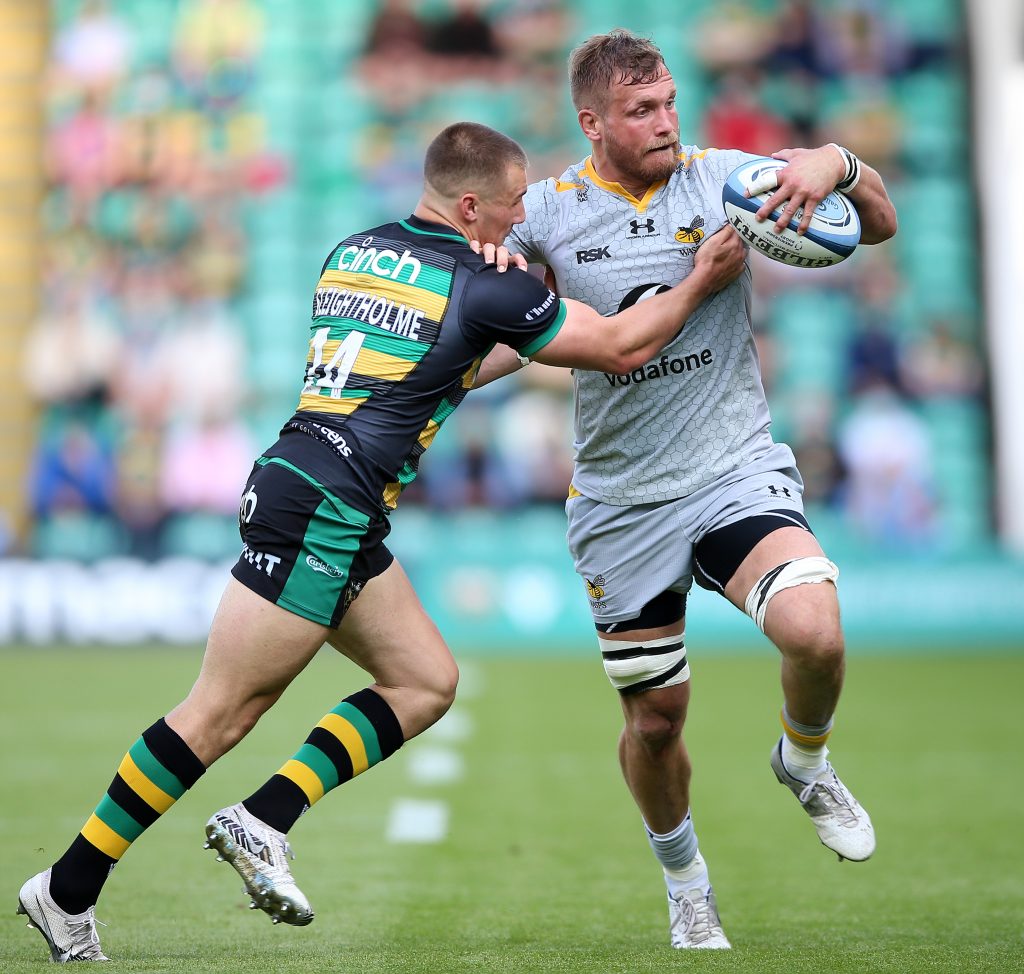 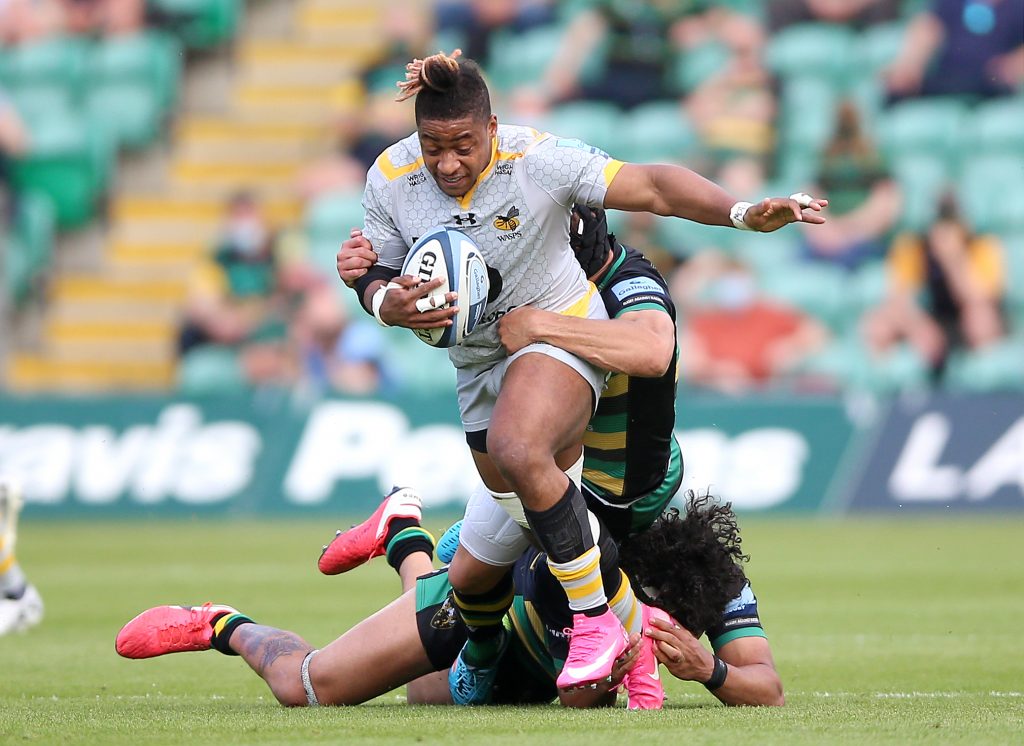 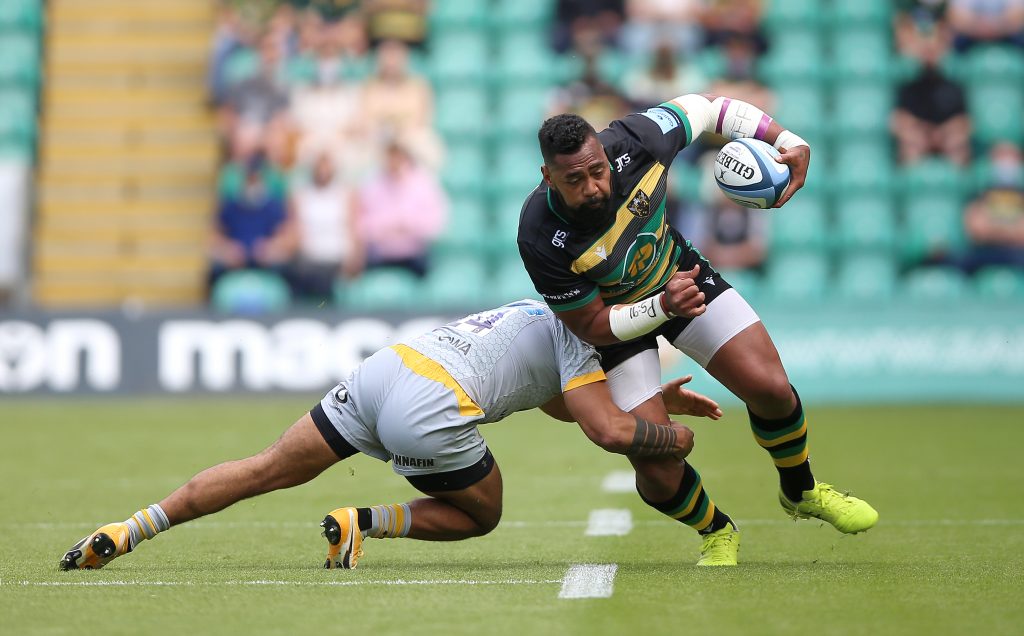 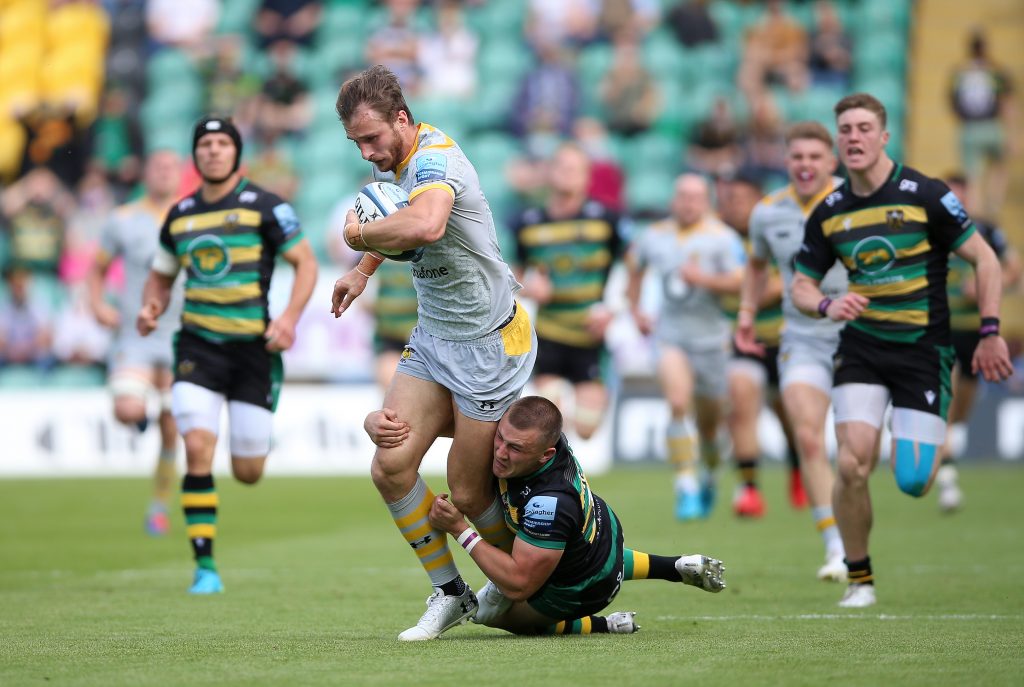 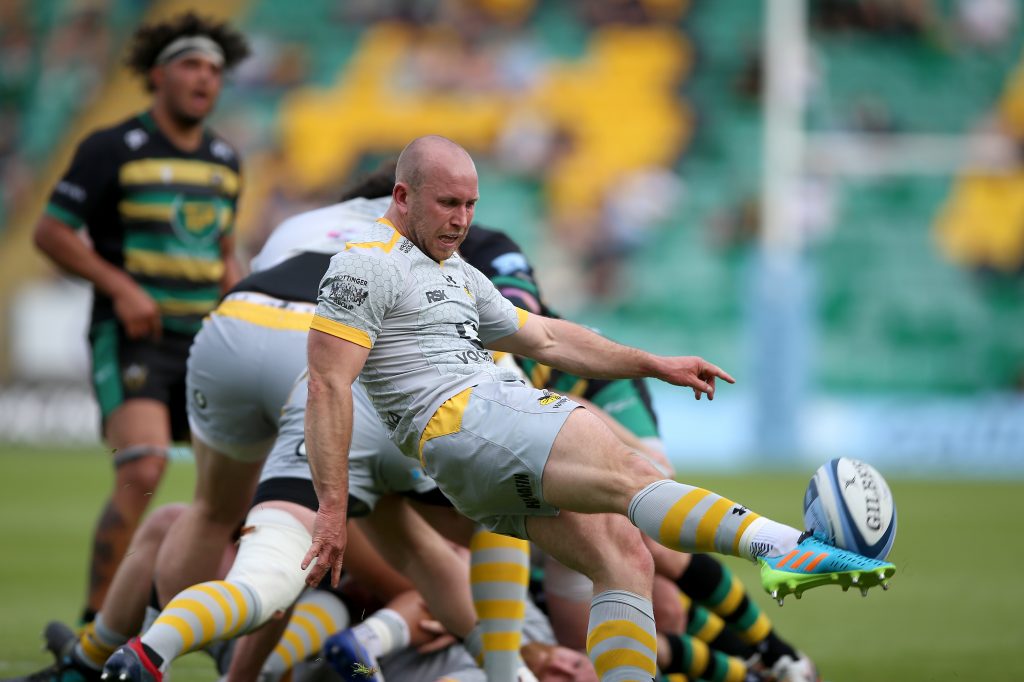 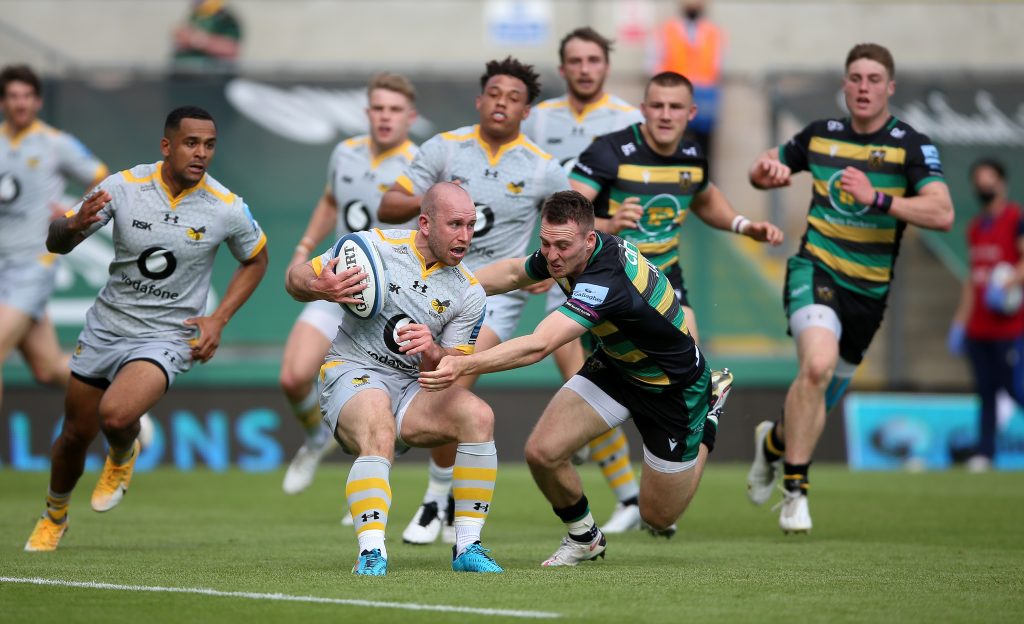 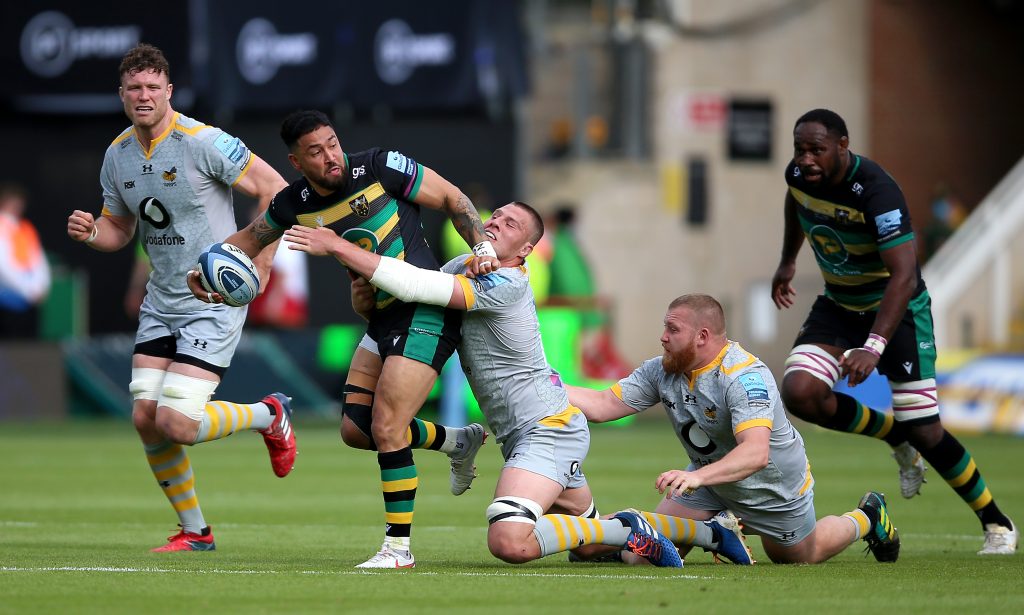 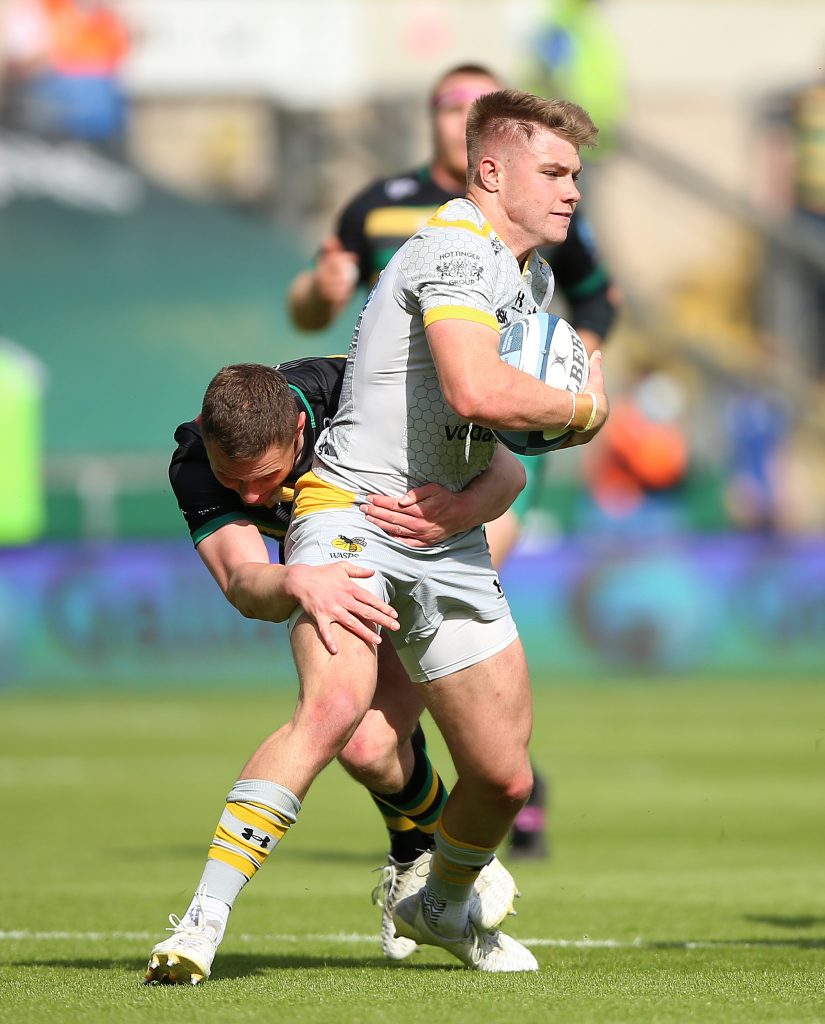 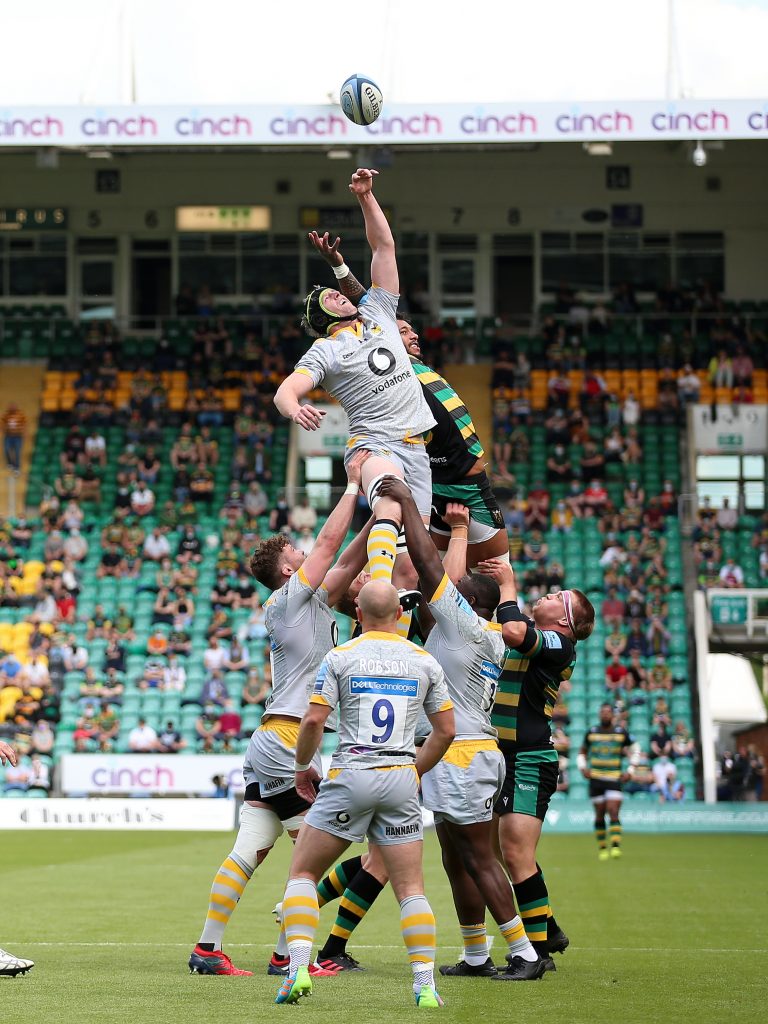 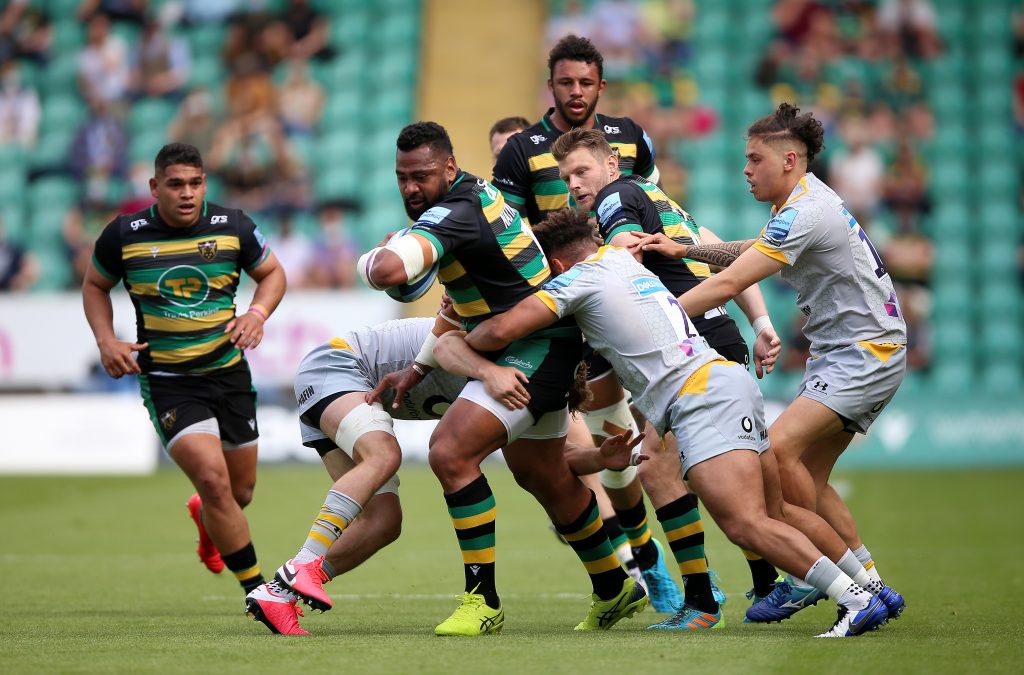 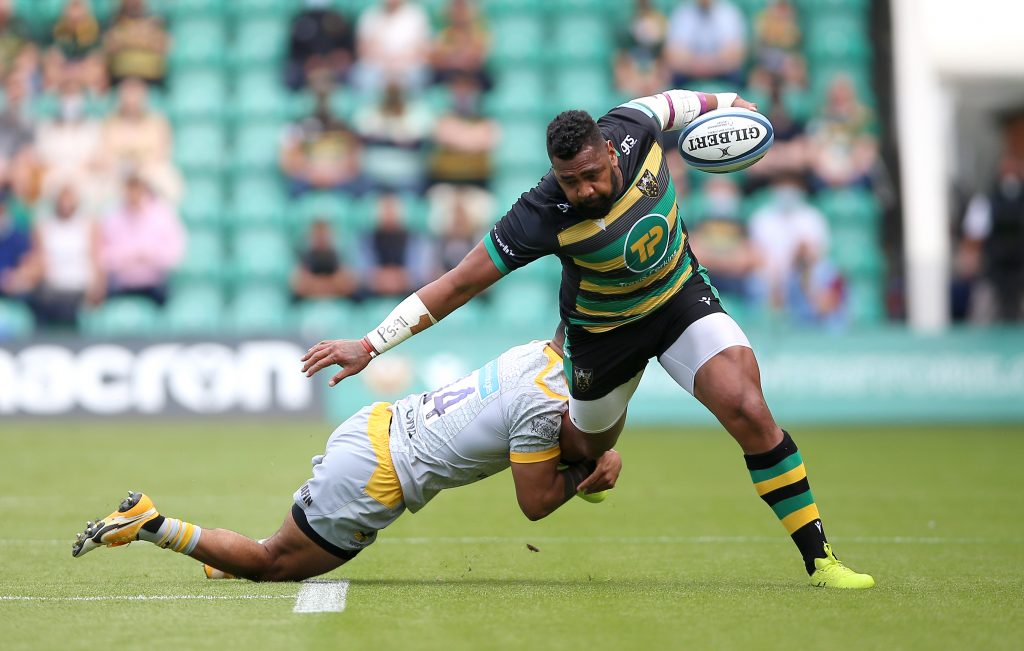 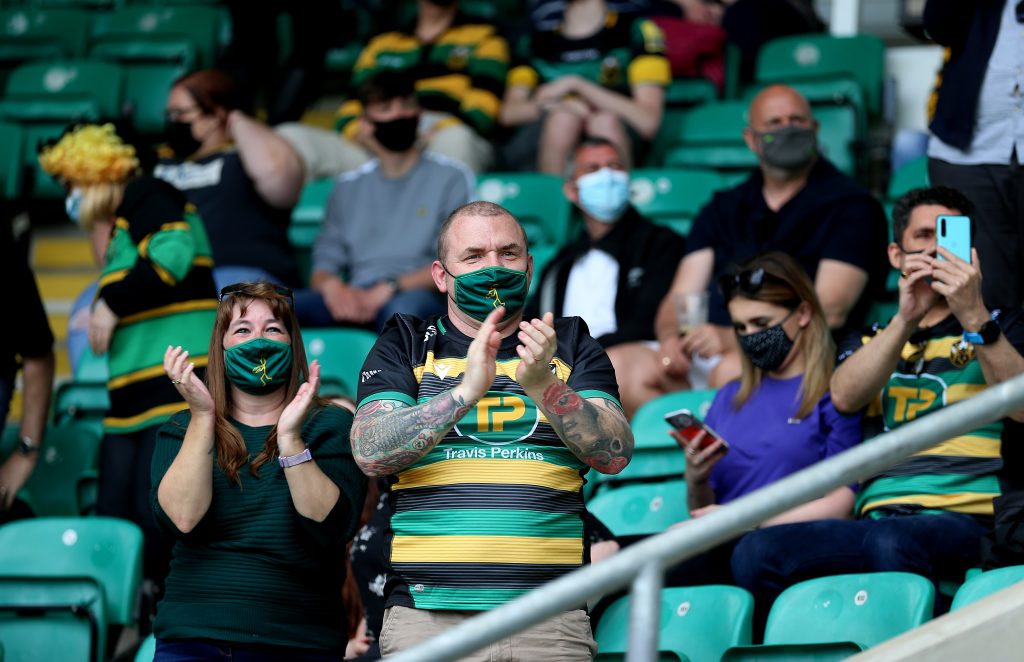 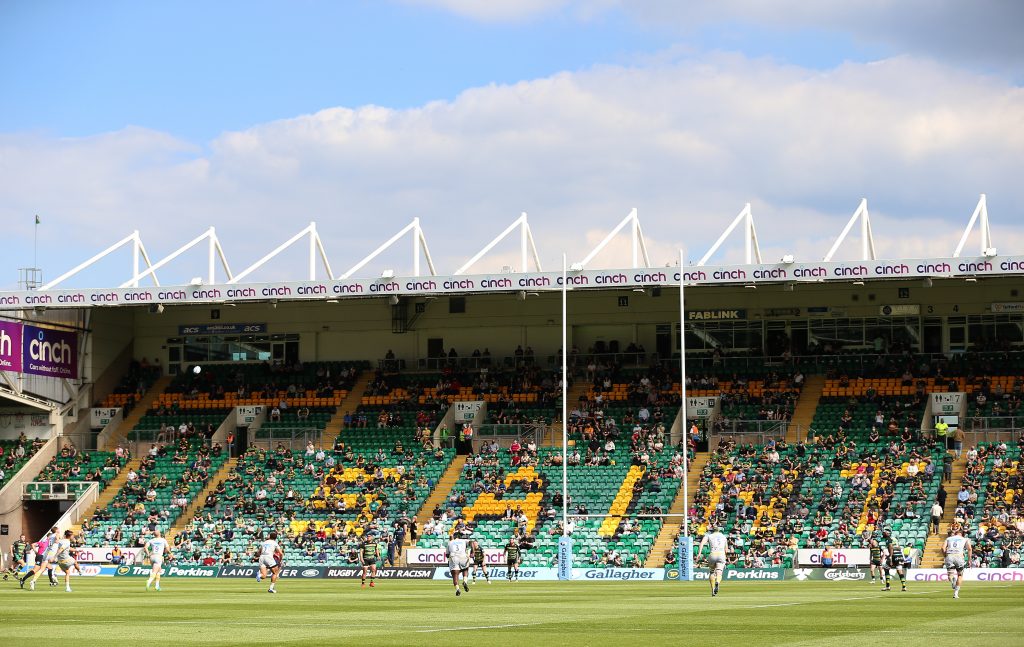 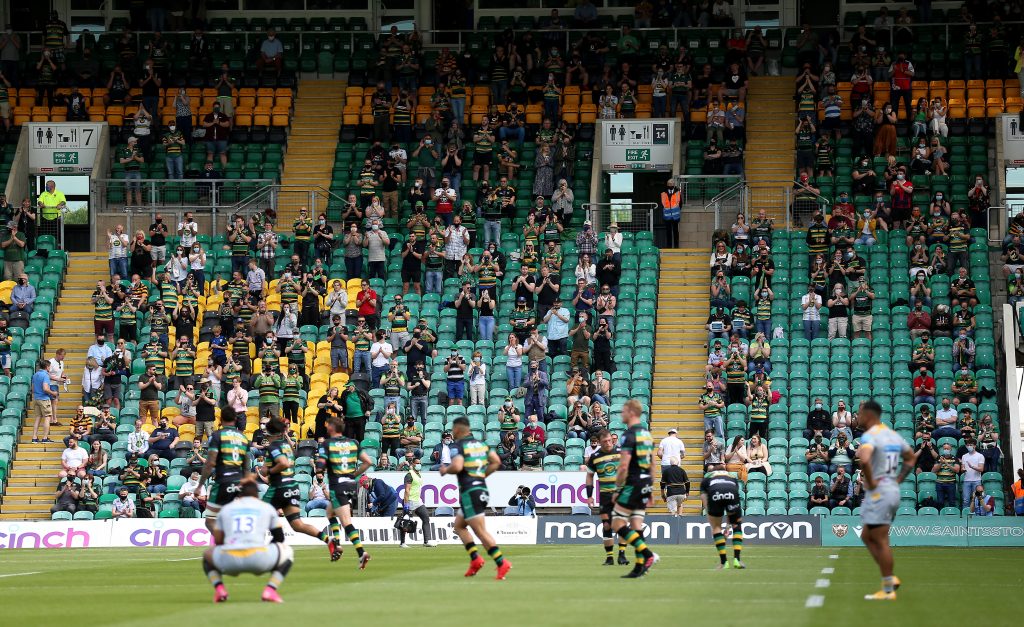 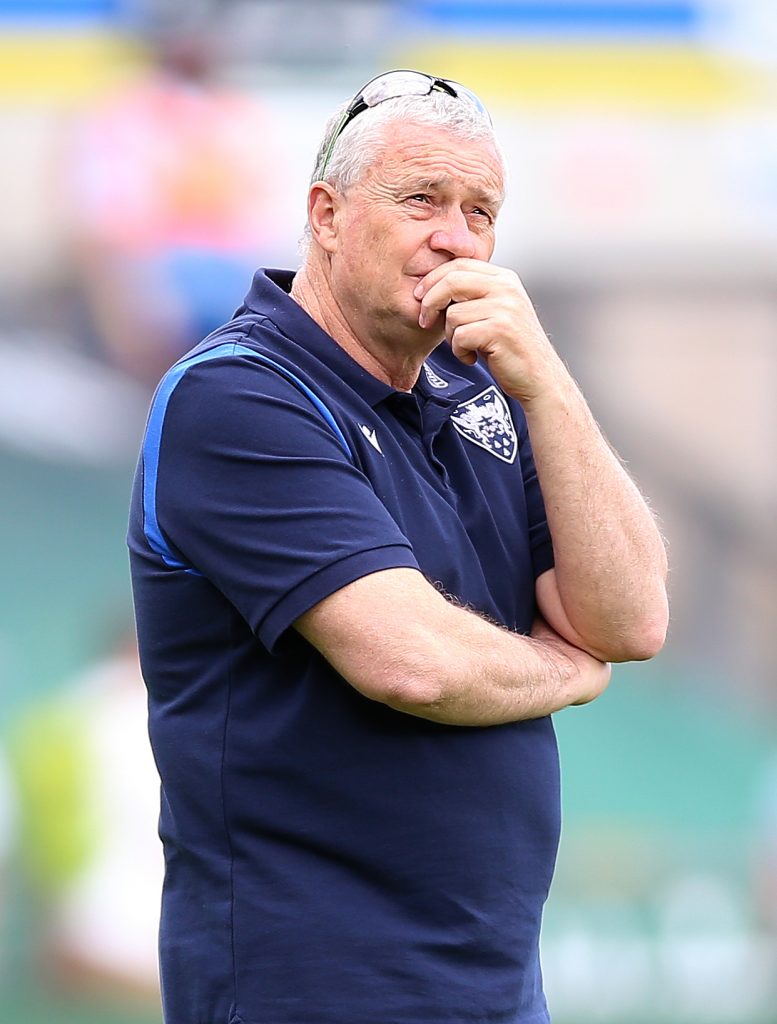 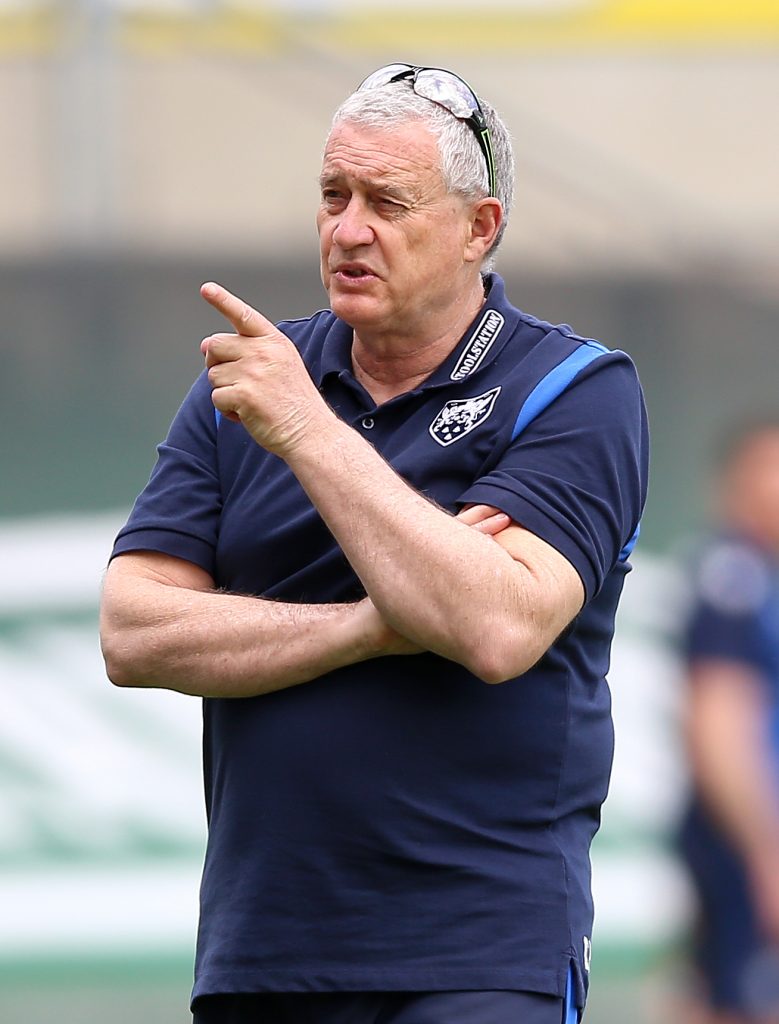 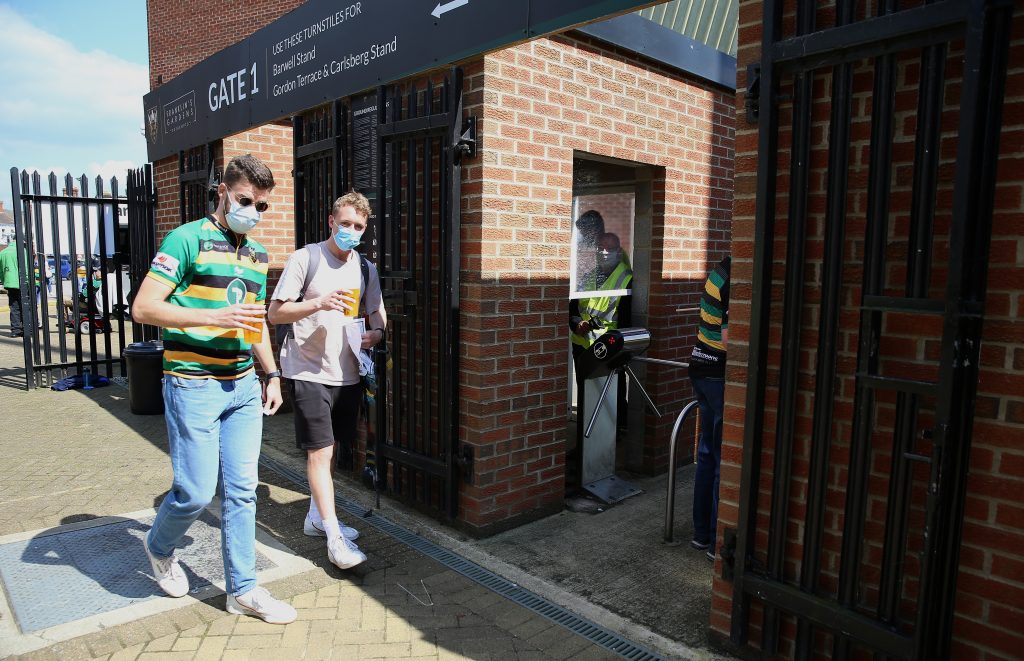 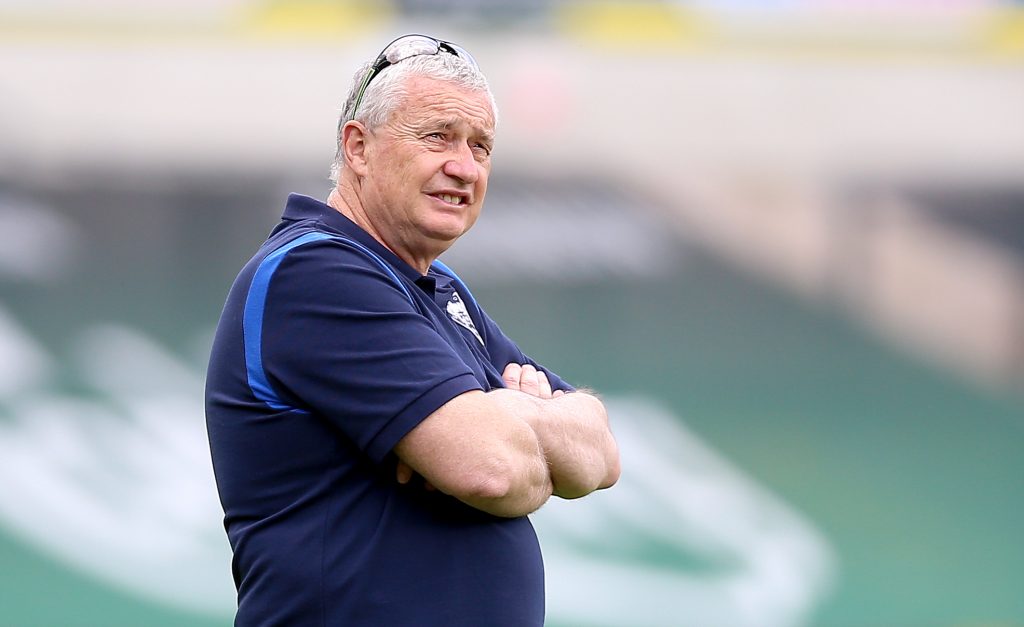 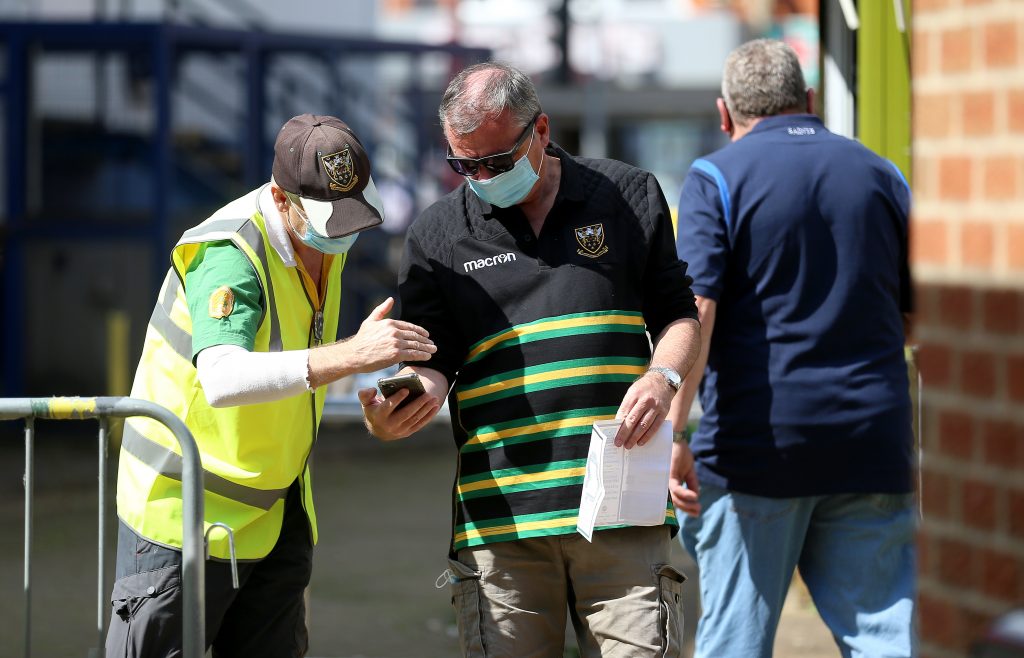 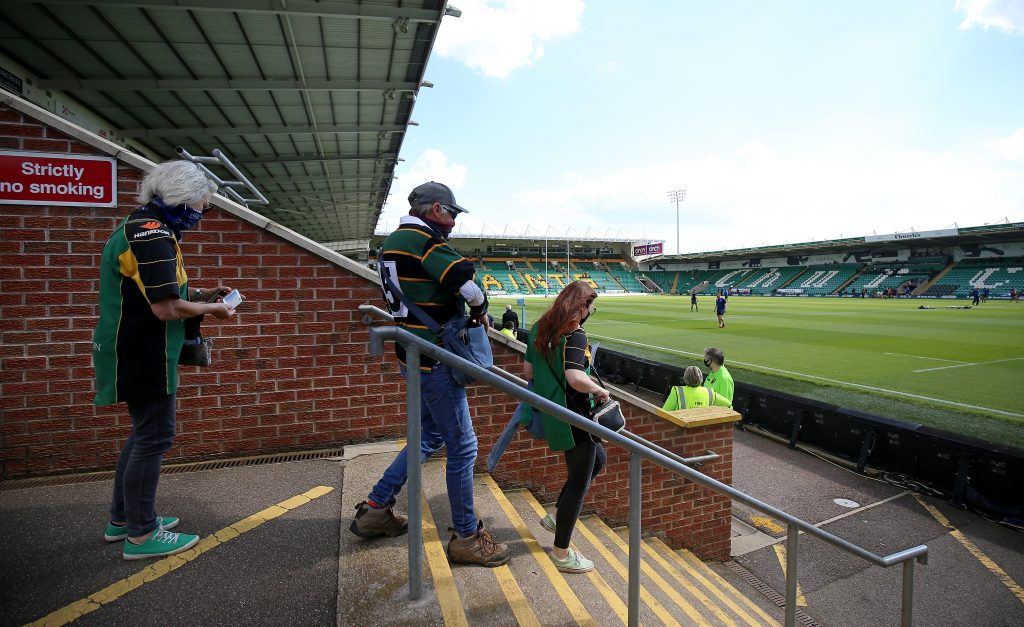 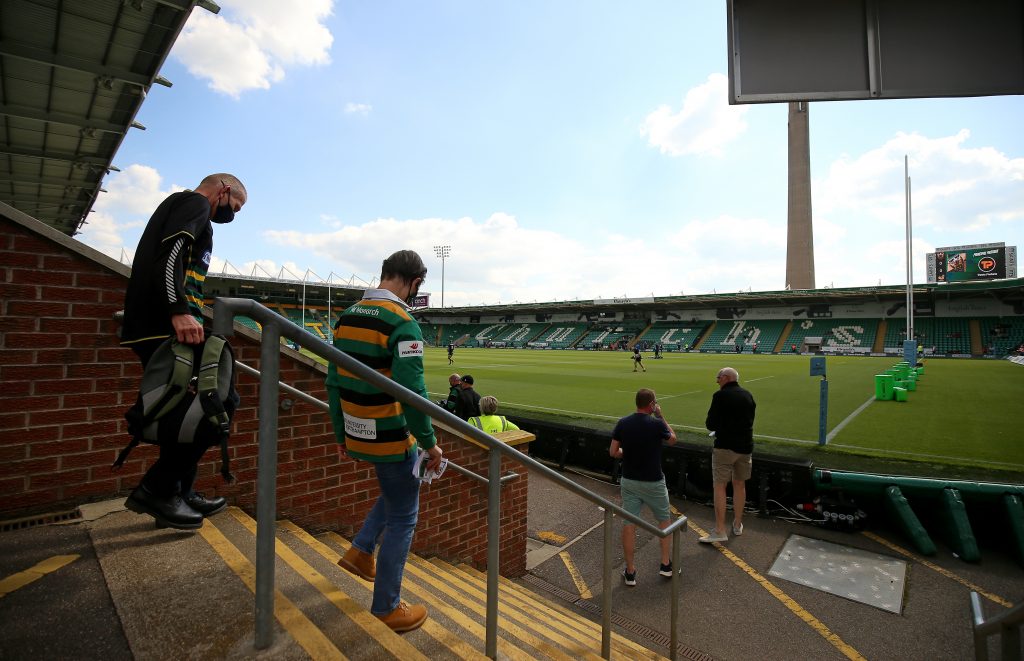 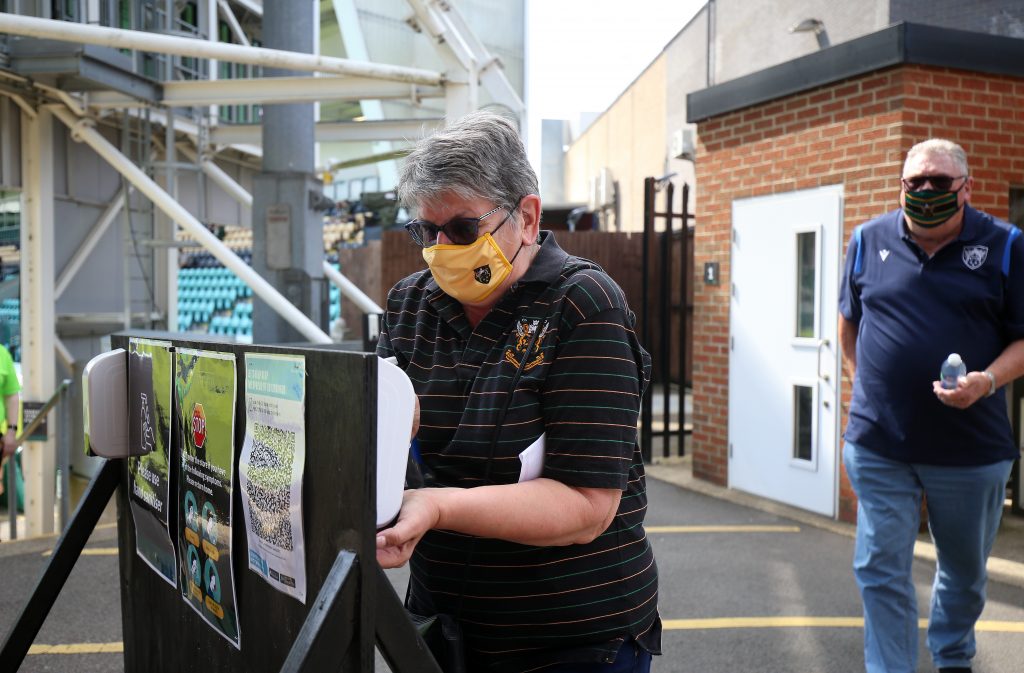 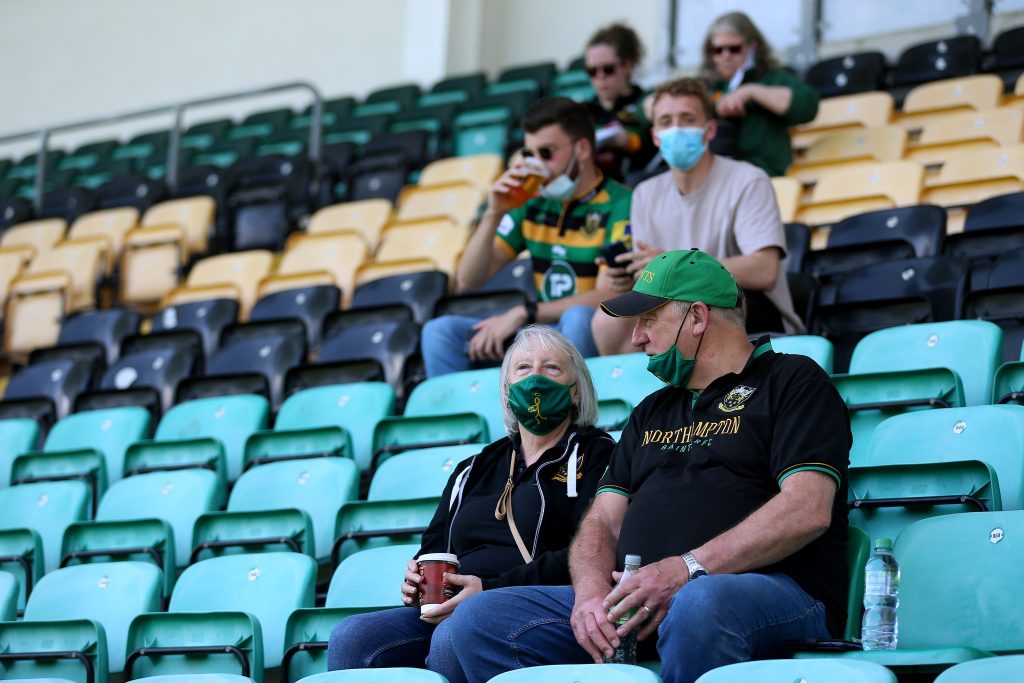 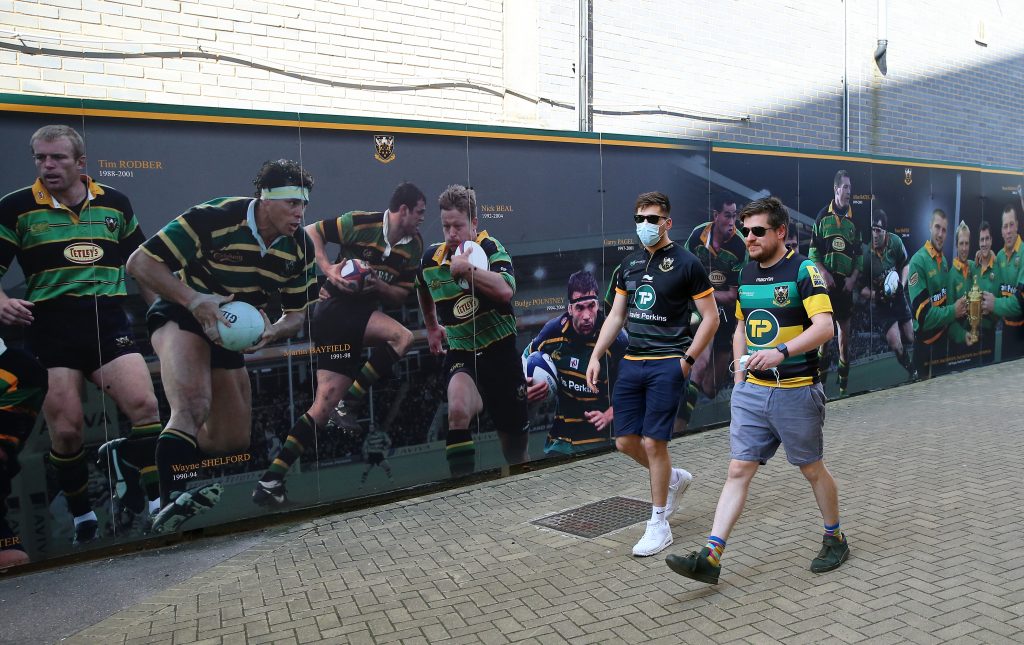