'It will be good to immerse myself in Scotland... and save my old man getting up at the crack of dawn to watch Super Rugby'

De Klerk fighting his corner Next
Back
PRO 14

'It will be good to immerse myself in Scotland... and save my old man getting up at the crack of dawn to watch Super Rugby'

Murray Douglas has spent the last five years 10,000 miles from his home town of Kirkcaldy, the little Fife settlement that gazes out across the Firth of Forth, living an intoxicating rugby dream.

His journey has been riveting. It has taken him from the humble Scottish club game to the prestige of Super Rugby across Australia and New Zealand. The next stop will be special, from the Brumbies of Canberra to home and a few precious months with Richard Cockerill’s Edinburgh during the Rugby World Cup.

Douglas has savoured every moment of the voyage, but the reality for anyone living so far from those who really matter is that you can’t always be there to drink in the times of joy or share the ache of grief.

“When I lost my grandmother, she passed away quite suddenly and trying to get back for the funeral was just too logistically difficult. In moments like that you do realise you’re quite far away and family and friends are really important,” Douglas told RugbyPass.

“You do miss the place, miss the people. I’ve been away since I was 24. I’ve missed a lot of big events, a lot of friends getting married, a lot of birthdays.

“It’ll be good to get back and immerse myself in Scotland, and get to play for the team I grew up supporting. And it’ll save my old man getting up at the crack of dawn to watch Super Rugby.”

A very handy lock-cum-blindside flanker for Heriot’s and the Scotland Club XV, Douglas actually played a solitary game for Edinburgh seven years ago. With no professional deal forthcoming two seasons later and his university studies complete, he decided it was time to travel.

Douglas and his girlfriend arrived in Melbourne in 2014, law degrees in their back pockets and minds open as to what would come next. If he could play a bit of rugby along the way, then great. Sharing a dressing room with World Cup winners and All Blacks and giants of the game? That felt light years away.

In reality, the route to Super Rugby was swift, if gruelling. Douglas played a season of club rugby and got picked up by Melbourne Rising in Australia’s National Rugby Championship and got signed by the Rebels.

From there, it was off to Northland in New Zealand for the Mitre 10 Cup where he was spotted by John Plumtree, who brought him to the Hurricanes, before the Brumbies got in touch last year offering the security of a two-season deal.

Now 29, the elevation of Douglas, even at this relatively late stage, shows what can be achieved by gobbling up any and every opportunity. It seems an extraordinary ride from Scottish club-land. Beauden Barrett, Ardie Savea, David Pocock – these galacticos have been his team-mates and become his friends along the way. 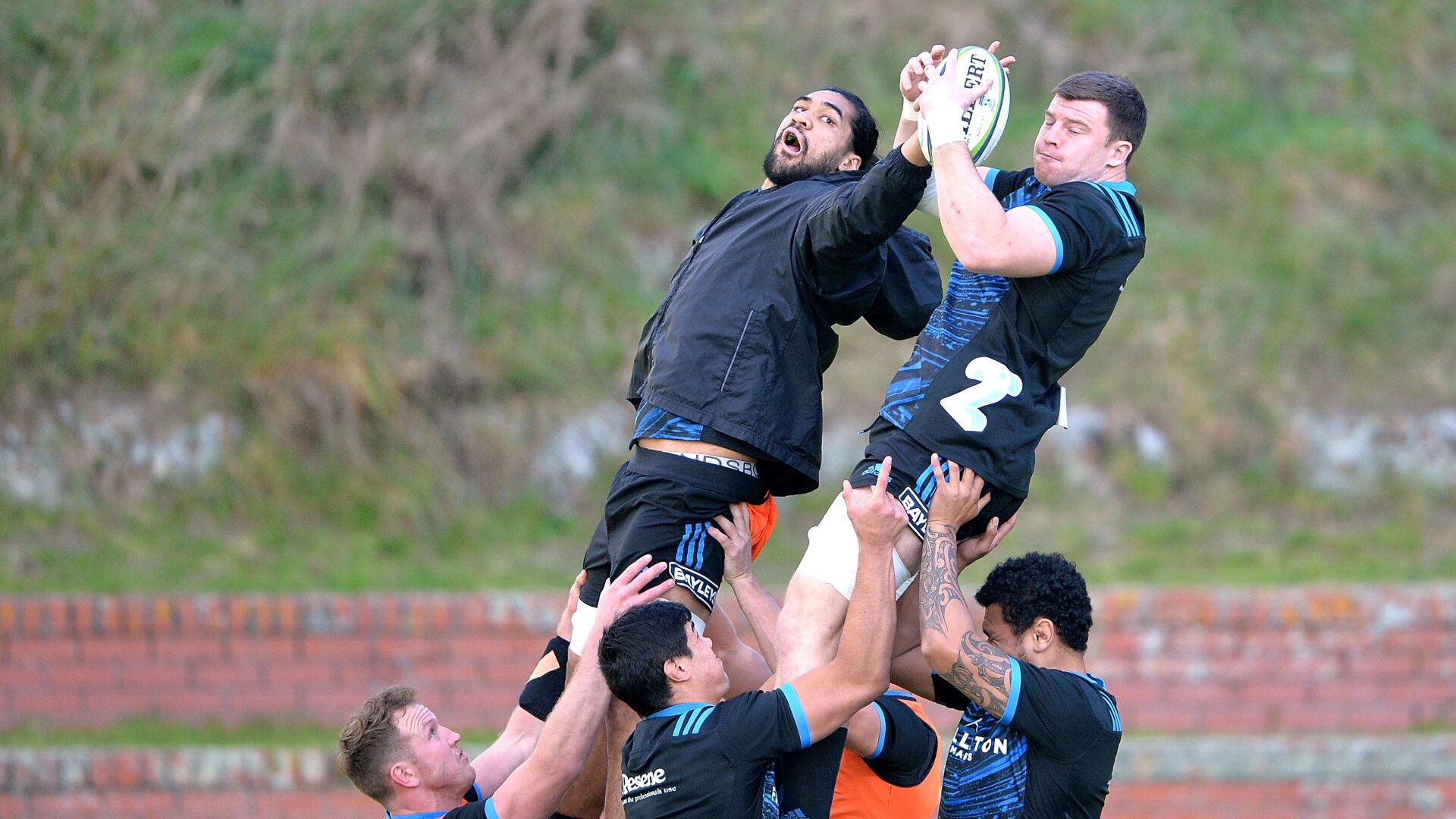 “As soon as you get down there, you realise they have an expectation that you can do a job as well. You can spend long being star-struck or anything like that. You just need to get on with it.

“The pre-season I had with the Hurricanes was absolutely brutal in terms of the distances you were doing and the intensity you were doing them at. You go away at Christmas and you have definitely up-skilled, you feel very fit, so when you go in after Christmas and all those All Blacks guys come back, you don’t feel out of place. You feel fit and skilful enough to add value to the team.

“Barrett has such a great understanding of the game. If you’re a forward and you’re getting bossed around the park by him, or he’s calling plays, he’s really great to play off. Pocock, he’s ultra-professional – you get an idea why these guys are the best. It’s not just talent, they have got such a good work ethic. They are willing to do all the extras they can to stay on top of their game.”

This talk of stars and Super Rugby raises an obvious question. How did a bruiser of a bloke who became good enough to play with Barrett and Pocock and all the other maestros fail to earn a contract at home?

Scotland has only two professional teams and Douglas’ departure coincided with a period of upheaval at Edinburgh, who were in an unholy mess, and uprising at Glasgow, who were on their way to the PRO12 title.

Getting a look-in was tough and Douglas is not alone in being denied much of a crack even though his talents were clearly sufficient for the pro-game. The solution for others facing his predicament? Follow his path.

“It’s the law of averages that it’s going to be difficult to get consistent opportunities in Scotland. A really good route would be to go to New Zealand and try and get in the Mitre 10 because there are so many teams out there and the provinces have such strong competitions,” he suggested. 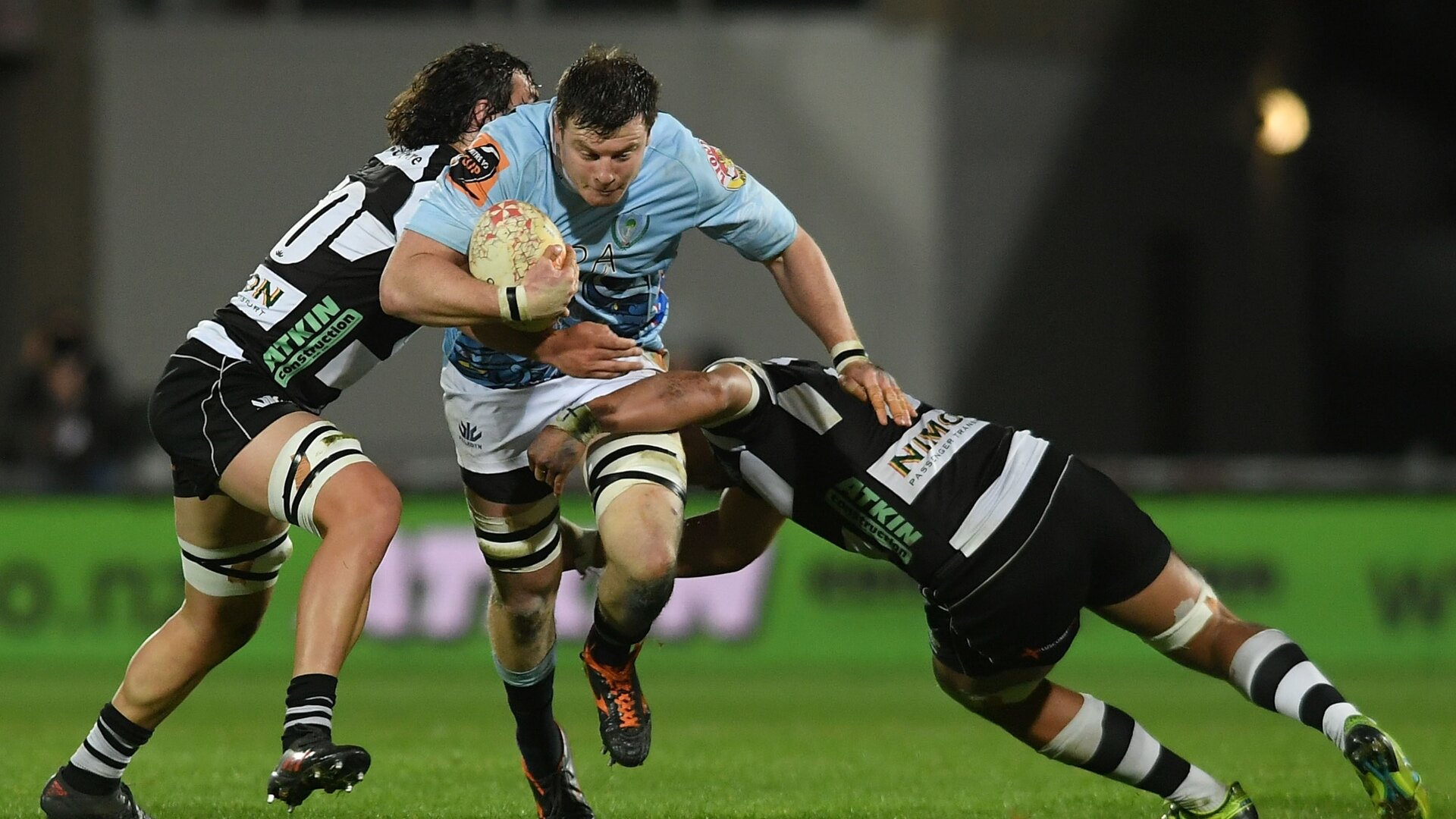 “The Super Rugby franchises in New Zealand and Australia are always looking at Mitre 10 because it’s a really good level of competition. The next progression is Super Rugby. There’s a lot of talent in Scotland at club level – or certainly was when I left – and it’s definitely a route that if you’re keen, head over and get involved.”

The jump from the club game in Scotland to Super Rugby is monumental. The step from the NRC and even the Mitre 10 Cup is significant. The Hurricanes gave Douglas a four-week pre-pre-season programme to ready his body for the cardiovascular horrors it would soon be forced to endure.

“I followed it to the letter. New guys that come into the set-up from the club game or semi-pro environment, their bodies just aren’t used to the type of loads they’re doing on a full-time programme. You usually get soft tissue injures like pulled hamstrings or pulled calves.

Cricket in the sun to cure the xmas day hang. #MCG #BoxingDayTest pic.twitter.com/8zNSmnScu6

“I certainly didn’t want to be one of those guys that gets the opportunity to come in, show what you can do and then pulls a hamstring. When I came in, I felt I was definitely fit enough. I was maybe doing a couple of extra gym sessions a week to the other guys, so I put on a bit of good weight.

“Just going in there and having that real thirst to learn and get better really helps because, especially pre-season over here, it is pretty relentless. They are long days and you’re battling pretty extreme weather.

“It’s easy to go home and put the feet up but I was trying to do as many extras as I could, look at the training tape from the day and see what I’d done well, go to the coaches and ask where I could improve. Realising that I started pretty late, I knew I couldn’t afford to take one or two years to get into the groove of things. I went in all guns blazing and trying to be as professional as possible. 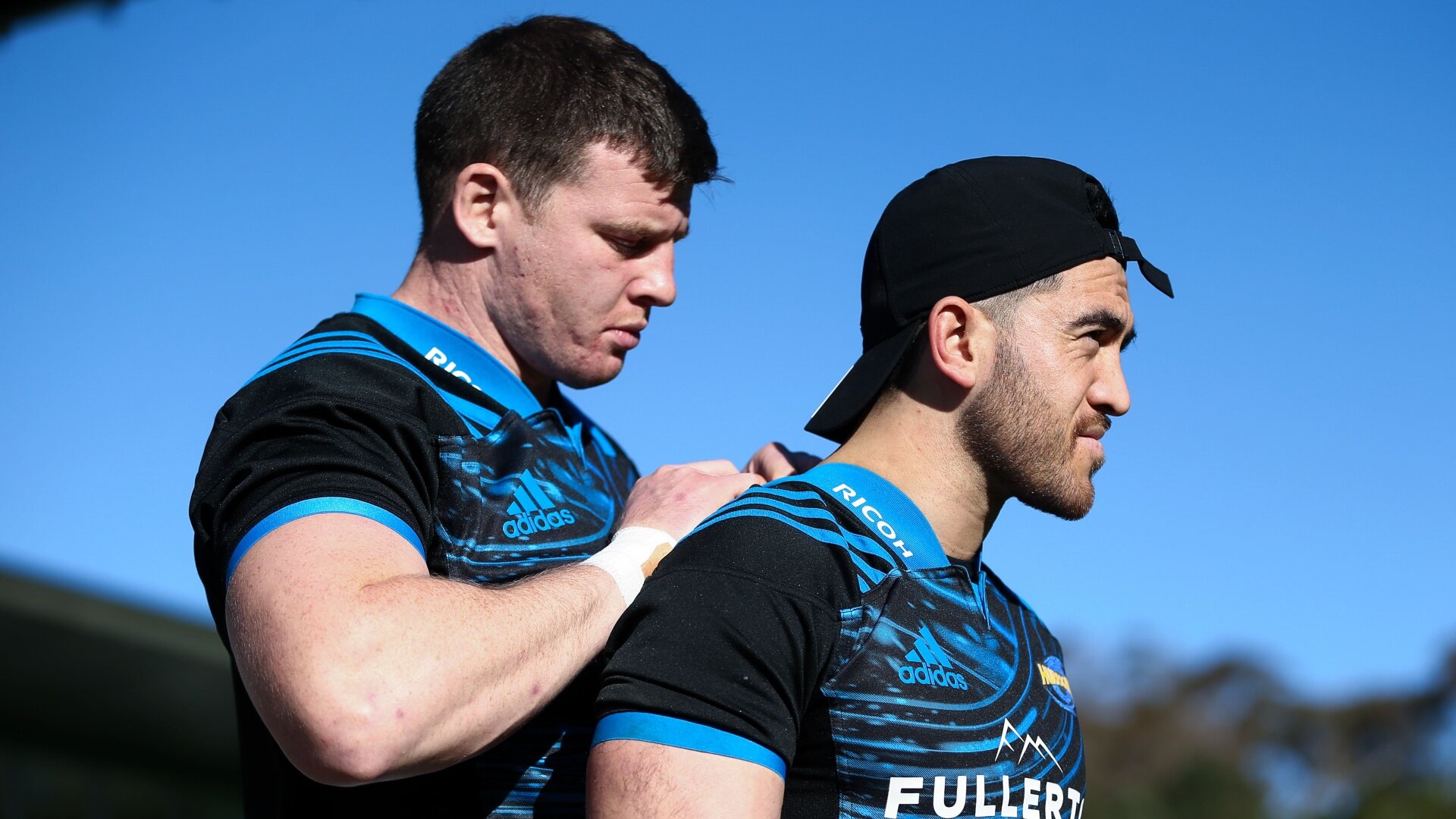 “I’ve been quite lucky to play with big Ben May at the Hurricanes, who is 36, Josh Mann-Rea here at the Brumbies who is 38 – they’re still going strong in their mid-to-late 30s and have continually good habits. As long as you can get into those habits on a daily basis, eat well, recover well, do your extras off the pitch, hopefully, even at my age, I can play for quite a bit of time yet.”

The particulars of Douglas’ contract are such that almost as soon as the Brumbies’ Super Rugby campaign comes to an end, he will be on the plane home where he will stay until November before it’s back to Canberra for another pre-season.

Cockerill is almost certainly going to lose Ben Toolis and Grant Gilchrist from his pool of locks during the World Cup. Bill Mata will be in the Fijian squad and Magnus Bradbury and Jamie Ritchie are also very strong contenders to be taken by Gregor Townsend. Barring Fraser McKenzie, that leaves Edinburgh with a very good but very callow boiler house.

BREAKING ?? | @BrumbiesRugby second-row Murray Douglas will join the club on a short-term deal following the conclusion of the current Super Rugby campaign.

The former Heriot's player will return to Canberra for the start of the 2019/20 Super Rugby season #WelcomeMurray ? pic.twitter.com/peXpLbqgqZ

Douglas’ move is a winner for all parties. Cockerill gets an experienced, Scottish forward who can cover multiple positions at a time where his squad will be under the most severe stress. Douglas gets the chance to play for his boyhood team and, although it is a long shot, shunt himself further into Townsend’s thinking for the internationals to come.

“Back in November I met up with Richard Cockerill for a coffee and he mentioned to me then that they were probably going to lose a few players in that 4-5-6 space. He had been informed that I had space between Super Rugby seasons to play. It wasn’t until January-February time that everything was thrashed out and signed.

“Especially up front, he wants them to play quite a direct, abrasive game, and said they’ll be losing quite a bit of experience if certain players go to the World Cup. My style of game suits the way he tries to get his forwards working and being a bit older, that element of experience coming in.

“The opportunity to head home and play with Edinburgh was just too good to turn down. It’ll be ideal getting to play professional rugby back where it all started.”