Ireland Men’s 7s team upset home side England at the London 7s at Twickenham, before booking a place in the Quarter Finals on Sunday.

Mick McGrath’s late try earned them a 21-17 first round triumph over the English in the opening round.

Indeed it was Ireland who opened the scoring when Ian Fitzpatrick went over from close range after a quick tap penalty.

England responded when Phil Burgess broke the line and fed Ryan Olowofela to stroll in under the posts, successfully converted by Edwards as it sat 7-7 at the break.

Ireland scored first in the second half with Bryan Mollen dotting down out wide before Billy Dardis converted, but the home side hit straight back with Tom Bowen racing down the touchline to score after a sublime one-handed off-load from Edwards.

The stage was set for all-time sevens appearance record holder James Rodwell, making his final HSBC London Sevens appearance before retiring at the end of the season, and he delivered with a fine try to edge England ahead, but Ireland emerged victorious following a last-minute converted try from Mick McGrath.

England bounced back with an impressive four-try 24-21 victory against Scotland and beat New Zealand 17-12 to finish third in Pool C.

New Zealand, Ireland and England all finished the group with 7 points but England missed out on qualifying for the Cup due to a smaller points difference.

Later in the day a Jordan Conroy’s hat-trick sent Ireland through to the Cup quarter-finals at the London 7s, as they secured second place in Pool C thanks to a runaway 43-12 victory over Scotland. 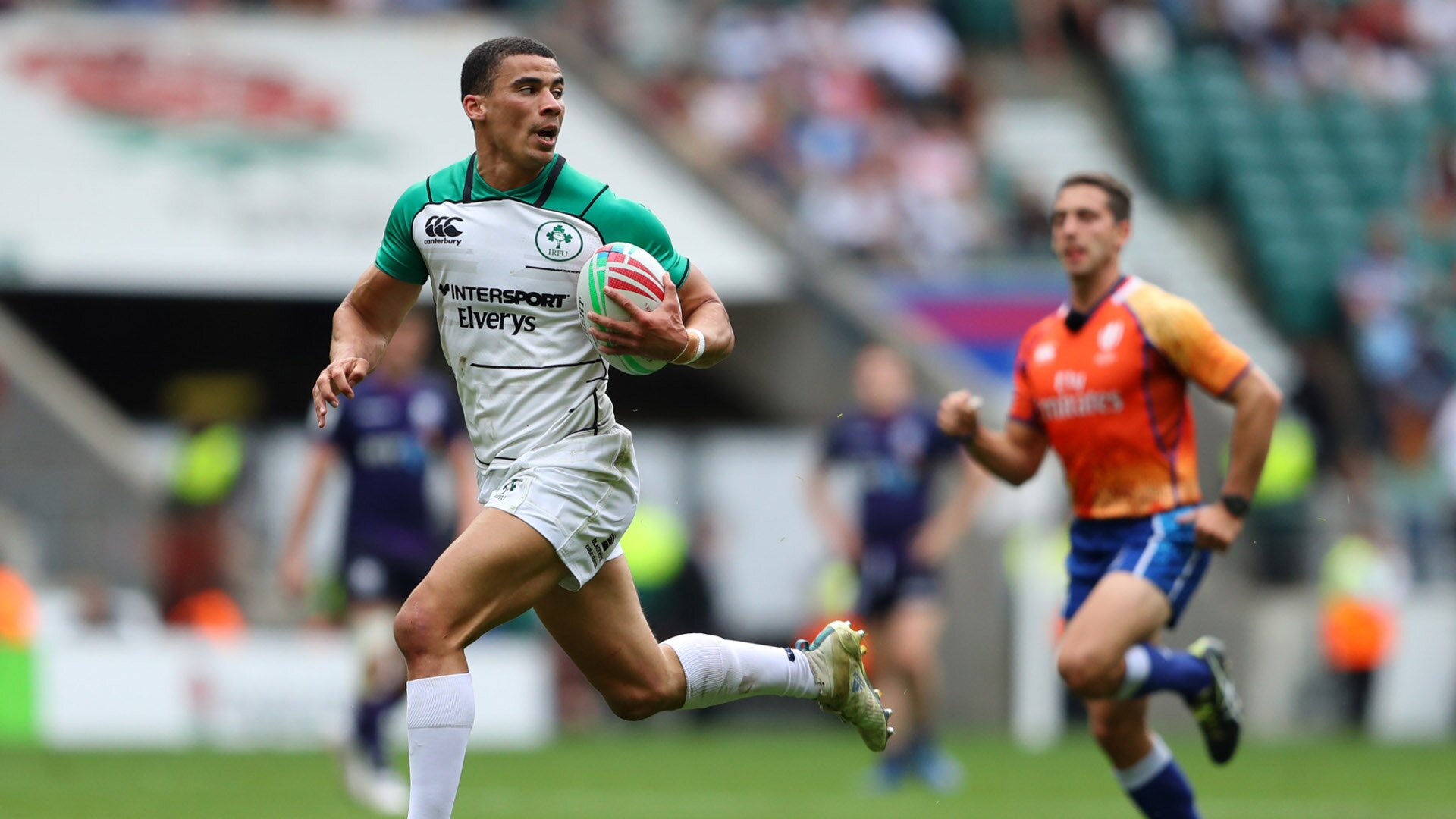 It is Ireland’s third time to compete as an invitational team at a HSBC World Rugby Sevens Series tournament in the space of the year – and they made the last-eight once again to match last year’s achievements in London, where they came away with a historic bronze medal finish, and Paris where they topped their pool.

It was another noteworthy tournament for the men in green, who are in preparation for July’s Olympic qualifying tournament in Colomiers and their entry proper onto the World Series circuit next season.

Reacting to day one, Head of England Sevens, Simon Amor said: “Obviously we’re disappointed to win two games and not go through to the Cup, but this tournament is all about a young group of players and delivering the effort that’s expected of them in an England shirt at Twickenham – they did that right throughout today and I was so pleased.

“The progress the young guys have made is fantastic and we’re really encouraged by that.

“Most of that New Zealand team played us in the World Cup final back in July so for us to have a lot of the young guys experience that for the first time.

“The passion in the crowd with Swing Low being sung around it really lifted those young guys and I hope the effort put on the field helped inspire the crowd as well.”

In England’s second match of the day, Scotland got the first points of the game when Jamie Farndale crossed out wide, but England responded straight away when Dan Norton was fed in space out wide and he raced down the wing to score – Edwards converting.