Holders Exeter were knocked out of the Heineken Champions Cup after tournament heavyweights Leinster won a titanic quarter-final 34-22 at Sandy Park.

Leinster remain on course for a record fifth European title, consigning the Chiefs to a last-eight exit as English representation in this season’s competition ended.

Only Leinster, Leicester, Toulon and Saracens have successfully defended the European Cup in its 26-year history.

And that sizeable task proved beyond Exeter as their Irish conquerors triumphed through Jordan Larmour’s try double, his fellow wing James Lowe’s first-half touchdown, plus 17 points from Ross Byrne.

Byrne replaced Leinster and Ireland captain Johnny Sexton, who kicked an early conversion but went off in the 28th-minute before failing a head injury assessment.

Exeter led by 14 points inside the first 10 minutes following two tries by wing Tom O’Flaherty, both converted by Joe Simmonds, but their only further scores were a Dave Ewers try and Simmonds penalty as Leinster’s imperious European pedigree was once again shown off to maximum effect.

Exeter showed two switches from the side that beat round of 16 opponents Lyon last weekend, with props Ben Moon and Tomas Francis both handed starts, while full-back Stuart Hogg made his 50th European Cup appearance.

Exeter made a dream start, surging ahead in the third minute from their first attack following number eight Sam Simmonds’ break off a scrum. 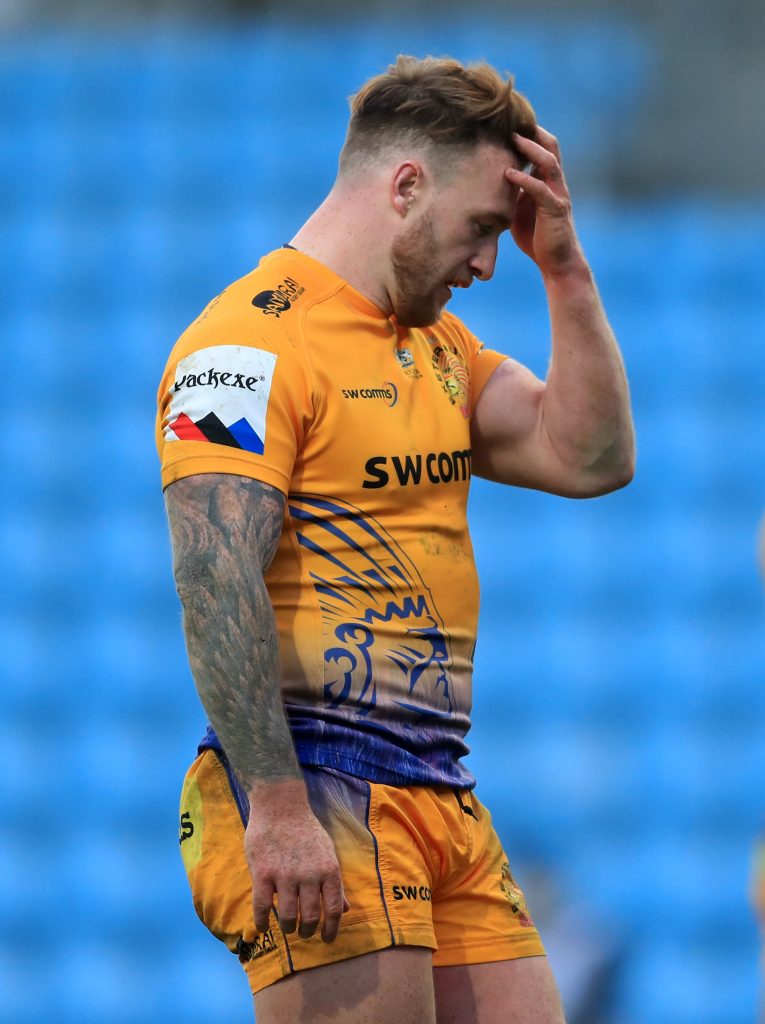 The move was taken on at pace, before Joe Simmonds found O’Flaherty, who finished brilliantly as he spun out of attempted Leinster tackles and broke clear.

Another Simmonds conversion made it 14-0, and although Leinster responded through a strong touchline run by Lowe and two ensuing surges by forwards towards Exeter’s line, Chiefs closed out danger. 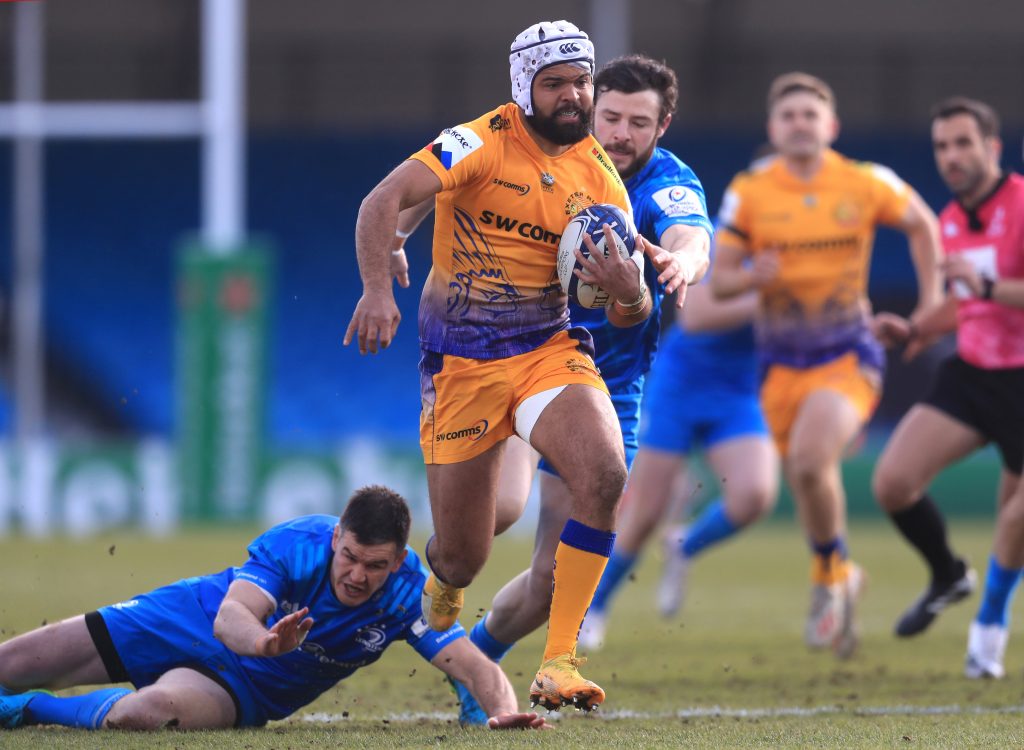 Leinster needed a response, and it was Lowe who delivered, rounding off a sweeping 17th-minute move when he collected full-back Hugo Keenan’s neat pass, and Sexton converted.

It was a concerted recovery from Leinster in a game of Test match intensity, and to their considerable credit given how fiercely Exeter had started.

And even though they suffered another setback 12 minutes before half-time when Sexton departed, Leinster immediately drew level following more high-class approach work by Keenan as he put Larmour over in the corner.

Byrne’s conversion tied the game, and Exeter had lost their initial momentum, with Leinster continuing to take advantage as Byrne followed up his conversion of Larmour’s score by kicking a 45-metre penalty. 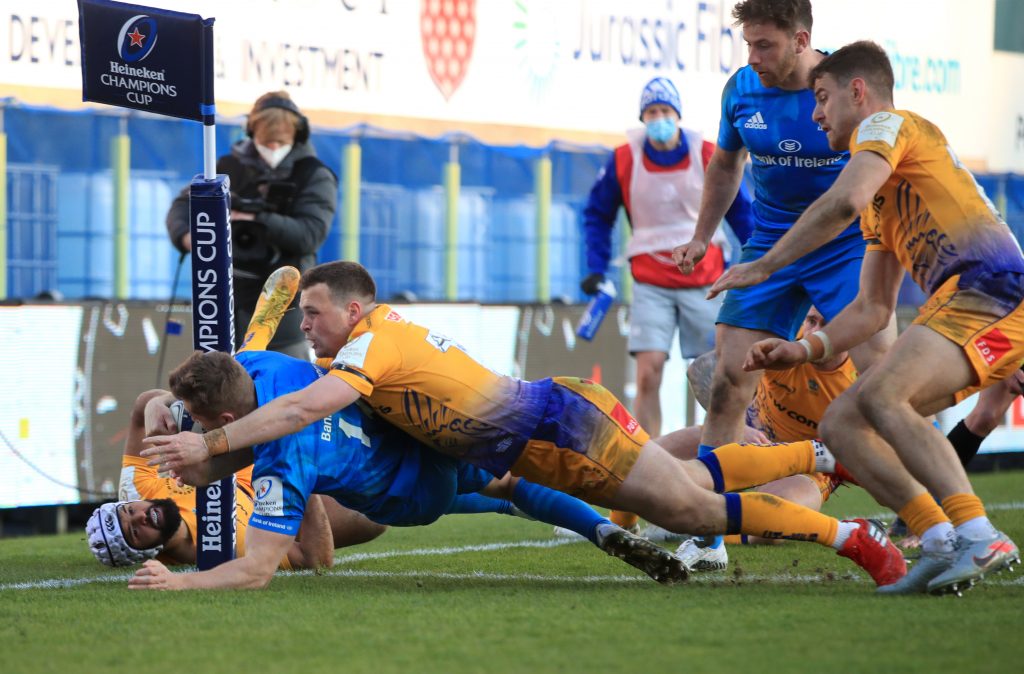 The visitors had scored 17 points in 14 minutes, and Byrne booted another penalty on the stroke of half-time after Chiefs’ England lock Jonny Hill escaped a card following a high tackle on Leinster’s replacement number 10.

Referee Mathieu Raynal took a long, hard look at television replays before deciding his sanction against Hill should only be a penalty, but Exeter still had work to do, trailing by six points at the break.

Exeter started the second period as they did the first, scoring an early try after their forwards took charge near Leinster’s line, and Ewers pounced.