END_OF_DOCUMENT_TOKEN_TO_BE_REPLACED

Wasps’ impressive run of five consecutive wins came to an abrupt halt as they were blown away by Harlequins at the Ricoh Arena, losing 49-17.

Quins surprisingly parted company with head of rugby Paul Gustard less than a fortnight ago but newly-appointed interim boss Billy Millard saw a rejuvenated side produce an impressive performance in his first game in charge.

Wasps missed the chance to rise to third in the Gallagher Premiership table as they were second best in almost every area in a rare lacklustre effort.

Should the Wallabies wear gold?

Should the Wallabies wear gold?

Zach Kibirige and Tom Willis scored tries for Wasps and Jimmy Gopperth converted both, with Lima Sopoaga adding a penalty.

Quins took a sixth-minute lead through a try from Evans.

Skilful play from Mike Brown and Aaron Morris took the visitors into the opposition 22 from where they exerted a period of pressure before the flanker forced his way over from close range. 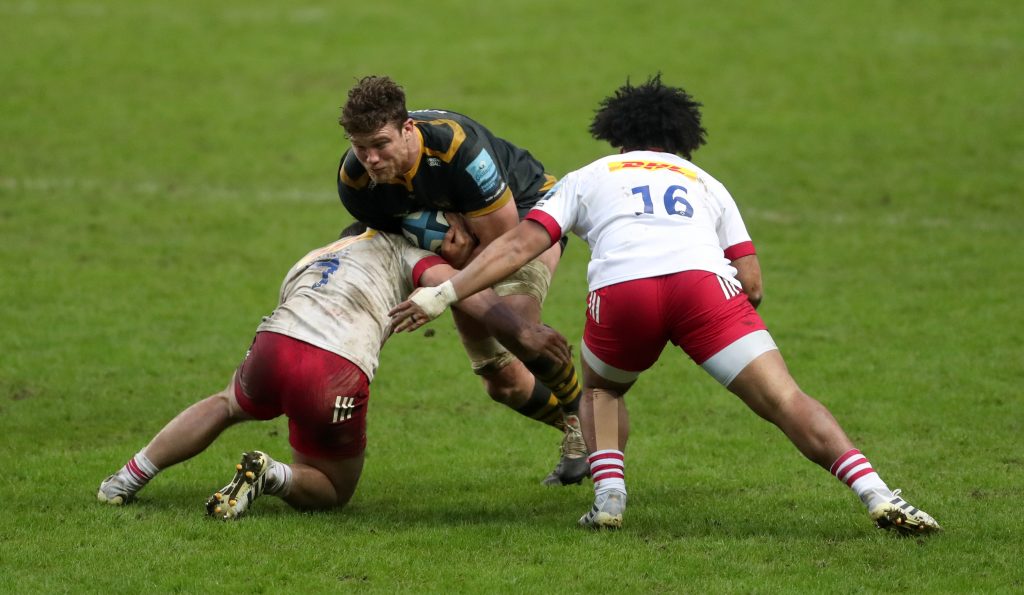 Smith converted before kicking a penalty to reward his side’s early dominance as Wasps – without key men Joe Launchbury, Jack Willis and Dan Robson – struggled to gain a foothold in the match.

It therefore came as no surprise when rampant Quins extended their lead with an excellent try.

A well-timed pass sent Lynagh away down the right flank and the wing ran strongly to evade some weak tackling for the supporting Care to score. 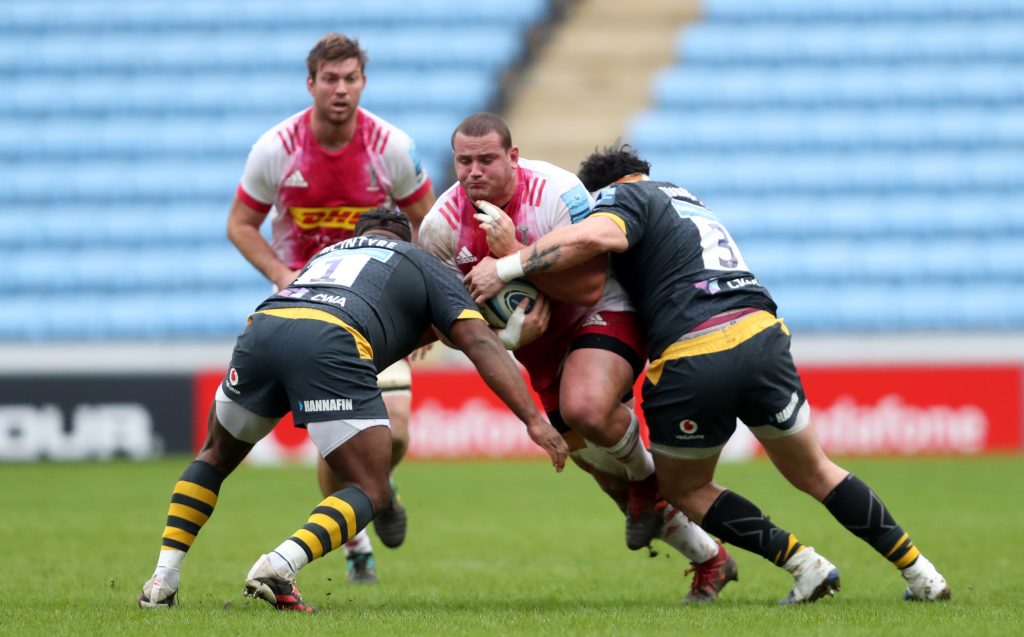 Wasps’ nightmare start continued when prop Simon McIntyre was forced to leave the field with an injury before Smith extended the visitors’ lead to 20 points with a second penalty.

Despite increasing their share of possession, the home side’s attacks appeared pedestrian with only wing Kibirige troubling the Quins’ defence, so Wasps, who had averaged 34 points per game in their last five matches, finished the first half with just a 40th-minute penalty from Sopoaga to their name.

Forty seconds after the restart, Wasps’ woes continued when their captain Thomas Young was led off after receiving lengthy treatment following a collision with Brown. 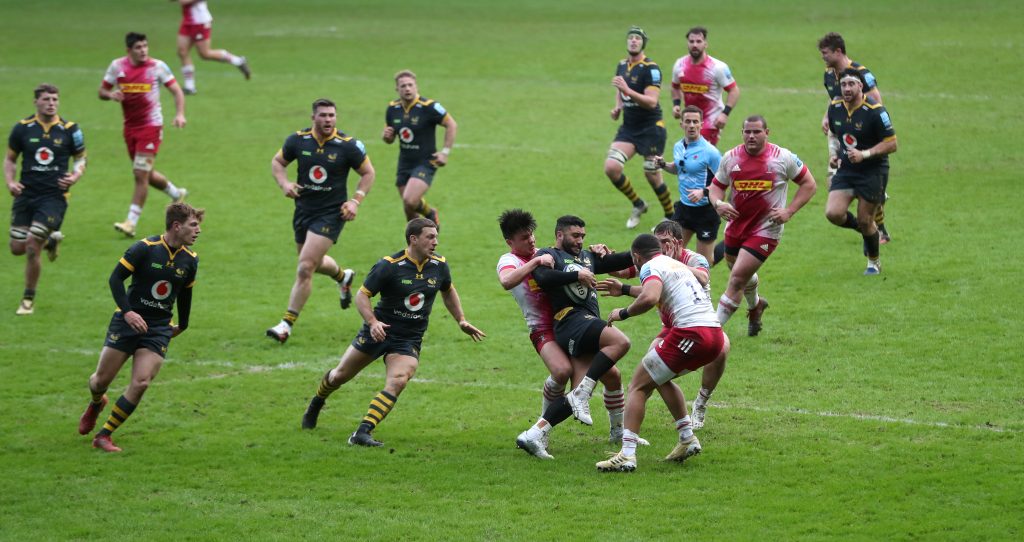 Within minutes of Young’s departure, their opponents built up an unassailable lead when Dombrandt finished off a driving line-out.

Wasps’ backs continued to be clueless in attack and it took until the 59th minute for them to score their first try when a series of forward rumbles sucked in the defence to provide Kibirige with a walk-in.

Gopperth converted from the touchline but Smith kicked a long-range penalty before Lynagh intercepted a telegraphed pass from Jacob Umaga to race away for the bonus point try.

The game was up for Wasps but they gained some respectability with a close-range try from Tom Willis.