That try, Eddie's meltdown & why England are still on track – Andy Goode

England have earned far from universal praise after their win over Wales at the weekend but their winning mentality and ability to find a way to win gives them the edge in this Six Nations.

I found Eddie Jones’ dealings with the press around the Wales game, especially after the match, absolutely bizarre. The media’s there to get people talking about the game and everyone is entitled to their opinion.

He had a bit of a meltdown in response to questions about Mike Brown, who put in a really good performance in a game that was perfectly suited to his style and confrontational nature, and that could’ve been to deflect from questions about the team’s performance but it seemed unnecessary.

People are going to question team selection. That is a fact and comes with the territory of being the England coach. Is he going to react in the same way if he gets similar questions the next time Dylan Hartley has a good game?

He makes the decisions and his record speaks for itself but the press has every right to question those decisions. 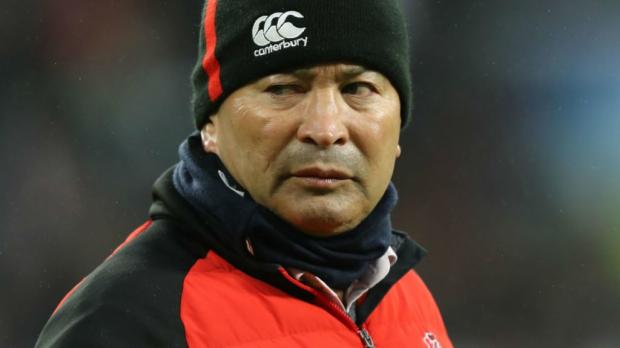 However, he would have every right to feel aggrieved if he felt his side wasn’t getting enough credit for what was a very good victory in a brutally intense Test match against a Wales side that had a point to prove.

England are going to have to improve if they’re going to beat Scotland, France and Ireland and win a Grand Slam but it’s a sign of a good team that they always look like they’re going to find a way to win. It’s a shame that the disallowed Gareth Anscombe try has overshadowed everything else as well.

There are different angles of that try and some suggest it came off Steff Evans’ finger before it was grounded but I think it went backwards onto his knee anyway after that. And, first and foremost, the TMO Glenn Newman didn’t spend anywhere near enough time looking at it considering the magnitude of the decision and the game.

The process was awful because even after making the decision to disallow the try he said to the referee that it’d be an attacking scrum five metres out but that was never going to be the case because it came from a kick from Rhys Patchell and then off Evans’ knee.

Jerome Garces was playing advantage after an earlier infringement anyway, so it went back for a penalty and that was inconsequential but it just shows that he was panicking.

I thought it was a try and we’ll never know what would’ve happened if it’d been given but I think England would still have found a way to win.

They just have that knack of winning tight games. England are looking like Manchester United in their pomp in terms of their ability to understand what it takes to win a Test match and do so in a number of different ways. Owen Farrell showed once more how important he is to this England team and his control Saturday shone through. He raises George Ford’s level and their combination is working really well.

The kicking threat from both of them either side of the breakdown pinned Wales back and the kicking game put them under huge pressure and was the difference in the end.

Farrell also beat four defenders with ball in hand, put in 13 tackles and won three turnovers, so not a bad day’s work all in all!

England did lack a strong ball-carrying presence in the forward pack after Sam Simmonds went off, though, and Nathan Hughes coming back for Wasps against Quins this weekend was an extremely timely return.

Joe Marler, James Haskell and Kyle Sinckler are all back as well and there are even murmurings that Elliot Daly is making a much faster than expected recovery from his injury and will be in contention for the Scotland game, so it’ll be a real boost to have big names like that back in the fold. And Ireland, who are the big threats to England’s Six Nations title, have been dealt a bit of a blow with a couple of injuries to really key players against Italy. Robbie Henshaw and Tadhg Furlong are two of their biggest players and they’ll still expect to be rocking up to Twickenham in March with a Grand Slam on the line but their depth will be tested now as well.

It was great to see Scotland beat France on Sunday and not only will that make the build-up to the Calcutta Cup so much better, they’ll also have genuine belief that they can still win the tournament.

Greig Laidlaw kicked his goals, and you would have expected him to get most if not all of them, but the control he brought to them with Finn Russell having a bit of a wobble again was invaluable.

If they can beat England at Murrayfield, they’ll be right back in the mix and Wales will feel they can go to Dublin and win as well so it’s a wide open tournament at the moment. It remains to be seen whether that is still the case after Round 3 but four teams are in the hunt for now.

Wales lost their opening game at home to Ireland in 2013 and famously came back to thrash England 30-3 in Cardiff in Round 5 to deny England a Grand Slam and take the title off them as well, so anything can happen but England’s knack of finding a way to win might just see them over the line.