'Can we just forget about that? Honestly, the worst game I ever played in my life'

'Can we just forget about that? Honestly, the worst game I ever played in my life'

Duhan Van Der Merwe admits the prospect of international recognition and winning silverware for Edinburgh are providing him with ample motivation.

The South African winger has qualified for Scotland under the residency rule and is expected to be called up by Gregor Townsend for the autumn internationals.

That opportunity has given the 25-year-old extra drive since Edinburgh returned to action and the powerful wide player also aims to grasp the chance to help his club into the Guinness PRO14 final.

Edinburgh host Ulster in their first semi-final appearance on Saturday night after topping Conference B and Van Der Merwe is excited about taking the club even further.

Van Der Merwe, who has scored 31 tries in 58 appearances for the club, said: “Look, obviously since I have been Scottish-qualified things have changed for me personally.

“Because now I know I need to perform every single game not just to be in the Edinburgh starting XV but to maybe start for Scotland or get a chance to play for Scotland.

“That’s definitely in the back of my mind because I know I am competing against Darcy (Graham), Glasgow wingers, guys who have been playing.

“I know there is a lot of competition so I just want to be at my best and perform and get a shot at that. I do want to play for Scotland and I do want to give it a crack.

“For now, I am just really focused on performing for Edinburgh in the semi-finals and hopefully get some silverware for the club, that would be amazing.

“There is definitely a big buzz, the club has not been in this situation.

“There was one point I thought they were going to scrap the whole season. We were in such a good spot and I was in lockdown thinking, ‘surely they are going to give us a shot’. 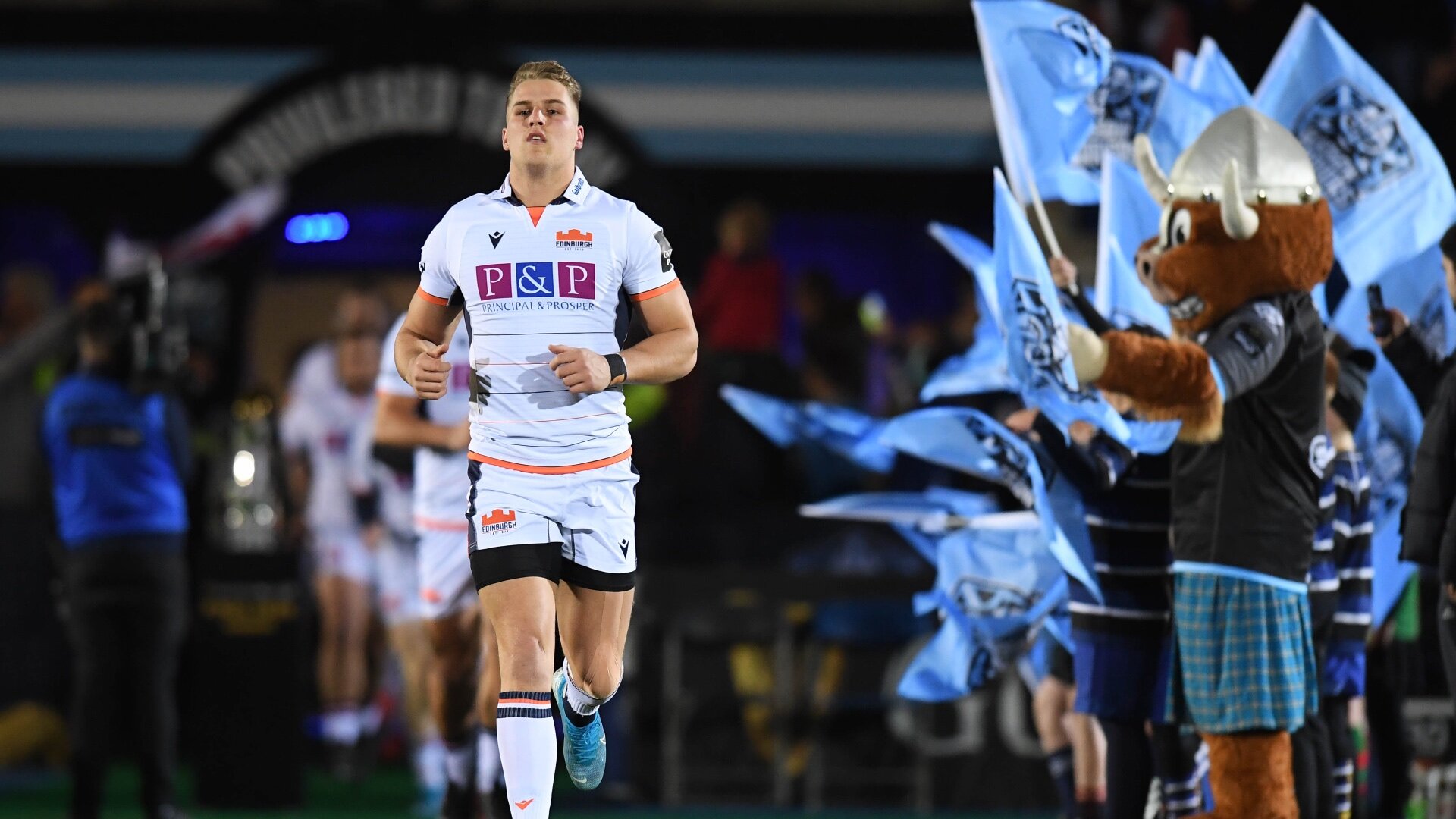 Van Der Merwe played his part in sealing the last-four spot with a brilliant assist in Edinburgh’s 30-15 comeback win over Glasgow, but there was little inspiration from anyone in his team during Friday’s 15-3 defeat by Warriors.

He said: “Can we just forget about that? Honestly, the worst game I ever played in my life. Stop-start, stop-start…I felt like I only ran 500 metres the whole game.

“It was just one of those games, we had so many errors. I don’t want to swear but it was a really s*** game.

“Boys got opportunities and this game isn’t going to determine what happens next week. We will start afresh on Monday, preview Ulster and then get stuck in. What’s the point in reviewing this game? We made 10 changes.”

The former Blue Bulls and Montpellier player was glad he played though.

“I probably felt I needed a run,” he said. “I was blowing a bit in my first game and I just want to get minutes under my belt.

“You are always a bit rusty in your first few games back and I just want to get out of that and get back to my form.”