The signature of Beauden Barrett may be imminent, but his delayed arrival in Auckland isn’t going to fix all the Blues’ problems and turn them into a team worthy of challenging for the title.

There are a vast array of problems that the Blues have encountered since they last made the play-offs in 2011, and last won a title in 2003, and at the forefront of their issues is the drain of young talent leaving the region for other franchises around the country.

As the Super Rugby club with the largest population base and biggest talent pool in New Zealand, the Blues have a never-ending conveyer belt of young stars who thrive and show huge amounts of promise at schoolboy and age-grade level.

However, as has been the case for many years now, it isn’t uncommon for those who shone in their younger years in Auckland’s 1A 1st XV competition to continue to shine, but not under the floodlights of Eden Park.

Instead, the Chiefs, Hurricanes, Crusaders and Highlanders have all reaped the rewards for the Blues’ inability to identify or fully develop the talent they have at their doorstep.

Two of the most notable cases of ex-Blues players who have gone on to play starring roles in other sides in recent years are Highlanders duo Malakai Fekitoa and Waisake Naholo. 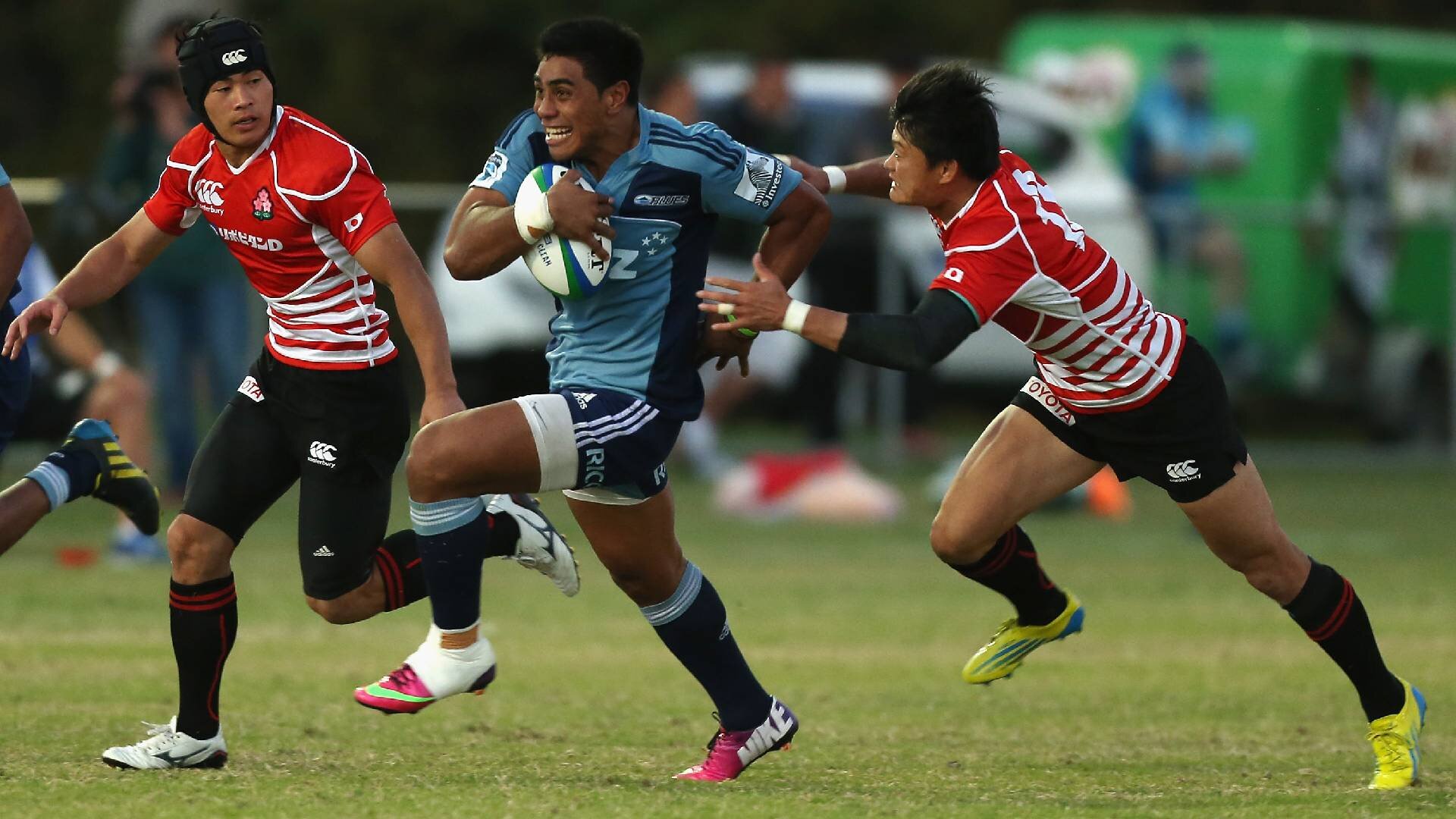 Malakai Fekitoa in action for the Blues Development side against Japan A in 2013. (Photo by Sandra Mu/Getty Images)

Fekitoa, the former Auckland midfielder who went to Wesley College in South Auckland and was contracted to the Blues in 2013 but never played a Super Rugby match for them, and Naholo, who was picked up by the Blues that same year but was let go only to win the World Cup with the All Blacks two years later, both became Highlanders legends after the Dunedin-based club signed them in 2014 and 2015, respectively.

Elsewhere in more recent times, there has been Ben Lam, an ex-Blues wing who set the Super Rugby record for most tries in a season with the Hurricanes last year, and Braydon Ennor, a former Blues U18 rep who is on track to winning back-to-back titles with the Crusaders after moving to Christchurch from St Kentigern College in 2016. 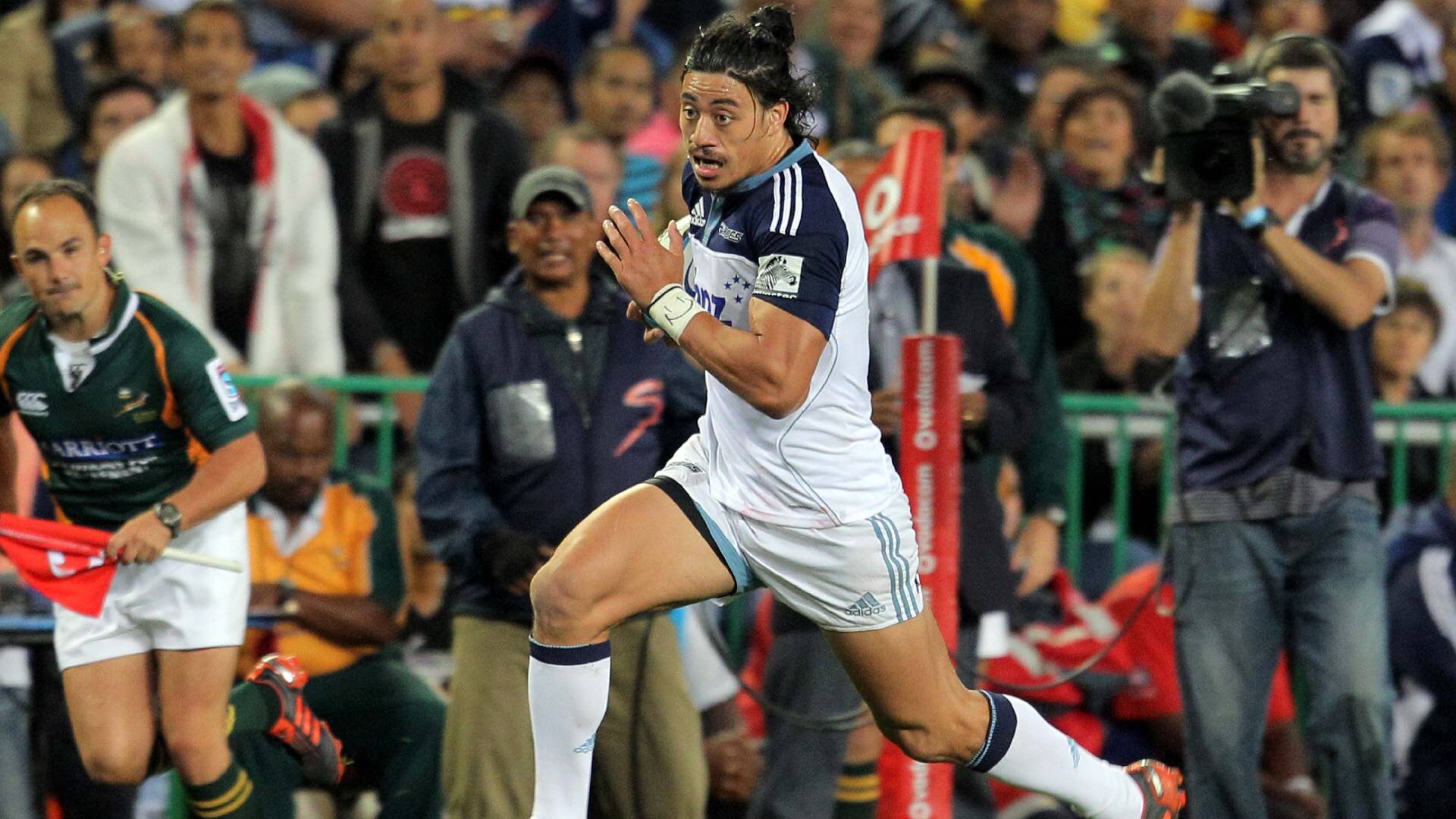 Ben Lam playing for the Blues against the Stormers in 2012. (Photo by Peter Heeger/Gallo Images/Getty Images)

Both have caught the eye of the national selectors over the last two seasons after leaving the Blues region.

Other examples include promising Highlanders first-five Josh Ioane, formerly a star for King’s College in the Auckland 1A competition, and Chiefs prodigy Etene Nanai-Seturo, who played alongside Ennor at St Kent’s. 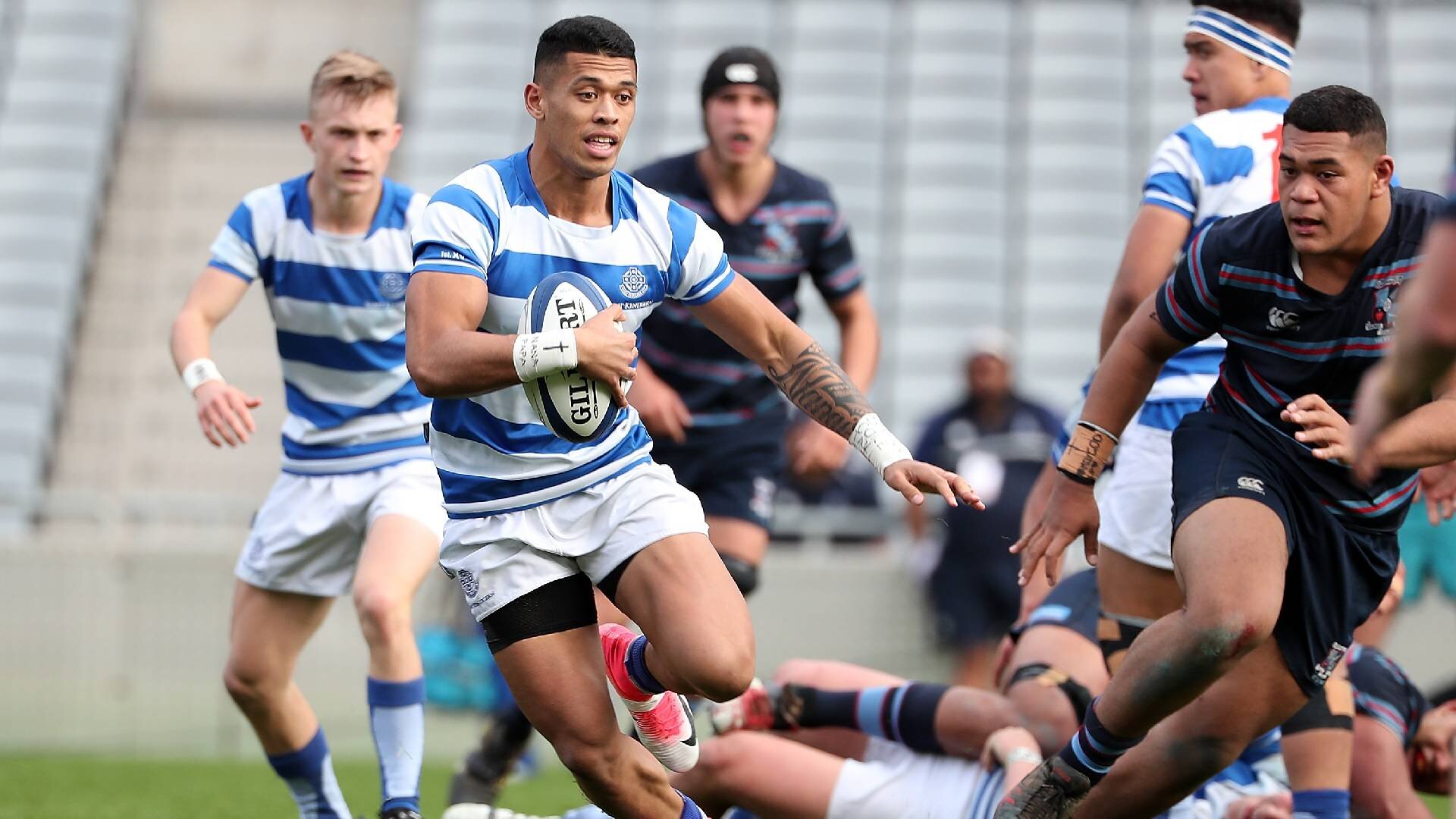 Etene Nanai-Seturo was a schoolboy star for St Kentigern College in the Auckland 1A 1st XV competition. (Photo by Fiona Goodall/Getty Images)

The continual loss of these young stars with bright futures to rival clubs has left the Blues as the worst team in the country at identifying and retaining talented youth players, which has significantly contributed to the franchise languishing in the rut they currently find themselves in.

That could be about to change, though.

Speaking to Stuff, Blues board chairman Don Mackinnon revealed that the club has drafted in former New Zealand softball captain and coach Eddie Kohlhase from High Performance Sport New Zealand with the aim of turning this weakness into a “world-class” aspect of the club.

“Eddie is leading a project across the Blues and our three provincial unions [Auckland, North Harbour and Northland] to look at our whole talent identification, recruitment and development system out of school where we’ve been poor, partly because we’ve not been aligned with our provincial unions,” Mackinnon told Stuff.

“It’s an incredibly important project to get us up to world-class in that space, and we’re not [world-class]. The great thing about it is the three provincial unions are totally on board and want to create a system where, alongside the Blues, we are retaining our best talent.”

Mackinnon confirmed Kohlhase’s work has already begun, as he enters the interviewing and information-gathering phase of his project.

“We’re hoping to have a preliminary report back for our July board meeting and finalisation by August. We’re moving on this as quick as we can because it needs to be fixed.”

Structural change can be expected between the Blues, Auckland, North Harbour and Northland, as the four organisations look to work in tandem to keep the region’s best players at home in the coming years.

“I’m hoping it will lead to concrete recommendations around how we align the four organisations so that we’re getting the best players and keeping them and spreading them across our regions,” Mackinnon said.

It won’t be easy, though.

While the Blues undoubtedly have the best 1st XV competition in New Zealand – possibly the world – to pick their future generation from, its reputation has helped make it a marketplace for teams from various other footballing codes from all around the globe. 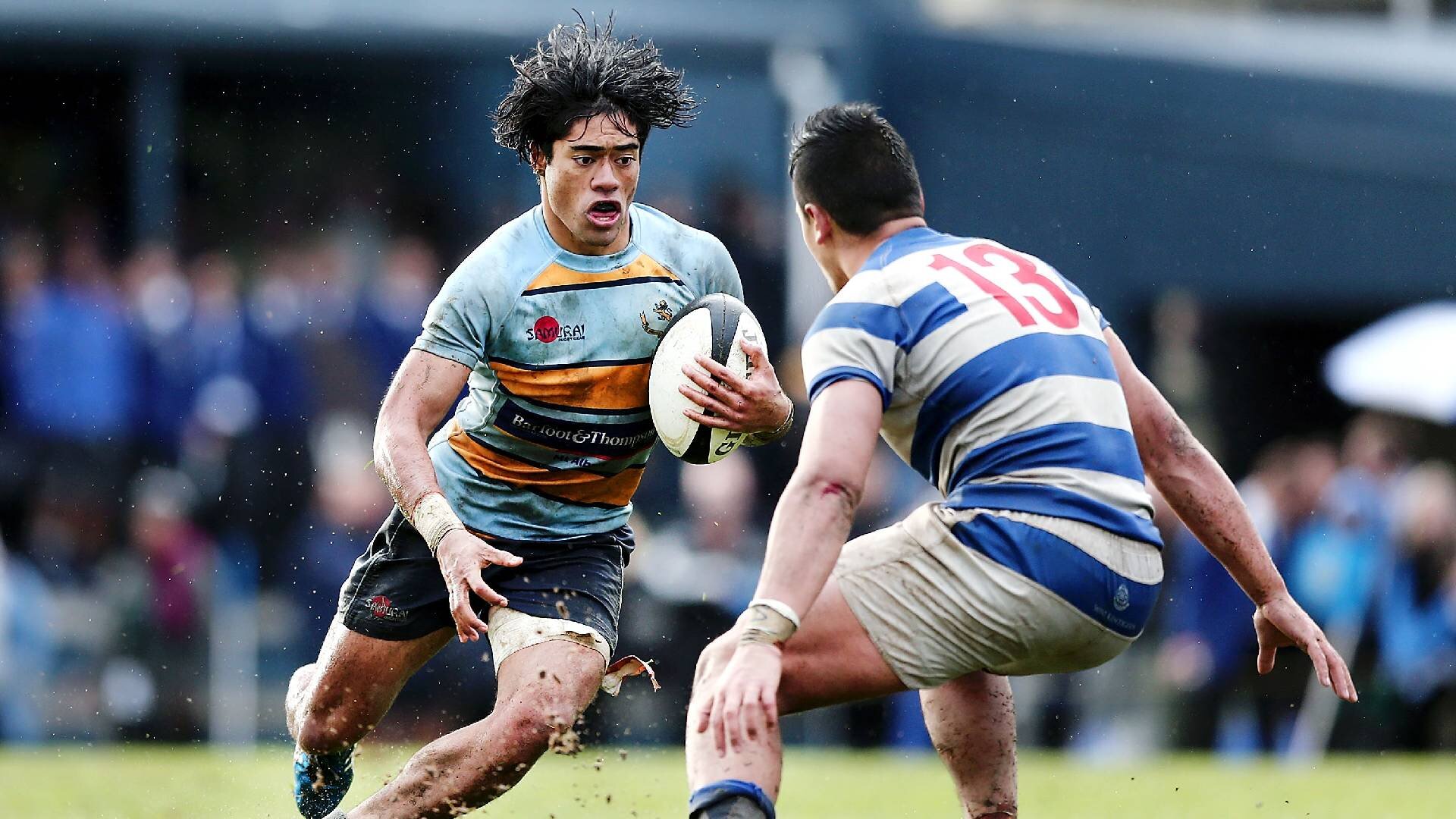 That means the Blues aren’t just competing with other Super Rugby franchises from New Zealand, but also union, league and AFL clubs, among others, from around the world.

“It’s a crazy system at the moment when you’re hearing talk of 12 and 13-year-old kids being approached by league agents,” Mackinnon said.

“One of the things we’re looking to improve is our relationship with our secondary schools. We’re getting in front of the principals and talking about their needs, and where they see the Blues fitting with those.

“I believe repairing those relationships is incredibly important and it’s starting to show some results.”

5 – Sam Lousi (formerly of St Paul’s College, now playing for Wellington and Hurricanes, soon to be at Scarlets)

6 – Jordan Taufua (formerly of Alfriston College and Sacred Heart College, now playing for Tasman and Crusaders, soon to be at Leicester Tigers)

8 – Kieran Read (formerly of St Kentigern College and Rosehill College, now playing for Counties Manukau, Crusaders and All Blacks, soon to be at Toyota Verblitz)

14 – Waisake Naholo (formerly of Blues, now playing Taranaki, Highlanders and All Blacks, soon to be at London Irish)