It was an amazing finish to the Champions Cup pool stages and, while the favourites might look obvious to everyone right now, it’ll be a whole different ball game in 10 weeks’ time.

The fact that 14 teams went into the weekend fighting for seven quarter-final places and only one side was guaranteed a spot made for incredible entertainment and it was great to see the few clubs that weren’t in the mix fighting hard as well.

Apart from Castres against Munster in the last game of the weekend after the delay in Limerick, every team took it seriously even if they were out of contention. The likes of Leicester and Harlequins put in big efforts and that is a sign of a strength of the competition nowadays.

And it will only get even better next year with Italy not guaranteed a spot in the top tier and all of the PRO14 places having to be earned through league positions.

Certain teams will rue missed opportunities, with Bath in particular kicking themselves. Most people will say that losing at home to Scarlets cost them but actually you have to go all the way back to Round 1 and their failure to get the try bonus point against Benetton to find their major mistake.

And, Wasps will of course look back with massive regret on the last 15 minutes of last week’s game against Quins when they threw it away. They would have been in the quarter-finals had it not been for that brief period and it’s minute details within games that have proved the difference for teams. 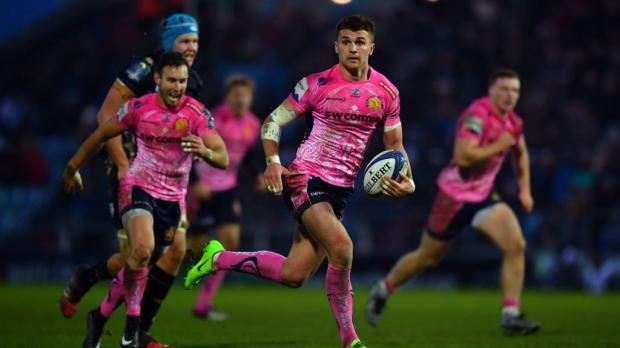 Exeter had loads of possession in the first half against Glasgow but just couldn’t convert that into points and made lots of uncharacteristic errors. Sometimes knockout rugby changes people and for Exeter it was a knockout game. The Warriors had nothing to lose and scored some wonderful tries but the Chiefs will be disappointed with their performance.

La Rochelle will definitely look at their game on Sunday as a missed opportunity as a try bonus point against a slightly weakened Quins side with nothing to play for would have given them a home quarter-final.

The flip side of that is that their away record this season has been very good and they will fancy themselves away at Scarlets. Leinster v Saracens may have the pedigree but, in terms of excitement, that is the pick of the quarter-finals for me with the style of rugby both teams play.

It is a surprise that only one English side has made it through and they only did so by the skin of their teeth in the end but it’s great to see teams from all the major nations, apart from Scotland, represented in the quarter-finals.

Four French sides making it through shows that they’re still able to flex their financial muscle and the sheer power of the Top 14 outfits has shone through at times. And, it’s great to see a Welsh region in the last eight for the first time for six years.

Everyone will be picking Leinster as their tournament winners right now but there’s a lot of water to go under the bridge between now and the quarter-finals and I have a feeling Saracens might have something to say about that. Billy Vunipola may well be back by then and his presence could just tip the balance in Saracens’ favour. He is that important to them and that much of a world class player.

They beat Munster 26-10 at the Aviva Stadium in Dublin in the semi-final last year, so going over there will hold no fear for them and it will be all about what physical and mental state the squad is in when the game comes around.

Leinster have managed their squad very effectively but they’ve got 18 players in Ireland’s Six Nations squad. You go through a full Six Nations campaign and then get to the start of the knockout stages in April and teams will be in a very different position to where they are now.

Sides that have been very strong throughout the pool stages might have picked up three or four key injuries and be down to the bare bones in certain positions when that has been the case for others between October and January.

That certainly applies to Clermont. Rewind just over a month to their demolition of Saracens at Allianz Park and they were on fire but now they’re really struggling. They have a huge injury list and were abject at times against Ospreys but they’ve done enough to get through and don’t count them out when they’ve got some bodies back.

We’ve seen the best eight teams qualify and, undoubtedly, Leinster are the best team in Europe right now but the landscape will change hugely in the next couple of months.

I would pick Munster, Clermont and Scarlets to make it through but Leinster v Saracens is just too tough to call. If they played tomorrow, I would back Leinster but they aren’t and I just think it could be a whole different ball game in a couple of months’ time.

And, you can watch the video of the latest episode below…