Jonny May stars as England dominate Ireland in Twickenham

Jonny May stars as England dominate Ireland in Twickenham

England ignited their Autumn Nations Cup by overwhelming Ireland 18-7 at Twickenham as Jonny May ran in a wonder try to end his recent drought in spectacular style.

May crossed twice to move beyond Jeremy Guscott and into joint second in the all-time red rose try scoring list alongside Ben Cohen and Will Greenwood with 31 touch downs, leaving only Rory Underwood ahead.

An athletic opener ended his sequence of five Tests without crossing, but it was his next intervention that really captured imaginations as he plundered a stunning solo score that started from inside his own 22.

It was an electric moment and the highlight of a fourth successive victory against Ireland that was possibly the most conclusive of them all as Ireland were brutally outplayed.

Apart from a promising start and strong finish, Andy Farrell’s misfiring team were taken apart to expose a gulf in class between the rivals.

England’s pack bullied their opponents virtually throughout and were at their most effective in a defensive effort led by flanker Sam Underhill and Tom Curry, but to which all the forwards contributed.

May was denied the man of the match award by Maro Itoje, who stood at the heart of a suffocating home display that had echoes of last autumn’s march to the World Cup final. 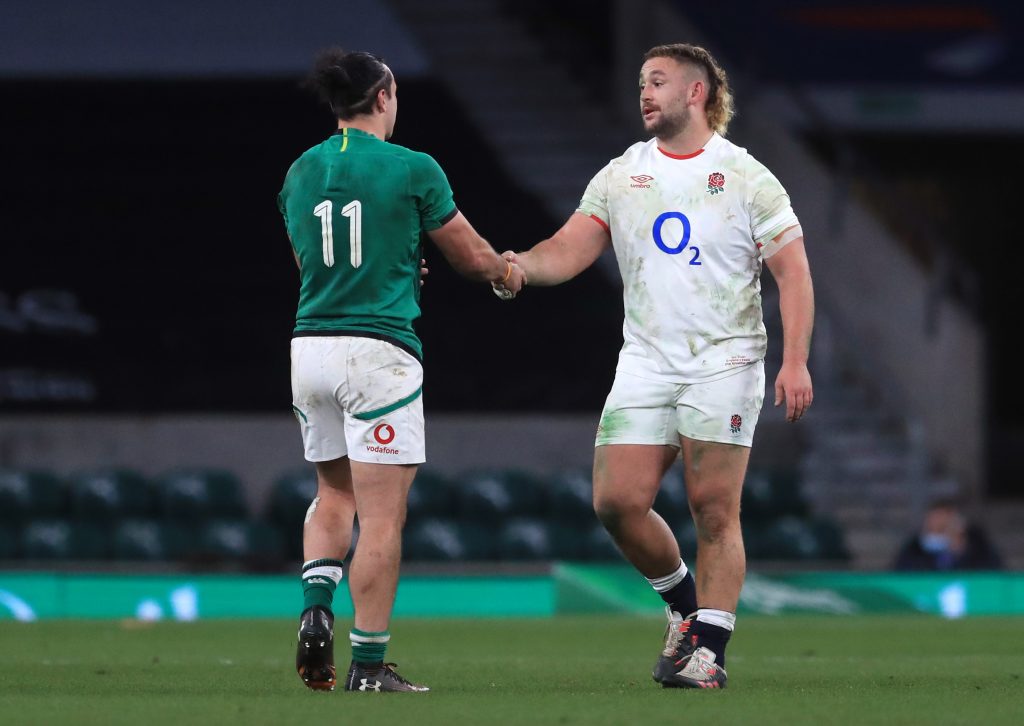 After monotone wins against Italy in Rome that secured the 2020 Six Nations and Georgia last weekend, it was an afternoon to excite England fans and expose worrying Irish frailties.

Jones had questioned the legality of Ireland’s scrummaging in the build-up to the 137th minute clash between the rivals but the binding of prop Andrew Porter became irrelevant as the visitors crumbled on two occasions.

Time and again England sent kickable penalties into touch or opted to run and in the 17th minute their ambition was rewarded when May outjumped full-back Hugo Keenan to grab Owen Farrell’s crossfield kick and touch down.

A dominant opening continued as turnover ball from Ireland’s misfiring line-out close to the line was turned into an unlikely attacking opportunity when the ball was threaded to May.

Starting from inside the 22, the Gloucester wing slipped between two Irish defenders and upon reaching the halfway line he kicked into space, winning the foot race to gather and score.

May was mobbed by his team’s replacements bench and once the celebrations England rolled up their sleeves for a savage defensive shift.

Cian Healy could make no impression on the wall of white shirts despite several brave carries and even when wing Keith Earls threatened the line, a turnover was forced and Ireland remained scoreless.

English dominance continued into the second-half and when Farrell rifled over two penalties, the lead grew to 18-0. 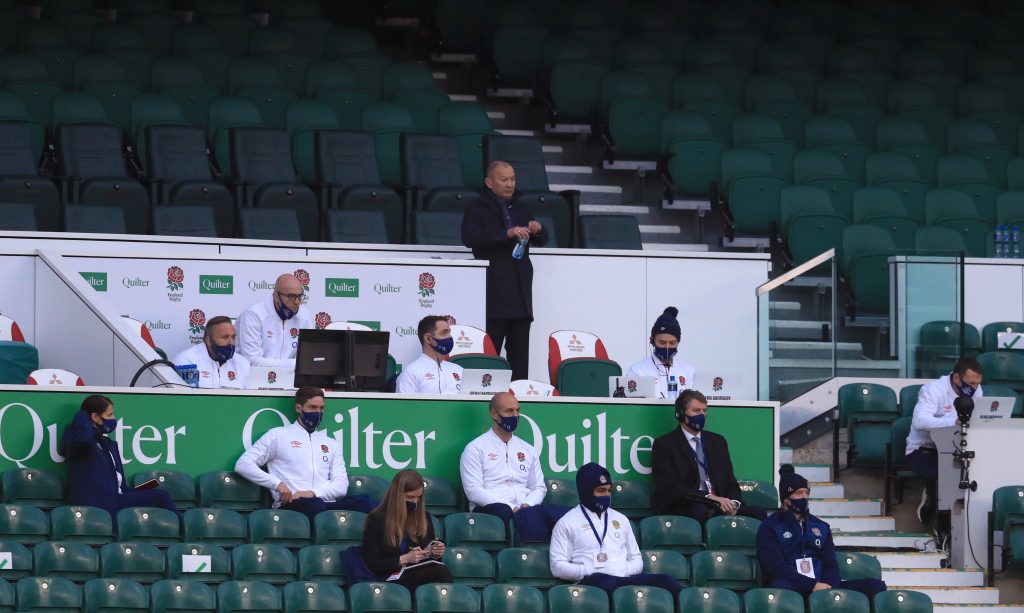 Ireland could make no impression on a ferocious defence that drove them backwards and in another worrying sign, they were pinned back in their own territory with little prospect of escape.

And when they finally approached the whitewash they were denied by a brilliant steal from Itoje, who was a constant menace in the tight.

Ireland continued to press in the final quarter and when Billy Burns chipped into space, his fellow replacement Jacob Stockdale ran on to the ball to score under the posts, but the outcome had been decided long ago.