What happened to Jack McGrath? Next
Back
Internationals

Eddie Jones has revealed why he doesn’t like former All Black coach Laurie Mains while paying fulsome tribute to Bob Dwyer, the 1991 World Cup-winning Wallaby legend, who continues to inspire the England head coach.

Jones gave his verdict on some of rugby’s most famous coaches to RFU performance director Conor O’Shea in an episode of “The Eddie Jones Podcast” that will be released tomorrow. While he praises Dwyer and Graham Henry, two men who won the World Cup, he admits that Mains’ argumentative nature made the man who saw his All Blacks team beaten in the 1995 World Cup final by hosts South Africa, hard to like.

Before England shocked New Zealand 19-7 in last year’s Rugby World Cup semi-final in Japan, Mains was quoted saying: “I do expect it will be pretty tough because Eddie Jones – I haven’t always admired the way he’s coached rugby teams – but he’s a clever little bugger and he’ll have a difficult game plan for the All Blacks to counter.”

Jones said: “A bloke I didn’t like but I thought he was a great coach was Laurie Mains. For me quite an argumentative, objectionable guy but the way he coached his teams was brilliant and in 1995 World Cup he had the All Blacks absolutely playing superb rugby. They weren’t good enough in the end in the final.

“I was lucky enough to be coached by Bob Dwyer who won the 1991 World Cup. Hard guy but with a great feel for the game and I always remember as a player in my first year in the Randwick first grade and we went on the bus to Brothers and he sat down next to me and I was as nervous as anything and he said “how do you reckon we will go today?” Just that little bit made me feel if I was important in the team and his ability to find the right thing to say and he was so curious about finding how to do things better. He was outstanding. 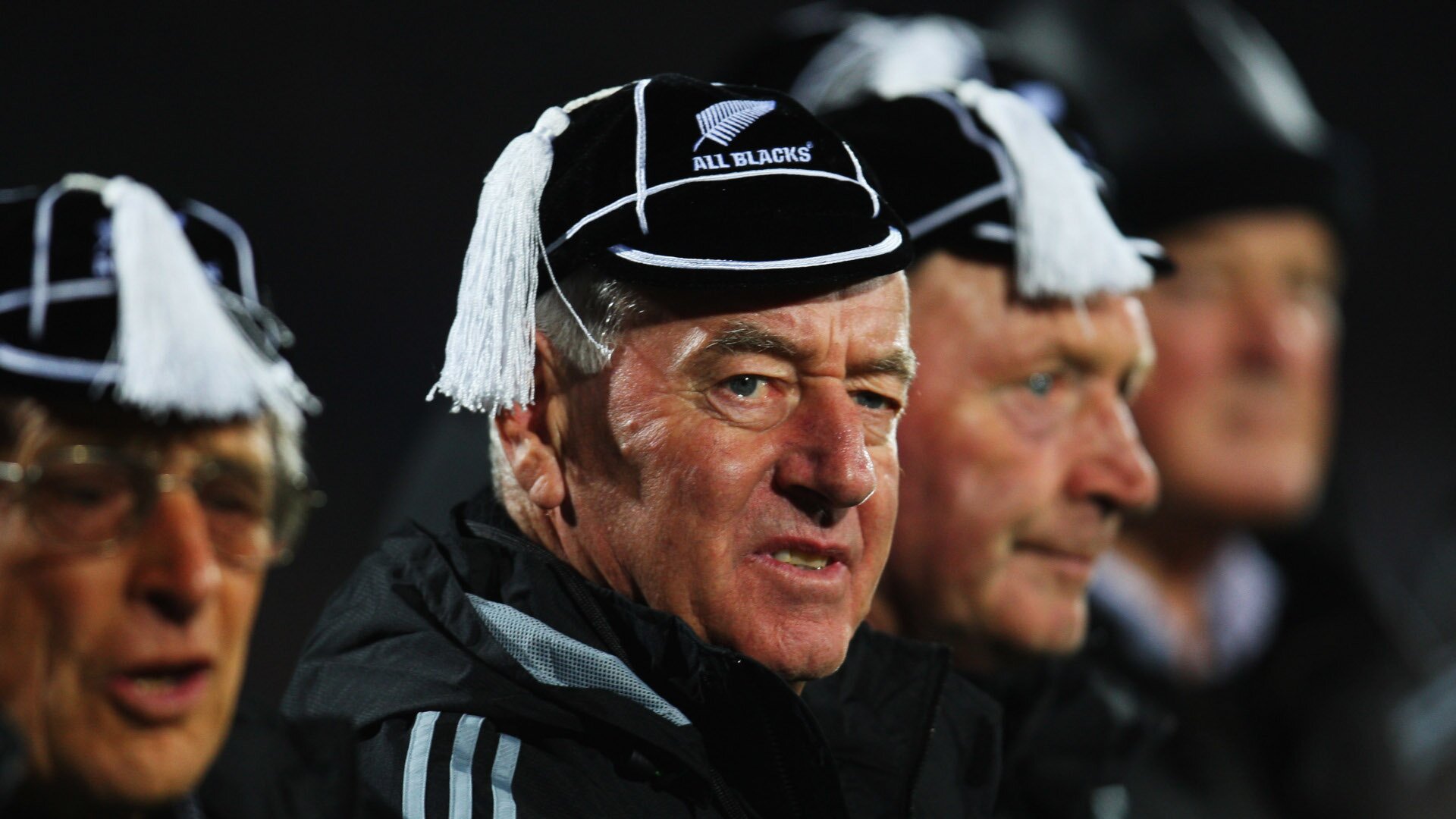 “Graham Henry stood the test of time, brilliant with Wales, struggled with the Lions and it took him eight years to win ( the World Cup ) with the All Blacks – he was ahead of the game. He changed his approach massively in the time that he coached. He was an old schoolmaster, a very directed coach and at the end became a much more consultative coach.

Jones also revealed he gives himself an appraisal as England head coach every three months to ensure he is constantly pushing himself to improve. The Australian also challenges his assistant coaches John Mitchell, Simon Amor, Neil Craig, Steve Borthwick ( who leaves in July) and Matt Proudfoot even during the lockdown to make sure they are also looking for ways of helping the beaten 2019 Rugby World Cup finalists become the best team the world has ever seen.

That has been his constant mantra and to achieve that goal Jones relies on self-criticism which he is currently undertaking in Japan before flying back to London in the expectation that sport will be allowed to continue in some form later in the year. The Six Nations championship has yet to be completed while there are serious doubts over England’s tour of Japan and the exact nature of the Autumn test schedule.

As he deals with lockdown in Japan, Jones explained his working life. Jones reveals: “Every three months I write myself my own development plan and I have done that consistently throughout my career.

“I have professional objectives and personal objectives to make sure that I keep growing and keep learning. Our assistant coaches are very similar and are all set tasks of how they can improve themselves. We get them to do a lot of self-reflecting and at the moment they have a lot of time to self-reflect so it is a good time to grow. It is about them understanding what they are good at where they need to improve and coming up with a plan to improve because those plans are only really useful if you drive it yourself.”