Stellar U20 crop signals the resurgence of the Munster pathway

Stellar U20 crop signals the resurgence of the Munster pathway

After years of Leinster dominance in terms of representation, the Ireland U20 side took on a much redder hue than normal over the last seven weeks.

If the Munster pathway had been a little quiet of late, there was no better way to announce its resurgence than by contributing the core of the side that went on to secure a Grand Slam in the U20 Six Nations.

Of Munster’s 10-man contingent in the squad, four were ever-present in the Irish XV, with loosehead Josh Wycherley, number eight John Hodnett, wing Jonathan Wren and full-back Jake Flannery all proving crucial to Ireland’s success. Scrum-half Craig Casey could well have matched that, too, if it were not for injury ruling him out of the games with Scotland and Wales, whilst centre Sean French and fly-half Ben Healy were also frequently involved.

Hooker Billy Scannell and tighthead Luke Masters both cracked the 23 on one occasion each, with lock Paddy Kelly rounding out the 10-man group.

It’s not a weak year for the other provinces, either, with Leinster offering up four very notable promising talents in Harry Byrne, David Hawkshaw, Scott Penny and Tom Clarkson, Connacht hooker Dylan Tierney-Martin impressing throughout and Ulster back rower Azur Allison yet to get his shot, with injury ruling him out of the Six Nations. 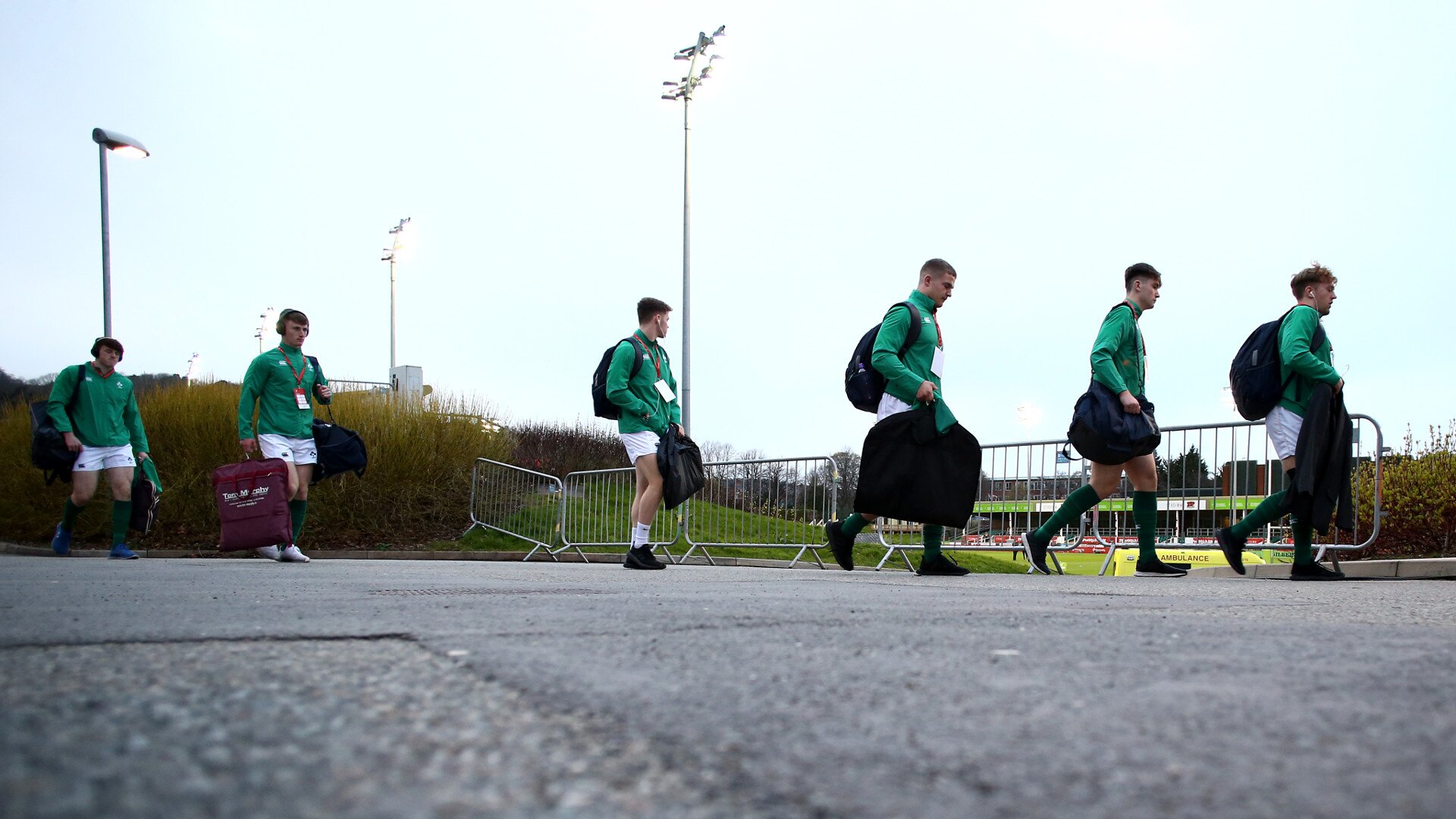 Ireland U20s arrive in Colwyn Bay before their match Wales

It’s undeniable that Munster have leant heavily on imported players under Rassie Erasmus and now Johann van Graan, but that has been as much to do with the pathway in the province not producing at a rate to keep Munster at the top of the Guinness PRO14, as it has been blocking the pathway for emerging players. It’s been a vicious circle of having to balance recruitment in order to stay competitive with the best sides in Europe, but then having limited opportunities for a number of the homegrown players to stake their claims.

Dan Goggin and Darren Sweetnam, both rising to prominence over the last few years, but it certainly hasn’t matched up favourably with Leinster’s prolific production line of late, albeit boasting a player pool at the school level that struggles to match up with the one enjoyed by the Dublin-based side.

This class, however, has taken promising strides over the last seven weeks and done as much as they can to show that van Graan can put the chequebook down and trust in some of his emerging players being capable of stepping up and challenging for spots in the senior squad.

Hodnett lacks a little of the bulk that CJ Stander offers, but otherwise there are a number of similarities between the two back rowers. They both stand at just over six foot, which is short for the position, they win as ball-carriers in heavy traffic through their footwork and leg drives and they clearly both relish the physical element of the game.

He’s a player that could be called a ‘tweener’ at the senior level, without the height traditionally required to excel in the loose forwards outside of openside, but in Stander he has the perfect role model to learn from and develop alongside if he wants to be a consistent performer at the highest level. 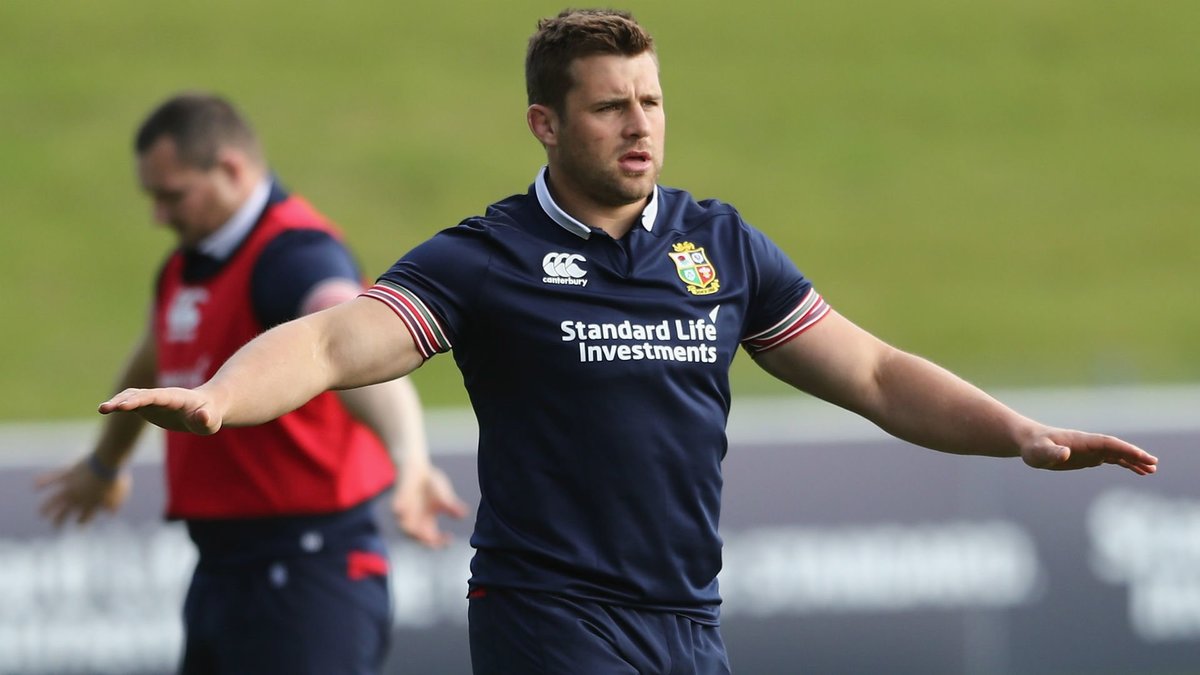 CJ Stander training with the British and Irish Lions

In scrum-half Casey, there is another excellent opportunity to learn from an established player, with Conor Murray having set the standards at the position in the northern hemisphere over the last few years. Casey is sharp around the fringes and can pass accurately off both hands, and Murray’s tutelage should help him hone his box-kicking, as well as the depth and range of his passing, particularly in scenarios on or close to the try line.

Casey is a smaller nine and that could be a concern moving forward, but his speed and reading of the game certainly set him apart and give him plenty of reason to be confident about his prospects. If you need an example of a similar type of scrum-half succeeding in recent years, look no further than Harry Randall at Bristol Bears, who even received a namecheck from England head coach Eddie Jones recently.

Wycherley follows in the footsteps of his older brother Fineen, who has been making the breakthrough this season as a second row or blindside option for van Graan, and his younger brother lacks none of the physicality required to succeed in the tight five. The loosehead was one of Ireland’s go-to carriers during the Six Nations and whilst patience will be a virtue for the forward given the demands of his position at the senior level, he has all the hallmarks of being a strong provincial prop moving forward.

A fly-half at club level, Flannery took to the 15 position with aplomb for Ireland and it might be there that he has the greatest potential for Munster. Fly-halves playing full-back at U20 level is rife among New Zealand, England and South Africa, and Ireland certainly enjoyed similar benefits with Flannery. He controlled field position with a strong kicking game, but also sparked plenty of productive counter-attacks and was a constant threat to unleash support runners after his own breaks.

His future could still be at 10, but Munster already have Bill Johnston at the position, as well as Healy, who stepped in admirably for Byrne during the Six Nations. Johnston showed a lot of promise at U20 level, but there would have been concern at the two shoulder injuries he sustained in fairly innocuous tackles on age-grade carriers. If he has put his injury troubles behind him, his reading of the game and intuitive attacking play should have him in the box seat for opportunities at fly-half, with Flannery capable of developing into a very adept full-back, thus maximising the talent at the province’s disposal.

That is the key for Munster, maximising what they have at their disposal. They will never boast the same riches as Leinster do, purely down to the population and school system in and around Dublin. It’s a case of taking what you have and improving it. Use those chips on the shoulders of your emerging players to drive them in their formative years and attempt at least to seek parity, pound-for-pound, with local rivals Leinster.

French, Wren, Masters and Scannell, the younger brother of Rory and Niall, should all get further chances to add to their stock this summer in Argentina at the World Rugby U20 Championship, where Ireland go head-to-head with England, Australia and Italy in pool play. As for Kelly, the second row has another year of eligibility in 2020, so any opportunities that do come his way this year will be seen as a bonus.

If Munster can transition five or six of these players into being significant senior contributors in the next couple of seasons and begin to tap into their extensive potential, they will have gone a long way towards showing that, once again, it’s not just the pathway in Dublin that needs to be watched closely in Ireland.

Watch: Joe Schmidt expects Ireland to be back on top form at the Rugby World Cup