END_OF_DOCUMENT_TOKEN_TO_BE_REPLACED

Bulls hint they have a replacement for Trevor Nyakane incoming

Jake White: 'A lot of guys want to come to the Bulls'

Jake White closing in on another former Springbok?

END_OF_DOCUMENT_TOKEN_TO_BE_REPLACED

'That is not the game': Ex-Bok coach De Villiers calls out Erasmus' one-sided approach
B
Bob 36 minutes ago

*From Peter De Villiers' Wikipedia page:* De Villiers was hired by Zimbabwe on a two-year contract in February 2018 for a reported R115 000 per month salary, with the aim of getting the country back to the Rugby World Cup for the first time since 1991. Not only did Zimbabwe fail to make the 2019 World Cup, they were nearly relegated from Africa's top-tier competition, and De Villiers was fired in May 2019

The dominant pack and the educated boot of Morné Steyn are getting plenty of accolades. Fleet-footed backs like Travis Ismaiel, Stedman Gans, Cornal Hendricks and Kurt-Lee Arendse are also getting their share of réclame. However, retired World Cup-winning Springbok Fourie du Preez has made a significant contribution to the Bulls’ rise to the top of the South African domestic totem pole – writes Jan de Koning.

The Bulls are sitting pretty at the top of the Super Rugby Unlocked standings after four rounds – a position cemented by their 39-6 demolition of the star-studded Stormers team at the weekend.

Their most serious challenge appears to be from the Cheetahs – the one team that has beaten the Jake White-coached Bulls this season.

White acknowledged the influence of Du Preez, widely acknowledged to have been the world’s premier scrumhalf for the better part of his 11-year career.

That relationship has spilt over into the improved form of the Bulls’ two current Bok scrumhalves – Ivan van Zyl and Embrose Papier.

Van Zyl, 25, played the last of his six Tests against Wales in Cardiff in November 2018.

Papier, 23, has one Test more – but his last appearance in the Green and Gold was in the same Test against Wales in 2018.

Papier started in the No.9 jersey that day and Van Zyl played off the bench.

The work done by the legend that is Du Preez could see the Bulls duo challenge for inclusion in a Bok squad in the not too distant future. “All we do is let him train with Fourie Du Preez once a week,” Bulls Director of Rugby and coach Jake White told a post-match media briefing after his team’s impressive win at the weekend.

“You can see the impact Fourie du Preez has in helping the scrumhalves.

“We didn’t get to see Embrose today [Saturday], but I can tell you it is the little things and the detail that Fourie du Preez helps them with.

“The confidence they gain when you get a guy like him to come in and help them with their technical stuff and the understanding of the game.

“They are getting a feel for what their roles are. You can never underestimate what sort of knowledge or intellectual property they are getting from a guy like Fourie du Preez.”

White also had plenty of praise for veteran Bok flyhalf Morné Steyn, who at the age of 36, is handing out rugby lessons to the youngsters in real-time. 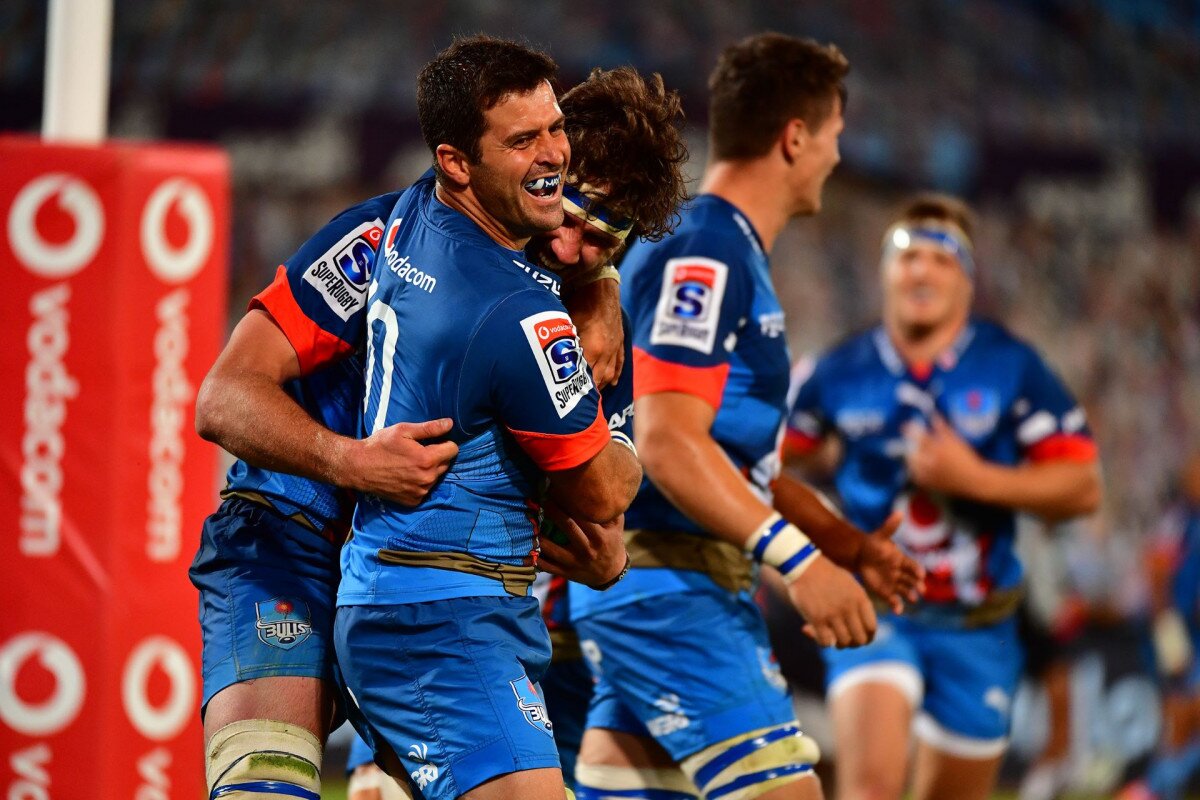 “I watched him play when he was at Stade Francais – and I was coaching at Montpelier – and he was still winning games there,” White said of Steyn’s masterclass in flyhalf play at the weekend.

“He was still winning Man of the Match awards,” White said of Steyn’s seven-year stint in France – which only came to an end this year when he returned to Pretoria.

“When he was there Stade Francais won the league [in 2015], when he was one of the most important players for them as well.”

“They are the role models.

“The kind of performances they’re giving is making it so much easier for the coaching staff to get those juniors to play like that, because when they play like it rubs off on all the junior players.”

Join Free
ADVERTISEMENT
TRENDING
TRENDING Gareth Thomas: 'This game means everything. We have to leave it all out there.'