From the fringes to centre stage, the South African import now crucial to Ireland's Six Nations

Italians change two for Wales Next
Back
Internationals

From the fringes to centre stage, the South African import now crucial to Ireland's Six Nations

Quinn Roux could never have imagined a few short weeks ago that he would be preparing this Saturday for the biggest game of his career – his first ever Six Nations start at the age of 28.

He was unceremoniously surplus to requirement on January 16 when Joe Schmidt announced the 38-strong squad for Ireland’s Six Nations title defence. Tadhg Beirne, Ultan Dillane, Iain Henderson, James Ryan and Devin Toner were the five second rows chosen ahead of him.

However, instead of being involved in Connacht’s PRO14 game at Cardiff the following week, Roux found himself hurriedly re-routed to the Algarve for national squad training after Beirne and Henderson pulled up lame in Champions Cup action.

That sudden promotion was good enough to earn a spot on the bench for last week’s championship opener against England, and the breaks have kept on coming.

With Toner the latest lock to hobble into casualty, Roux has been selected as one of five changes to start against Scotland on Saturday, 24 days after Schmidt publicly left him high and dry with his original squad choice. It’s a massive step up for the South African, whose previous Six Nations exposure amounts to 69 minutes’ action across three appearances as a replacement.

His elevation will also highlight to the millions of Test match viewers around the globe how the Six Nations really is a league of multiple nations featuring players hailing from far-off places far beyond the borders of the six participating countries.

It’s a debate that annoys Schmidt – what makes an Irishman? Ever since South African Richardt Strauss became the first foreigner to play for Ireland in 2012 under World Rugby’s three-year residency rule, the IRFU’s project player policy has been in the spotlight.

Some feel allowing foreigners qualify for Ireland simply by living in the country for 36 months devalues the green jersey. Others believe it positively puts an onus on indigenous players to up their standards and fight harder for Test team inclusion ahead of the imports.

Schmidt is very much in the latter category and while there will be bemusement from some critics that Roux is a name that doesn’t sound very Irish, the coach will have had no qualms solving a second row emergency by including the South African from Pretoria whom he initially signed for Leinster in 2012. 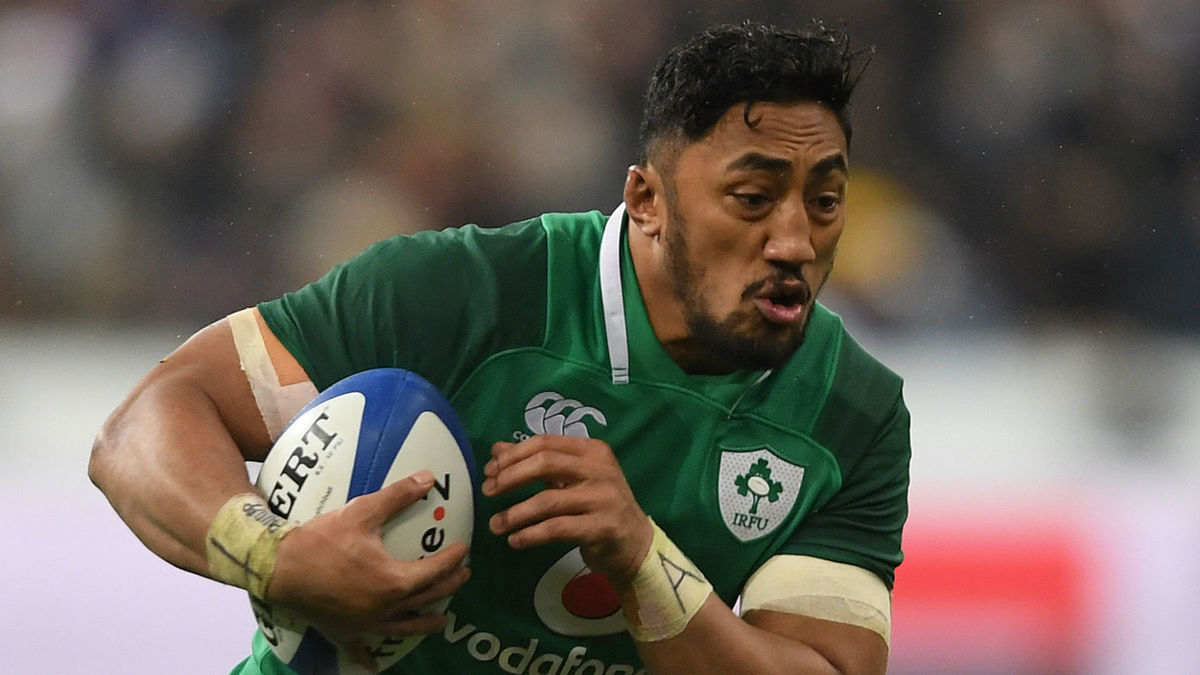 It was 15 months ago when Schmidt stuck his neck out in defence of his selection of Bundee Aki, his fellow New Zealander who had at the time just qualified for Ireland under World Rugby’s residency rule. He has since gone on to start 13 of his adopted country’s last 16 matches.

“I walk the streets, I meet people. People are incredibly supportive,” insisted Schmidt when asked if the section of non-indigenous Irish players was an emotive topic among rugby fans. “If that was the case we wouldn’t have sold out matches.

“The foreign player makes up seven per cent of our selections in the last four years. When you put it into context, people like to focus on a very small margin and make that into a lot bigger than it is.

“But so far, the players who have qualified to play for Ireland make up around about six or seven per cent of the players that we have selected over the last four years, so I don’t really see it as something as emotional or contentious as some people would build it up to be but then I don’t have access to everybody.

“I don’t think I have seen someone invest more in the local community than some of the people who have qualified to play. It may become a moot point with the change (at the end of 2020) to five years to qualify to play for another country.”

Roux’s importance to Ireland at Murrayfield as they attempt to get their wounded Six Nations title defence back on track after their loss to England owes much to the player’s own stubbornness not to give up on his Ireland project. 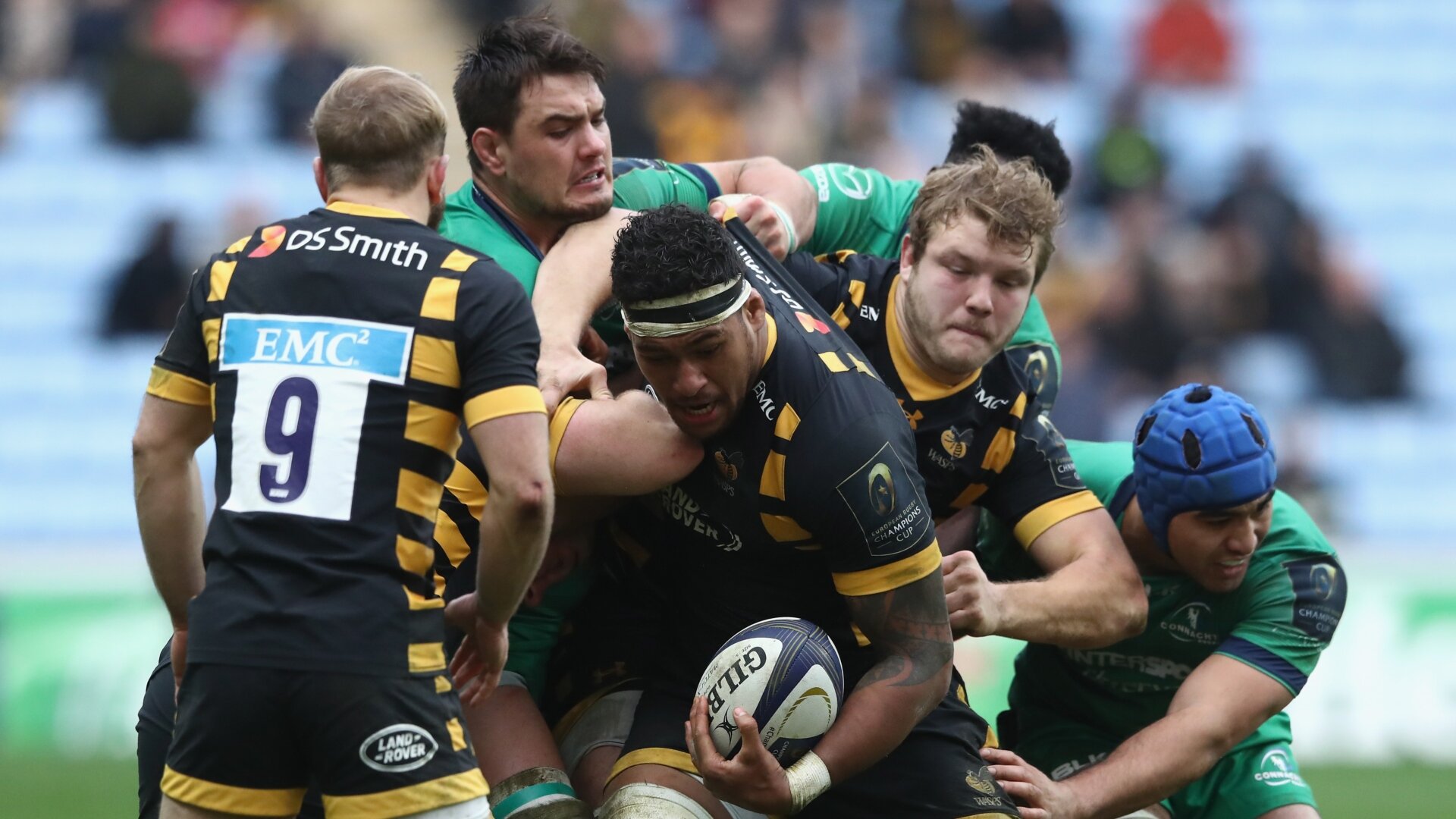 He never really settled at Leinster after Schmidt snapped him up from the Stormers and Western Province nearly seven years ago. He was only a bit-part player in Dublin, continuing to struggle to impress after Schmidt had vacated the role to Matt O’Connor.

In the end, it was Roux’s willingness to go on loan to Pat Lam’s Connacht in 2014 that rescued him from the wilderness. “Lots of players don’t want to leave because they are comfortable in their environment but if you need game time, you need to put the foot down and just go wherever you can and play as much as you can,” he said about a type of short-term switch that was uncommon in Ireland at the time.

He did well enough to eventually secure a permanent contract in Galway and while it hasn’t been all sweetness and light in the west of Ireland – Roux was excluded from their match day squad when the PRO12 title was won in a final against Leinster – he has since managed to fleetingly work his way into the Ireland fold.

Congratulations to Bundee Aki, Quinn Roux & Ultan Dillane who have been named in the Ireland squad for Saturday's #GuinnessSixNations clash with Scotland.

Bundee & Quinn are included in the starting XV while Ultan is among the replacements ??

Now comes his moment of truth. An opportunity to start in a Six Nations match and prove to everyone that his face does fit for his adopted country.

He will need to do much more than he managed during his 23-minute cameo against England, Ireland going from trailing by four points to falling 19 points behind before a late consolation try shaved the final margin to 12.

Roux’s contribution was nothing special. There was involvement in four scrums, four lineouts, a lift for a Peter O’Mahony catch, plenty of ruck policing, the odd breakdown clear-out, three ball-carries for a seven-metre gain, three tackles, but interestingly a smack on the back from Conor Murray aggressively telling him to step out of the way of the ball at a ruck near the Ireland line.

That little vignette suggests Roux is still finding his way at a Test level where his inclusion to face the Scots will mean a scrum rejig for Schmidt’s set-piece.

The South African is an out-and-out tighthead scrummager and he packed down versus the English behind Tadhg Furlong and Andrew Porter for two scrums each, forcing Ryan, who had started in that particular lock role behind the No3, to switch over and scrummage behind the loosehead.

Will that change-over for the start of a match now enhance the set-piece threat posed by the Irish eight? We’ll soon know. What is for certain is that Roux has never had a bigger opportunity to demonstrate he really has what it takes at international level.