'If I told Johnny that he's going into a game to play second fiddle, he'd think I'd gone mad'

Ireland captain Johnny Sexton expects to be fit to lead his country into a new era under head coach Andy Farrell.

Sexton’s participation in the Guinness Six Nations had been in doubt due to a knee injury suffered playing for Leinster in early December.

But the fly-half is “ahead of schedule” in his recovery and should take part in a training session on Thursday in Portugal ahead of the tournament opener on February 1 at home to Scotland.

“Everything’s been going to plan, so hopefully I can take full part in training (on Thursday),” Sexton said.

“If anything a little bit ahead of schedule and if everything goes smoothly over the next few days, I should be fine and available for selection next week.”

The 34-year-old was proud to be selected for the role but accepts it may only be a short-term appointment.

“I think everyone would want to be captain but it’s about someone wanting you to do it,” he said.

“That’s the biggest honour you can be asked to do and it meant a lot that Andy asked me to do it, that he thought I was the one to lead us forward into this campaign.

“It’s obviously a campaign-by-campaign thing at the moment and we’ll see how we go.”

With seemingly positive news on Sexton’s availability, Farrell is now waiting on the fitness of Jordan Larmour.

“We met up (on Tuesday) and had a bit of a walk-through so he was able to partake in that,” Farrell said.

“We’ll have to take it day by day. We don’t think it’s anything too serious but how that’s going to play out in the next few days, we’ll have to wait and see.”

After a difficult 2019 which included a disappointing Six Nations campaign and defeat in the World Cup quarter-finals, Ireland are rebuilding under Farrell.

The 44-year-old has stepped up from defence coach to succeed Joe Schmidt.

Farrell believes patience will be required during the transitional phase but admits results remain of paramount importance and want his squad to hit the ground running.

Asked what he hoped to achieve in the forthcoming tournament, he replied: “Progressing our game, winning – it matters, we won’t shy away from that.

“If I told Johnny that he’s going into a game to play second fiddle and come away with a loss, he’d think I’d gone mad. 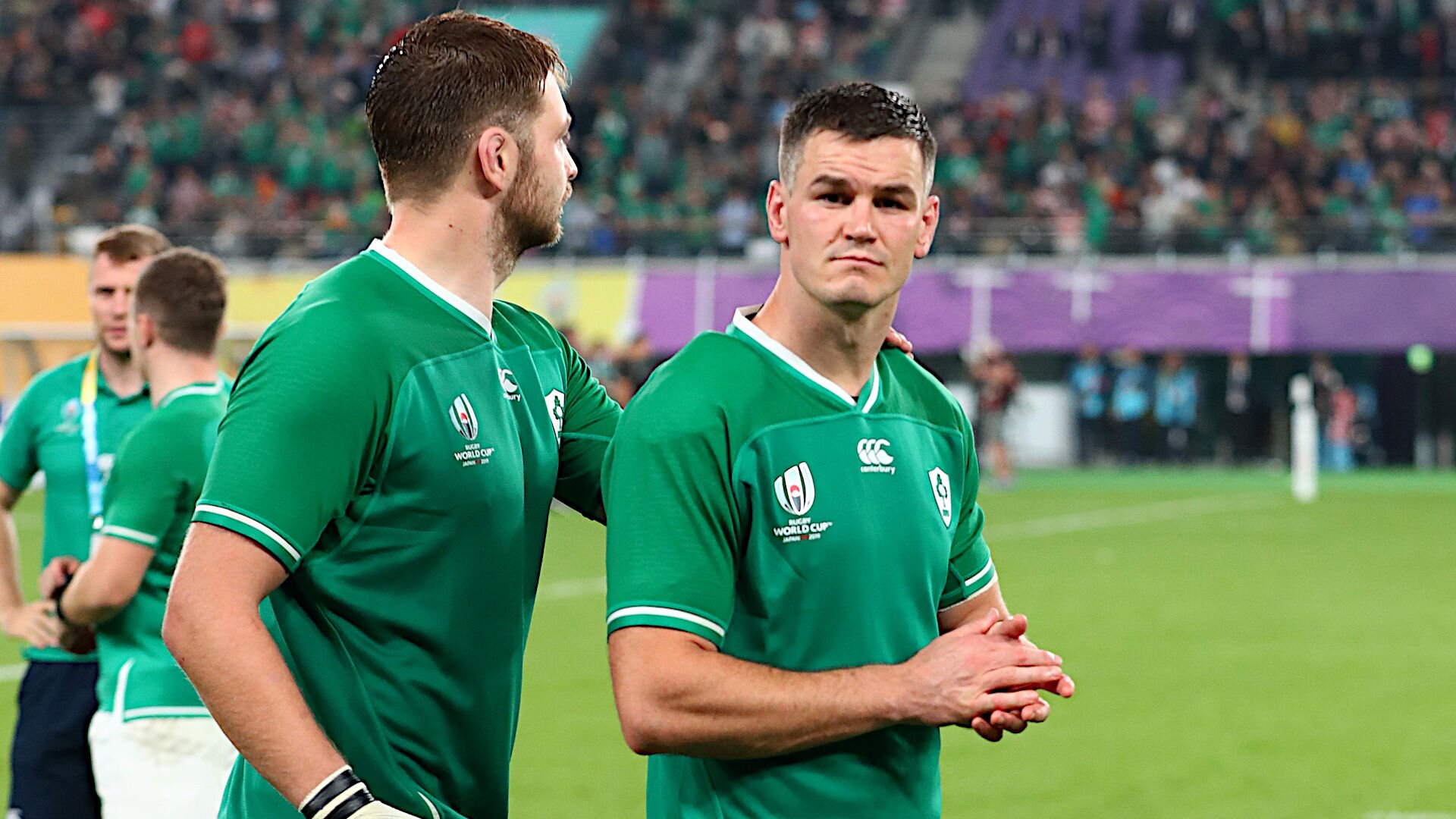 “We want to win but at the same time we want to develop our game and keep on improving.

“Certain aspects will take a little bit of time but at the same time we expect to perform.”

Meanwhile, Farrell feels Eddie Jones can use Saracens’ imminent relegation from the Premiership following of a breach of salary cap rules to galvanise England.

Farrell’s son Owen captains England and is one of seven Sarries players in Jones’ squad for the Six Nations.

“As far as players are concerned, they have a lot of ups and downs to deal with every week,” said the senior Farrell, who will face England on February 23 at Twickenham.

“When you make the change into another environment, I think that’s going to be really refreshing.

“I see Eddie using it to galvanise England a little bit as well.”

“I have not got an opinion because you understand as a parent it is sensitive anyway. There is a lot of questions still to be asked and answered you know so, I don’t think they have got all the facts together yet of what that future looks like.

“I am sure that will come out in the not too distant future. I suppose I will have an opinion then.”

'If I told Johnny that he's going into a game to play second fiddle, he'd think I'd gone mad'

Sexton 'ahead of schedule' Next