Fiji could lose Radradra and Next
Back
Internationals

In the latest of our series looking at the Rugby World Cup squads, we turn our attention to France depth chart, with the enigmatic side placed in a pool alongside England, whose squad we looked at previously.

The cliche around French rugby is that you never know which side will turn up, although over the last few years that has largely gone out of the window, as Les Bleus have struggled to be consistently competitive with the best sides in Europe, with England, Ireland and Wales having all enjoyed stints atop the Six Nations.

Jacques Brunel’s side does not lack for individual ability, however, with plenty of Top 14 stars in its ranks, many of whom have proven their quality time and time again in the European Rugby Champions Cup against the best of their European rivals.

Plenty of those standout club performers feature in the French depth chart below, as well as a handful of players who have already established themselves as difference-makers at the international level.

One of the major strengths of the French side lies up front, where Brunel can not only call on quality, but also quantity, as the set-piece proficiency of the Top 14 shines through. 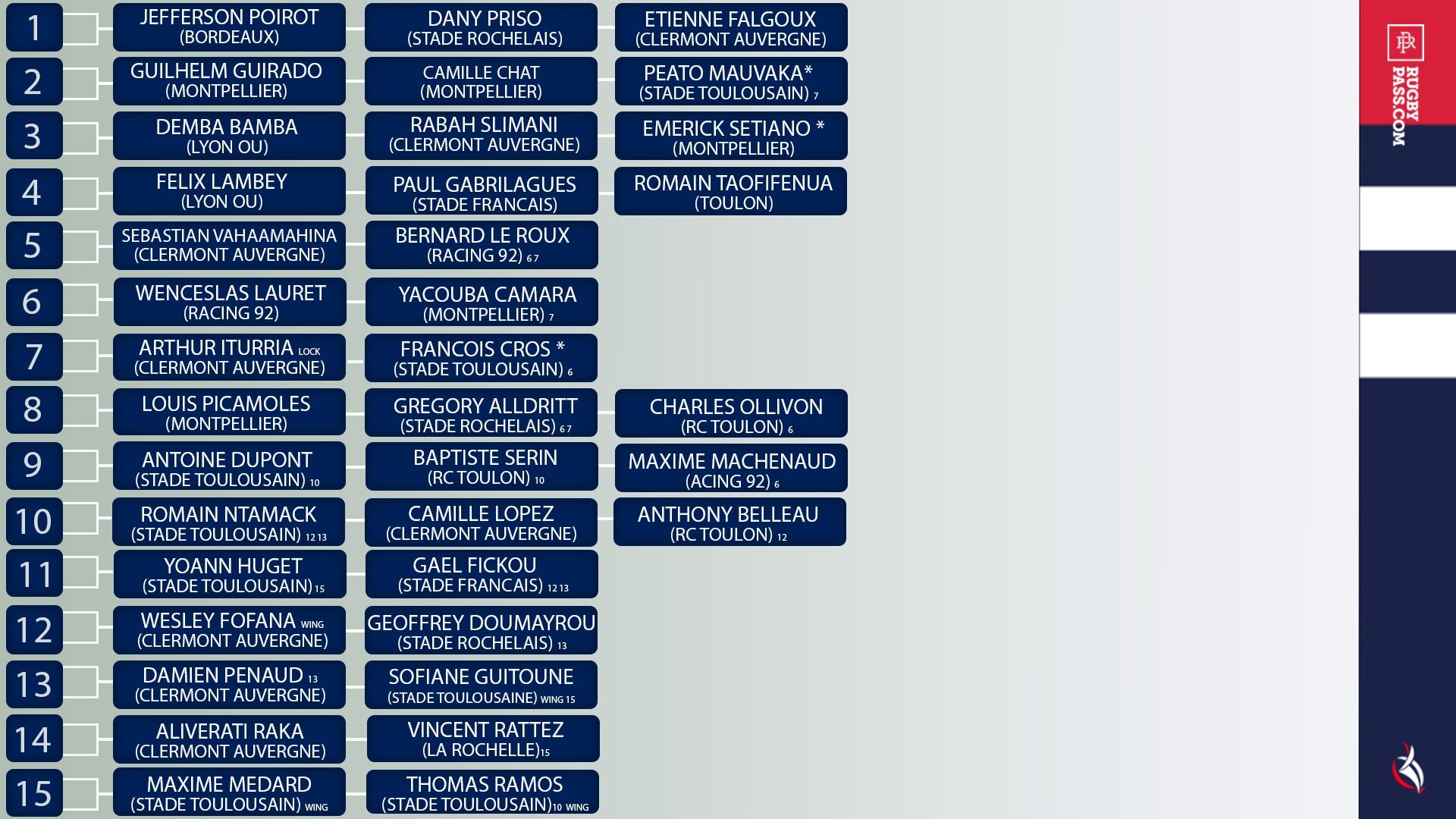 The one-two punch of Jefferson Poirot and Dany Priso is one of the best in the world at loosehead, whilst Guilhem Guirado offers almost unmatched consistency from hooker.

The duo of Demba Bamba and Camille Chat are fast-improving players and the development of Sebastian Vahaamahina and Paul Gabrillagues over the past couple of seasons in the engine room should give hope to French fans.

There was a reshuffle on Wednesday with Romain Taofifenua called up as one of the half-dozen reserves in place of the injured Paul Willemse.

The back row has seen a changing cast in recent years, although Wenceslas Lauret and Arthur Iturria have established themselves as strong options on the flank, with Yacouba Camara and Francois Cros providing decent depth behind them.

Louis Picamoles’ form since moving back to France has ebbed and flowed and this may be his last shot at glory at the international level, although on his day he is still among the very best number eights in the world.

Baptiste Serin and Maxime Machenaud make up arguably the best depth chart of scrum-halves in world rugby, with Antoine Dupont the favoured man as stands, as French rugby’s propensity for churning out talented nines shows up clearly in their senior squad.

Consistency has been harder to find at fly-half, although Romain Ntamack and Anthony Belleau offer enticing potential as they sandwich the veteran Camille Lopez.

In-form Toulouse players Thomas Ramos and Sofiane Guitoune sit just behind the starting options, although Maxime Medard and Yoann Huget do start and provide plenty of experience in an all-Toulouse and Clermont back line.

Wesley Fofana and Alivereti Raka sit ahead of the La Rochelle pair of Geoffrey Doumayrou and Vincent Rattez in their respective positions, as Brunel leans heavily upon the back lines of the more high-tempo and expansive sides in the Top 14.

Watch: Part One of RugbyPass’ documentary looking at the adventures and experiences on offer to fans in Japan later this year.