Wilson backs return of Nakarawa Next
Back
PRO 14

Rory Sutherland, a great, hulking brute of a prop, lay in bed as helpless as an upturned beetle. There he would fester each morning, devoured by anxiety, racked with loathing. He would wait for partner Tammy to feed and clothe their two infant sons before she’d return to the bedroom and help him to the toilet.

Sutherland could barely sit up without Tammy, far less make it to the kitchen or the bathroom or even think about getting out of the house unless she shunted him around the neighbourhood in a wheelchair. It was degrading and humiliating and the whole sorry spectacle repelled him.

“I was literally stuck in the house for three months; couldn’t do a thing,” he says. “Little things like going to the toilet or needing a drink became massive tasks, because there had to be somebody there to help me do them. If I wanted to sit up, I had to roll over onto my side and push myself up with my arm, try not to use my stomach at all.

“I can’t put into words how amazing Tammy was through that time, how hard it must have been for her. My two kids, Mason was four and Hamish had just been born. I’m lying in bed in the morning listening to her getting the kids ready, and I’m literally there waiting for her to come and help me get out of the bed to go to the toilet. It was horrible, absolutely disgusting. I hated it.”

Months earlier, in the spring and summer of 2016, Sutherland had been scrummaging against some of the mightiest specimens in Europe. He won his first caps on tour with Scotland and had helped Edinburgh to a European final the previous season, burnishing his reputation as a bristling, belligerent loose-head with a big future in the Test game.

Then, during a fairly sedate warm-up, he felt an almighty pop. The adductor muscles run from femur to hip and move the legs together and Sutherland had just blown his clean off his pelvis.

“Every specialist I saw said it was very rare that anyone comes back from this, when it’s a bilateral adductor reconstruction,” he says. 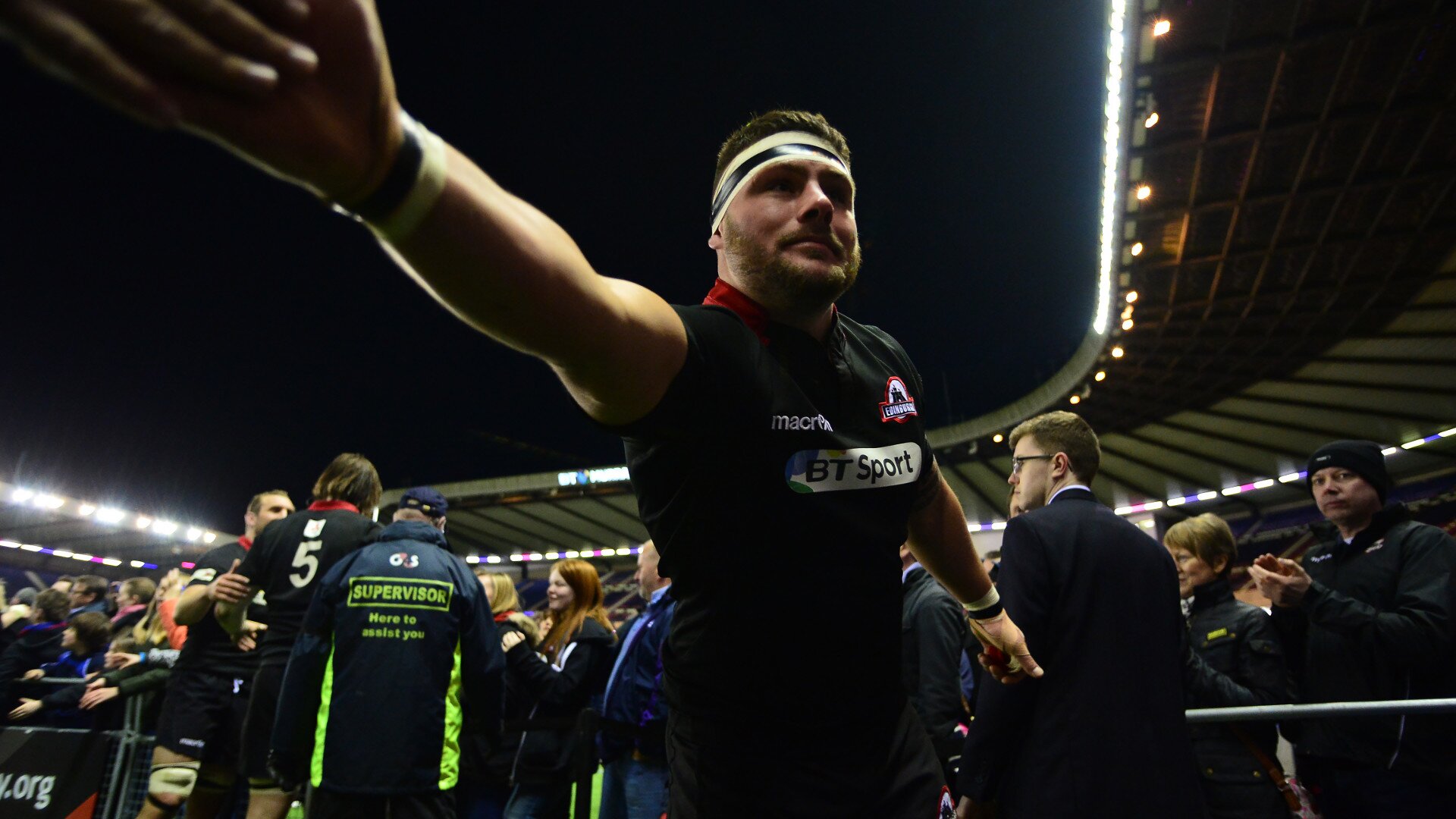 “If a general punter came in off the street and got it done, it’d just be to keep him going, keep him walking. To come back and play professional sport was going to be very hard.”

There’s a degree of self-infliction about this heinous predicament. Throughout his first two seasons as a professional, Sutherland had noticed a dull ache gnawing at his lower abdomen, a pain that grew as the scrums and rucks and carries mounted.

He kept this throb a closely-guarded secret, terrified that coming clean to the medical staff would relinquish his hard-won place in the team and scupper his longing to forge a career in the game, a dream that he had already begun to taste. Like an unpaid tax bill, he brushed it under the carpet and hoped in vain that it would simply vanish.

“I had started playing for Edinburgh and I didn’t want to say anything because I thought, I’m playing, I don’t want it to jeopardise anything. I kept quiet about it and it snowballed.

“Opportunities are so slim, there are so many people in the squad, a person above you, a person chasing you. I knew that was my moment. When your sliding door opens, you’ve got to walk through it.

“I managed it for a long time. I played through it for about a year. And when I had my international caps, that was when it was at its worst.

“I suppose when I look back now, what the f**k was I thinking? The whole thing was my own doing. But do I regret it? Do I f**k. If I hadn’t done what I’d done, maybe I wouldn’t have been as successful and played international rugby. If I had stepped down, someone else might have stepped up and took my place.”

This is the sort of well-founded but perilous worry that led players to conceal concussion for years. It left Sutherland immobile and stripped of his dignity, ordered to move as little as possible after an infection had destroyed the first surgical repair.

Physically, the whole business was torturous. But mentally too, his wellbeing plummeted. He had never thought much about depression or anxiety, but they both hit him harder than any tight-head ever could.

He was unable to focus, to hold a conversation, to find the energy to do anything productive or to rid himself of relentlessly doom-laden thoughts. He couldn’t bear to explain over and over why he was in a wheelchair and what he was going through on his quest to get the hell out of it.

“I would never wish it upon my worst enemy. It’s a feeling of waking up in the morning and thinking something’s wrong when it’s not, over-thinking everything, not being able to focus on things,” he says.

“You think about things you shouldn’t be thinking about. So many things are going through my mind – am I going to be back playing? If I do get back, am I going to be the same player? One of the biggest things was financial, what’s my family going to do if I can’t play again? What would I be able to do to support them?

“Hamish had just been born and with the young kids, that was our lives coming together, we were flying high, everything was going upwards, and then everything just crashed.” 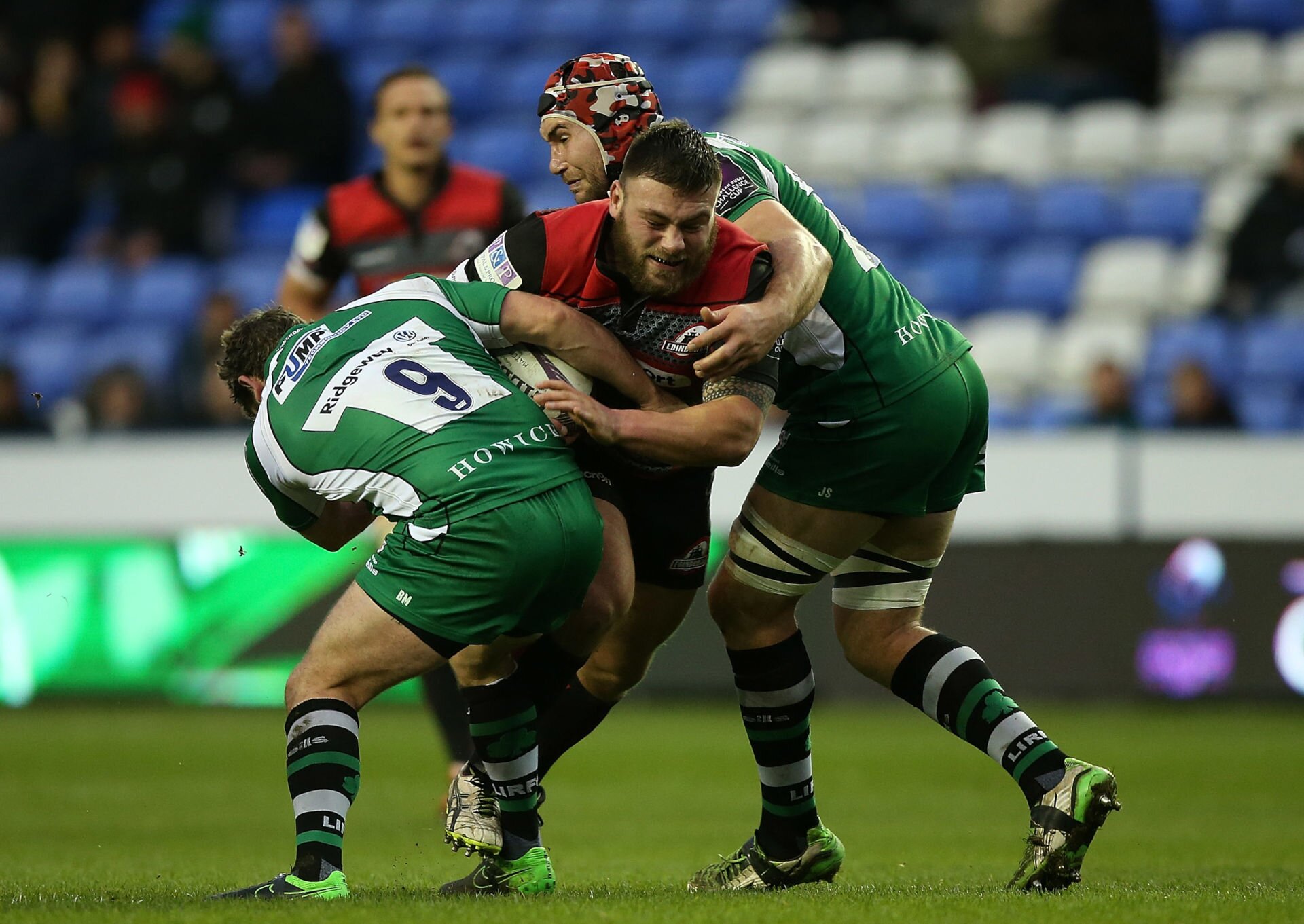 Rory Sutherland is tackled by London Irish defenders in 2015

The All Black knew a little of Sutherland’s journey. The programme was in its infancy and the prop became its “guinea pig”. Every week, Atiga would drive to his house and work on ways to better his mindset, prepare for a potentially devastating enforced retirement, or simply to listen.

“Whenever I needed him, he always came,” Sutherland says. “He’d take my mind off things by doing little things throughout the day.

“Having that reality in the back of my mind that I might not actually be able to play again, and him reassuring me that if it did get to that point, it’s not a case of, what am I going to do? We built up a little CV based on the engineering work I’d done before rugby, a portfolio so I’d be ready to go and try and find a job elsewhere.

“We set little goals for the day… it sounds daft, but I’d never been good at reading, I hated reading books. He had me read ten pages a day. Little wins. Then you can do whatever you want the rest of the day.

“To start with, it might sound stupid, but I actually found it really hard to get myself to do it because I didn’t want to. I was severely depressed, anxious about things; I couldn’t focus my mind on anything. I was up to high doh every day; couldn’t do anything.

“Eventually, as things moved on, I was reading 20-30 pages a night. It was little things like that which got me through the day.”

When he could walk again and gleefully return his wheelchair to the hospital, Sutherland could get back to Murrayfield. Edinburgh’s strength and conditioning staff, he is at pains to stress, were magnificent. They gave him exercises that taught his muscles how to function and re-learn movements they had not performed in an age. Gradually, the loads increased and light loomed at the end of a long, dark tunnel. When he was allowed to embark on a light jog for the first time, Sutherland belted around the track so quickly that conditioner Luke Vella bellowed at him to stop. 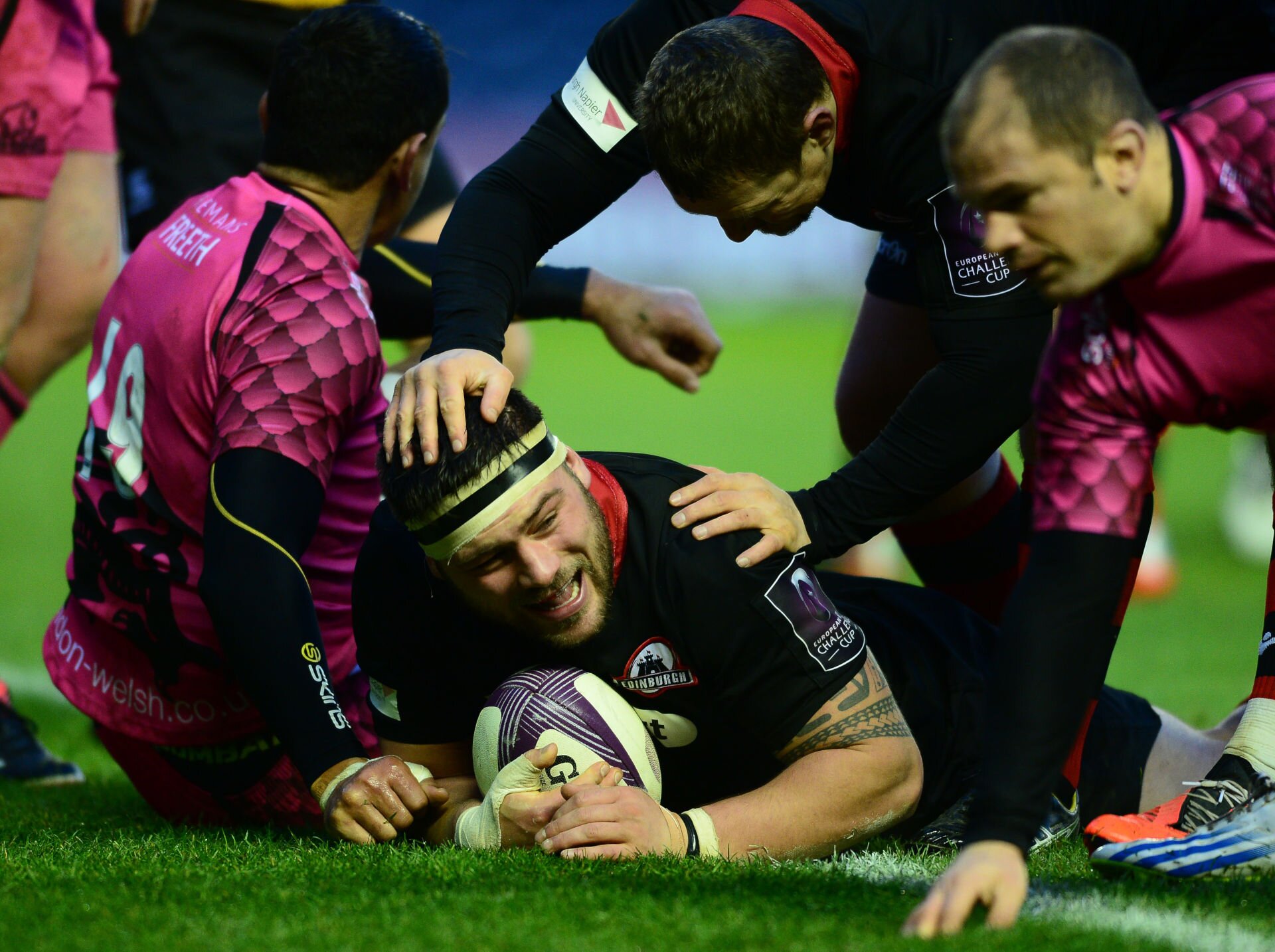 Sutherland scores for Edinburgh in 2014

He became obsessed with nutrition after Richard Cockerill, by then Edinburgh’s head coach, bluntly told him he had gotten a touch too portly and sent him off to play club rugby with Edinburgh Academicals.

Most of all, after 13 desperate months on the sidelines, he stopped being so flippant about his future.
“You never think a serious injury is going to happen to you. Since it’s happened, I’ve started putting a lot of things in place, rugby insurance, career-ending insurance, courses for life after rugby,” he says.

“That’s the big thing that’s changed or me – the mindset that it can actually happen to you. Nobody’s invincible, you have to be smart and think about life after rugby because it is a reality, it will happen someday, whether it happens when you want it to or not.”

At long last, at 27, Sutherland is lean and healthy and playing regular rugby. His abdomen doesn’t hurt unless he strays too far from that stringent diet. Scotland caps are within his reach if he produces his best stuff. Life after rugby no longer terrifies him. He is ready for that day, when it comes.

Mercifully, though, it ought to be some way off yet.