Six Premiership 7s stars that should have breakout XVs careers

Six Premiership 7s stars that should have breakout XVs careers

The 2018/19 Gallagher Premiership season got underway on Friday, as the tournament’s annual sevens event took place at Franklin’s Gardens.

Saracens emerged victorious on Saturday evening, defeating the reigning champions Wasps, 33-12, in the final, with both teams out on their feet after a gruelling couple of days.

The competition might not be the most prestigious around, but it is a valuable opportunity for clubs up and down the country to give youngsters a run out, both accelerating their preseason conditioning and allowing them to put down a marker for involvement with the XVs side in the coming season.

We look at six players who boosted their stock over the two days in Northampton and who will have given their coaches plenty to think about ahead of the season start at the end of August.

Odogwu is becoming a perennial highlight reel in this competition and this year was no different.

His footwork, acceleration and presence of mind to keep the ball in two hands and/or in his non-fending hand all stood out over the two days. He made a couple of excellent cover tackles, too, and all these attributes should translate to XVs.

The arrival of Chris Ashton, who joins Denny Solomona and Marland Yarde at the AJ Bell, doesn’t help Odogwu’s search for playing time, nor does Arron Reed’s emergence, but his attacking potential is clear. His low centre of gravity and shorter stature certainly help him win penalties from high tackles, too. 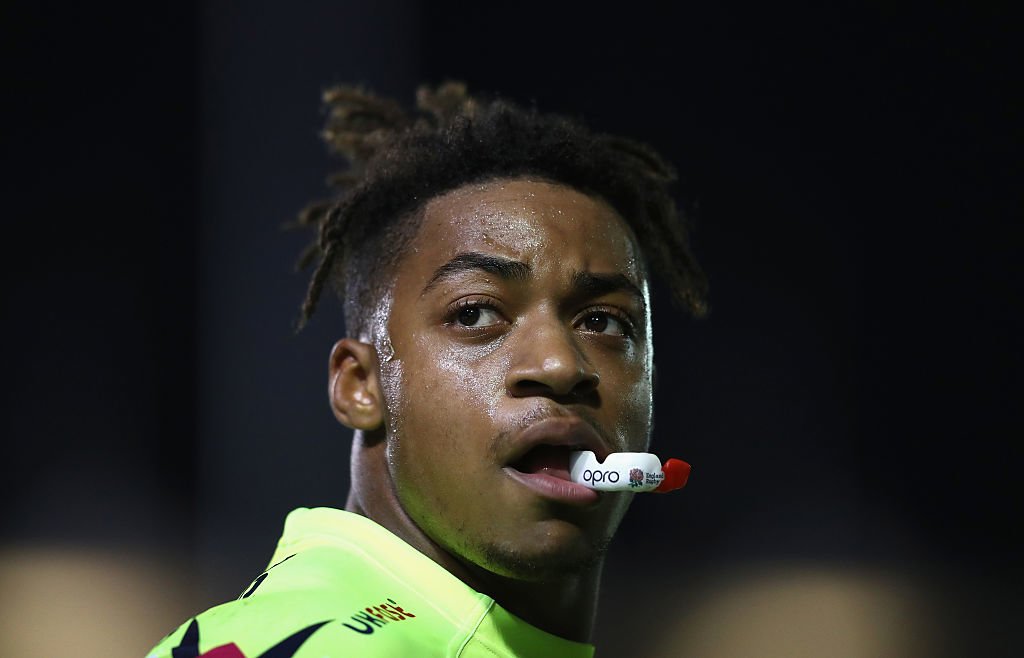 There should be no surprise that an England 7s international like Sirker shone at a tournament with a majority of XVs players.

His short-area quickness, however, was all but uncontainable at the Gardens and the Wasps coaches will have an appreciation for the impact that can have in XVs, with the likes of Christian Wade and Elliot Daly regularly prospering in that area.

At just 20 years of age and having been part of the club’s academy before transitioning into sevens, Sirker is a player the club will presumably be keen to invest time and patience in. Daly is a certainty to be away with England during international windows, but the competition will still be stiff out wide, with Marcus Watson, Ambrose Curtis and Josh Bassett in the mix for Wasps.

Tim Cardall, a new arrival from Nottingham, impressed with his ball carrying and support running, too.

A former Junior World Championship winner, Conlon has gone under the radar somewhat since his move to Saracens in 2016.

The Premiership 7s was a timely reminder of the physicality the back-rower brings to the mix, as well as the speed to turn broken tackles into big gains. His support running was impressive, too, and despite being one of the bigger frames in the competition, he was regularly on the shoulder of the fleeter Saracens players.

With Billy Vunipola, Nick Isiekwe and Maro Itoje involved with England, Michael Rhodes now also eligible for selection by Eddie Jones and Schalk Burger in the twilight of his career, opportunities should be there for Conlon this season.

Reuben Bird-Tulloch and Rotimi Segun both looked ready for more involvement with the senior Saracens side, too.

It was far from a successful tournament for Leicester in terms of results, but Aspland-Robinson looked lively coming off the back of an ACL injury.

Not, historically, the career-killer it can be in the NFL or NBA, where the speed of the game is that echelon higher, the development of rugby from a game of yards to a game of inches is beginning to change that. Fortunately for Aspland-Robinson, a player who relies on his pace, footwork and ability to change direction at speed, it looks as if he has lost none of his potency during his lay-off.

He ran plenty of nice lines on Friday and Saturday, had the acceleration and power to exploit holes and inside shoulders and showed good awareness of his support runners with some decent offloads. There’s a spot in the back three with Jonny May and Telusa Veainu up for grabs.

After a difficult few seasons with injuries and off-field issues, 2018/19 could be the season that Kibirige announces himself emphatically to senior rugby.

His top speed, elusiveness in congested areas and ability to pull off steps and swerves without any loss of momentum all stood out at Franklin’s Gardens. The power he had at U20 level also seems to be translating well to the seniors.

Both Vereniki Goneva and Sinoti Sinoti are in the twilights of their careers, so a good showing in the sevens may have been enough to push Kibirige to the front of the queue to deputise for the pair and ultimately succeed them in the coming seasons.

Fellow wing Adam Radwan also stood out, as did the ball-carrying ability of back-rower Simon Uzokwe.

Arguably the player of the tournament on Friday, Waters was bordering on unstoppable in the opening evening, when he registered hat-tricks in both of his games.

The reliability and consistency of Danny Care at Harlequins has helped hide the fact the club’s scrum-half depth has been relatively thin in the last few years. If this is the moment Waters’ confidence builds and he kicks on, capable of providing competition to those in the regular senior 23, then that bodes well for Quins moving forward.

Like Sirker, Waters’ patience and ability to spot a gap showed up across the two days and he has the afterburners to make the most of both. As a like-for-like deputy for Care, Quins could do a lot worse.

Two U18s, Lennox Anyanwu and Femi Sofolarin, were among the more impressive performers over Quins’ four games, too, promising a bright future in TW2.