US sharpshooter MacGinty rates England's rising No.10s and picks his heir to the flyhalf throne

USA Eagles outside half AJ MacGinty is enjoying an outstanding season with Sale Sharks and is uniquely qualified to run the rule over the No10s Eddie Jones could be selecting rather than sticking with George Ford and Owen Farrell to pull the tactical strings for England against Italy tomorrow.

MacGinty has become integral to Sale’s title challenge with Alex Sanderson’s side at home to struggling Bath tonight at the AJ Bell Stadium where revenge is the main motivation after the West Country team recorded a crucial away win last season that allowed them to claim a play-off spot ahead of the Sharks.

As he completed his preparations for tonight’s clash MacGinty gave RugbyPass his verdict on the outside half talent that Jones could be using to kick start England’s stalled attacking play that was exposed in the 11-6 defeat by Scotland at Twickenham.

Top of MacGinty’s list of candidates is Harlequins Marcus Smith who has signed a long-term deal to keep him at the Twickenham Stoop and available for England. Having initially interested Jones, Smith has seen his stock slide with Wasps Jacob Umaga now installed as the No10 option in the England shadow squad along with club mate Charlies Atkinson who is just 19-year-old and is being given the chance to experience working with Jones The shadow squad is following the same COVID protocols as the Six Nations players.

MacGinty said: “There are some extremely talented players that bring something different to England and Farrell and Ford have been on the big stage for a long time and are very consistent performers. In the Premiership, Marcus Smith is a class act and so deadly with the ball having great footwork and skills set. He is the sort of guy you can build a team around and he wants to be knocking on the door for that England spot. He creates a lot of opportunities for those around him and when it comes to his goal kicking he has also been brilliant at that aspect. For a young guy he has a really bright future.

“You would also have to mention Joe Simmonds at Exeter with they way he runs the shape of their attack. He does it all and has a great passing game and while they don’t kick as much it is something he is excellent at. The kicking is game is something England use to put you under pressure because of the strength of defences and if you attack from anywhere then the defence can cripple you.

“Then at Wasps you have Jacob Umaga and also Charlie Atkinson who is only 19 and played well against us and is very talented. When I was 19-years-old there was no way you could have put me in a Premiership team because I wouldn’t have had the physicality for it at all.“

MacGinty believes that having got England into a World Cup final – where they lost to South Africa in 2019 – Jones is comfortable backing the Ford and Farrell axis at 10-12. “ George Ford is a class act and Owen Farrell has led the most dominant team in the Northern Hemisphere and it is going to take a lot to push those guys off the top,” added MacGinty. 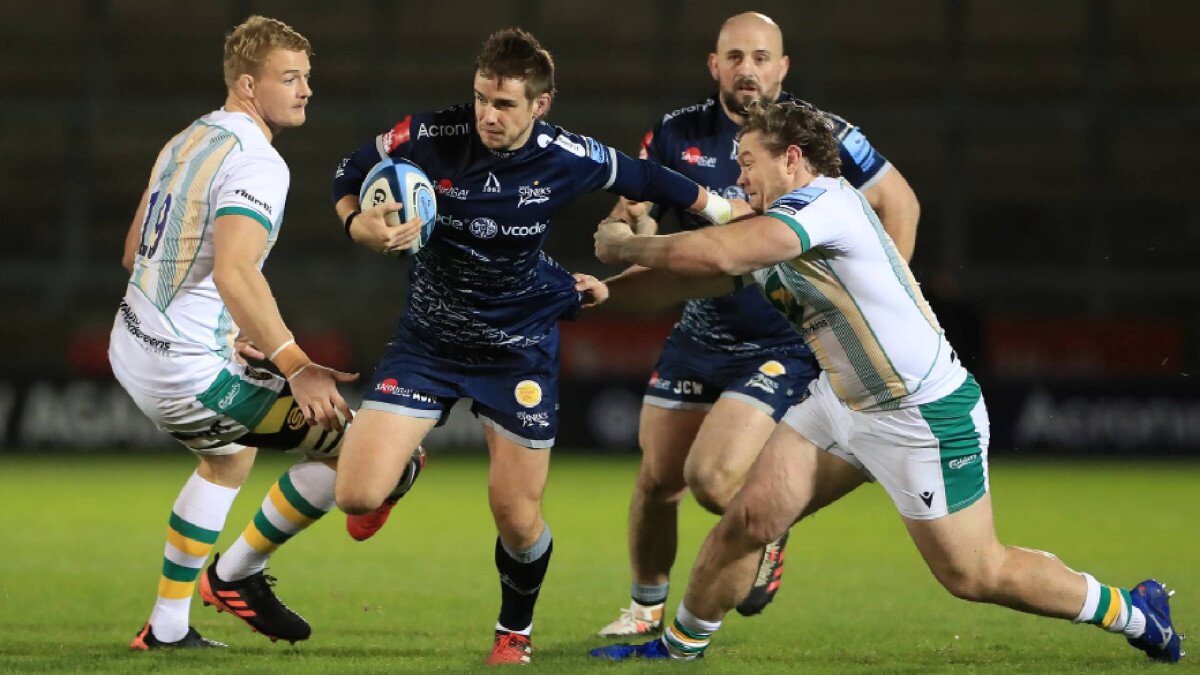 “You have to earn the right to challenge those guys and Marcus Smith has aspirations to play for England and you need to be playing in the Premiership to do that and his new deal with Harlequins is important. He did get into the England camp but hasn’t been in recently and so he has had to deal with the disappointment of knowing Jones is looking at someone else at the moment.

“Marcus has still performed really well and put his hand up ( for selection) and that is what you need because nothing is going to come easy and you will be a better player for it.”

US sharpshooter MacGinty rates England's rising No.10s and picks his heir to the flyhalf throne