When Olujare Oguntibeju played his first game of rugby, only around 18 months ago, he was so perplexed at stealing an opposition line-out that he promptly gave the ball back.

This is the astonishing story of a Scottish-qualified, 6ft 8ins teenager lumbering around the paddocks of South Africa; a Nigerian kid taller than Eben Etzebeth and only a couple of kilograms lighter who took up the game so recently but has clubs across England clamouring to sign him.

The hulking lock might have wound up playing football or basketball were it not for his faith, but has long had his heart set on returning to Edinburgh, where he spent a dozen of his formative years. And after much deliberation he has the chance he craves – a trial with the Scottish club that will begin with a mandatory two-week quarantine upon arriving from Cape Town later this month.

Oguntibeju turned down offers from several of England’s premier teams to throw himself into training with Richard Cockerill and his Pro14 title-chasers. Scottish Rugby has suspended player recruitment as the coronavirus pandemic rages, but there is hope that a contract for the 18-year-old could emerge if he impresses sufficiently.

“I lived in Pilton in Edinburgh with my family from the age of two to 14,” Oguntibeju tells RugbyPass. “My mother tells me stories of how when I was young, I used to tell everyone I was a white kid, because there were not very many black kids in my class and I would get offended when people would call me black. But eventually, I got used to it and I didn’t see myself differently from anyone else, especially when I went to St Augustine’s High School, which was very diverse.

“I have friends there; my older brother is still in Edinburgh. I have a lot of, not actual aunties and uncles, but I see them that way, a lot of friends there that I keep in touch with.”

Having spent so long in Scotland at such a young age, Oguntibeju is Scottish-qualified – Edinburgh’s staff have confirmed as much with World Rugby. He also has a British passport and hopes to enrol in one of the city’s universities, who have fostered fruitful links with the club. Quiet, studious and devout, you get the sense he rushes into nothing. Certainly, there have been firmer offers put to him, but Edinburgh has always been his top pick.

“My parents want me to go to an environment I’m familiar with and know people,” he says. “They want to be conscious that I won’t be lonely and I’m familiar with Edinburgh, it’s my home town. I visited there in February for a few weeks – it’s changed quite a bit, I had to keep Googling to go everywhere, but I’m still familiar with the place.

“My mum is a nurse and my father is a professor – they are both highly educated. Everyone in my family must at least get a degree, so as long as I get a degree and don’t drop out of school, they will be happy. I always wanted to do law, but I am also considering physiotherapy, which would give me the opportunity to stay involved in sport after I stop playing.”

This whole business has taken off faster than a scalded pigeon. Surreal doesn’t begin to cover it. Oguntibeju did not go to a storied rugby school, but his coach, Charl Jacbos, could scarcely believe that so immense a specimen had flown under the radar in the meat-market that is South African youth rugby. Jacobs rang up Dane Galley, a prominent agent who represents Scotland centre Huw Jones and World Cup winner Makazole Mapimpi, and offers began to flood in. The genesis, though, was decidedly inauspicious.

“In my first game against PW Botha College in George, they threw it over their jumper and I didn’t know I could catch it in the line-out, so I gave it back!” Oguntibeju laughs. “They had a guy my height, but much bigger than me. Everyone was saying: ‘that’s your man, that’s your man!’ That’s the first time I’ve ever been bounced and that’s when it hit me – I must use my power.

“One thing I struggled with at first was that self-preservation, not fully committing to tackling a person, but I know I’m big and they are more afraid of me and I need to use that size to my advantage.

“I had researched rugby and watched a bit, but I had no idea of the laws, I just followed everybody around. It was only mid-season when I started to get the hang of it. 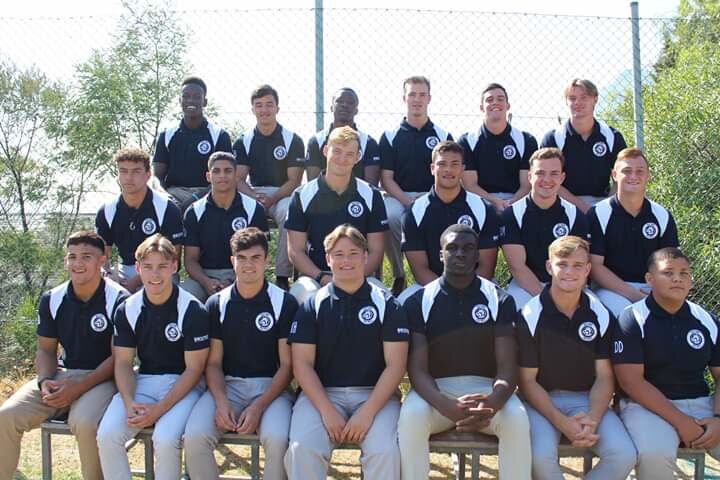 “My coach told me at the start, he took me aside and said he saw potential, and that he said he was going to try to use his contacts to get me to the top – all I had to do was train. I’ve been training ever since, he lived up to his end of the deal, and this has happened.”

There is no doubt that Oguntibeju is still extremely raw. The nuts and bolts of his game, the rucking and mauling and tactical insights, will only come with time and drilling. He must learn to be nasty, to use his natural tools with ruthless aplomb. Dipping his toes in the waters of a professional environment where size intimidates nobody will be an almighty shock. Still, Edinburgh and others have seen enough in his fledgling career to give him a crack.

“I’m really excited about it; I just want to do well and show them what I can do. I’ve just got better and better every game and learnt something every game. I am still learning, I am relatively raw, but with coaching, I just need to practice.

“I’ve always wanted to be an athlete, it didn’t really matter what sport. Football was my sport, I was a football fanatic. I played from the start of primary and it was my main focus all the way until second year in high school. Then I was introduced to basketball before rugby. Sport has always been my passion and I’ve always wanted to make it.” 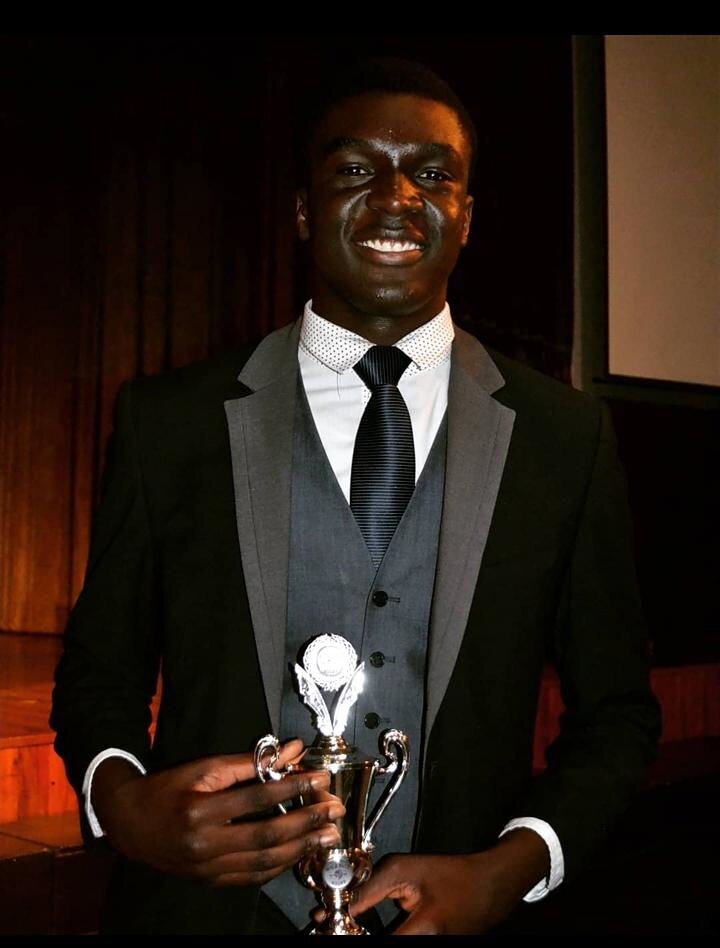 Indeed, the ambitious second-row might have been a gangling centre-half had football not clashed with worship. Spartans, a famous Edinburgh club in the fifth tier of the Scottish game, wanted him to play for their age-grade teams in primary school.

“My mother said no due to the fact that they played on Sundays and I had church, and church is our number-one priority, so I couldn’t join,” Oguntibeju says.

“A basketball club in Edinburgh wanted me to join them as well but I was relocating back to South Africa at that time.”

If Edinburgh do sign him – and it is a big if – he will not be their first capture straight from school in South Africa, with the muscle-bound centre Jordan Venter arriving from Paul Roos in December.

Oguntibeju has practically lived in the gym this past year, adding nearly 30KG of beef to fill out what had been a skinny 90KG frame. Along the way, he had to reassure his mother that protein shakes were not the same as anabolic steroids. He is still bewildered at the speed with which he is being catapulted to Scotland, but yearns to seize the chance put before him.

“I couldn’t believe it,” he says. “If you had asked me last year, I didn’t even really know what rugby was. Now I fell in love with the sport. I’ve always wanted to be an athlete and now I get the opportunity to show what I can do. I just want to show them as much as I can and let them decide whether I have what it takes to make it.”

From Pilton to the Western Cape and back again, the upshot will be fascinating.