Scott Wisemantel has joked that watching Braveheart has illustrated the significance of Saturday’s Calcutta Cup showdown at Twickenham.

England enter the final day of the Guinness Six Nations knowing that if they topple Scotland and Wales’ Grand Slam bid fails against Ireland, they will be crowned champions.

“I’ve watched Braveheart a few times. I read up on the history of the Calcutta Cup and it’s quite interesting,” said assistant coach Wisemantel, referencing the 1995 film in which Mel Gibson plays 13th-century Scottish warrior William Wallace.

“It’s just such a long time it’s been going. It’s more than a rugby game, sometimes. There are historical links for the supporters.”

Wisemantel was appointed attack coach before last summer’s tour to South Africa, adding a new dimension to England’s game, and it is Eddie Jones’ men who have amassed the most tries heading into the final round.

“I’ve never experienced the Six Nations in a coaching capacity, I’ve always been a spectator and it’s special. It’s a great tournament, it really is. It’s brilliant,” the Australian said.

“While you’re in it, you just do your job and do it as well as you can. Afterwards you think about it and you go, ‘Wow, that’s pretty special’.”

Jamie George insists the perception the cross-border rivalry means more to Scotland than England is inaccurate as the rivals prepare to lock horns in the sport’s oldest international game for the 137th time.

Some serious fighting words from Goodey on the pod this week as he thinks England will be looking for some serious revenge against Scotland ?

Safe to say Jim is a little worried… pic.twitter.com/3nkTU6d5Q7

A run of seven successive Red Rose victories in the fixture ended with a 25-13 defeat at Murrayfield last year, but Twickenham has not been stormed since 1983.

“I can only talk for England really and it means a huge amount to us,” Lions and Saracens hooker George said. “Eddie has got into the history of it with us… when the first ever game was. No one actually knew that, which was probably poor from us!

“This game means a huge amount to us. The calibre of the game… England v Scotland is one of the oldest fixtures ever. Often in long tournaments like this you almost want to get to the end and start thinking about getting home. 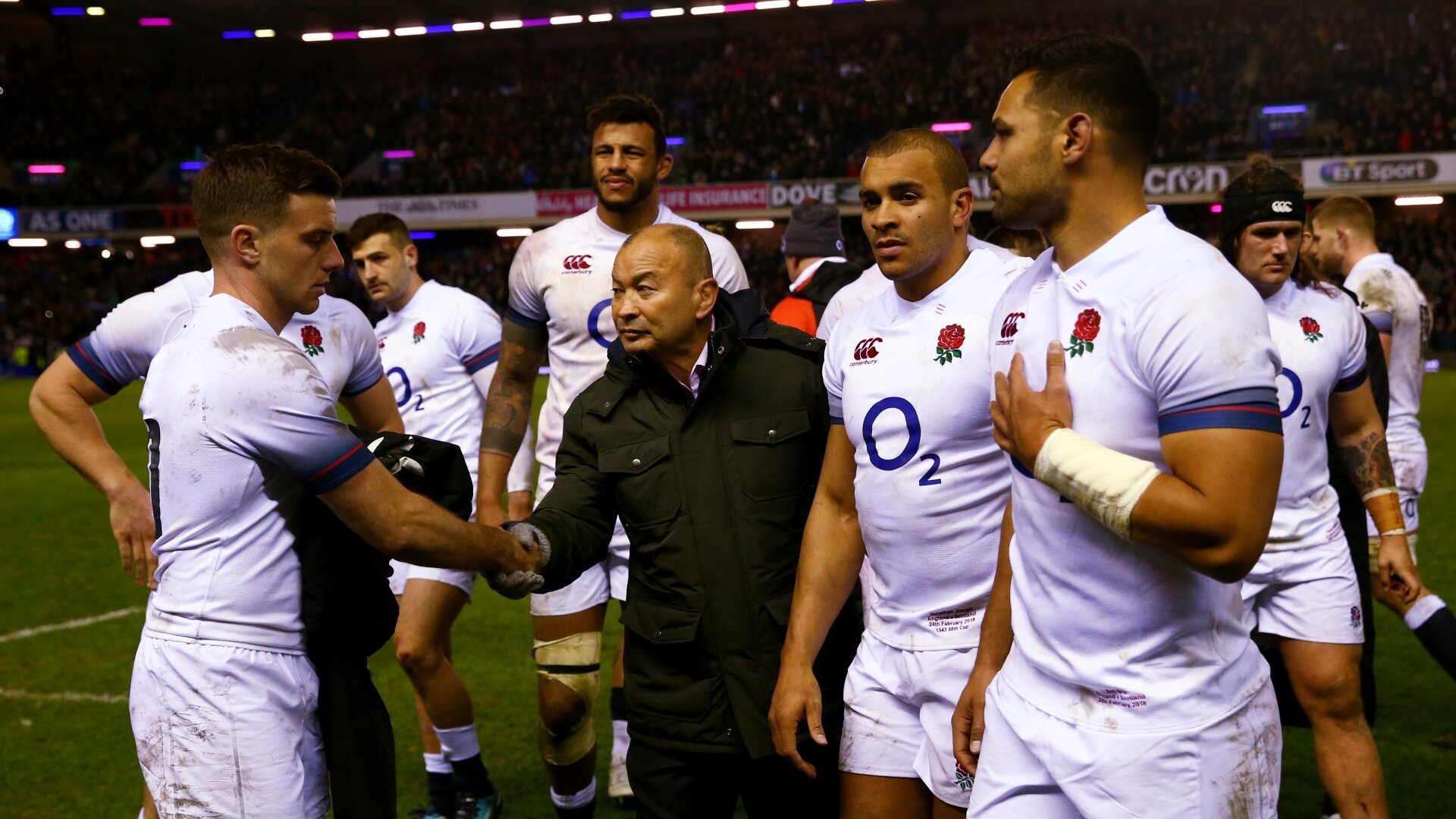 “So our focus this week has been on enjoying the fact this is our last week together and being excited about being back at Twickenham, so we want to make sure we put on a bit of a show for the crowd.”

England launched the Six Nations with stunning victories over Ireland and France only for a poor spell in the second half against Wales to end their own pursuit of the Grand Slam.

“We’d be disappointed if we didn’t win because we set out to win the tournament, as every other team did, but especially after the way we started,” George said.

The team to face England Rugby this Saturday at Twickenham will be announced later today ???????

Here's something to watch whilst you wait… #AsOne #ENGvSCO pic.twitter.com/zP4hbZ8Oxm

“That was a great start, but you can’t afford to perform like we did in that 20 minutes against Wales.

“The nice thing is that we moved on quite quickly from that. You saw against Italy that we’re in a very different head space and we can show how far we’ve come against Scotland.”