Cheetahs gear up to sue Next
Back
Internationals

After a standout performance for Exeter Chiefs in their Heineken Champions Cup semi-final victory over Toulouse, skipper Joe Simmonds has emerged as a realistic rival for one of England’s two coveted flyhalf berths.

Simmonds scored a game-winning try in the 69th minute, breaking the Stade Toulousain defensive line before dummying his way under the posts. The 23-year-old – who was also skipper – converted all his side’s four tries to boot (Simmonds has a 94 per cent goalkicking success rate in the competition to date).

Exeter booked their first-ever place Heineken Champions Cup final, a landmark team achievement, but it was hard to ignore the individual contribution of the Torquay born playmaker.

Many now believe that Simmonds remarkable form will force him into Test contention, and could be the player to finally break the Owen Farrell and George Ford’s hold over the England 10 jersey.

Joe Simmonds for England is surely an obvious move now.

Brilliant performance from Joe Simmonds @joesimmo10 for @ExeterChiefs today. He’s their skipper and has developed into a quality player. Surely he’s piling on the pressure to be in Eddie Jones thoughts and the @EnglandRugby squad?

And just a thought on Joe Simmonds. Captain of England's leading club at 23, playing international-standard rugby and running the show like a seasoned veteran. Some talent.

Is there a bit of Richie Mo’unga in Joe Simmonds’ scurrying from second-receiver? Having that?

If Joe Simmonds doesn’t get an England call up now then it’s clear Eddie Jones hates the Chiefs. #EXEvTOU

Farrell and Ford have maintained a vice-like grip over England’s flyhalf spot since 2014. Although Stephen Myler, Toby Flood, Alex Lozowski and Danny Cipriani have all had varying levels of involvement with England camps over the course of the last decade, since Eddie Jones reign began in 2016, it’s been something of a duopoly.

Meanwhile, Jacob Umaga is developing rapidly at Wasps and has already effectively displaced former All Blacks playmaker Lima Sopoaga to fullback. Umaga appears to be Eddie’s current third choice, but Simmonds’ exposure to the highest level of European club competition could be enough to see him edge ahead of the talented 22-year-old. 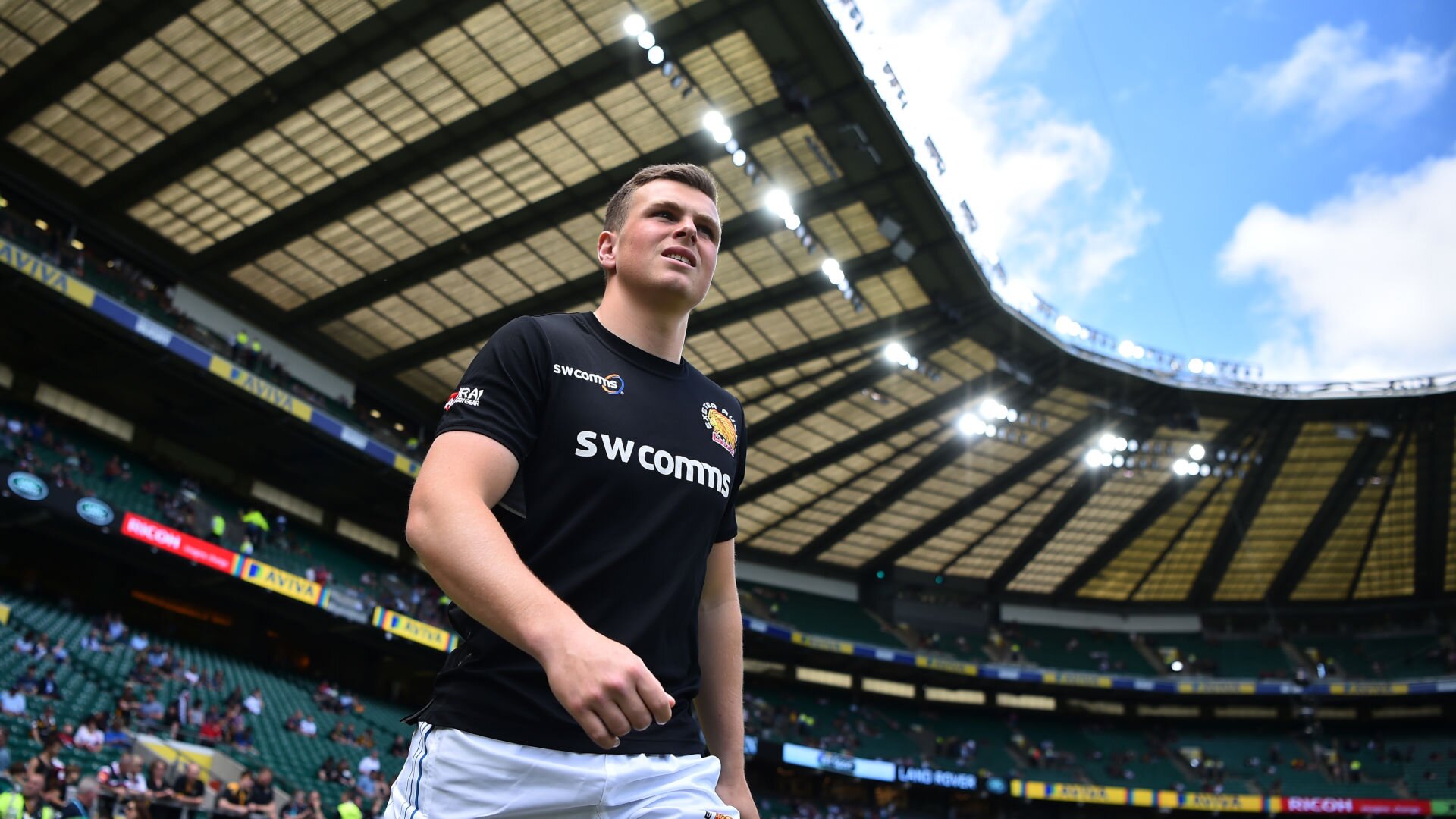 Jones has started one of either Farrell or Ford in all meaningful England Tests, with Farrell more often than not starting at inside centre when Ford is selected at 10. While Farrell’s spot is beyond question, George Ford could be feeling the heat from the Exeter young gun who is clearly now breathing down his neck.

Admittedly, with Leicester Tigers in rebuild mode, Ford doesn’t get the benefit of playing with European rugby’s form teams. Unfairly or not, critics of Ford have long cited alleged defensive frailties as worry when on England duty. Simmonds, who is listed at six foot tall and 87kg enjoys a modest height and weight advantage over Ford, has already earned a reputation a strong defender.

While he has previously used three and even four flyhalves in his playing squads, Jones typically names two. Simmonds, at the very least, is now part of the conversation.