England head coach Eddie Jones has returned fire at his former fullback, Mike Brown, who suggested that no one within England camp was prepared to challenge the Australian.

Brown suggested that England camp was one in which the Jones might not be taken to task about the direction the team are heading and the style of rugby they want to play.

“The challenge is whether England have the nerve to keep that attacking mindset against a side such as Wales. I really hope the players challenge Eddie Jones to make sure they do,” wrote Brown in his Daily Mail column. “I wanted them to win by 50 points and they fell short, so I hope someone has the courage to push back at Eddie and say: ‘Let’s do this!’

Who were the best players in Rd.2 of the Six Nations?

“It seems to me that, for a good while, the players have accepted whatever game plan Eddie puts forward. In that kind of environment, it’s easier to do what he says and keep your head down.”

Brown recounted a story in which he had stood up to Jones, only to be put on the receiving end in short order.

“I’d had one of my best seasons for Quins with really good attacking stats, but Eddie had pigeon-holed me as a defensive full-back. At the end of this meeting, he asked if I had anything I wanted to say. I challenged his comments that I was just a defensive full-back, saying I thought I had been adding value to the attack, with examples and stats from my season, before saying I would take away all of his points and that I would do everything I could to get into the World Cup squad.

Jones asked about Brown’s comments this weekend and he denied the Harlequins take on his coaching style. “How do you know they have not been challenging me? It was a surprising comment by Mike. We have a shared responsibility here. There is a forum for players to speak up,” said Jones.

“It would be hard for me to say we have a dictatorial situation, which is what Mike Brown is alluding to. He is entitled to his opinion.

“Within our team, we have shared responsibility and do not hide away from that. I will give them a direction but ultimately the players decide the direction we go in.”

Brown was dropped by Jones prior the Rugby World Cup in Japan after a widely publicised punch up with England centre Ben Te’0.

“I felt I deserved a little bit more respect and empathy from my version of events. There was a phone call from him about not making it but the reason he used was unfair in terms of the Ben Te’o situation,” Brown said last year.  “He knew what happened. He knows literally everything, even when you’re away from camp. Our final chat wasn’t a good one. I didn’t like what happened, but he’s human and we can all handle situations better. It is what it is.”

"At the end of a tough training block, it was just a shame it ended the way it did and that was my last sort of moment being involved with England"

Speaking with RugbyPass recently, Brown outlined how he felt let down by Jones following the incident.

“It felt like that what happened to me was used as an excuse not to select me, which wasn’t the case I don’t think. Back then I wasn’t in a place to reply to him. Maybe if he did now I’m not sure, I probably would respond.

“It was a situation you don’t want to find yourself in, a situation I was trying to avoid the best way I could at the time and then for it to lead into not making the World Cup squad, all of that put together it just created an incredibly tough time for me. 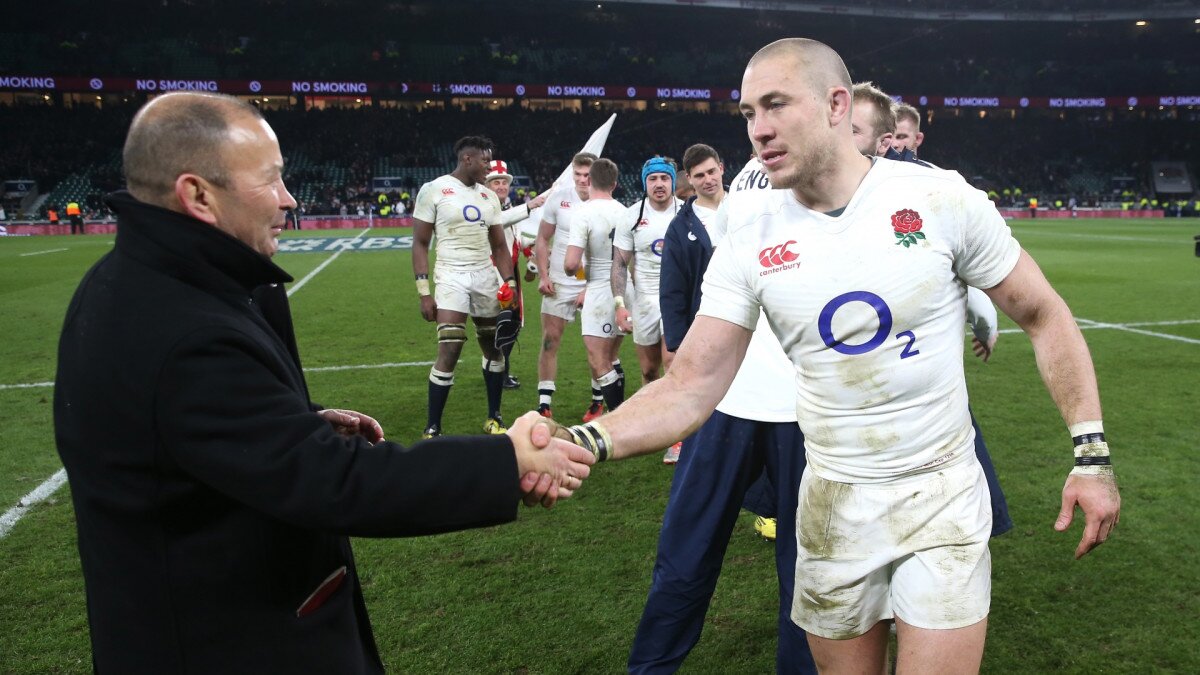 “No knew what happened and I was just keeping my head down. It wasn’t my place to say things. So yeah, it was tough, but mainly because I didn’t go to the World Cup. I was still playing some of my best rugby. I was told I was just a defensive full-back whereas Elliot Daly was an attacking full-back.

“But my performances and stats for Quins were great. Like, my attack stats were the best they had ever been since I started playing rugby, so I wasn’t really sure what else I could do. So that added together with the Ben Te’o situation made it a tough time. Things happened on a social.

“I’m not a bit drinker,” continued the player first capped for England in 2007. “It was the same case for that social. I had a few at the end of an incredibly tough block of training and Eddie and the senior players had really emphasised the fact that we needed to socialise and enjoy these times together so I bought into that by having a few, probably two or three in the group of guys that were probably more sat having a social beer and having a chat and enjoying each other’s company.

'Can you imagine a Premiership club going ‘Right lads, we’re going skiing’. Absolutely no way… it was me, Bryan Habana & Duane Vermeulen learning to ski together' @Dmjattwood fell out of love with rugby at Bath but found it again, writes @heagneyl ??? https://t.co/QWWZQPD1Ek

“Te’o was more in with the group that wanted to get a bit loose and really enjoy the social. Each to their own but then you try to mix those two groups and things start to happen. The way Te’o is, he is a bit of a wind-up merchant, he likes to try and wind people up and obviously he had a few too many as well. Things then escalated.

“All I can say for myself is I tried the best way I could to avoid the situation. It would have been nice probably to have other staff and players trying to help me in that situation. Funnily enough, the only guys that did try and help me in this situation were the young guys from Quins, (Alex) Dombrandt and March (Joe Marchant) who really stepped up to try and quash the situation before it escalated which was nice actually to see that from them. But then it did escalate. Things happened and it is what it is, I guess.”

Reflecting on the outcome, Brown added: “A fat black eye to go with the non-selection as well. Te’o is a handy one with his fists. He doesn’t like to do a lot of rugby training but he does a lot of boxing on the side of the pitch and he definitely showed that in what he gave me that day.”