In pictures: The Lions begin training in South Africa

New Lions tour skipper Conor Murray insisted prior to Tuesday’s training field session in Johannesburg that there has been no discussion amongst Warren Gatland’s squad of 37 players about the validity of trying to play an eight-match, three-Test schedule amid tightening pandemic restrictions in South Africa.

The arrival of the 2021 Lions in South Africa on Monday coincided with a raft of new government measures aimed at trying to control the virus, but those measures haven’t sparked a discussion among the players about whether it is practical or not to hold a rugby tour in this type of a restrictive climate.

While the South African government has given the green light for the tour to start with this Saturday’s game against the Emirates Lions in Johannesburg, it remains to be seen if non-playing Lions tourists will even be allowed to go to the stadium in South Africa to watch the match.

An increased number of virus cases in the Gauteng region, which includes Johannesburg and Pretoria where the Springboks are playing Georgia this Friday, has forced South Africa into a level four lockdown, bringing with it travel restrictions, an alcohol ban and an overnight curfew.

The entire Springboks squad was even forced into isolation on Sunday after three players tested positive, but they have since been given the all-clear to resume preparations and their coach Jacques Nienaber insisted on Tuesday the tour wasn’t in jeopardy.

There was a quick catch-up on Sunday morning in Edinburgh before they went their separate ways…#LionsRugbyhttps://t.co/uSrflBCyNQ

His overview was followed a short time later by new skipper Murray giving his first observations on the Lions’ arrival on a tour where they got down to training at St Peter’s College in Johannesburg minus injured captain Alun Wyn Jones, who was ruled out of the tour with a dislocated shoulder following suffered in last Saturday’s Edinburgh win over Japan.

“No, there hasn’t. Not yet,” said Murray when asked if the viability of the Lions tour in South Africa has been discussed by the squad. “Obviously we are very aware of what is going on outside with the lockdown and things like that and there are the protocols, but we are here to put a smile on people’s faces, here and back at home.

“Since we have been here when the bus stops at traffic lights there are people beeping at us and smiling at us. There is a good buzz around us being here. We are very aware of the situation outside of the hotel. We literally go from the hotel to the training ground.

“But we are very much restricted on our movements at the moment as well. It’s a live document, things can change so quickly. We are here, we are very lucky to be doing what we are doing and very focused on putting on a show for people to get behind us and support us.” 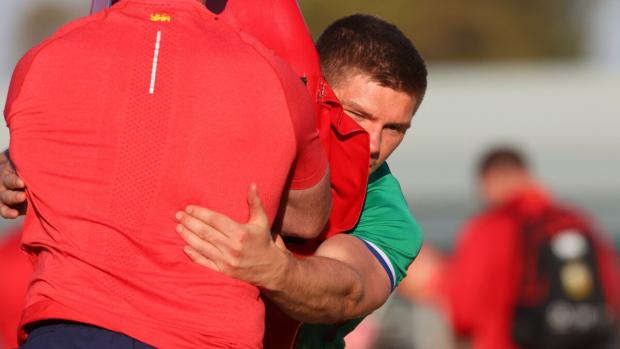 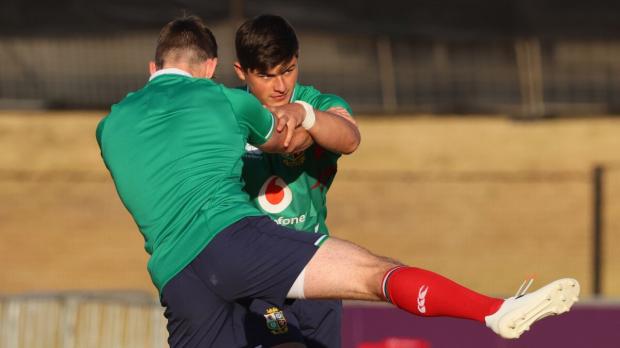