England fly-half George Ford kicked 16 points on his return from international duty as Leicester eased to a 26-12 victory over Newcastle at Welford Road.

The Tigers scored tries through Hanro Liebenberg and Charlie Clare to lift themselves up to seventh in the Gallagher Premiership table, three points off a Heineken Champions Cup place.

They managed to weather a period of the second half when they had two players in the sin bin without sustaining too much damage, although the Falcons largely lacked ideas in what was their sixth defeat in seven games.

In his first game back with Leicester following the Guinness Six Nations, Ford was quickly involved, as his pass sent Freddie Steward through, only for the young full-back to be tackled just a few metres short.

It was the forwards who got the Tigers up and running, however, as after Jasper Wiese was stopped just short, Richard Wigglesworth fed the ball out to Liebenberg, who stretched over to score.

Ford added the conversion and Dan Kelly preserved the hosts’ 7-0 lead with a superb tackle that bundled Newcastle’s Ben Stevenson into touch down the left wing before he could ground the ball over the try line.

Leicester’s advantage was extended by a Ford penalty after Darren Barry grabbed Liebenberg’s arm at a line-out.

The props square up… who's your money on?https://t.co/lHAR3qMoh5

The Falcons were testing the patience of referee Karl Dickson with their indiscipline, with an offside in front of the posts giving Ford an easy shot at goal, and another three points.

Dickson’s patience ran out at the end of the first half, when he sent Barry to the sin bin for failing to roll away, and Ford kicked the resulting penalty to take the score to 16-0 at the break. 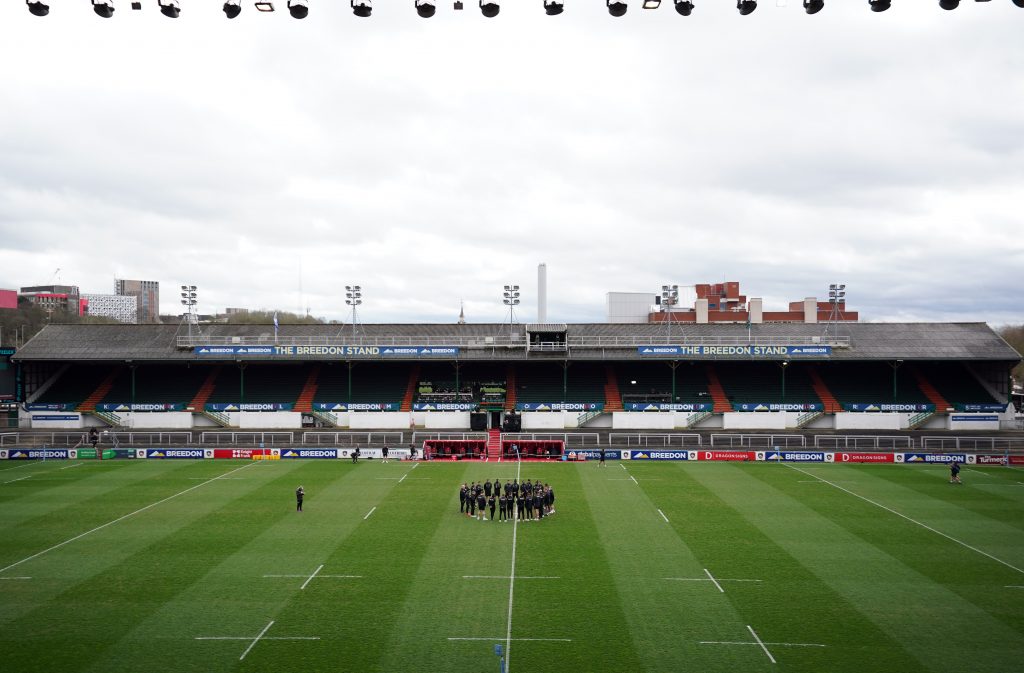 Newcastle were handed a boost, though, when Wiese was sin-binned for charging shoulder-first into a ruck in the 56th minute, and the hosts were soon down to 13 men following a high tackle from George Martin.

The Falcons finally got themselves on the board on the hour mark, as Will Welch managed to burrow his way over under the posts for a converted try. 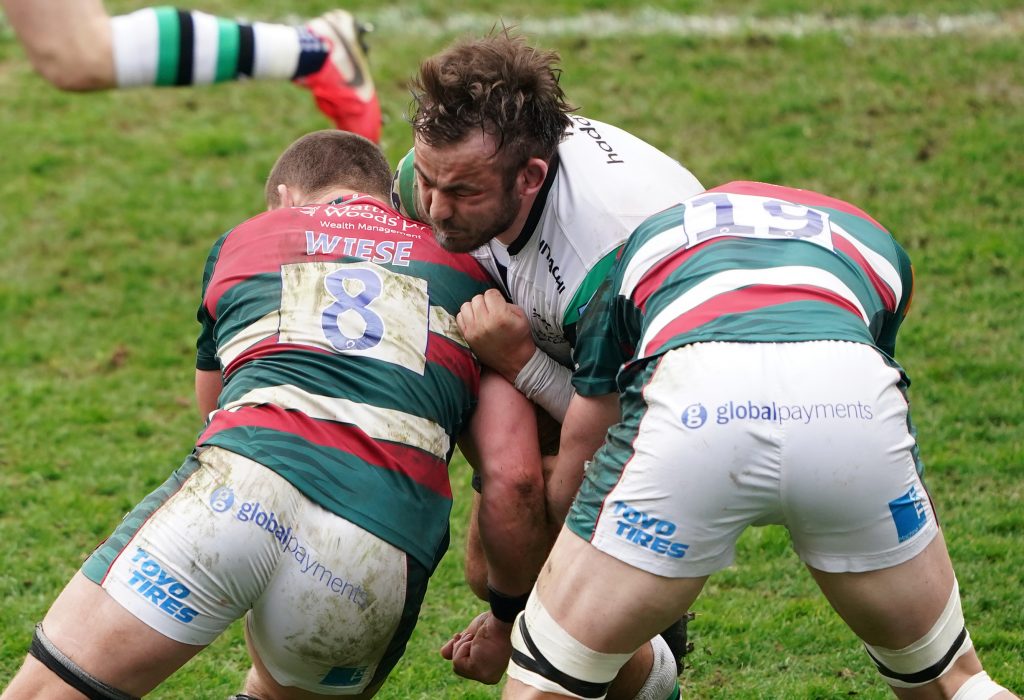 However, the depleted Tigers quickly extended their lead again through another Ford penalty, meaning the visitors still had it all to do, but Welch’s score was the extent of their comeback.

Now back up to full strength, Leicester had a Steward try ruled out for a high hit, off the ball, by Luan De Bruin but they did make sure of victory when Clare scored off the back of a driving maul.

There was still time for replacement Falcons scrum-half Sam Stuart to score a consolation try following a tapped penalty, but his smart play was merely a footnote.