Scotland international Byron McGuigan scored a hat-trick as Sale Sharks romped to a comfortable 41-13 triumph over London Irish at the AJ Bell Stadium.

Paddy Jackson provided Irish’s only response with a penalty and added a second three-pointer in the early part of the second period, but they were unable to get back into contest.

Instead, the Sharks increased their lead through Arron Reed to seal the bonus-point and make sure of the win before McGuigan went over twice more.

It means Sanderson’s charges remain in fourth place and strengthen their position over their rivals below, including sixth-placed Irish.

Sale’s new boss once again decided to rotate his squad, something which has been their undoing in recent times, but they were sharp throughout on Sunday. 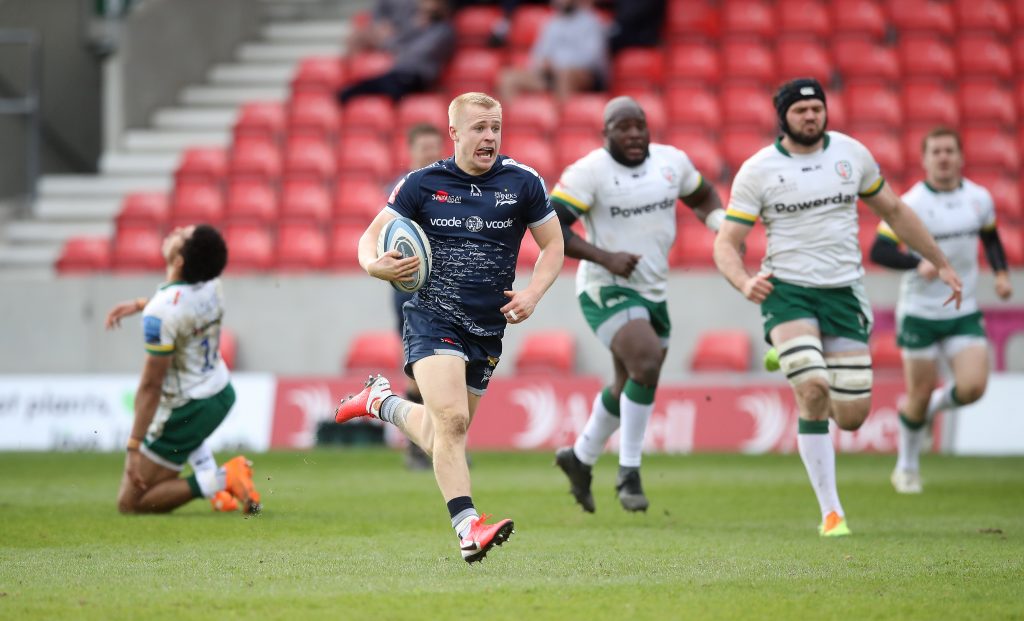 They pressurised the Exiles into early errors and forced them to concede a number of infringements. One of those penalties led to a yellow card for Theo Brophy-Clews and the hosts benefited from the man advantage as Rob du Preez sent Hammersley across the whitewash.

Although Irish responded via a penalty from Jackson, the Sharks were dominant and often found their way inside the opposition 22, but it initially failed to show on the scoreboard.

Declan Kidney’s men are a much more stubborn outfit nowadays and they defended stoutly, although they were thankful for two tries being ruled out. 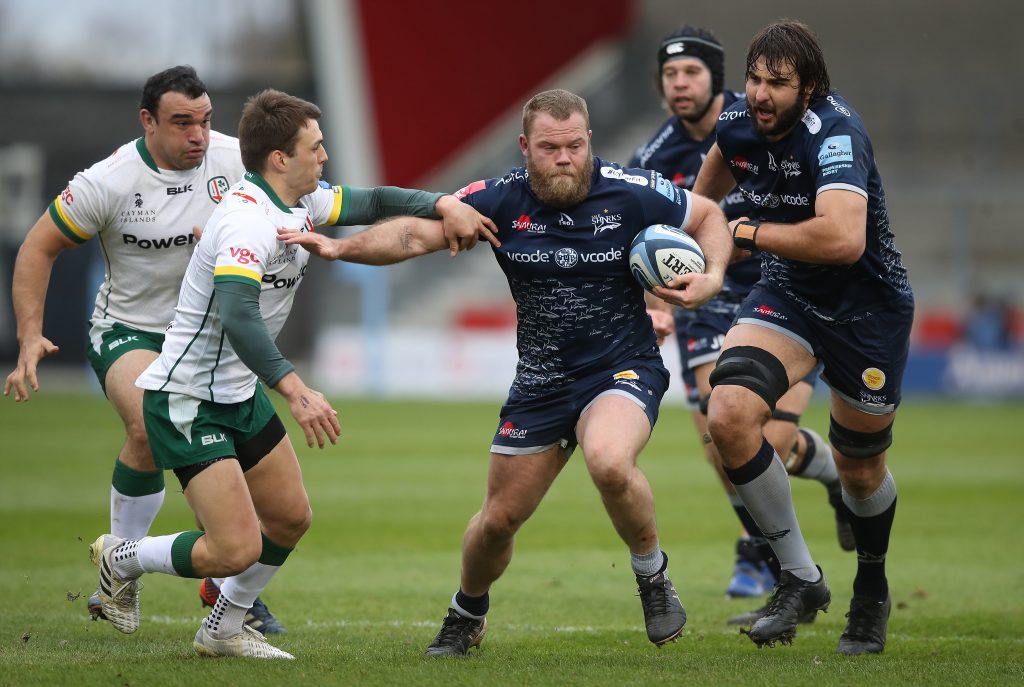 McGuigan and De Jager were denied by knock-ons, leading to frustration in the Greater Manchester outfit’s ranks, but that soon turned to delight as both those players eventually managed to get on the scoresheet.

The lock’s came from a simple short-range burst before the wing latched onto Faf de Klerk’s deft kick through to increase the hosts’ lead to 19-3 heading towards the break.

There was still time for Sale to have yet another try chalked off, however, this time from Jean-Luc du Preez, as there was a forward pass from De Klerk to Jono Ross in the build-up. 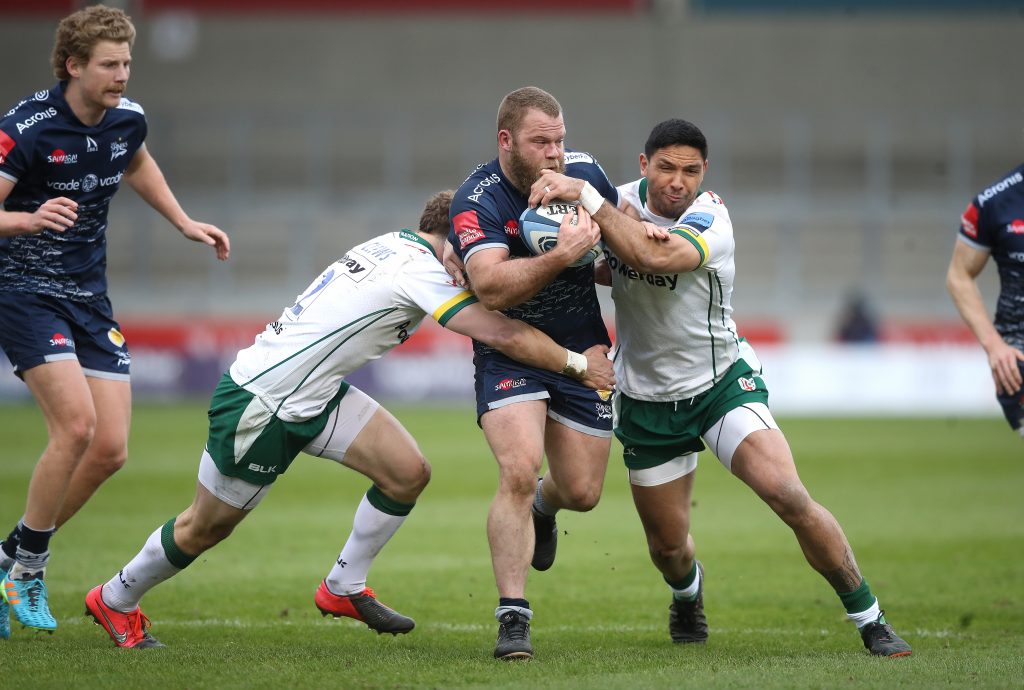 Irish had been poor in the first half but they played with far more energy at the start of the second. It led to a penalty for Jackson, while they were boosted further when Coenie Oosthuizen was sin-binned for a no-arms tackle.

With the South African tighthead off the field, the visitors looked to stretch the play and they had some success, creating an opportunity out wide, but it was needlessly kicked away.

Kidney’s men were looking to move the ball from everywhere but that strategy comes with risks and, sure enough, they lost possession straight into the arms of Sale’s Reed. 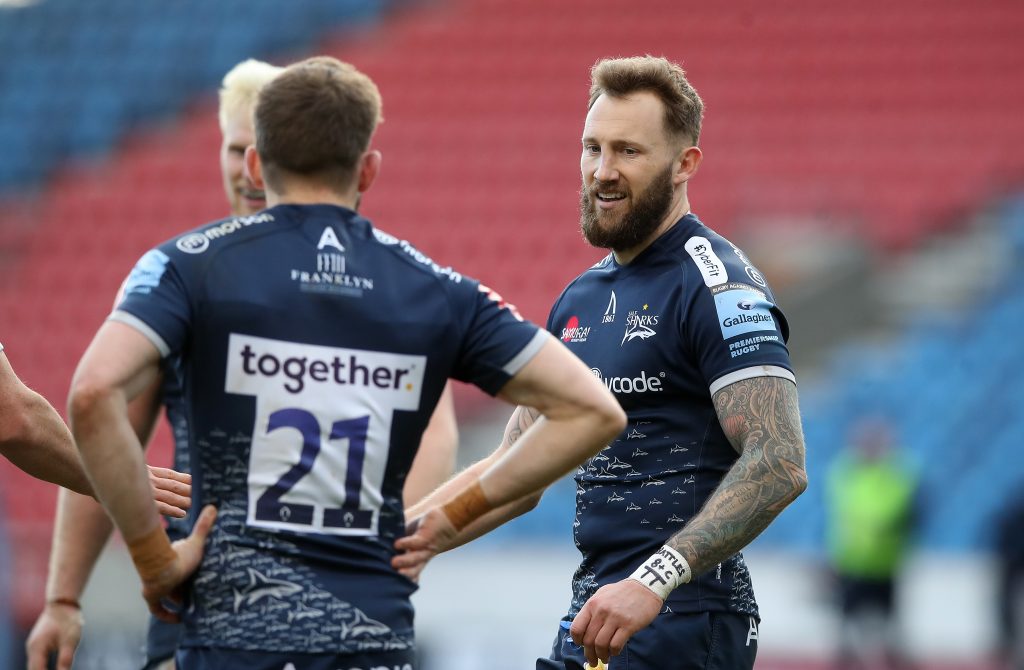 The wing still had plenty to do but he weaved in and out, handed off the covering Ben Loader, and scampered over for the match-sealing score.

Despite conceding another try to McGuigan, the Exiles kept going and were rewarded as Ben Donnell crossed the whitewash, but Sale had the final word when AJ MacGinty added a penalty and their Scotland wing completed his hat-trick.