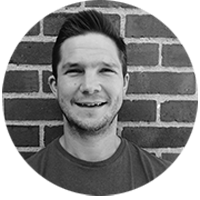 Dedications for the new James Haskell book What A Flanker! – which is out today, October 1 – portray exactly the type of autobiography rugby fans might expect from the retired England player: loud, unabashed, funny, lewd and heavy on the anecdotes.

Amazon have described it as “the funniest sports biography you’ll read in 2020”, Waterstones say it “delves into the touring, drinking, training, eating and sometimes unconscionable antics of the professional rugby player”, while Haskell himself promises it to be “a laugh-a-minute”.

Yet the man who acted as Haskell’s ghostwriter for What A Flanker! – former BBC sports journalist Ben Dirs – was left with an altogether different impression of the 77-cap Test back row.

James Hook on retirement, his new book and how many Wales players will make the 2021 Lions

“James Haskell worked way harder than almost anyone else in rugby,” Dirs told RugbyPass. “At the peak of his extras, he was training with Wasps during the day and then going off to do extra work with Margot Wells the sprint coach.

“At Stade Francais, the French thought he was a weirdo because he was so professional – they used to call him ‘la machine‘. He would take the Eurostar back to England every Tuesday just to see his personal physio, and he was doing loads of other stuff which people probably thought, ‘What are you doing?’ Cage fighting for example. I imagine, had he not worked as hard as he did, he would have faded away.”

Its out!!! To day is the day What A Flanker is published. You can get it anywhere you get your physical books. Its out on e reader and of course an audio book version.
Please share your feedback, you are going to love it https://t.co/B3LeawBIh9 pic.twitter.com/6ea97K8eVz

Haskell the uber-professional is not the impression you might expect to take from a book which is packed with the type of high jinx and humour the Englishman is famed for. Like the end-of-season barbecue that Haskell hosted for his Highlanders teammates which descended into a bonfire of Haskell’s furniture.

Or the Thames boat trip which played its part in Haskell losing the Wasps captaincy, or the night-out in Fulham after Wasps won the 2007 Heineken Cup where Haskell’s jeans were ripped into a pair of Daisy Dukes leaving him tackle-out for the evening. The book catalogues plenty more such episodes, and the humour follows.

Capturing Haskell’s humour was one of the key reasons Dirs got the job as his ghostwriter, and it’s also one of the main reasons Haskell is so well-liked within rugby despite his reputation for being “a bit of a tit”.

Dirs said: “One of the themes of the book is, Who is James Haskell? Is he the person the public think he is? No, he isn’t. James says himself that people think he’s a bit of a tit! And he became this personification of everything all the other countries hated about England rugby players: public school, extremely posh, Wellington College-educated, very privileged, loud.

“There’s a quote from Rory Best saying that when Haskell was called up to the Lions in 2017 he thought, ‘Oh God, anyone but James Haskell’. Everyone he has ever played with thinks he is going to be a p***k but he quickly defuses them of that. He’s just very funny in that very keen way.

“People will be surprised by his level of self-awareness and self-deprecation. People will find him genuinely funny and not just England fans, anyone will. There is some serious stuff in there too. He’s not as self-assured as you might think. He’s had doubts about his ability his whole career so there is an element that his confidence is a front.”

Having also written books with the likes of cricketer Andrew Flintoff and Curtis Woodhouse, the professional footballer who became a boxing champion, Dirs is an expert hand at getting sportspeople to open up, whether under his own name or as a ghostwriter.

“He was very professional,” continued Dirs about Haskell’s involvement in the book. “He wanted it done properly. I’ve done books before where the subject has never read it and it just goes to press. I’m like, ‘I hope I didn’t add anything they don’t like because we’re going to find out now!’

“There was none of that with Haskell. He was all over it, at every stage. Which was a good thing because it makes you realise they care, which was nice. The main thing is he was a very nice man, polite, generous with his time, punctual. Never let me down on a meeting. He’s a very professional man full-stop.

“Let’s just say he was quite granular (when reviewing drafts of the book). But if I was going to write a book and got a ghostwriter in, I would want to make sure it was exactly as I wanted it.”

Extracts from the book have already been serialised by the Daily Telegraph, with some featuring Haskell’s views of England’s disastrous 2011 and 2015 World Cup campaigns. While Haskell doesn’t spare anyone’s blushes, he justifies any criticisms and balances them with praise where it’s due.

Dirs added: “If you’re reading it as a book where he’s just slaughtering everyone it’s certainly not that for the reason that he gets on with most people. But he’s not afraid to single people out. I get the impression he doesn’t like hypocrisy.”

What was also clear to Dirs is that this book is no career sign-off for Haskell. “He’s so professional that he will be a success whatever he goes on to do. I don’t know where he’ll pop up, it could be anywhere. But he will be remembered for other things as well as rugby.”

"Many Northampton fans didn’t want me & were very outspoken. They assumed I was on mega wedge, not the academy contract that I essentially signed"@jameshaskell on hateful fan sites, I'm a Celebrity edits screwing him; MMA, BLM & more w/@heagneyl ???https://t.co/9SsEeGT790