END_OF_DOCUMENT_TOKEN_TO_BE_REPLACED

Chris Robshaw’s final match at Twickenham Stoop ended in frustration as Harlequins fell to a 32-23 Gallagher Premiership defeat against Wasps that hinged on the red card shown to Elia Elia.

Elia ushered in an anxious final half-hour after he was sent off by referee Luke Pearce for a dangerous tackle on Dan Robson that tipped the Wasps scrum-half past the horizontal.

Until that point Quins had been in full control, reflected by a 20-8 lead built on two tries by Alex Dombrandt and one more from Marcus Smith, but which owed everything to Robshaw’s feverish work at the breakdown.

Elia’s dismissal shifted the balance instantly, however, and the contest became a question of whether Wasps could overhaul the deficit in the 27 minutes available.

Tries from Gabriel Oghre, Thomas Young and Jack Willis accomplished the mission in a bonus-point victory that keeps a home semi-final within grasp and continues a stunning post-lockdown run that now reads seven wins in eight games.

The scrum creaked alarmingly as a result, but they eventually steadied the set-piece and established a commanding position that slipped away as Robshaw brought down the curtain on his 16 years at the club he is leaving for San Diego Legion.

Players from both sides clapped Robshaw’s entrance onto the pitch as fireworks exploded from the DHL Stand and when play started, the England captain was attempting to halt an early onslaught.

Only handling errors prevented Wasps from making a more emphatic start, but with the home scrum already retreating at an alarming rate they had their hand on the jugular.

When their set-piece crumbled close to their line, Wasps powered forward to allow number eight Tom Willis to gather and touch down after a few seconds spent controlling the ball with his feet.

Just as Quins appeared to have suffered another blow with James Chisholm limping off, the back row’s replacement Dombrandt produced two big carries moments after coming on with the second sweeping over the whitewash. 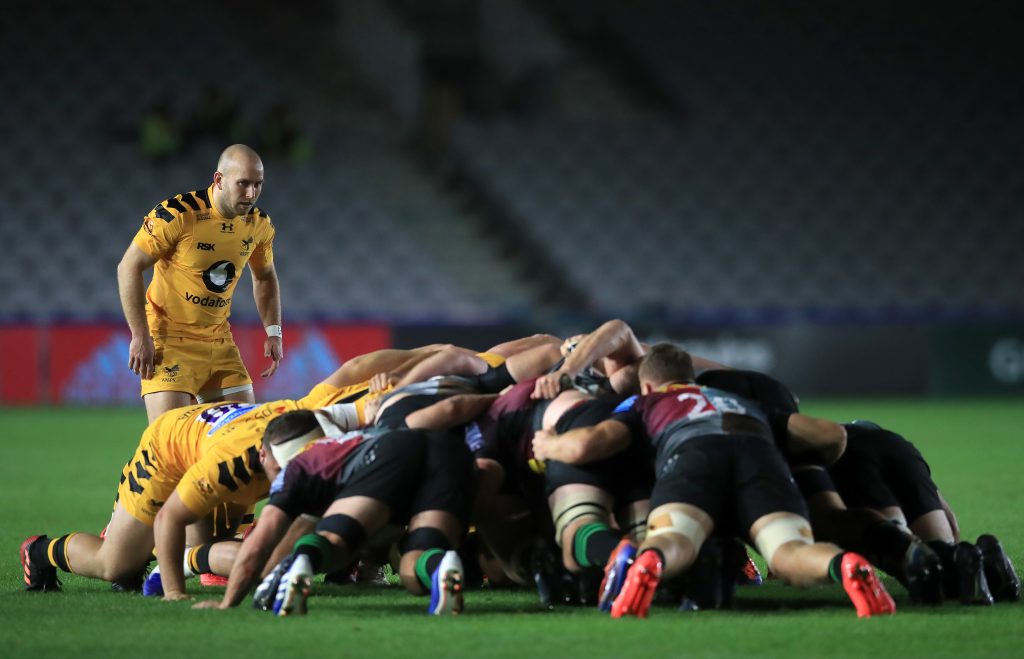 Robshaw’s pressing at a line-out had launched the attack and the 34-year-old continued to excel, with successive turnovers the prelude to the next try as the fightback gathered pace.

Dombrandt was over again on the half-hour mark courtesy of a clever line and cute pass from Elia that had the visiting backroom staff screaming “forward”, but it was also poor defending by Wasps.

An exchange of penalties between Jimmy Gopperth and Smith punished scrum infringements from both sides before early in the second half Quins’ lead was extended by a moment of individual brilliance by their young fly-half. 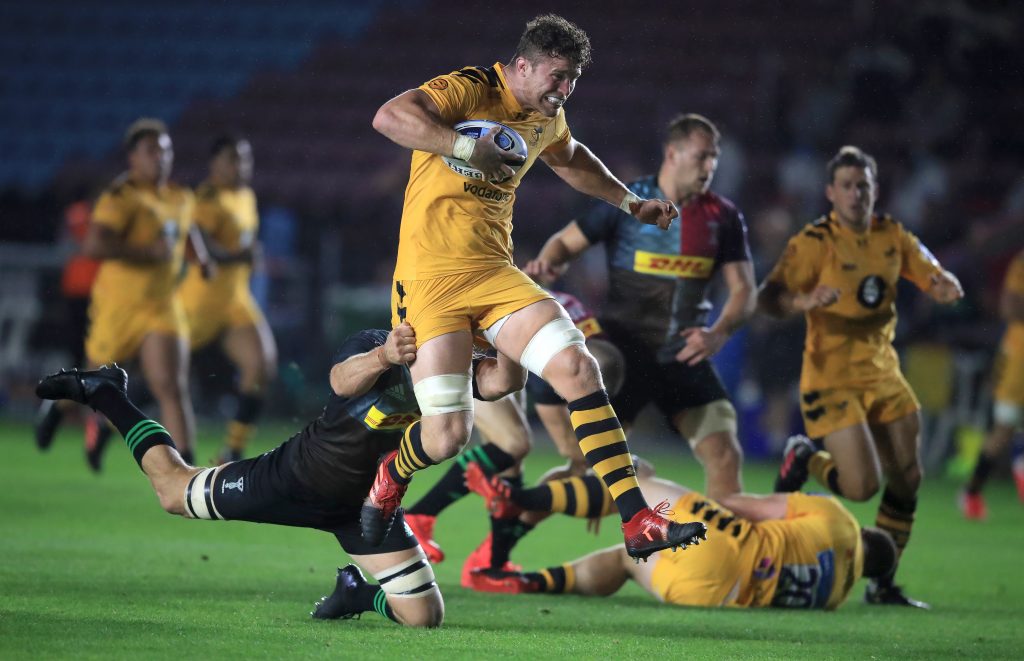 Typically, Wasps were dispossessed by Robshaw on the floor and several phases later Smith caught Jacob Umaga’s kick and chipped over the defensive line where he retrieved the ball from under the nose of Robson before accelerating around Umaga to score.

Elia’s moment of madness gave the title contenders renewed hope, however, and they hit back in the 56th minute when a sustained assault on the line ended when Oghre burrowed over. 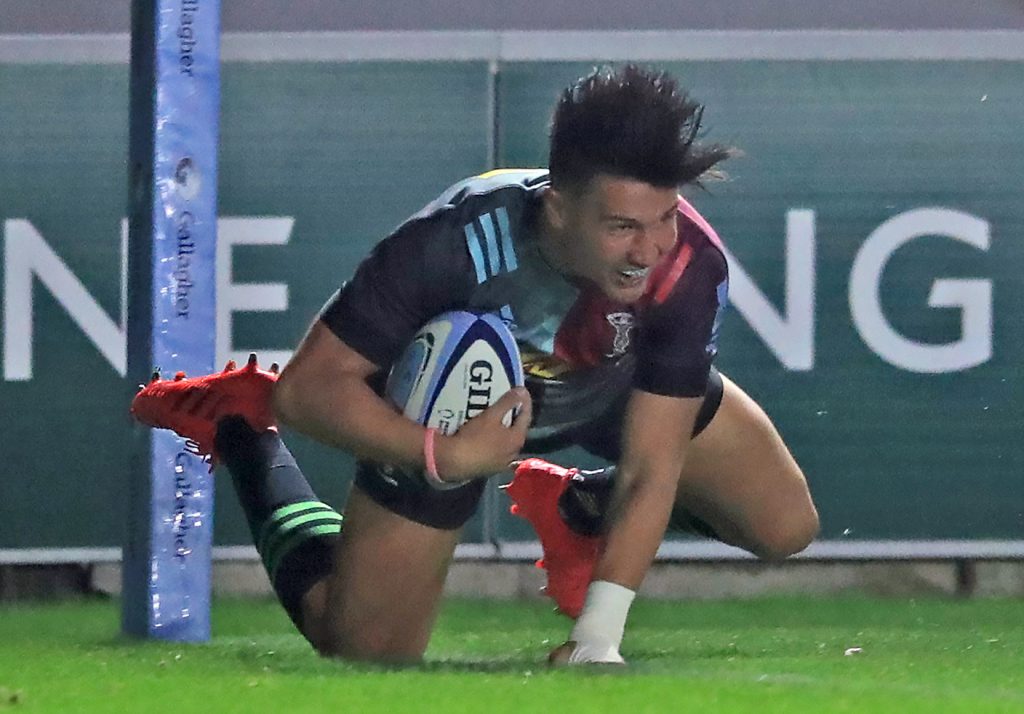 The tide was turning and Jack Willis had a try disallowed because of a knock-on and with holes now appearing across the field, a long pass from Robson sent Young over.

And the killer blow was landed with three minutes to spare when Jack Willis charged down Mike Brown’s kick to gather and score.